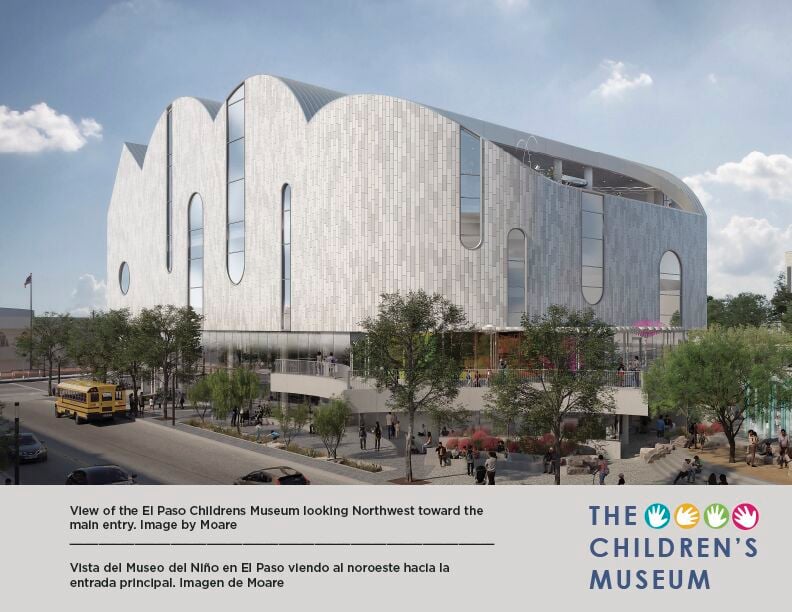 The building is topped by a rippling succession of barrel vaults that soar to a cloud-like crown, like the clouds that hover over the El Paso borderland. 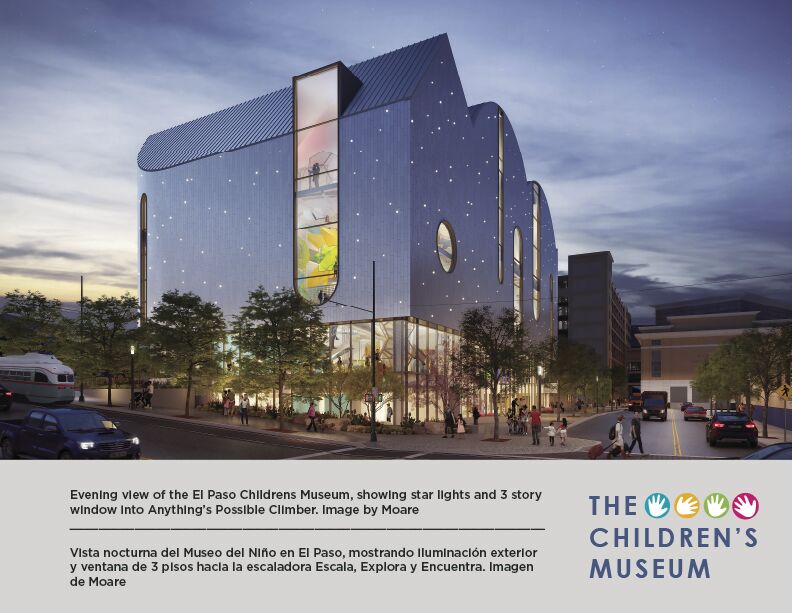 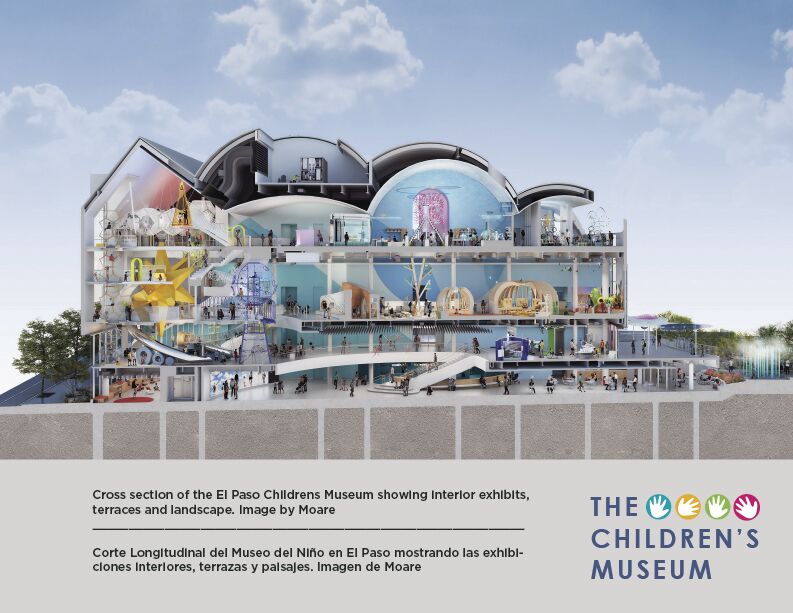 A 60-foot atrium offers views of a climbing structure that risis from the second to fourth floors. 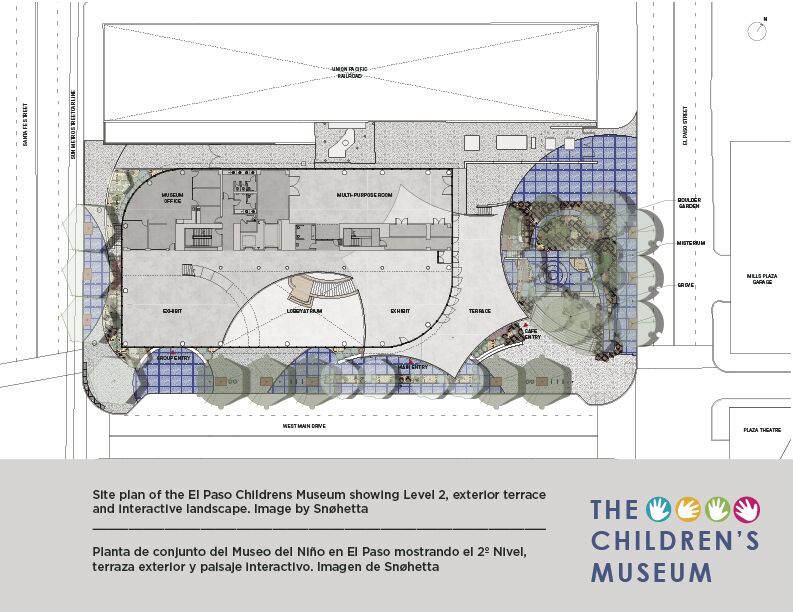 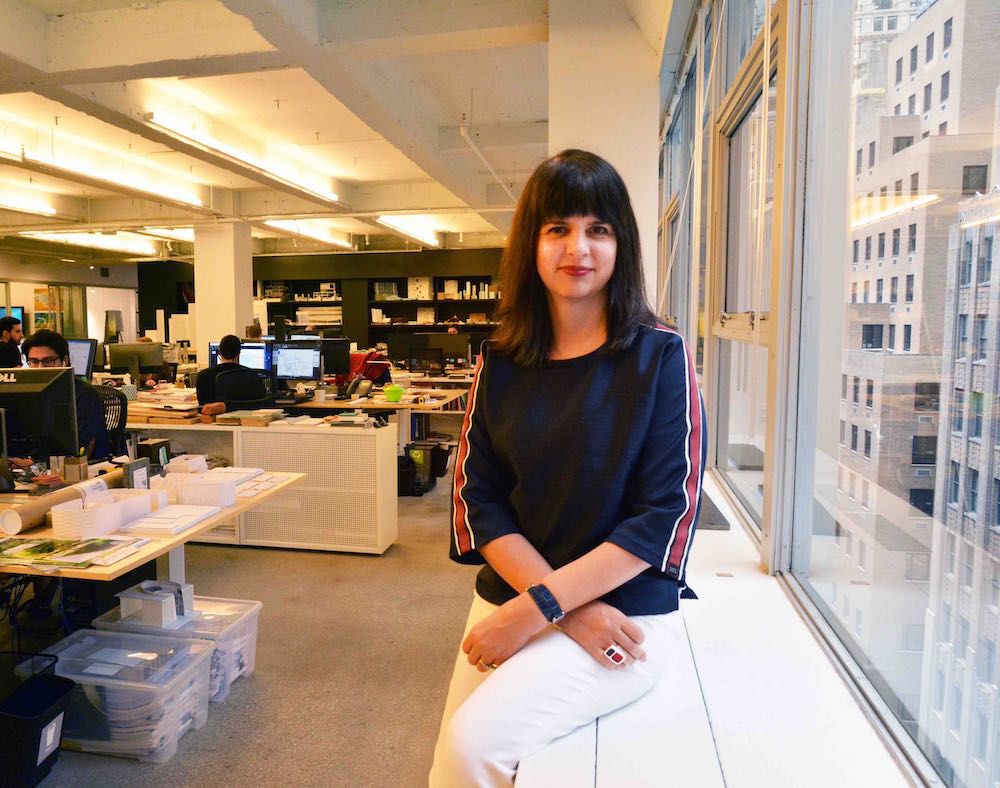 The building is topped by a rippling succession of barrel vaults that soar to a cloud-like crown, like the clouds that hover over the El Paso borderland.

Eight years after El Paso voters approved the project, and six months into a pandemic that at times has felt as long as eight years, the El Paso Children’s Museum had its groundbreaking.

The ground was officially broken by children of museum board members and donors. The museum does not yet have an official name, and, in the meantime, is being called The Children’s Museum.

“It’s a real honor and privilege to be here not really representing the city, but representing my three grandchildren, who are fifth-generation El Pasoans,” El Paso Mayor Dee Margo said at the ceremony Thursday.

Stephanie Otero, vice president of operations at the El Paso Community Foundation, and interim executive director of The Children’s Museum, said the project will complete the Downtown arts district.

The museum is slated for completion in fall 2022 at the corner of Santa Fe and Main, next to the El Paso Museum of Art. The site was previously home to part of the Greyhound bus operations.

The 70,000-square-foot museum will have four floors and feature a cloud-like design that looks like it could both absorb and reflect the surrounding sky.

Because of the COVID-19 pandemic, the event didn’t feature quite the grand kickoff organizers imagined for one the 2012 quality of life bond’s signature projects. But it still brought together project leaders, designers and museum stakeholders.

“One of the reasons we held off for so long was because we hoped things would get better. We imagined kids performing, playing music and all that,” Otero said.

Otero became interim executive director of the museum after Paul Kortenaar, the former director, left in March to be CEO of the Ontario Science Centre in Toronto.

She said the museum is conducting a search for a permanent director, but that COVID-19 has made the search go a bit slower.

“This is not an easy time to move a family,” Otero said. “Virtual school is hard enough. We’re hoping to have someone maybe in the early part of next year.”

At Thursday’s socially-distanced event, Snøhetta, the architecture firm designing the museum, unveiled its final rendering for the project. The design is different from the initial concepts that were shown in the months leading up to the groundbreaking.

Elaine Molinar, partner and managing director at Snøhetta, and lead principal on the Children’s Museum project, was in El Paso Thursday for the groundbreaking. She is a graduate of Coronado High School.

“It’s our hope that with the museum in this location, so close to the border in one of the largest binational communities in the western hemisphere, that it’ll play a meaningful role in reinforcing the strong ties that we already are so fortunate to enjoy between our communities,” Molinar said.

Also at the groundbreaking was Josh Hunt, the museum’s board chair, and Eric Pearson, president and CEO of the El Paso Community Foundation.

Pearson said the city has allocated about $40 million for the museum, and Hunt said about $25 million in private grants and donations has been raised. The museum is still actively looking for donors.

Snøhetta is working with Exigo Architecture, a local firm, on the project. The museum will feature 10 exhibits, Otero said, which are being designed by Gyroscope Inc.

Otero said they conducted research into what type of museum The Children’s Museum should be, and said it will be a hybrid-type museum with an emphasis on STEAM learning, which stands for science, technology, engineering, art and math.

The museum will also be open to all ages and fully accessible in English and Spanish, as well as for children with disabilities or sensory differences.

“Oftentimes museums just translate word for word from English into other languages. It loses the meaning for the person reading it in another language, so we’re very committed to a bicultural translation,” Otero said.