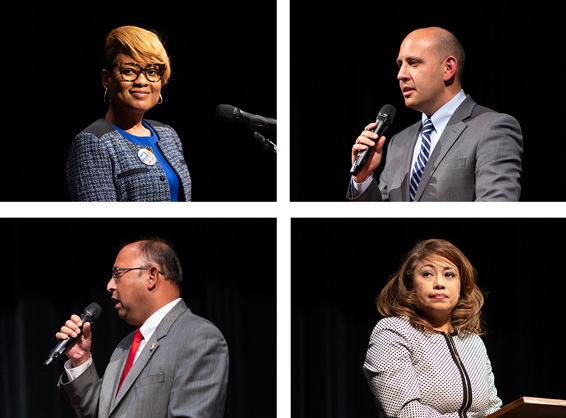 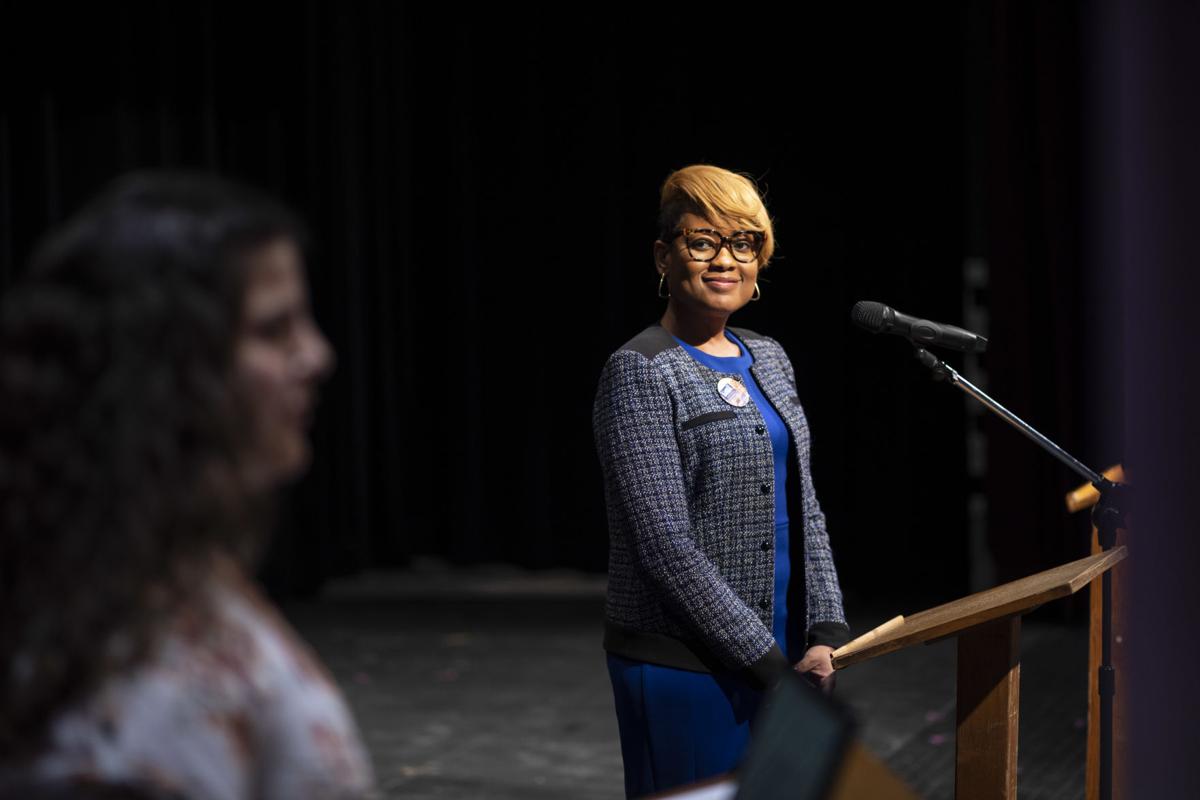 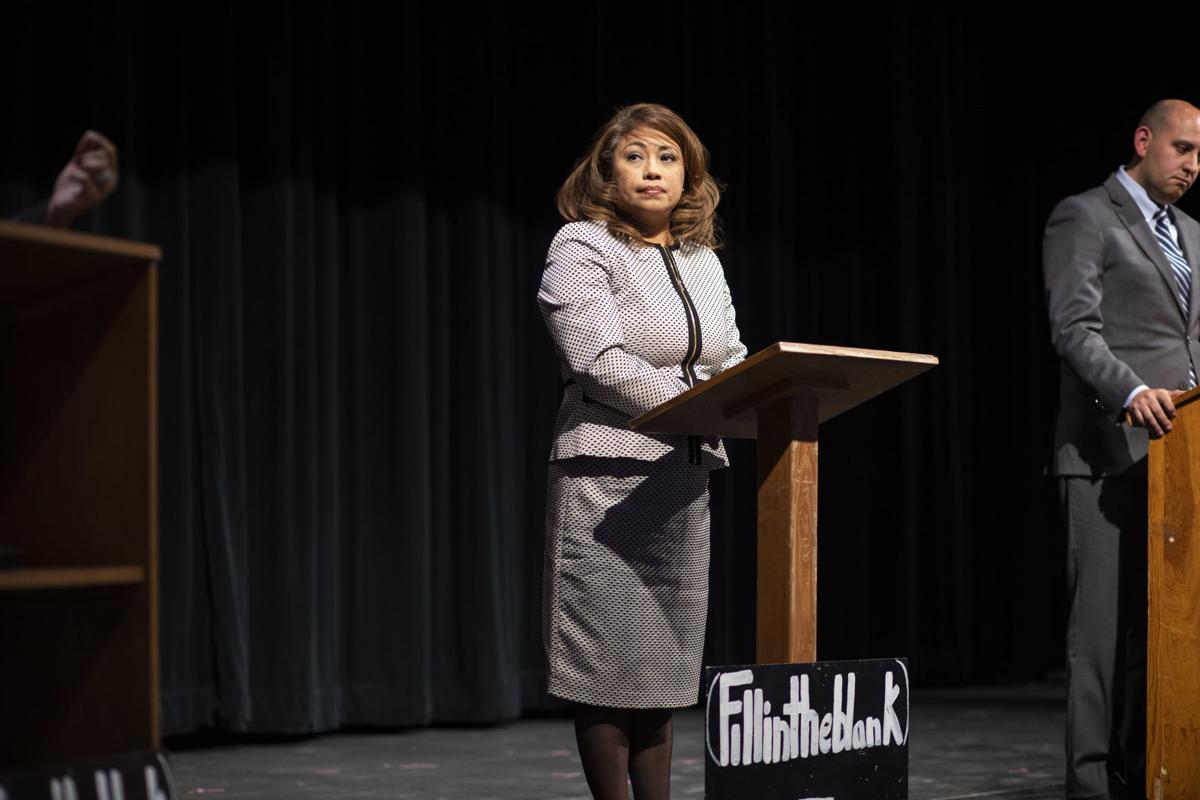 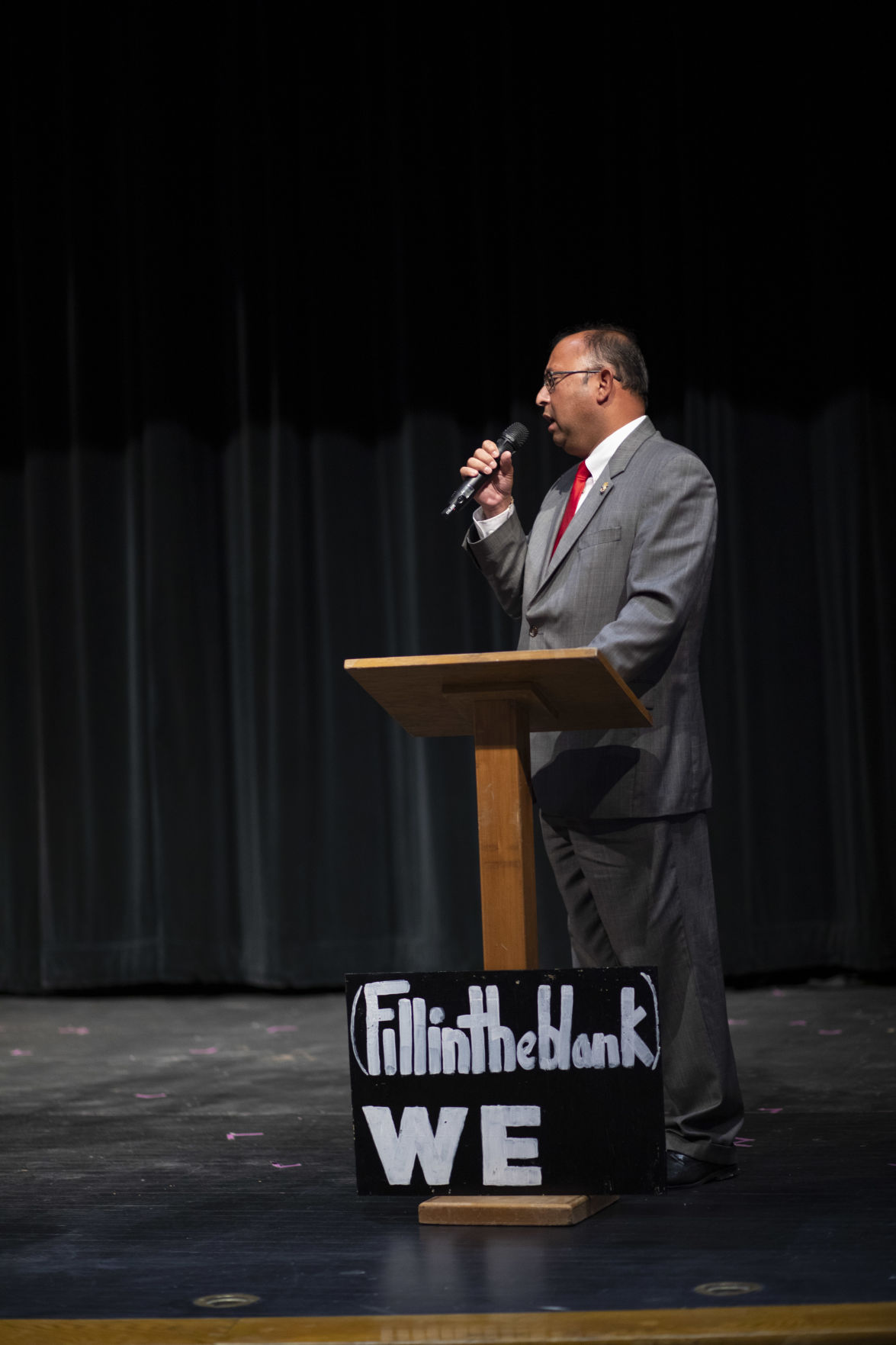 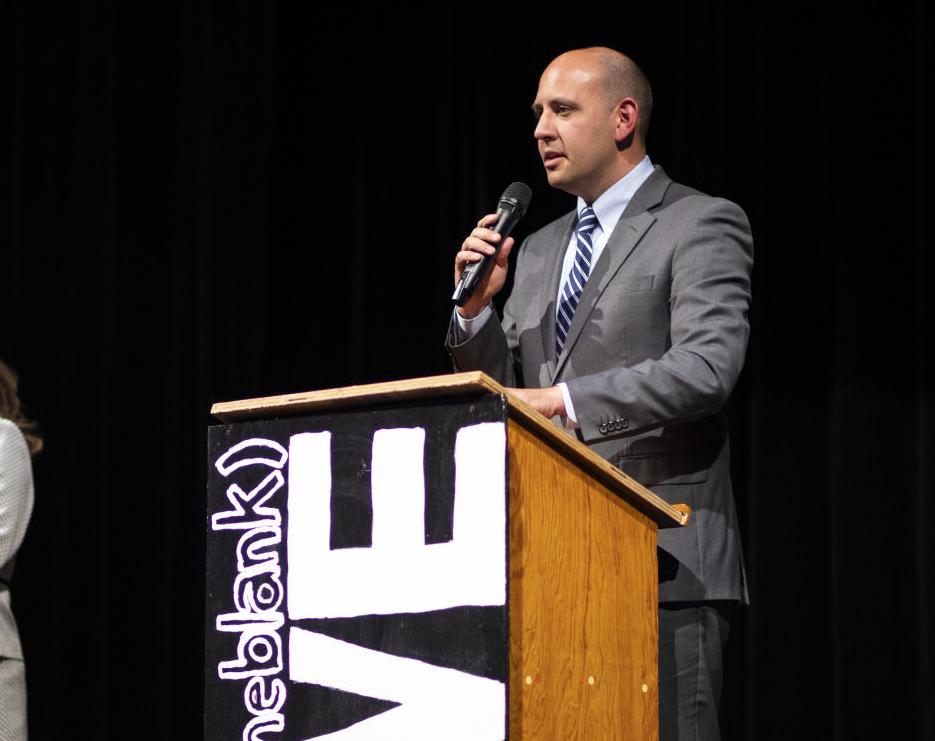 In the four-way race for El Paso County district attorney, the job Jaime Esparza has held for 28 years, there’s a long list of issues that include him and office policies the candidates say they’ll change if elected.

Also a target of jabs from candidates in the race is James Montoya, the only candidate who is still a prosecutor in Esparza’s office.

He won the El Paso Bar Poll conducted in February. Of the 197 El Paso lawyers who participated, he got 104 votes for district attorney or 53%, followed by candidates Yvonne Rosales with 44 votes, Karen Dykes with 38 and Roger Montoya, 11.

Rosales challenged Esparza four years ago and nearly beat him, receiving 49% of the votes in the Democratic primary. This year, Esparza is not running. He announced in July that he wouldn’t seek re-election.

Rosales led off with her criticism of one of Esparza’s long-standing policies at the WE(fillintheblank) forum for Democratic district attorney candidates Feb. 18 at Franklin High School.

No Republican is running.

“Currently, there’s a policy that says all family violence cases are going to be treated the same, irrespective of a defendant’s criminal history or lack of one and regardless of whether a victim wants to drop the charges,” Rosales said. “I think there are cases that are very distinguishable.

Striking a note the other candidates also hit, she said, “We need to be fair and objective, and not have a cookie-cutter for everything.

“We need to be looking at cases on an individual basis.”

In office since 1992, Esparza has been active on domestic violence issues for years and has taken a hardline on prosecutions.

But Rosales contends that his “policy of no dismissal or no deferred adjudication or no anger management classes is causing a backlog in the courts.”

James Montoya said El Pasoans are surprisingly supportive and trustful of law enforcement and that he would try to uphold that faith by not playing favorites when it comes to prosecuting white-collar crime, law officers and public officials.

“I think public trust in our institutions is undermined when people feel like certain people are treated favorably,” he said. “One of the cases I think hurt people’s trust was a very blatant Open Meetings violation several years ago.”

That was a gathering of El Paso City Council members in 2016 that briefly included a quorum of the council during an informal negotiating session in the early days of the Downtown arena debate.

“That was a case where the public deserved a better explanation for why we did not prosecute,” James Montoya said.

Karen Dykes, who started her legal career in the district attorney’s office in 2007, is now the El Paso attorney for the Combined Law Enforcement Associations of Texas, or CLEAT, which represents the police and sheriff deputies’ unions.

She said her first priority, if elected, would be to end prosecutions for minor marijuana offenses.

Esparza has already established a diversion program for first offenders, but other candidates in the race said they would expand it.

Dykes said her second priority would be the establishment of a conviction integrity unit within the district attorney’s office to “ensure there are no wrongful convictions.”

She also said a “more nuanced” approach to domestic violence cases is needed and told a story about a high school boy who was charged and jailed for domestic violence over a minor incident that unnecessarily dragged him “through the criminal justice process for two years.”

“Domestic violence is currently backlogged with thousands of cases,” she said, “We are technically ruining people’s lives.”

Roger Montoya, who’s been a lawyer for 21 years, said he’s running because he too sees a need for changes in an office that has seen few changes in policies or practices for three decades.

“I want to change the thinking of the DA’s office to the new era that we’re entering,” he said. “I firmly believe there is a criminal justice reform movement taking shape in the country.

“I do believe in that movement to treat vulnerable populations more fairly. I don’t think we need to be pursuing convictions for convictions’ sake.”

While he too would relax prosecutions for minor possession of marijuana,

In the race for El Paso County sheriff, incumbent Richard Wiles has 12 years in office and is seeking a fourth term. He faces three challenger…