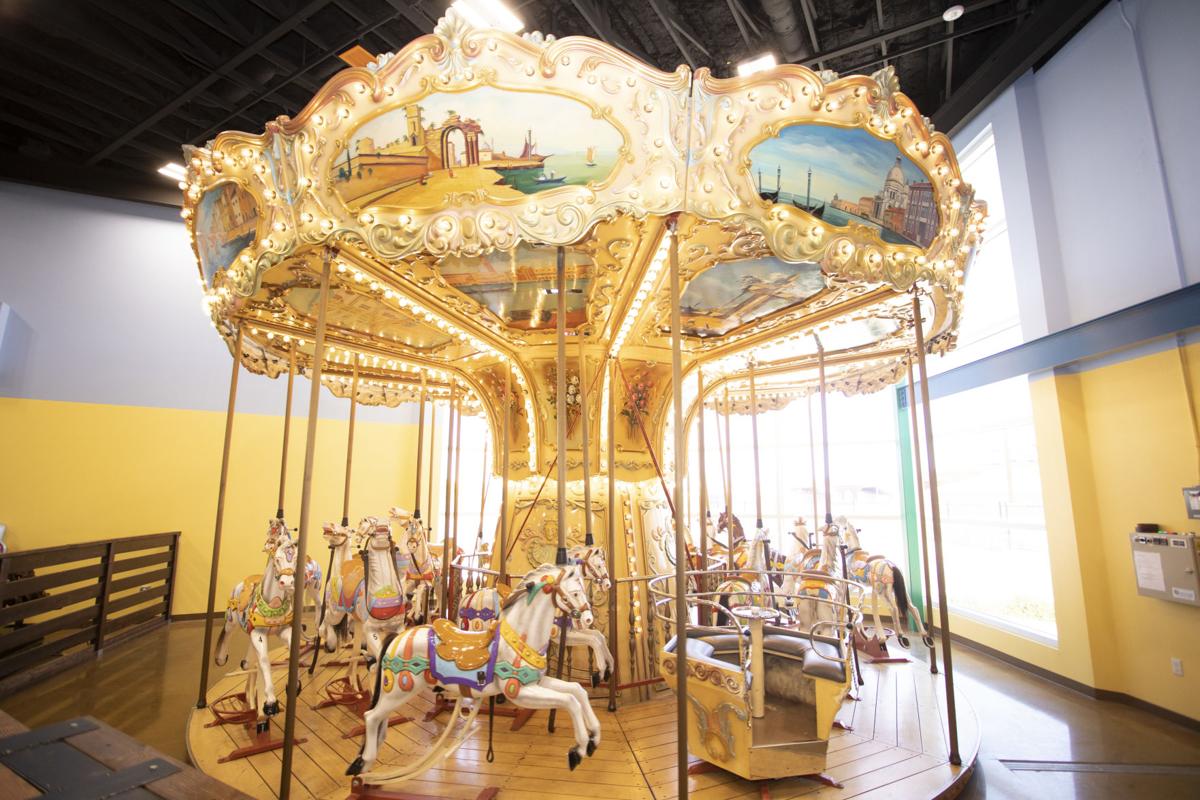 A full-size carousel is also available to patients while they wait. 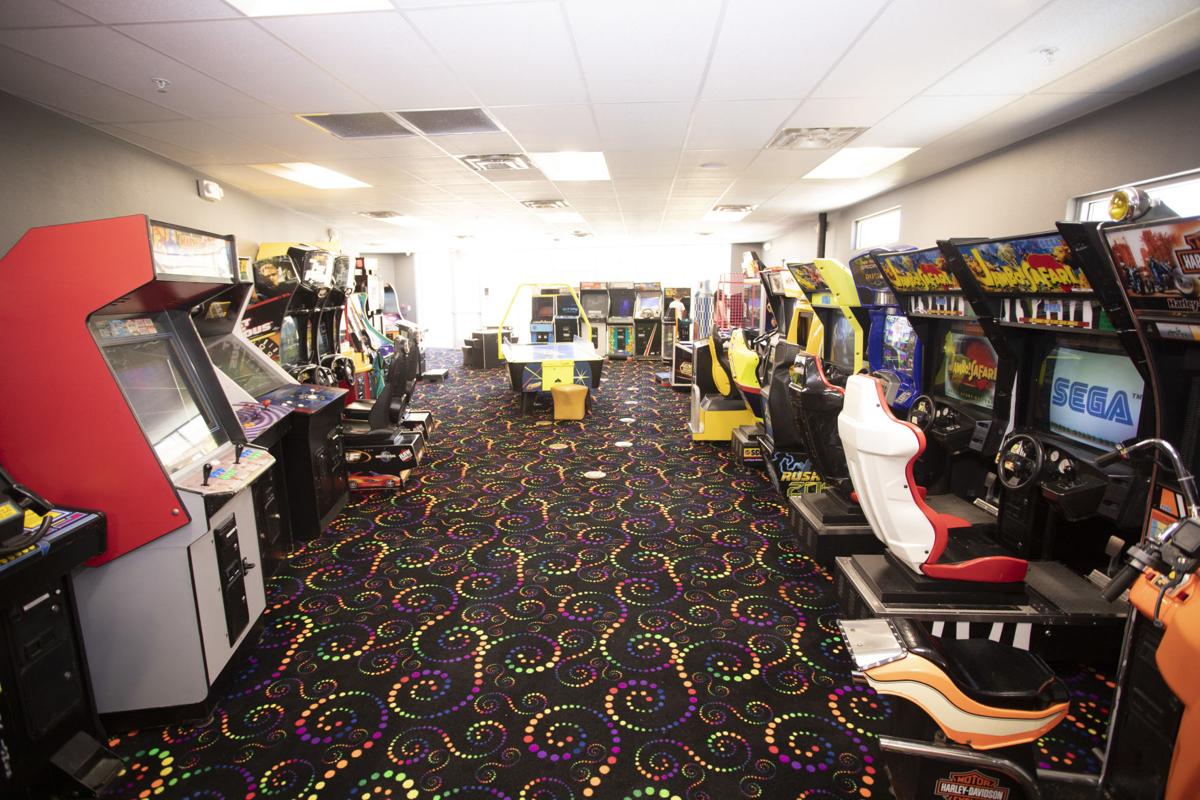 The Texas Kids Dental office at Americas Avenue has a free-play arcade. 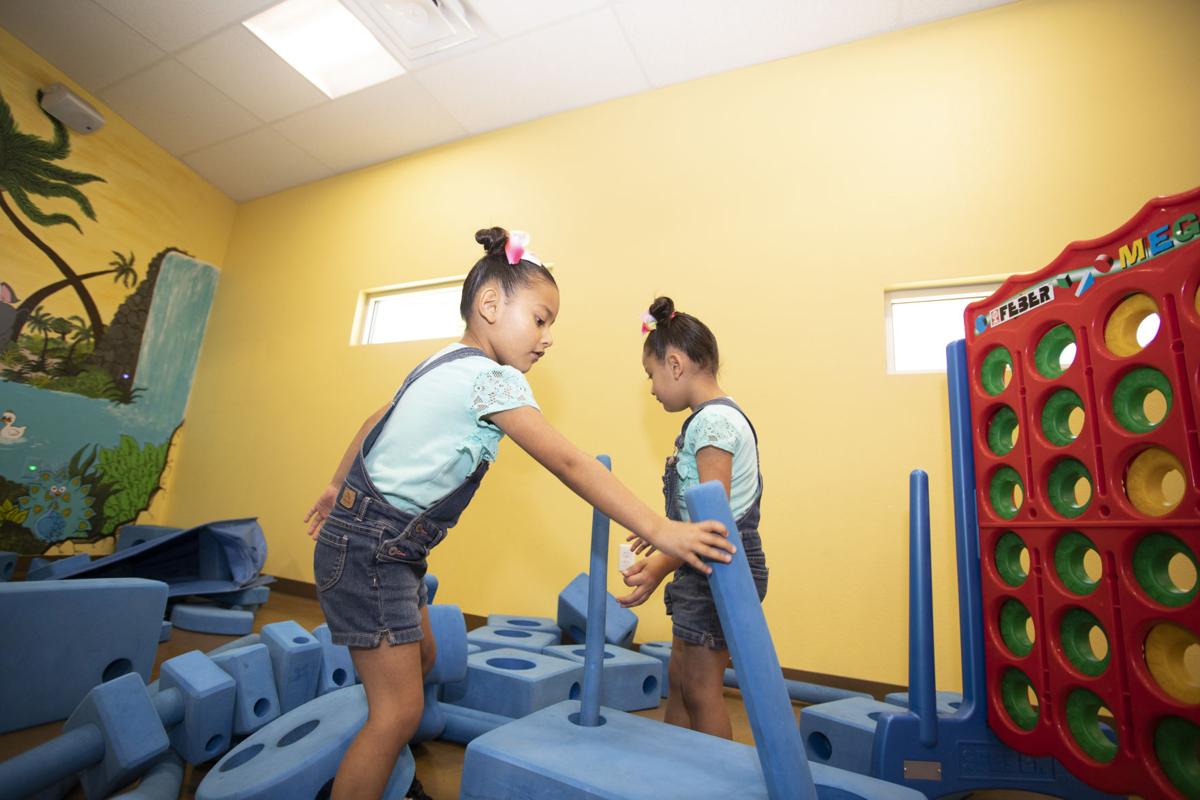 Twins Ashley and Julissa, 5, play in the playground area. 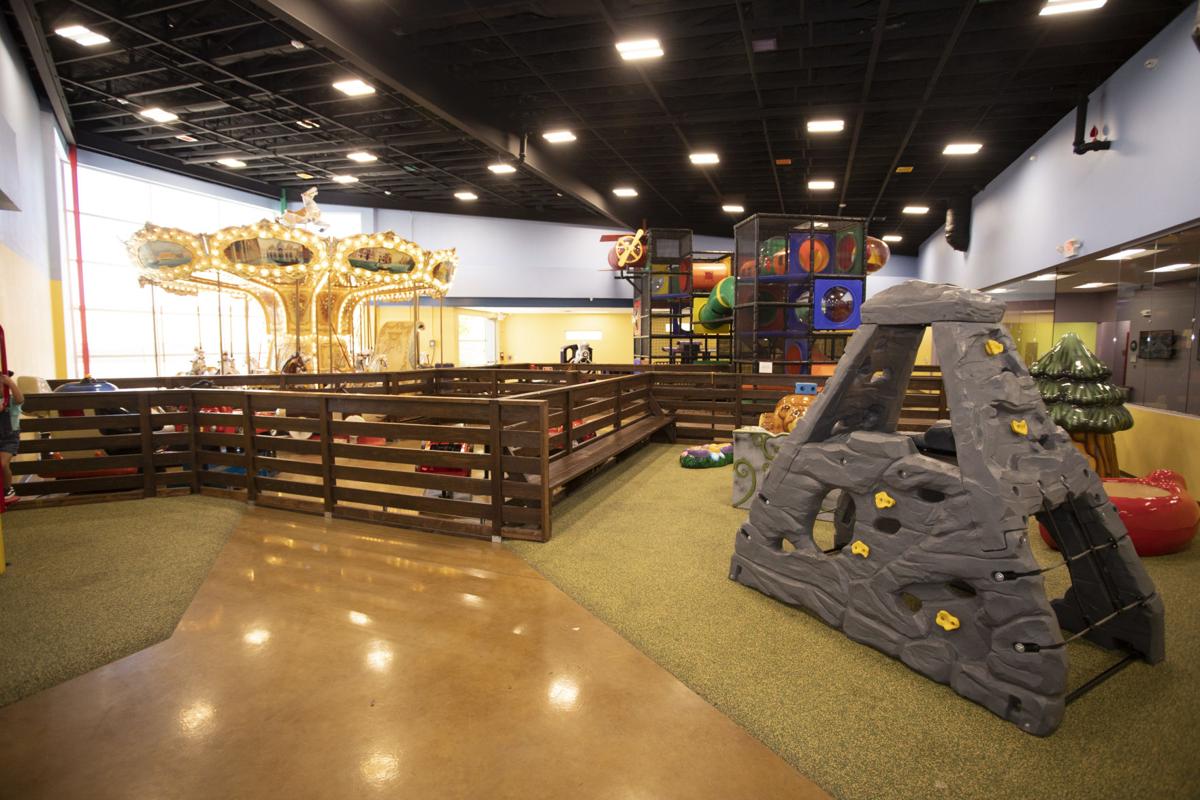 The play area at the Far East location. The dental clinic under construction on the Westside will have similar attractions.

A full-size carousel is also available to patients while they wait.

The Texas Kids Dental office at Americas Avenue has a free-play arcade.

Twins Ashley and Julissa, 5, play in the playground area.

The play area at the Far East location. The dental clinic under construction on the Westside will have similar attractions.

Texas Kids Dental, an El Paso chain with four locations on the Eastside, is building a 16,000-square-foot clinic at 7480 Remcon. (A typical Walgreens is 13,400 square feet.)

Construction on the children’s dental office, the chain’s first on the Westside, is easily visible from Interstate 10, near the Cinemark West movie theater. It is set to open in August.

A good chunk of the facility is dedicated to helping children feel more comfortable going to the dentist. And there will be much more to entertain kids than cartoons playing in the waiting room.

“We don’t see another office in El Paso that’s just as fun as ours. That’s our motto, to have the most fun and most unbelievable experience you can have, where kids want to come back,” said Desiree Flores, assistant manager of the Texas Kids Dental Americas office.

Flores said Texas Kids Dental is expanding to the Westside to follow the growth in Northwest El Paso. She also expects the Westside office to pick up some patients from neighboring New Mexico.

The Texas Kids Dental office at 555 Americas Ave. sees about 70 to 100 patients per day, Flores said. And she expects the Westside location to perform similarly.

The chain is owned by Dr. Jeffrey Erickson, an endodontist who lives in Arizona and practices there and in El Paso. Texas Kids Dental employs 13 dentists, which rotate between the four El Paso facilities.

All but three of those dentists live out of town and are flown into El Paso on a weekly basis to treat patients, Flores said.

Dr. Bill Steinhauer, San Antonio pediatric dentist and Texas public policy advocate for the American Academy of Pediatric Dentistry, said he has concerns about Texas Kids Dental flying dentists in and out. Continuous care from one provider often leads to healthier patients.

Flores said recruitment can be challenging in El Paso because fewer dentists practice in the borderland than in larger cities such as Houston.

Officials at Texas Tech Health Sciences Center El Paso have said there’s an oral health crisis in El Paso, with poor dental health an exacerbating factor for a host of other conditions, including diabetes, high blood pressure and heart disease.

Experts say the establishment of the Woody L. Hunt School of Dental Medicine at Texas Tech El Paso will help alleviate some of the barriers to care, including cost and the number of dentists practicing in West Texas.

There are 66 accredited dental schools in the United States, with three in Texas, according to the American Dental Education Association. Each of the Texas dental schools is at least 500 miles away from El Paso.

The Texas Legislature last month approved a $20 million allocation to establish the El Paso dental school, which is slated to open in 2021. The state funding adds to the $25 million gift from the Hunt Family Foundation and $6 million grant from the Paso Del Norte Health Foundation.

“It’s huge for us to move forward,” said Dr. Richard Black, dean of the dental school. “It’s going to provide research opportunities, educational opportunities, and, most importantly, it’s going to bring health care to a place that needs it.”

Black said the new dental school will have a 150-seat clinic where patients can come in and receive dental work from students in training at a low cost.

“We want to be the general dentist for this campus and for our surrounding neighborhoods,” Black said.

The hope is that students will choose to establish practices in El Paso and West Texas, Flores said.

“It gives us the opportunity to have people from El Paso lead El Paso growth,” she said.

At Texas Kids Dental, all of the dentists are general dentists.

All general dentists can treat children, but not all dentists who treat children are pediatric ones. Pediatric dentists undergo an additional three years of schooling in order to specialize.

Forty-three percent of Texas children ages 3 to 5 have experienced tooth decay, according to Texas Tech. The national average is 28%.