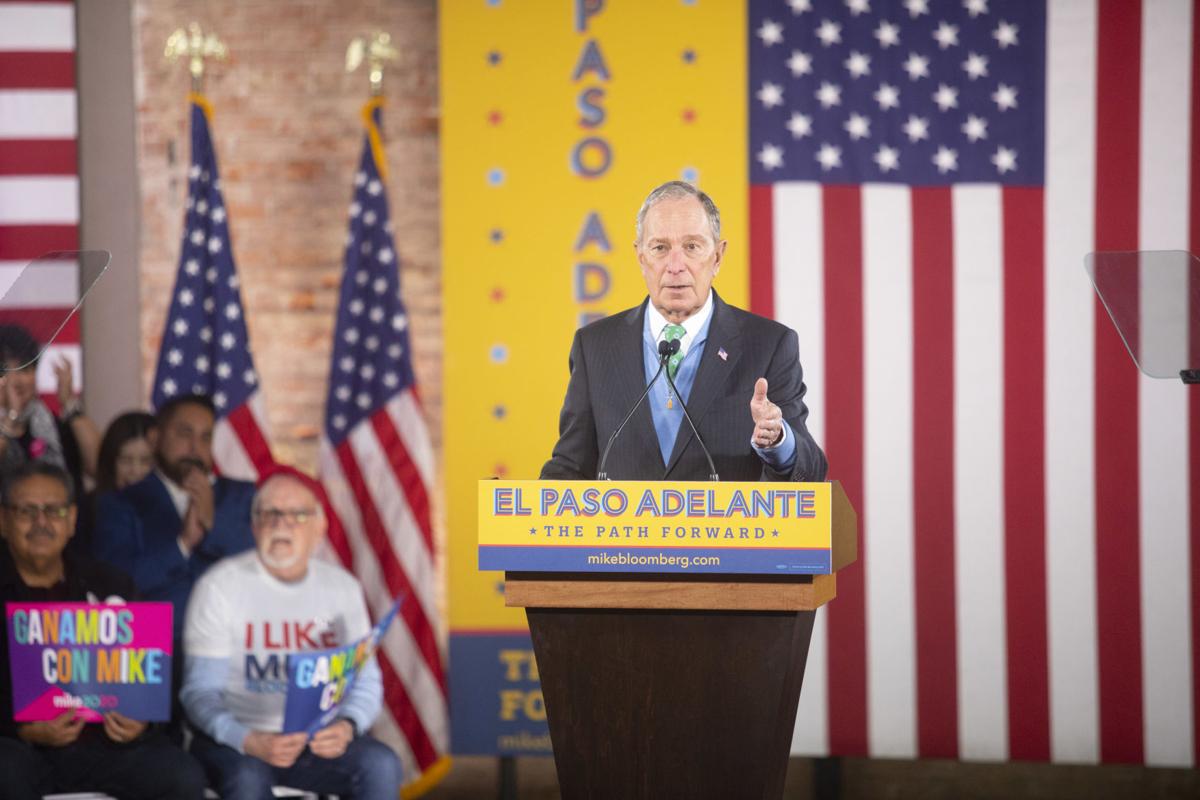 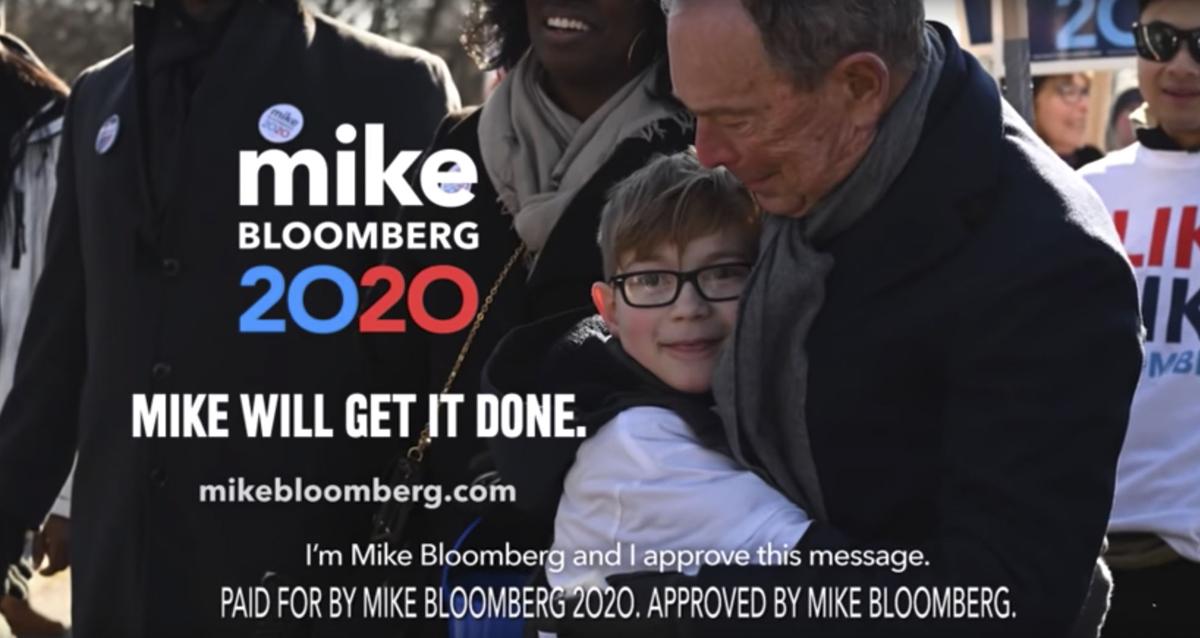 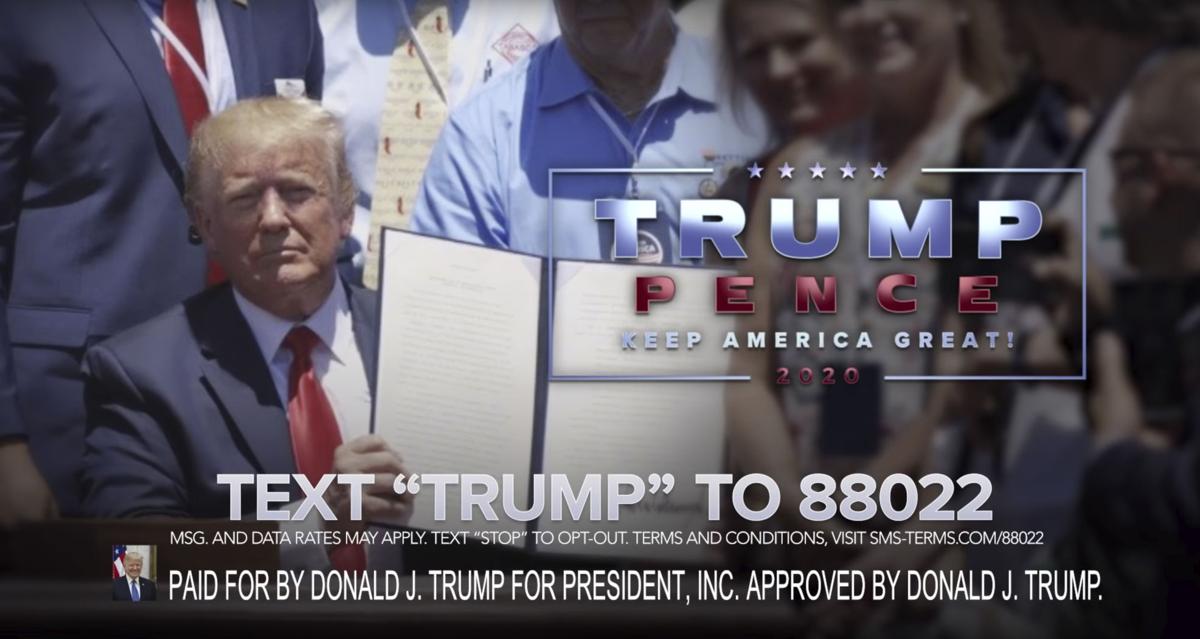 Scenes from Bloomberg and Trump’s 2020 Super Bowl NFL football spots. This year for the first time, national politics will invade the game as presidential candidate Michael Bloomberg and President Trump have shelled out millions to broadcast campaign ads during advertising’s biggest night.

Scenes from Bloomberg and Trump’s 2020 Super Bowl NFL football spots. This year for the first time, national politics will invade the game as presidential candidate Michael Bloomberg and President Trump have shelled out millions to broadcast campaign ads during advertising’s biggest night.

With about a month left until Super Tuesday, Democratic candidates for the 2020 presidential election are ramping up efforts to attract Latino voters in El Paso and throughout the border region.

Candidates are spending hundreds of thousands of dollars in TV markets across Texas to get their names out during a crowded election year. At least eight candidates are seeking the Democratic nomination for president.

For candidates like Mike Bloomberg, the billionaire former mayor of New York City, El Paso plays a big part in their courting of Latino voters.

“This is a great city with so much diversity and history, and that’s what makes this country great,” Bloomberg said at a campaign stop last week, held at St. Rogers Depot in Downtown.

Bloomberg was in El Paso to unveil his Ganamos Con Mike plan, which is focused on the Latino community and includes proposals like down payment assistance for homebuyers, raising college graduation rates, comprehensive immigration reform, and an end to raids of businesses by Immigration and Customs Enforcement.

Bloomberg, 77, has a national polling average of 7%, according to The New York Times. But he might seem more familiar to some El Pasoans who have seen his ads saturating local TV stations.

Turn your TV on to any local station, and watch through a few commercial cycles. Chances are you’ll run into a Bloomberg ad at least once.

Here’s just one example: Bloomberg paid $8,525 for 41 spots on KFOX Channel 14 that will run in February 2020, according to reports filed with the Federal Communications Commission.

Pike said local stations will likely see an uptick in political ads leading up to Super Tuesday, when more primaries are held across the country than any other day, including in Texas.

“After March 3, they don’t care about advertising in Texas,” Pike said. “They’ll go into the next states for their primaries. The New Mexico primary is June 2, so we could get some more Bloomberg advertising in May, and anybody else who’s left in the primary.”

A spokesperson for NBC Universal, which owns KTDO Telemundo in El Paso, said the station has received an ad buy from a presidential candidate, but declined to name who it was.

FCC filings show that Bloomberg is the only presidential candidate who has bought ad spots on KTDO Telemundo. He spent $29,310 to run 84 ads on KTDO Channel 48 from Jan. 9 to Jan. 17.

There is no cap on how much a candidate can spend on ad buys, Pike said. There are also ad buys by PACs supporting certain candidates. Pike added that stations are required to sell the political ad spots at the lowest unit rate.

“The best rate for my best advertiser, I have to promise to give that rate to the political candidates,” Pike said. “It can be disruptive to our local advertisers, which is frustrating for them and for us. They’re the people we see every day, and we are trying to help their business grow.”

Bloomberg is one of the only presidential candidates in recent cycles to make a campaign stop in El Paso.

Former presidential candidate and El Paso-native Beto O’Rourke made a couple of stops in El Paso during his campaign. He also took time off to return to the city after the Aug. 3 shooting.

O’Rourke and his wife, Amy, were in attendance at Bloomberg’s event on Wednesday. He received a hearty cheer from the room after Bloomberg pointed him out.

“It’s hard to compete against a hometown favorite,” Bloomberg said.

O’Rourke was not there to endorse Bloomberg, but there were other current and former El Paso politicians on hand to voice support.

Texas State Rep. César Blanco was at Wednesday’s event to endorse Bloomberg. He previously had endorsed Julián Castro, who dropped out in early January.

“After four years of Donald Trump, we need you,” Blanco said. “We know that the road to the White House runs through Texas. You need us in your camp as well.”

President Trump has made a couple of campaign stops in El Paso, including a rally at the county coliseum in February 2019.

Vermont Sen. Bernie Sanders, the frontrunner in the Democratic primary, held a rally in Vado, New Mexico, during his 2016 presidential campaign. The event drew thousands of supporters from several neighboring states.

Bloomberg is the second 2020 presidential candidate to open an El Paso field office. O’Rourke had his campaign headquarters in El Paso while he was in the running.