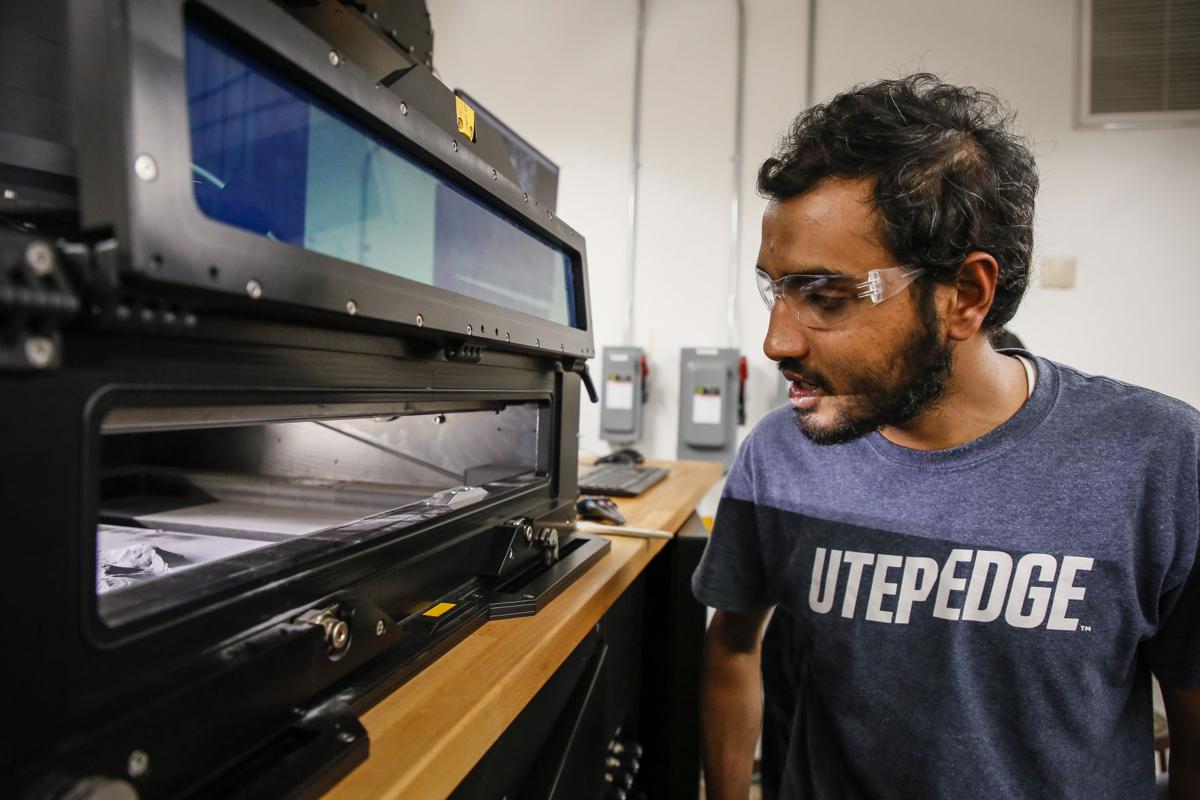 UTEP is ‘one of the only educational institutions in the country where students can have hands-on experience with 3D printing technology,’ says Syed Zia Uddin, a student at UTEP’s College of Engineering. Top, a closeup of aluminium alloy in the 3D printer. 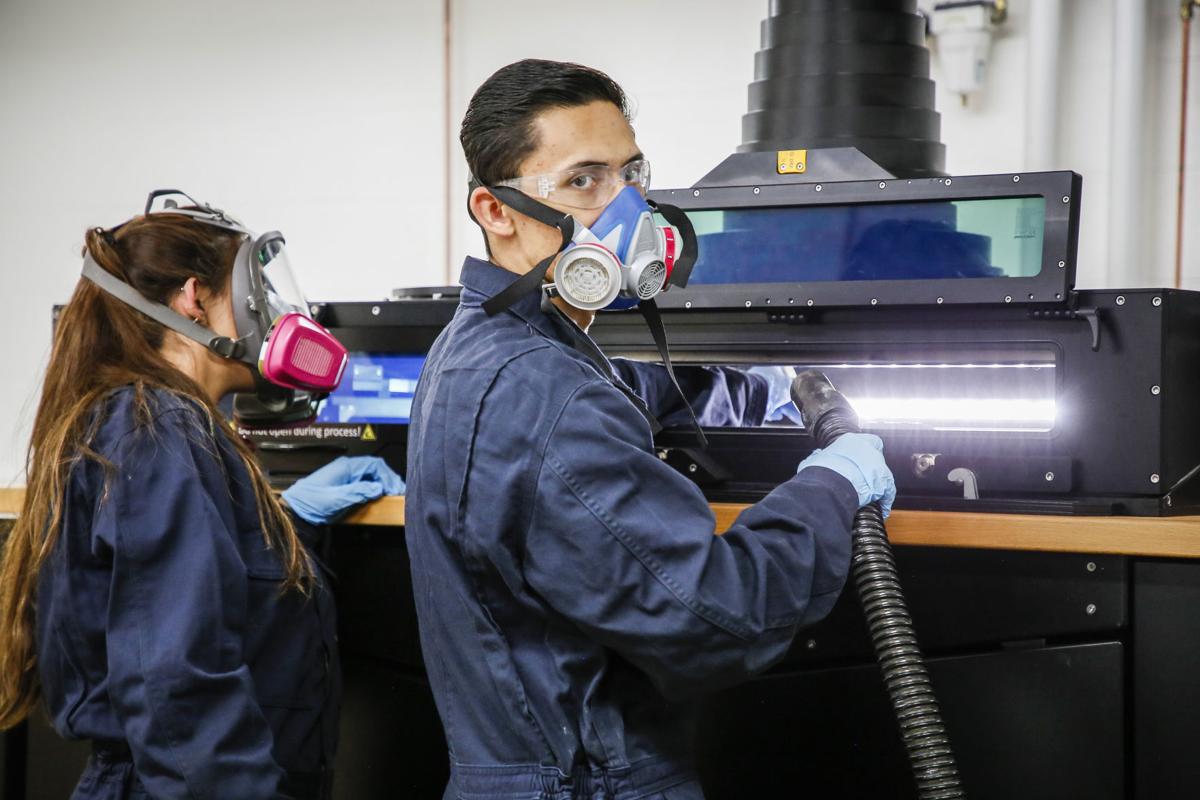 UTEP is ‘one of the only educational institutions in the country where students can have hands-on experience with 3D printing technology,’ says Syed Zia Uddin, a student at UTEP’s College of Engineering. Top, a closeup of aluminium alloy in the 3D printer.

A new 3D printer at the University of Texas at El Paso can “print” everything from a precise replica of a baseball diamond no bigger than a pea to fighter jet parts.

The printing technology was developed by Germany-based Aconity 3D, which will announce Tuesday that it is establishing its North American headquarters in El Paso through a partnership with UTEP.

“It’s something we’ve been hoping will serve as a catalyst for economic development in this region,” said UTEP President Dr. Diana Natalicio. “One of our dreams at UTEP has been to develop our reputation for research and doctoral education at a level that would attract 21st century companies.”

Aconity 3D, a company from Herzogenrath, Germany, plans to develop a technical center and research space at UTEP’s Keck Center for 3D Innovation, which will work closely with the company in Germany.

“We are pleased to establish a relationship with UTEP,” said Yves Hagedorn, managing director of Aconity3D. “This is an excellent example of how research universities can partner with private industry to advance the educational opportunities afforded to students and also attract economic development to the region.”

Keck Center founder Ryan Wicker said he hopes the partnership will lead to greater leaps in production and technological advancement.

The Keck Center is where students and staff at UTEP use 3D printers to research and develop advanced technologies for the manufacturing industry. The center’s staff and students have been part of projects that use 3D printers to create miniature satellites, large tools for military aircraft and parts for manufacturers.

“We can do the types of research that really is cutting edge,” Wicker said.

Students in UTEP’s engineering department have access to Aconity’s technology and can use the machines for research and to produce tools.

“It’s one of the only educational institutions in the country where students can have hands-on experience with 3D printing technology,” said Syed Zia Uddin, a master’s student at UTEP’s College of Engineering.

Uddin said he’s been to other universities that have 3D printers and received funny looks when he said UTEP students were able to use the technology for projects and for research.

“In other places, it’s only staff that uses them,” he said.

Uddin said he hopes the partnership with Aconity will lead to greater opportunities for UTEP students. There is a desire to keep UTEP at the leading edge of 3D printing research, he added.

Wicker said he met the Aconity founders before they formed the company, and they began talking in 2013 at a conference in Portugal. When Aconity was formed, UTEP was one of the first to buy their systems, Wicker said.

Also called additive manufacturing, 3D printers work by layering thin sheets of melted material, often plastic or metal, on top of each other to create an object. The difference between Aconity’s 3D printer technology and others is their level of control and precision.

Wicker said the printer’s software system and high-powered camera system allows users to have control over the smallest details when they cut through metal. Its systems can heat up to 1,832 degrees Fahrenheit.

“You can change the laser power or scanning speed when you fabricate,” he said. “It allows you to experiment with materials but optimize the fabrication process.”

Wicker said he hopes Aconity’s expansion into El Paso will attract more technology businesses to the Sun City. It’s been a plan of his and the university’s for some time, he added.

“At the latter part of my career, we have been working for 20 years on leveraging and building global recognition,” he said.

Natalicio said the university is working to spur economic development in the community. Many students who graduate from UTEP end up leaving the city to find jobs, and Natalicio said she wants students to not only get a top-notch education but get competitive jobs in El Paso.

“These are going to be students who go out and get jobs at $100,000 a year, fresh out of school,” she said. “With those kinds of jobs here, think of the houses, the cars and all the things they’d do to create a prosperous and quality of life for this region.”