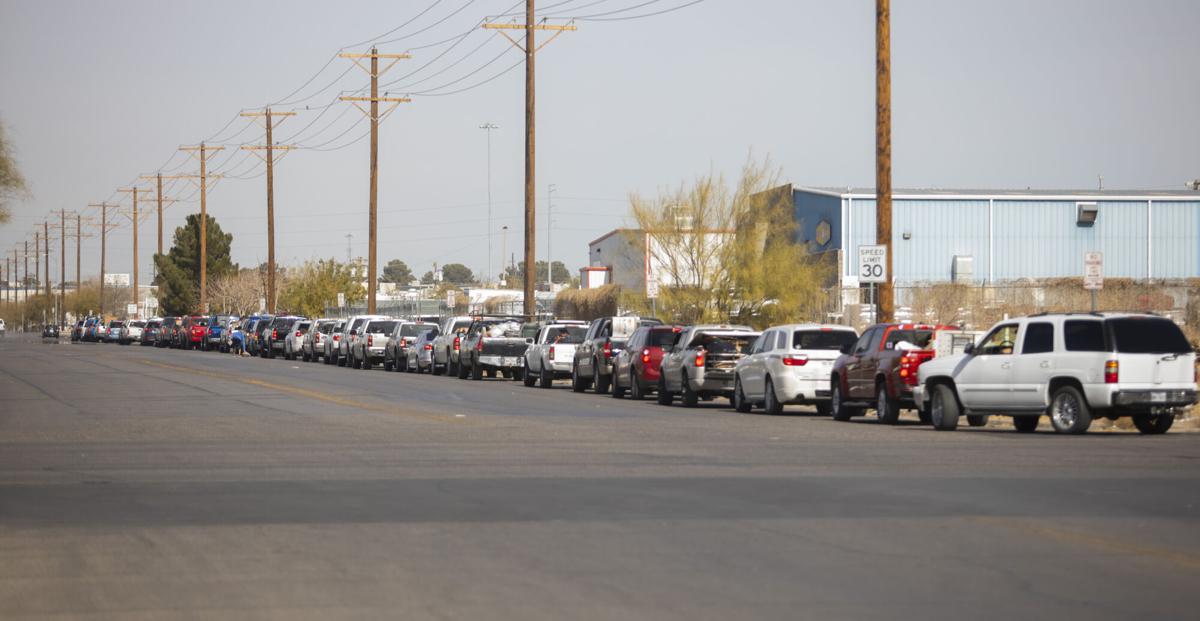 The line at the Citizen Collection Station at 1034 Pendale wraps around the block on Tuesday. 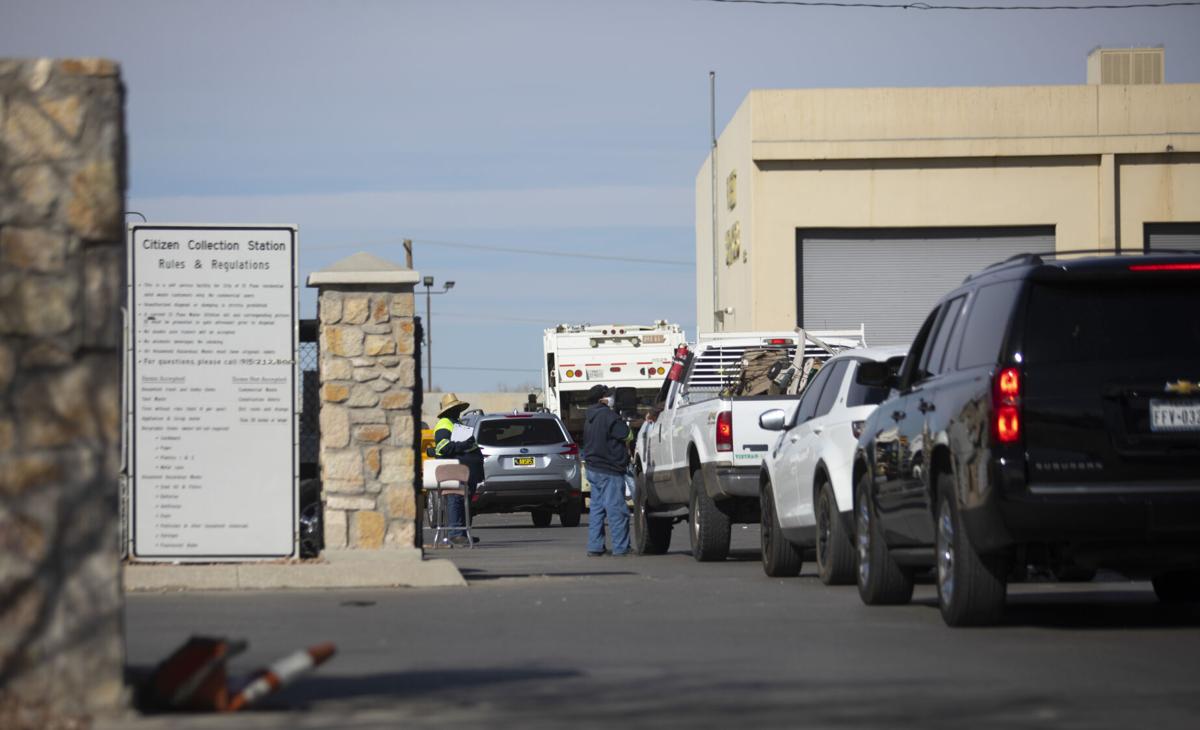 The line at the Citizen Collection Station at 1034 Pendale wraps around the block on Tuesday.

The city’s Environmental Services Department saw a quarter of its recycling workers come down with COVID-19 before suspending curbside recycling collections Dec. 1.

But now that the workers are recovering, the city is preparing to resume operations. Every-other-week recycling collections will restart in phases starting Jan. 19, according to the city.

That will be none too soon for many El Paso residents buried under a mountain of boxes and other recyclables as they have had presents, meals and necessities delivered instead of going out, and their gray bins have overflowed.

For many, it has meant loading up their cars and trucks for a trip to the nearest Citizen Collection Station only to sometimes find long lines rivaled only by those at El Pasoans Fighting Hunger Food Bank.

“Our statistics show our trash is 30% higher than it was last year, and the commercial people like Heist and El Paso Disposal are 30% down,” said Ellen Smyth, director of the city’s Sun Metro and Environmental Services departments.

The two departments have roughly 800 employees altogether and have had 105 COVID-19 cases and one death. Fifty-one of Environmental Services’ 201 recycling workers came down with COVID-19.

“It’s really affected everyone because of the anxiety of the rest of the workers,” Smyth said. “Even if you didn’t get sick, you had to go to somebody’s funeral.

“It’s been awful, but it’s getting better.”

COVID-19 hit Environmental Services so much harder, she said, because those employees work closely together. But most of them have recovered quickly because they tend to be in their 20s, 30s and 40s.

“It’s that young population who get sick, get well and come back to work,” Smyth said.

The lapse in recycling collections raised the question: Would El Paso’s curbside recycling service be discontinued altogether? It was already struggling because the international market for cardboard, aluminum cans, plastics and paper has fallen off sharply as China, in particular, has become less dependent on the U.S.

Smyth says the answer is no.

Recycling collections will not be discontinued altogether because the city has a contract with Friedman Recycling Co., and it’s a good contract, she said.

In March, the city reduced curbside recycling collection from weekly to every other week, and that’s not likely to change soon. Smyth says returning to weekly blue-bin pick-up service would require not only more drivers and more trucks, but a higher participation rate in recycling.

That means more households putting their blue bins out on collection days as well as better adherence to the rules on what goes in the bin.

“The set-out rate was 48%,” she said, and that’s not good enough. “But, we were already struggling with recruitment of drivers due to the oil boom in Midland.”