Starting at
$52.00 for 365 days
Get Started
View all rates
You have permission to edit this article.
Edit
News
Calendar
Lifestyle
Opinion
Special Projects & Pubs
Obits
Legals
Book of Lists
Advertising
Subscribe
Reprints
1 of 4 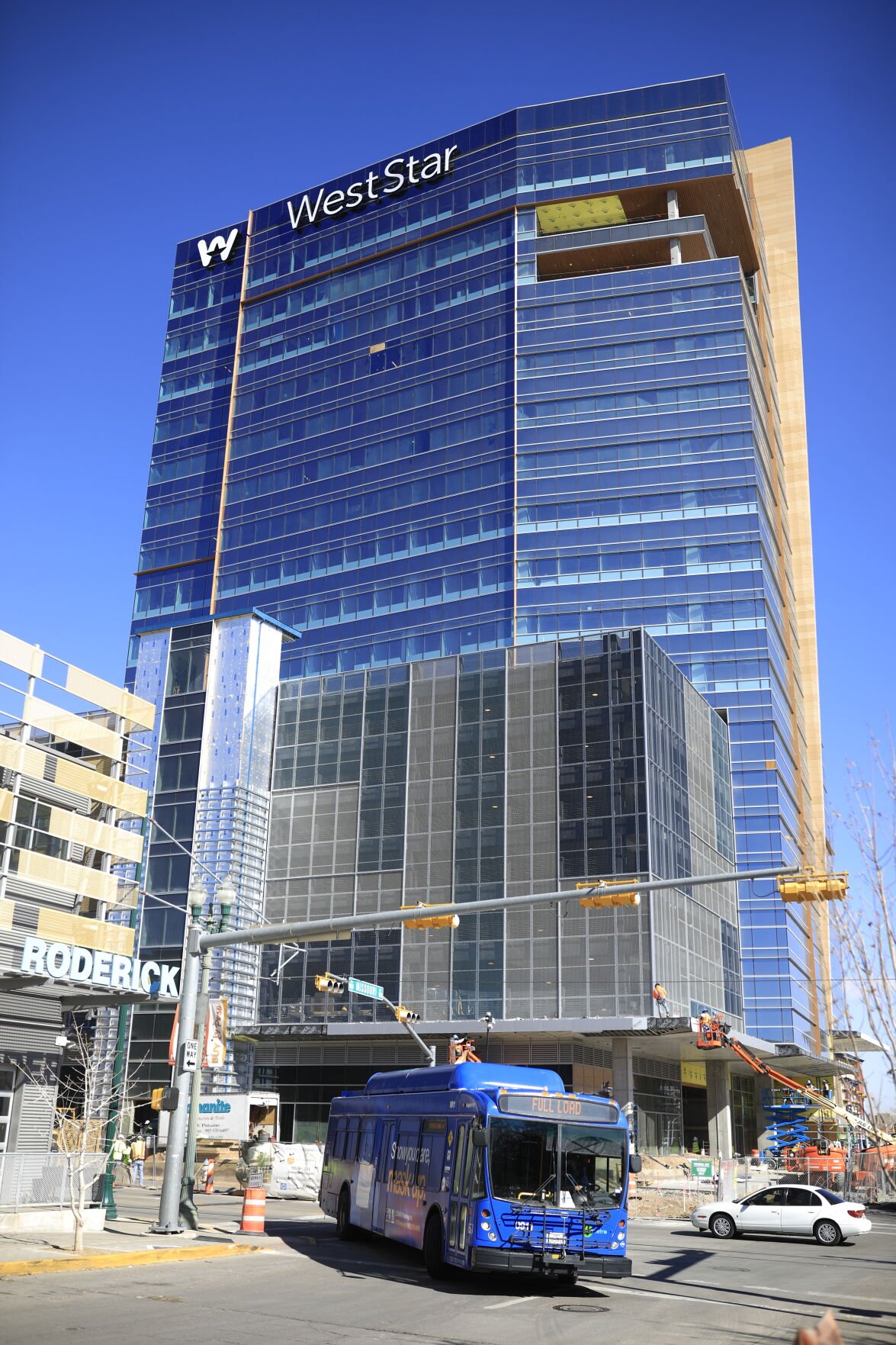 Tenants are scheduled to start moving into WestStar Tower in April. 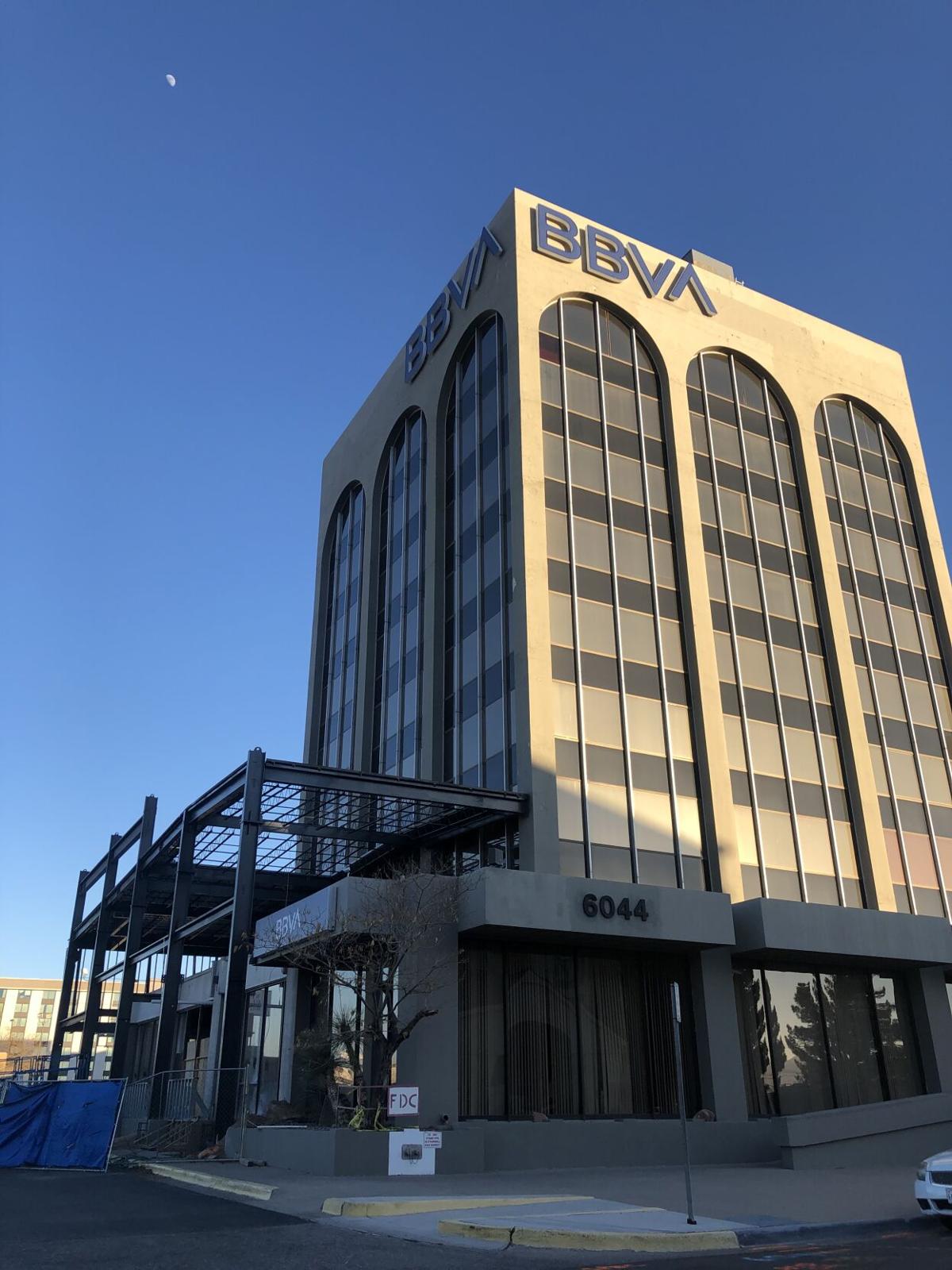 Construction on the BBVA building is slated for completion in summer of 2021.

An architectural rendering shows what the new Albertsons supermarket coming to Far East will look like. 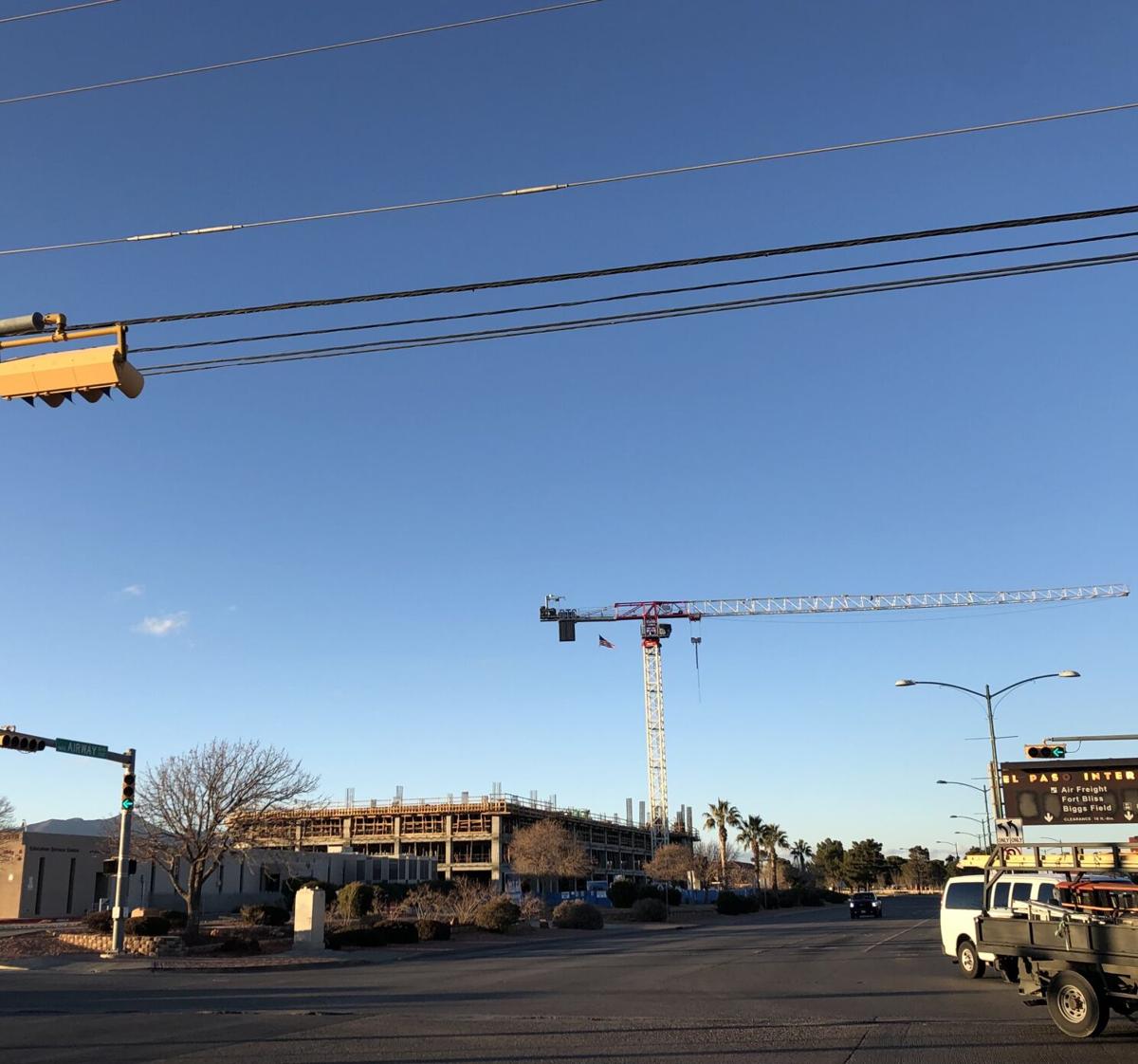 The Region 19 Education Service Center project has a price tag of about $30 million.

Tenants are scheduled to start moving into WestStar Tower in April.

Construction on the BBVA building is slated for completion in summer of 2021.

An architectural rendering shows what the new Albertsons supermarket coming to Far East will look like.

The Region 19 Education Service Center project has a price tag of about $30 million.

Work on some of the city’s most visible construction projects continues, even as the pandemic wears on.

Several high-profile projects were completed in 2020, including the Plaza Hotel at Pioneer Park and Hotel Paso del Norte in Downtown El Paso.

There are also several projects that are slated to be completed in the first half of 2021, and even more are getting ready to break ground.

The final touches are being made on WestStar Tower, Downtown El Paso’s newest addition and first new high-rise in decades.

Construction on the WestStar Tower is scheduled to finish this month, and tenants will begin moving in after their spaces are complete.

Hunt Companies, which is developing the tower with WestStar Bank, will begin moving into its new space in April, a spokesperson said. Hunt Companies and the Woody and Gayle Hunt Family Foundation will be on the upper floors of the tower.

There are also several other tenants signed on to move in, including Sushi Itto and Corralito Restaurant, which have each leased a 4,000-square-foot space on the ground floor.

The Hub International insurance brokerage is leasing 13,000 square feet on the 15th floor, and W Silver Recycling purchased the 15th floor for its headquarters.

“We are pleased to have had so much interest and commitment to WestStar Tower,” the spokesperson said. “We currently have one more floor available for lease or sale.”

If you drive east on Interstate-10 often, you might have noticed work on one of the only tall buildings outside of Downtown El Paso.

Root Architects is working on a restaurant on the ground floors of BBVA Bank’s Tower branch at 6044 Gateway East. Details, including the name of the restaurant, have not been made public yet.

The architecture firm is working on existing spaces on the ground floors of the building, and construction is slated for completion in summer of 2021.

Work is wrapping up and tenants are moving into Eastlake Marketplace, near Eastlake Boulevard and Interstate-10.

The 163,000-square-foot power center is being developed by River Oaks Properties and will include stores like Ross and DD’s Discounts, as well as dining options. It’s in a fast-growing part of Far East El Paso where Amazon is building a massive fulfillment center, the region’s first.

River Oaks is also gearing up to begin work on Eastlake Commons at the corner of Eastlake and Rojas. The shopping center will include 80,000 square feet of retail and dining space, and work is slated to begin in the next 30 days.

River Oaks is also completing work on the new Albertsons grocery store near the intersection of Pebble Hills and Zaragoza.

The 64,000-square-foot grocery store will be the largest in this market and is slated to open in April.

A spokesperson for Mimco said the project, near the intersection of Kenworthy and Transmountain, is still under construction.

The Region 19 Education Service Center, which provides services and training to the El Paso region’s public school districts, is continuing work on a multilevel structure next to its current facility at 6611 Boeing Dr., near El Paso International Airport.

The 268,819-square-foot, six-level facility has a price tag of about $30 million and will include a multilevel parking garage, conference rooms, a commercial kitchen and dining area, according to the Texas Department of Licensing and Registration.

The project is slated for completion in the first half of 2021.

The WestStar Tower is the most notable building in downtown El Paso now. The One San Jacinto and Wells Fargo towers both seem the pale in height and size from certain vantage points.