An architectural rendering shows what the Million Air facility will look like at El Paso International Airport. 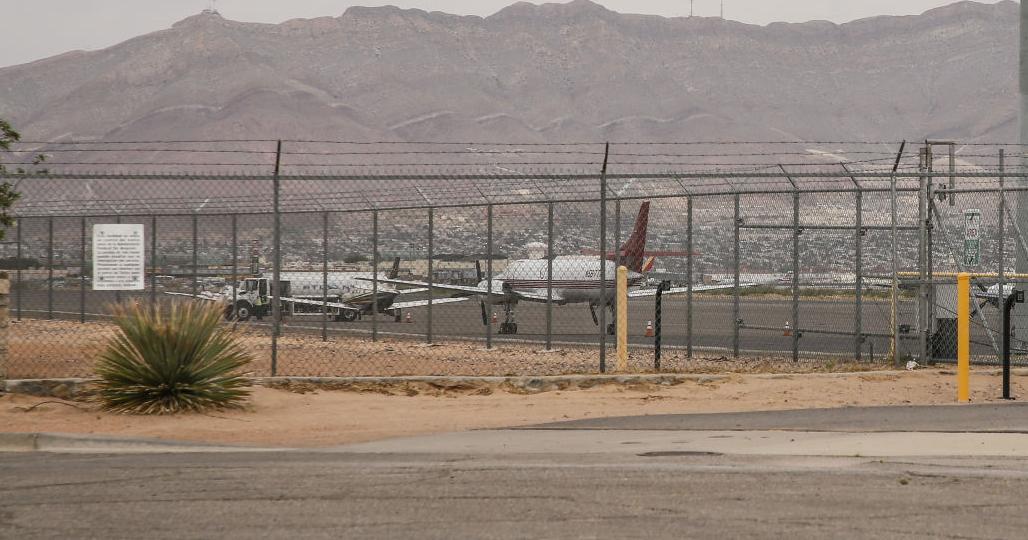 City documents show the new fixed-base operation will occupy a vacant lot near the intersection of Hawkins and Montana.

An architectural rendering shows what the Million Air facility will look like at El Paso International Airport.

City documents show the new fixed-base operation will occupy a vacant lot near the intersection of Hawkins and Montana.

A national FBO, Million Air operates at four other airports in Texas and 32 around the country and has been voted the Best Large FBO Chain in the nation in the Pro Pilot PRASE Survey for the past eight years. FBOs provide services such as fuel and hangar space for non-commercial flights. They also often offer charter flights.

The new FBO is expected to be in business by early 2021 and has leased enough property at El Paso International Airport to expand its operation, according to a news release.

“Having Million Air locate at El Paso International Airport will be a boost for our economy,” Foster said in a statement released Monday. “We look forward to the efficiencies in corporate and personal travel offered at our FBO.

“Our operation will provide unmatched services and amenities for air travel that no one in this region has experienced before.”

Roger Woolsey, chief executive of Million Air, said, “Striving to make our customers feel at home, we have taken every consideration into account to make sure our facility layout and amenities reflect the unparalleled experience customers have come to expect from Million Air.

“We are confident we can deliver a facility and service level that will be unrivaled at this airport.”

El Paso International Airport is now home to two FBOs: Cutter Aviation, a veteran company in business at the airport for decades, and Atlantic Aviation, which operates more than 60 other FBOs around the country.

A 35-year-old company, Million Air will offer more than 10,000 square feet of VIP lobby space at the El Paso airport, 23,383 square feet of hangar space, a 6,000-square-foot aircraft porte-cochere and more than five acres of ramp space capable of supporting any type of aircraft.

El Paso Inc. first reported in July 2018, that Foster planned to get into the private aviation business after he engineered the $1.5 billion sale of Western Refining in 2017. City Council approved a lease at the airport for Foster’s company in March 2018.

The El Paso FBO is not Foster’s first foray into the aviation business. He bought Francis Aviation, which operates at Santa Teresa International Jetport and Las Cruces International Airport, in 2015 after its founder, Tyler Francis, was killed in an airplane crash.

Foster is known for the restoration of buildings in Downtown El Paso and the development of the Fountains at Farah shopping center on the Eastside.