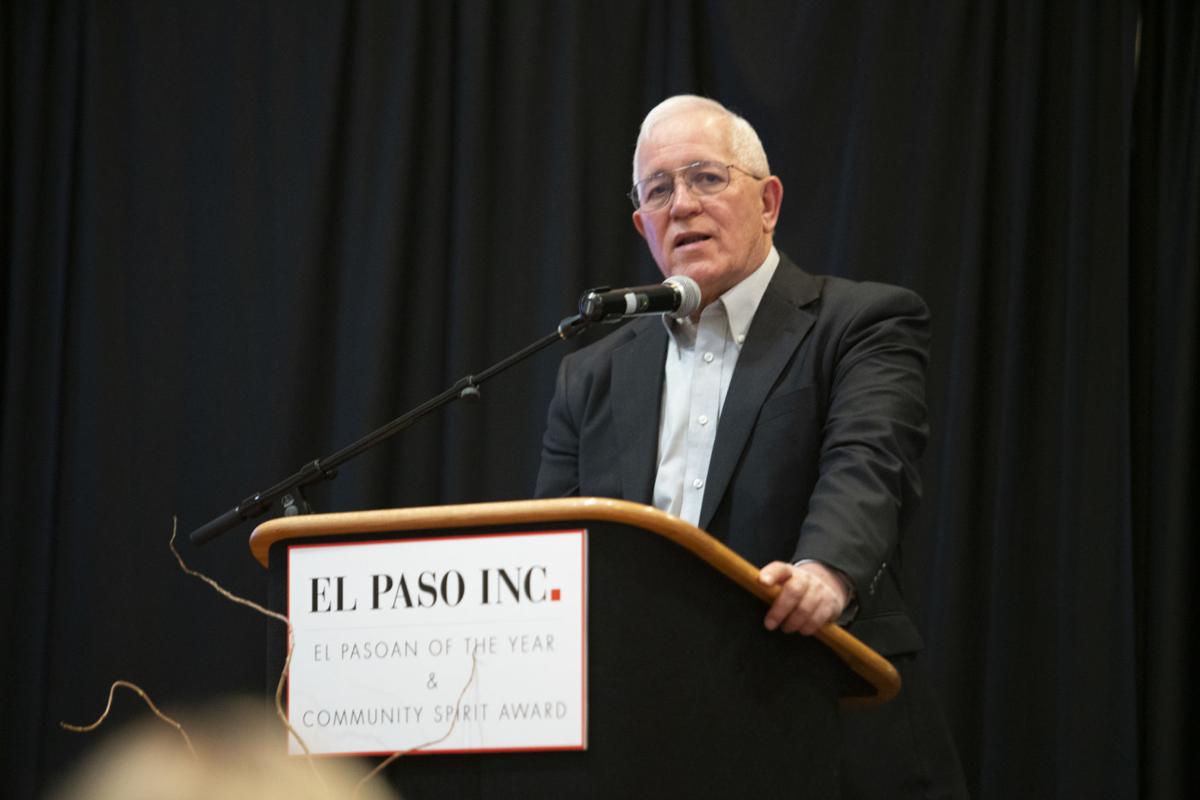 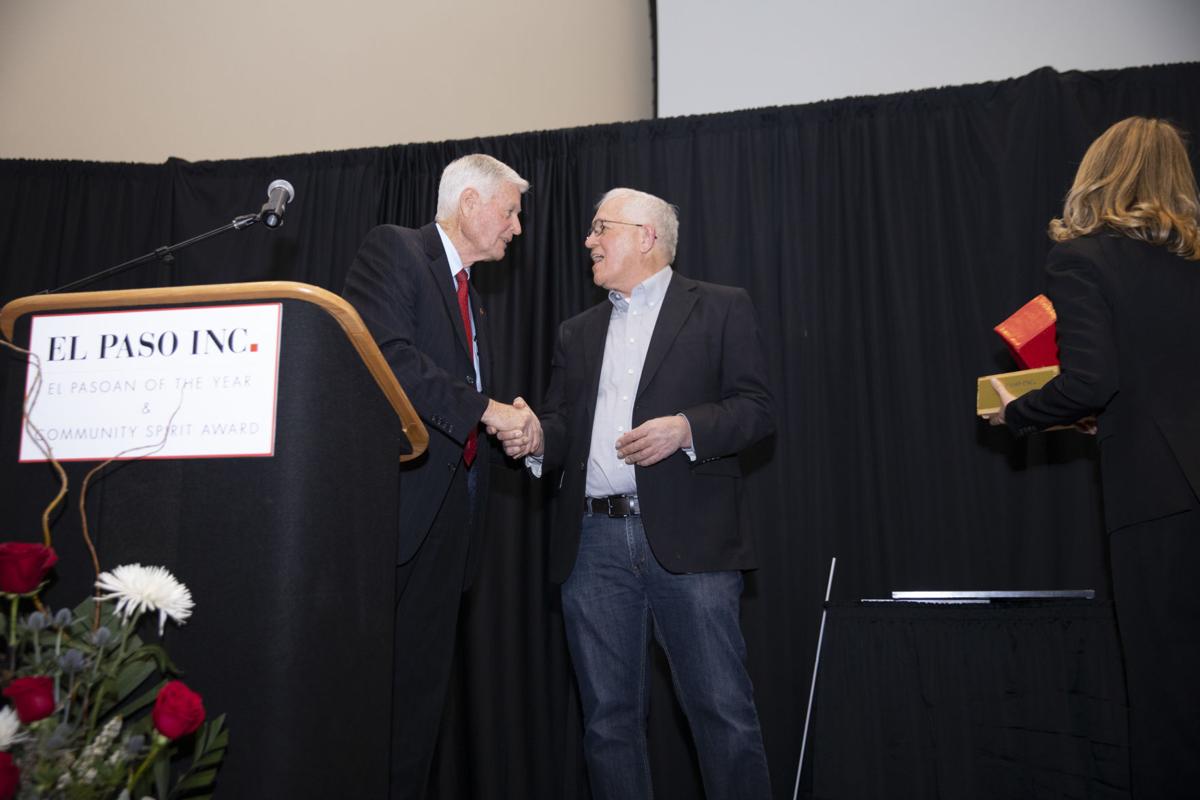 To some, he is an angel among mortals and to others, a saint among believers. But for Ruben Garcia, the thousands of migrants coming to the United States from Central America seeking political asylum are the ones to be held in high regard.

Garcia is the recipient of El Paso Inc.’s 2018 Community Spirit Award for his longtime efforts to provide shelter and support to migrants and refugees fleeing violence and destabilized countries in Central America.

For more than 40 years, Garcia has led Annunciation House, a nonprofit that helps some of the world’s most vulnerable.

Emma Schwartz, El Paso Inc.’s 2017 El Pasoan of the Year, introduced Garcia at Tuesday’s luncheon. “I am sure the attention Mr. Garcia is receiving is uncomfortable, but it is well deserved,” Schwartz said. “I am so proud that El Paso is home to the Annunciation House and Ruben Garcia. I am proud that this great work reflects the beautiful city we live in.”

“Emma is correct,” Ruben said. “This is not the kind of setting I find myself comfortable in.

“The truth is, we are speaking about the most vulnerable human beings. They are the ones that give us the opportunity to truly define who we choose to be.”

In his remarks, Garcia thanked the volunteers and the network of churches and organizations who have stepped up to help provide hospitality to thousands of migrants who have been released by immigration authorities to Annunciation House.

The day before the luncheon, Garcia said, 750 migrants had been released by Immigration Customs and Enforcement and were being taken care of by the El Paso community.

“No feat is too large for Mr. Garcia to tackle, and no detail is too small for him to care about,” said Schwartz, executive director of the Medical Center of the Americas Foundation.

Garcia congratulated Beto O’Rourke on being named El Paso Inc.’s 2018 El Pasoan of the Year and thanked him for being a “relentless” advocate and supporter of the work of welcoming refugees. He also thanked U.S. Rep. Veronica Escobar and Fernando Garcia, executive director of the Border Network for Human Rights.

“Nobody in our community at this moment, deserves it more than Ruben,” Fernando Garcia said after the event.

Escobar said Garcia is doing the work of a saint.

“Every time, he reminds us of compassion,” she said.

Each year, El Paso Inc. makes a charitable contribution to a nonprofit chosen by the El Pasoan of the Year honoree. This year, O’Rourke selected Annunciation House to receive the $5,000 donation.

In a surprise announcement, the Paso del Norte Health Foundation said it would donate $20,000 to the nonprofit in honor of Garcia, O’Rourke and the hundreds of volunteers who have helped support refugees in El Paso.

In his closing remarks, Garcia called on the audience to reflect on the history of the United States and its role as a safe haven for migrants all over the world.

“Words matter,” he said. “The refugees that arrive are challenging us to look at the words that we use about ourselves as a people and as a country.”