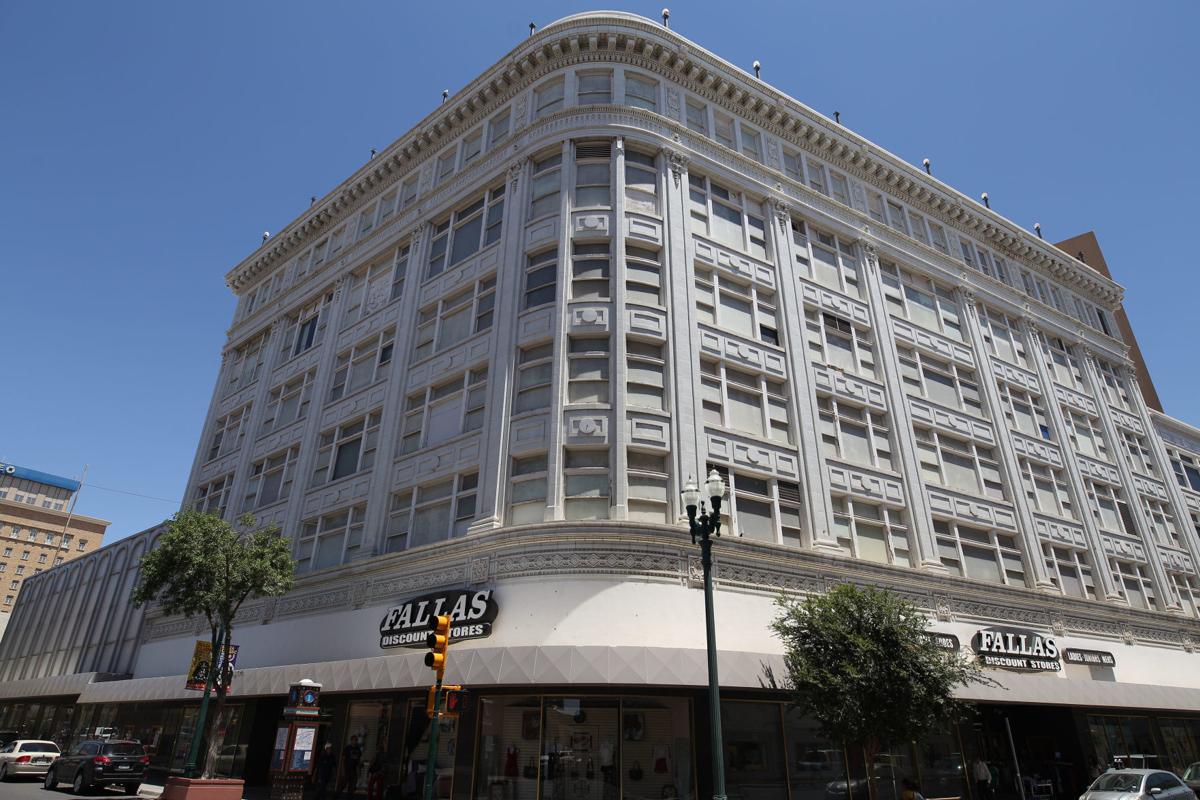 The seven-story building at 301 E. San Antonio, designed by Henry Trost in the early 1900s, is home to clothing store Fallas Paredes and apartments 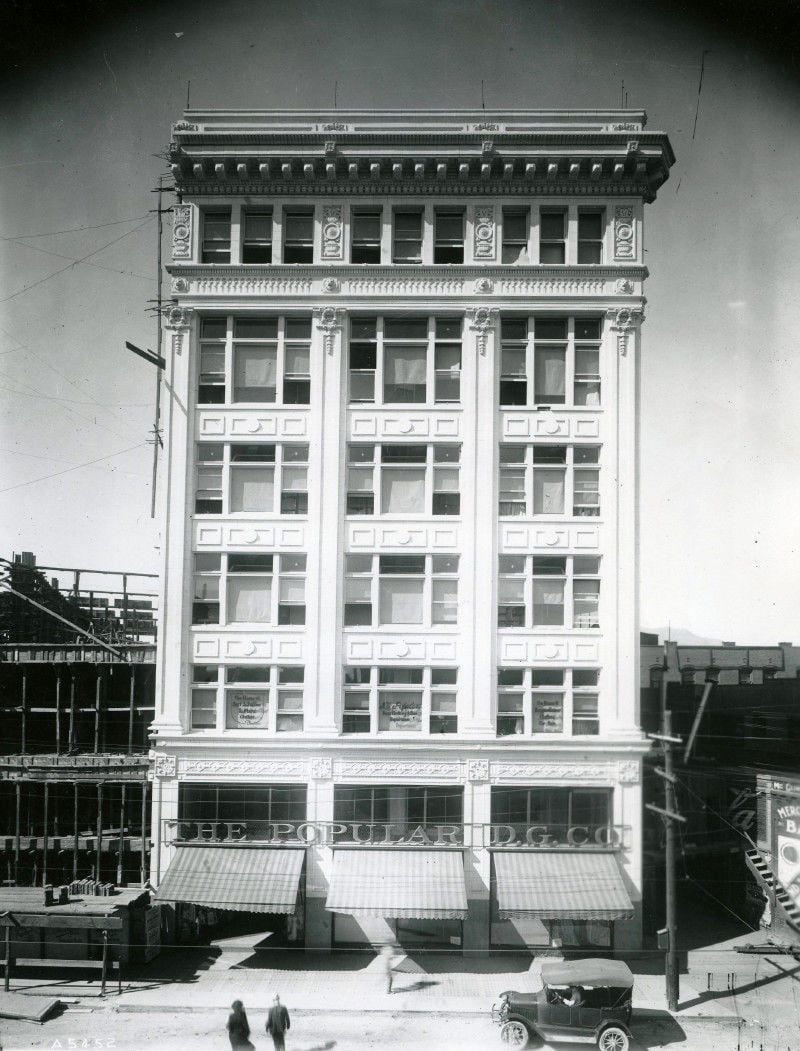 A 1916 photo shows the Popular building under construction.

The seven-story building at 301 E. San Antonio, designed by Henry Trost in the early 1900s, is home to clothing store Fallas Paredes and apartments

A 1916 photo shows the Popular building under construction.

The owners of the Popular building in Downtown are moving forward with the long-awaited rehabilitation of the historic landmark after facing pressure from the city, which calls the structure a hazard to public health.

The seven-story building, designed by Henry Trost in the early 1900s, is home to clothing store Fallas Paredes and four people who live in apartments. The upper floors of the tired building are mostly vacant.

“I want to be clear; the pressure is on,” Michael Bray, chair of the city’s Building and Standards Commission, said at a recent commission meeting.

In 2008, the Popular building was bought by J&M Properties L.P., which owns the California-based Fallas Paredes Discount Stores chain. The Downtown location at 301 E. San Antonio is one of almost 10 in El Paso.

In 2016, the company announced it would restore the building, but those efforts took a backseat to other projects the company has underway elsewhere, according to lead architect Don DeFilippo.

Now, the Popular building has water damage on its roof and top floors and is cited for multiple city code violations.

City staff revealed the property’s condition during a recent Building and Standards Commission meeting. Ophir Muller represented the building’s ownership at the meeting with Francisco Ortega, a lawyer with ScottHulse in El Paso.

Inspectors presented more than 30 photographs dating from January to May, which showed mold may be growing inside the building, dead animals and waste. They also showed expired fire prevention equipment and exposed electrical wiring throughout the building.

The commission ordered Muller and the building’s owner to address the mold issues and provide the building with adequate fire prevention equipment within 30 days.

“I’ll commit to handling the apartments and whatever mold issues they have,” said Muller. “That will be done in 30 days, absolutely.”

Sonya Cahalan, a code field operations supervisor for the city, said they are not asking for the building to be vacated and boarded up, yet. Before the next commission meeting in July, her department will inspect the building and determine whether the property should be vacated.

Cahalan said the city can do a number of things to push the owners to rehabilitate the building and bring it up to code. The city can issue fines and put liens on the building.

“We start here because it’s usually the ‘oomph’ to get it going,” Cahalan said.

According to the city, the owners could be fined up to $1,000-a-day if they do not comply with the commission’s orders in 30 days.

Muller said work on the building’s fire escapes, exterior, elevators and drywall has already started. But work on the upper floors will take up to three months, he added.

“The upper floors of the main building, the testing is ongoing,” Muller said. “The store, as far as I can tell, there’s no mold, there’s no other issues. It’s all on the upper floors. Those are contained up there.”

In January, the city announced it would inspect four historic buildings in Downtown after local historians and preservationists raised concerns about their condition.

The city inspected the Popular building as well as three others that belong to El Paso businessman William “Billy” Abraham – the Caples, Kress and Haymon-Krupp buildings.

The history of the Popular building stretches back to the early 1900s when Adolph Schwartz, an immigrant from Hungary, commissioned its construction. He founded the Popular Dry Goods Company in 1902, which operated in two other locations before opening on San Antonio Street in 1917.

The building was added to the National Register of Historic Places in 1980. It remained in the Schwartz family until 1995, when the business closed.