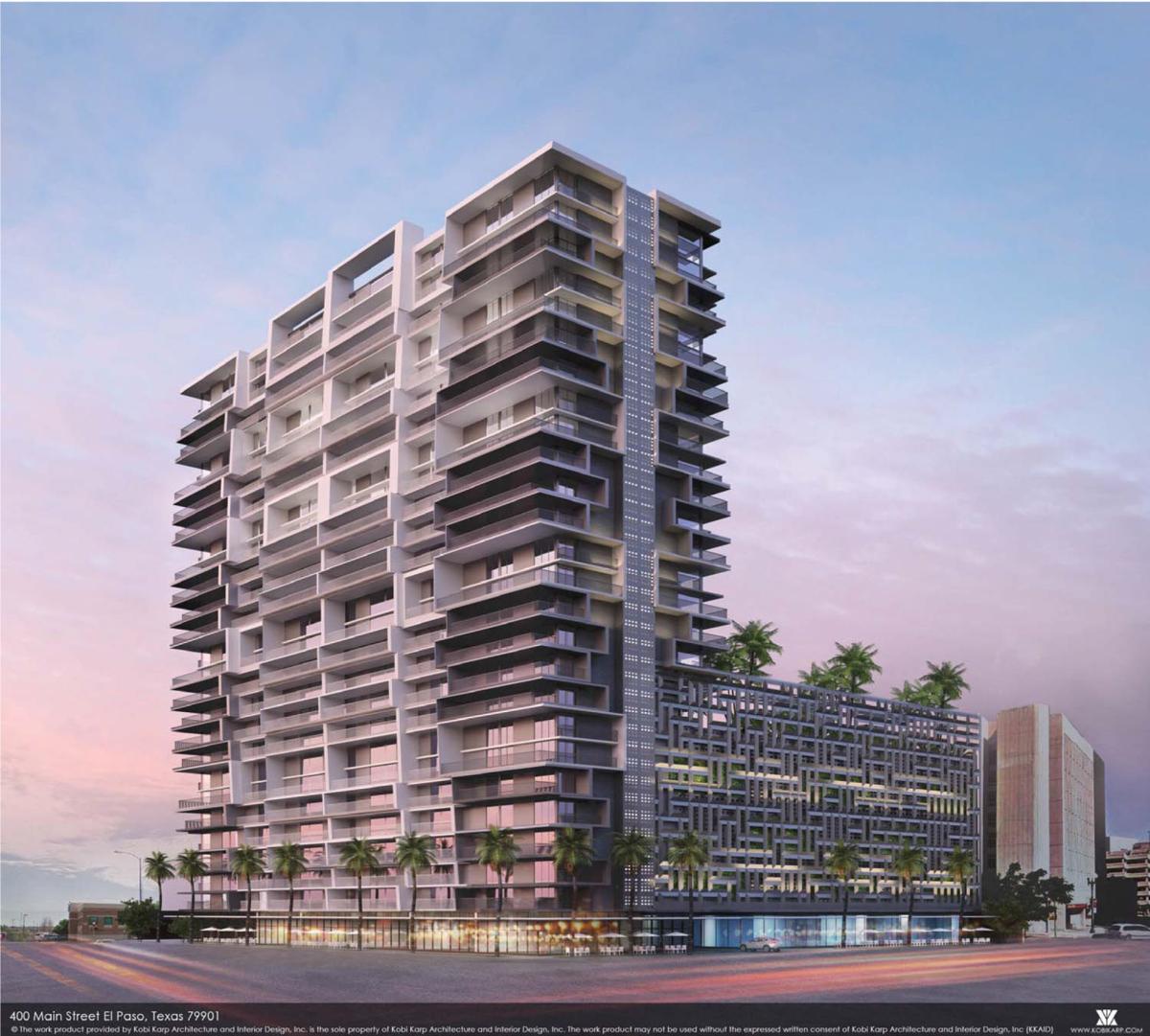 An architectural drawing shows what the proposed 26-story tower would look like. 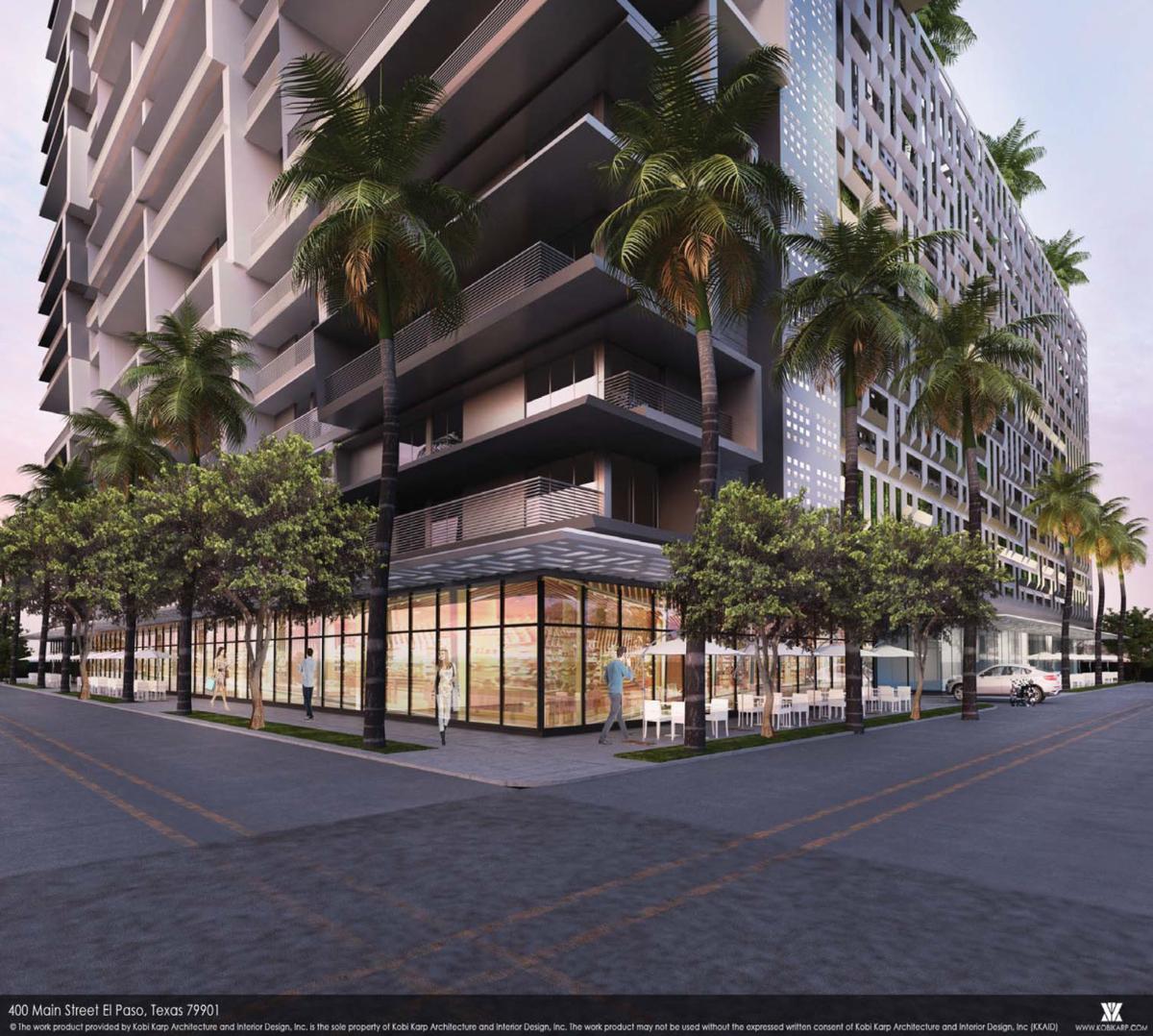 An architectural drawing shows what the proposed 26-story tower would look like.

The Meyers Group and II Sabes have teamed up to build a 26-story tower in Downtown El Paso – the latest multimillion-dollar investment to move forward in Downtown.

On Tuesday, City Council approved preliminary plans for the tower, which involves a partnership with the city. It will be built on the 1.5-acre City Hall parking lot, which occupies an entire block at Mills and Campbell.

The mixed-use building would combine 360 luxury apartments and hotel units with 35,000 square feet of ground-level retail and 1,104 parking spaces. The city would own 700 of the parking spaces, according to the proposal.

The project is being developed by the Meyers Group, led by developer Stuart Meyers, and II Sabes, led by Richard Aguilar, who is behind the Montecillo development on the Westside.

“This proposal was conceived and developed with a vision towards transforming Downtown El Paso into a flourishing city center; an attractive and vibrant place to live, work and visit,” the partners write in their proposal.

The Meyers and Aguilar made a big splash a year ago when they announced plans to buy one of El Paso’s most significant landmarks, the Camino Real Hotel. Now, the tired property is under renovation, and the $70 million project is set to finish next year.

The Meyers Group also has plans for a residential development on the Westside, near North Mesa and Westwind. That project has not moved forward yet and a completion date has not been announced.

Two years ago, the city announced that it was seeking a private-sector partner to build a Downtown tower on the parking lot in front of City Hall.

Meyers Group, a Florida-based company that opened an office in El Paso in 2015, is one of five companies that submitted proposals, city documents show.

The other companies that responded to the city’s request for proposal, or RFP, were Wright Development Services, Soto Enterprises Inc., Paragon Project Resources and Altair Developments, according to the tabulation form.

The new tower will include two pools, a fitness/spa center, restaurant and grocery, according to the proposal.

In the meantime, Hunt Companies and partner WestStar Bank are moving forward with plans to build a 14-story, $70 million office tower on the city block at 601 N. Mesa.

The plans for the high rise, called WestStar Tower, include 600 parking spaces, 200,000-square-feet of office and retail space, and green space.

Paul Foster is restoring the historic 19-story landmark Plaza Hotel. Foster plans to turn the building, which has been mostly vacant for years, into a four or five star boutique hotel with a minimum of 100 rooms.

Lane Gaddy’s Aloft Hotel is set to open in the historic Bassett Tower by the end of the year.