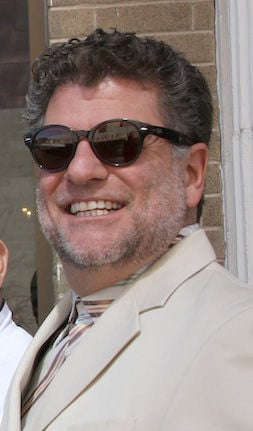 Billu Abraham, the El Paso businessman now serving a two-year-prison sentence, is taking his daughter to court over the ownership of five properties. 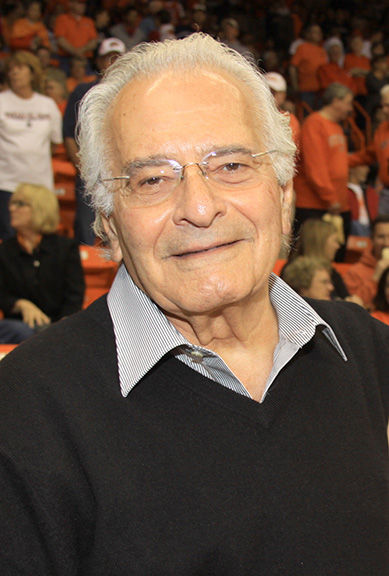 Billu Abraham, the El Paso businessman now serving a two-year-prison sentence, is taking his daughter to court over the ownership of five properties.

A year after hundreds gathered at El Paso’s St. Patrick Cathedral to mourn the loss of prominent defense attorney and property owner Joseph “Sib” Abraham Jr., a new battle is brewing over his estate.

The late lawyer’s granddaughter, Asia Zaragoza, and his son, William “Billy” Abraham, have gone to court in a fight over five properties claimed by the estate. Billy Abraham, who is serving a two-year prison sentence in Fort Stockton, Texas, is Asia Zaragoza’s father.

The properties include a multi-story building in Downtown El Paso, a motel on North Mesa Street, two homes on the Coronado Country Club golf course and a property in Austin. They have a total appraised value of $3.2 million, according to court documents.

In a lawsuit filed June 30 in El Paso County Probate Court 1, Billy Abraham claims the properties were not owned by his father when he died but where owned by him.

And the attorney for Asia Zaragoza, who is the designated executor of her grandfather’s estate, has filed documents fending off the claims.

Billy Abraham, 59, owns a number of endangered historic buildings in Downtown El Paso and has been in hot water with city officials for years over the deteriorating condition of the buildings. Many of the properties are located at the center of Downtown revitalization efforts.

In March, Abraham was sentenced to prison after pleading no contest for failure to stop and render aid to a man he struck with his truck while driving drunk in 2010. His projected release date is Feb. 13, 2016, according to Texas Department of Criminal Justice records online.

The property feud is the latest salvo in a sprawling probate case that spills over hundreds of pages. It involves some of the region’s most influential families and has also snared some of the late lawyer’s former clients, who have had to scramble to find new lawyers.

The feud over the five properties involves a disputed deed as well as complicated financial transactions between Abraham, his father and grandfather.

Last Monday, Zaragoza filed a response to Billy Abraham’s claim that he owns the buildings, denying “each and every” allegation.

The lawyer representing the estate, Alexander Neill, told El Paso Inc., “The estate’s position is that (Sib Abraham) owned a 1/2 community interest in those properties and that (Billy Abraham) has presented no evidence that he has an ownership interest in the El Paso properties….”

The disputed property in Austin is a parking lot located Downtown at 415 E. 7th St., and a deed filed in court appears to show Billy Abraham acquired the property from his father.

The estate “has concerns about the validity of the deed to the property… that was filed by (Billy Abraham) in November 2014, three months after the death of his father,” Neill said in an email.

As for the El Paso properties, the estate maintains that all of them have deeds listing Joseph “Sib” Abraham Jr. as the owner, not Billy Abraham.

The most visible property in dispute is a mostly vacant building in Downtown El Paso at the corner of East San Antonio and South Oregon, near the Camino Real Hotel and Plaza Theatre. The estate has a quarter interest in the property.

In court filings, Billy Abraham claims to have sold the property at 200 E. San Antonio to his great grandfather, Joseph Abraham Sr., in 1994.

Abraham Senior had sold a property and needed a tax shelter. By reinvesting the money in another property, Billy Abraham’s grandfather would qualify for a tax-free exchange, the lawsuit says.

Billy Abraham claims the property was supposed to be given back to him at the end of two years, but was not. His grandfather, the patriarch of the Abraham family who emigrated from Syria to Mexico and then to the United States, died in 1998.

The other properties in dispute are the La Posta motel at 4111 N. Mesa and two houses on the Westside, at 1005 Singing Hills and 925 Broadmoor.

The late lawyer’s former clients have also filed claims against the estate totaling more than $1 million so far. In court filings, they claim to have paid Abraham retainer fees and advances – some as high as $100,000 – for their defense that were to be set aside in trust accounts.

The official inventory filed by the estate in court does not appear to list such accounts, which has left some former clients to wonder where the money went, although the inventory can be amended later if the estate discovers additional assets.

“I have never received an accounting or statement of any kind as to whether these funds were placed in a trust account or how the fee was applied. I also had no written agreement with Mr. Abraham,” former client Patricia J. Grant of Arlington, Texas, alleges in a claim filed in court March 25.

Her allegations are echoed by a number of Abraham’s former clients in their claims filed in court.

more than $213,000 – in January 2014. Tax agents were suspicious that she was breaking up financial transactions to get around federal reporting requirements, a process called structuring or smurfing, according to the filings.

“I was faced with a federal felony charge and the loss of seized money,” Grant says in the claim.

“I believe that due to Mr. Abraham’s reputation as a defense lawyer and for the work he actually performed he was entitled to $40,000. I am making a claim for the balance of $60,000,” Grant says.

She reached a settlement with the IRS in December 2014 through the services of another attorney, according to the claim.

In the meantime, Zaragoza has reached an agreement to sell of some of the late lawyer’s property by auction.

Claims filed against the estate have outnumbered the value placed on the estate by the official inventory filed in court, and insiders say the case has much in common with a bankruptcy – claims are prioritized and those with low priority claims may not be reimbursed for their entire claim.

The total value of the estate is $2.9 million, according to the inventory. Much of the property owned by the estate has significant debt associated with it.

In May, the estate reached an agreement to sell seven properties to El Paso Los Ninos Partners LLC for $232,708 in cash, including a derelict building in the Old San Francisco historic district in Downtown, two homes in Central El Paso, property on Montana Avenue and a retail property in the Lower Valley, according to the report of sale filed in court.

The agreement still has to be finalized.

The estate has also entered into an agreement to sell a mobile home park in Northeast El Paso at 6111 Sun Valley Dr. for $2.4 million to Jaffa Parks, a company founded by a former Goldman Sachs trader that owns manufactured housing communities in Tennessee and across Texas.