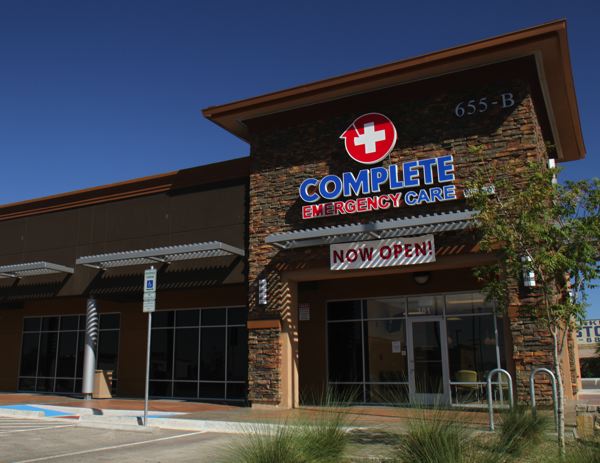 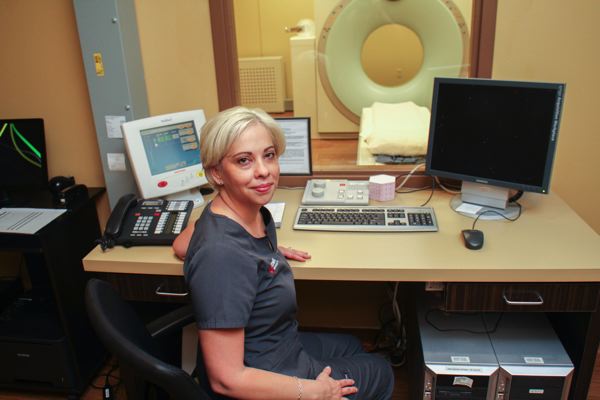 There is a boom in urgent care centers and stand-alone emergency rooms in El Paso, as competition for market share heats up ahead of next month’s enactment of key provisions of the Affordable Care Act.

El Paso has long suffered from one of the worst doctor shortages in the nation, which means doctors are often overworked, waiting rooms are crowded and scheduling medical appointments can be difficult.

It also means the demand for low-cost, walk-in urgent care centers is growing, and the El Paso market has caught the eye of out-of-town health care companies and local hospital chains, as well as enterprising doctors.

Patients primarily use urgent care centers when they can’t wait days or weeks for an appointment with their doctor, but their injury or illness is not serious enough to warrant a costly emergency room visit.

The average number of doctors per 100,000 people in Texas last year was 208, which is below the national average, but in El Paso the number was even lower – just 151, data from the Texas Medical Board show.

However, El Paso is also home to a lot of uninsured people, but that could change, some say, as key provisions of the Affordable Care Act, or Obamacare, begin to take effect.

“I think they are anticipating a high volume of newly insured patients – people who will actively go to a primary care doctor, urgent care clinic or emergency room because they now have insurance,” said Patsy Slaughter, executive director of the El Paso Medical Society, of the new urgent care centers maneuvering for local market share.

The health insurance exchanges created by the Affordable Care Act to provide new insurance options to the uninsured are scheduled to launch in a little more than a week. Beginning next year, the act carries penalties for those who remain uninsured.

The Texas state health department estimates there were 176,402 uninsured people in El Paso County in April – roughly a quarter of the population – Slaughter said. She added that local estimates place the number of uninsured El Pasoans closer to a third of the population.

“We are trying to decongest some of that,” Evans said. “Urgent care is designed to be a low-cost option to an emergency room visit. It is also designed for convenience because most doctors’ offices aren’t open until 9 p.m.; they aren’t open on weekends.”

They treat the most common maladies – sinus infections, fevers, sprains, back pain and cuts. Some also perform basic tests, such as blood, pregnancy and urine tests.

The cost for treatment is generally similar to a primary care visit but less than the emergency room. Patients are often seen by nurse practitioners.

An Internet search turns up 10 urgent care centers in El Paso, including a pediatric night clinic.

And this week, a San Antonio-based company holds a grand opening celebration for its new stand-alone emergency room, Complete Emergency Care, located in a shopping center behind a Jack in the Box and Dunkin’ Donuts on Redd Road on the Westside.

It has almost everything except an attached hospital. It advertises speedier and less expensive care than a hospital ER, is never closed and is staffed by an emergency doctor. However, it does not treat trauma or receive patients by ambulance.

Stand-alone emergency rooms, like urgent care centers, are popping up across the country and there are several in other Texas cities like Houston and Dallas.

“They saw that we did not have a (stand-alone emergency room) in the city and there was a need for it in the community,” said Amy Hernandez, director of nursing at Complete Emergency Care.

Hernandez has a bachelor’s degree in nursing from the University of Texas at El Paso and has worked as an emergency nurse in El Paso for 14 years.

“They did a lot of research,” she said, “looking at geographic and demographic data for our city, and noticed that for the people who lived on the Far Westside, their closest (emergency) facility was Providence Memorial Hospital,” Hernandez said.

Providence is about 10 miles southwest of the new stand-alone ER, and there is a lot of new development planned in Far West El Paso, including a new hospital.

Hernandez would not disclose prices but said they are “substantially lower” than a hospital ER. She expects the center to see 50 to 60 patients a day.

Patients needing inpatient care would be taken to Providence Memorial Hospital, which has an agreement with the company, said Evans, the hospital’s CEO.

“A lot of the emergencies don’t end up being admitted. They can be stabilized, treated and sent home,” Evans said.

Sierra Providence Health Network, one of the city’s largest hospital chains, has also recognized the opportunity and is making its own move into the market.

It is transitioning its urgent care location in Northeast El Paso, opened in 2011, into a satellite emergency department, according to Evans.

“There really is a need for people to get access to care at a convenient, after-hours, location,” Evans said.

A year ago, a 39-year-old El Paso woman with an ear ache went to the urgent care center Sierra Providence operates on Sunland Park Drive on the Westside.

After a 15-minute visit with a doctor, the problem was solved with a prescription for an antibiotic. The copay on her insurance was $50. She paid and left.

A few weeks later, the woman was surprised to receive a hospital-type bill from Sierra Medical Center for an additional $55, then a $189.99 bill from the doctor.

After disputing the bill with hospital administrators and her insurance company, it was eventually reduced to $50.

Facing more competition and responding to customer complaints, Sierra Providence is retooling the urgent care center, which it opened in February 2012.

The hospital chain recently sent a letter to patients announcing it has made the urgent care center simpler to use and its prices more competitive with other stand-alone centers by converting it from a department of the hospital to a free-standing center.

“Our rates under this new model are highly competitive with other free-standing, non-hospital affiliate urgent care centers in our area,” the letter says. “As with these other centers, you can now appreciate one global bill, without the worry of separate facility and provider fees.”

The other major hospital chain in town, Las Palmas Del Sol Healthcare, which operates Las Palmas and Del Sol hospitals, has not opened any urgent care centers in El Paso, yet.

As for the local county hospital, University Medical Center, it has plans to open three neighborhood healthcare centers throughout the city in a couple years, as well as a satellite emergency room in Northeast El Paso, according to the hospital.

The neighborhood centers would include primary and specialty physician offices, pharmacies, labs and imaging centers.

They will be funded by the sale of $152 million in bonds approved by El Paso County Commissioners Court earlier this year. The hospital is also seeking a 2.2- cent tax increase, which county commissioners are scheduled to consider on Monday.

The urgent care industry represents one of the fastest-growing segments of the American health care system, according to industry research firm IBISWorld. The urgent care business produced $14.5 billion in revenue in 2012.

Last year, there were about 9,000 urgent care centers in the United States. On average, 357 patients visited each center every week, according to the Urgent Care Association of America, or UCAA.

More than 85 percent of urgent care centers reported expecting growth, primarily in their numbers of visits. However, almost 40 percent are expected to expand their existing location or add another site, according to a UCAA report published last year.