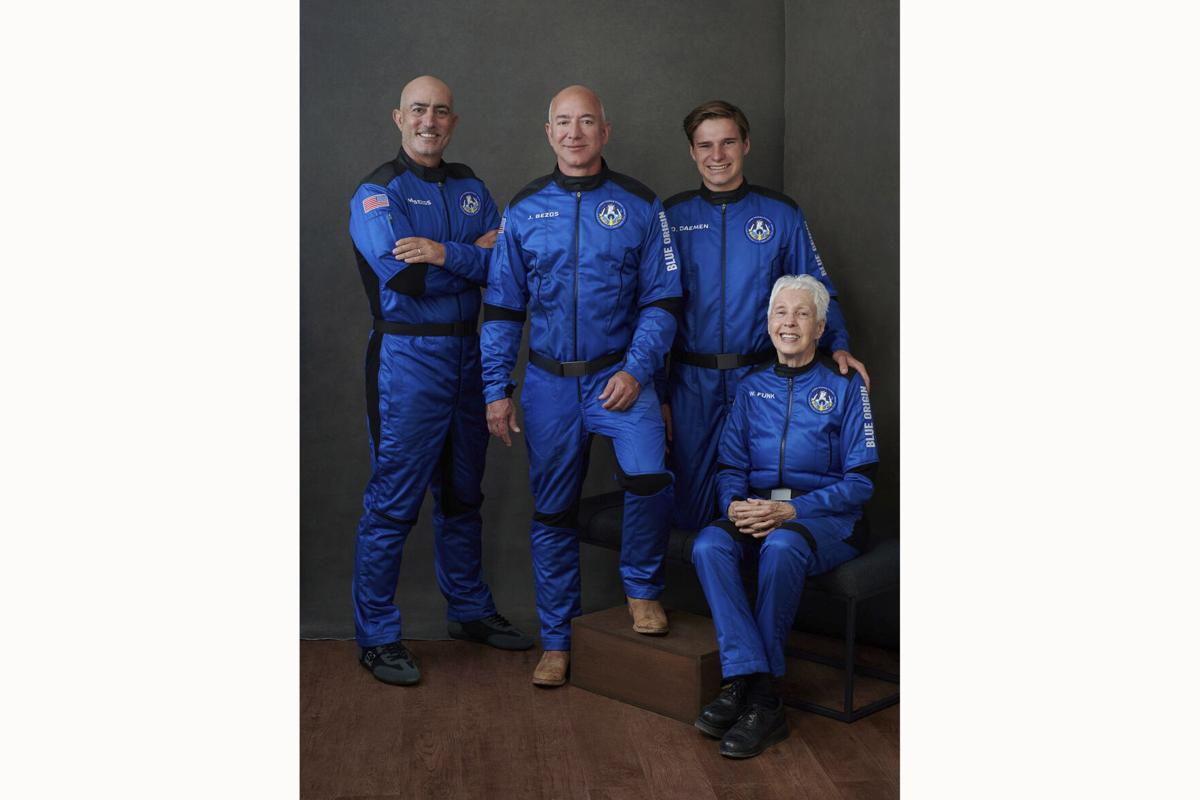 In this photo provided by Blue Origin, from left to right: Mark Bezos, brother of Jeff Bezos; Jeff Bezos, founder of Amazon and space tourism company Blue Origin; Oliver Daemen, of the Netherlands; and Wally Funk, aviation pioneer from Texas, pose for a photo. 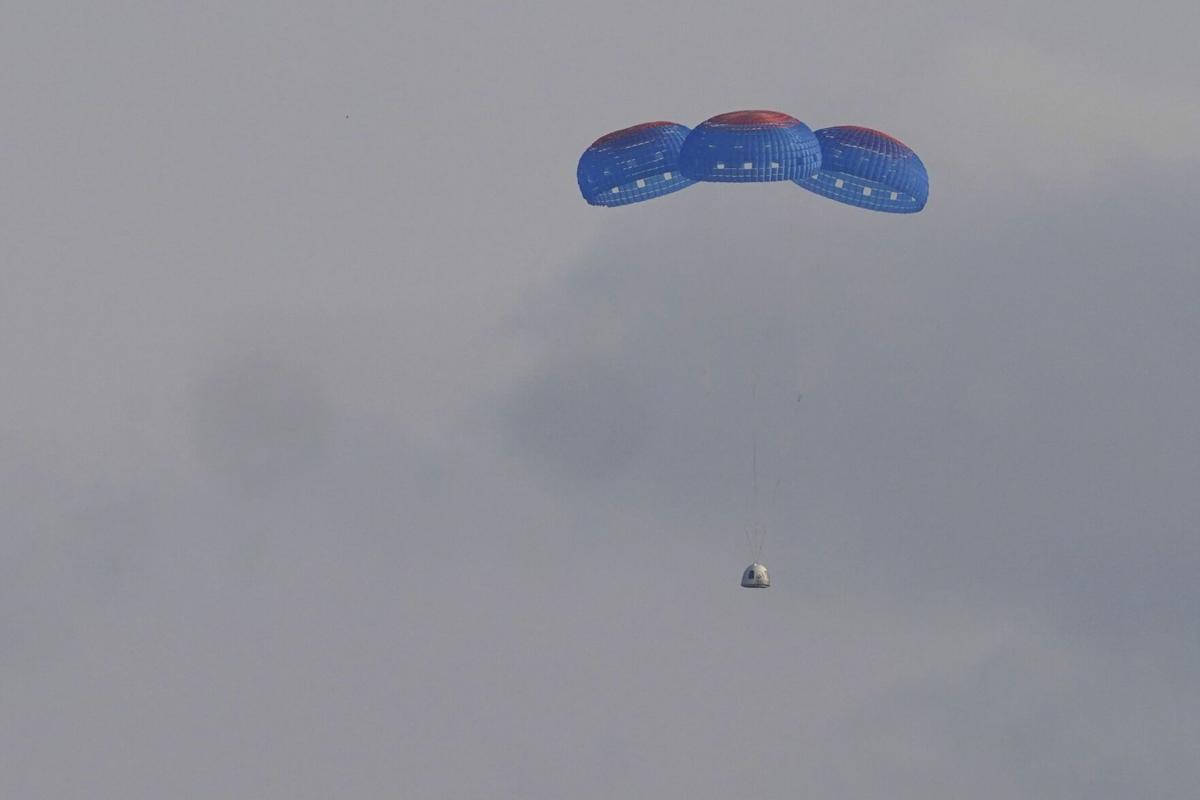 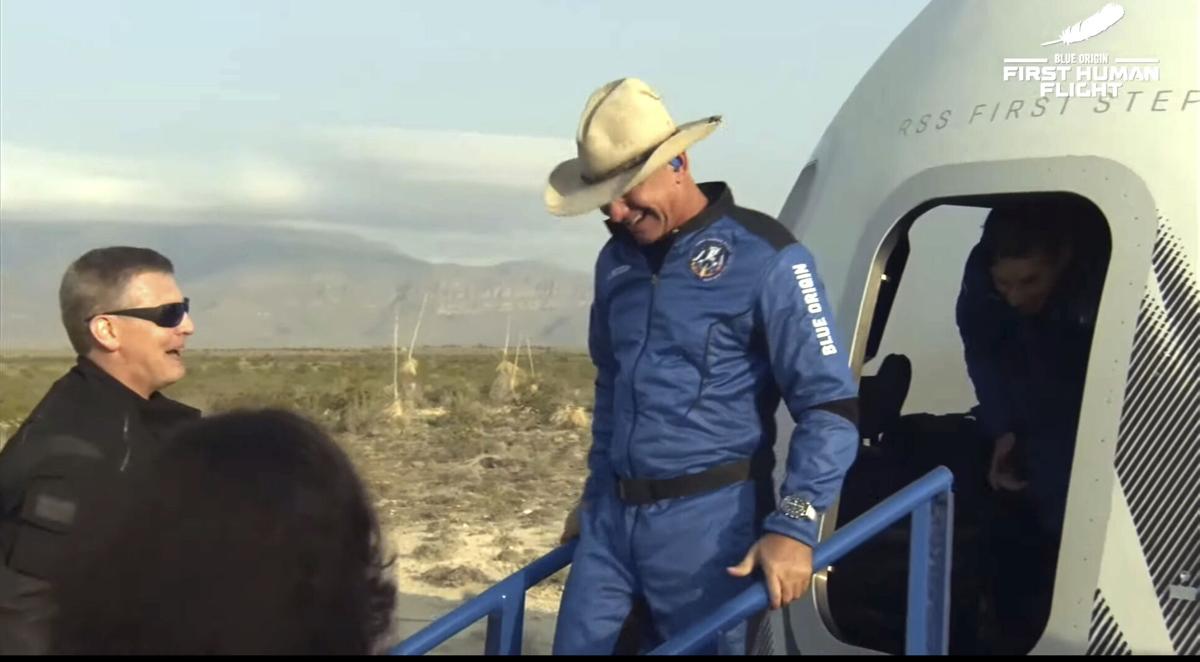 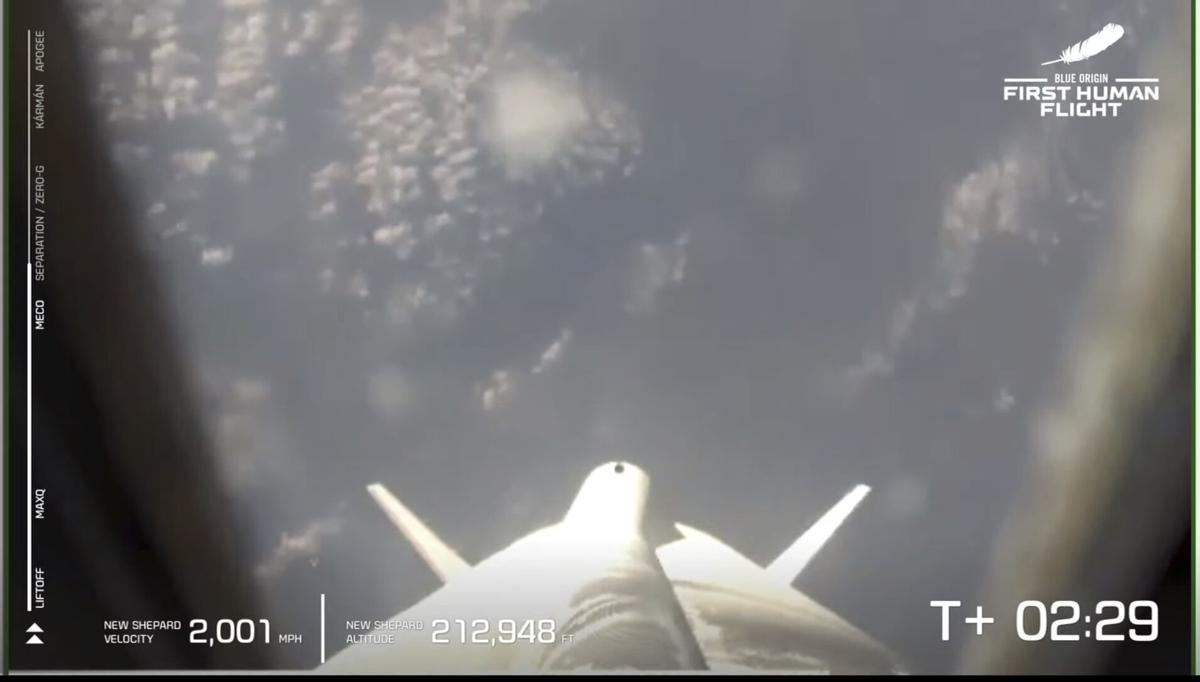 Jeff Bezos, the richest human in the world, went to space on Tuesday. It was a brief jaunt — rising 60-some miles into the sky above West Texas — in a spacecraft that was built by Bezos’ rocket company, Blue Origin.

The flight, even though it did not enter orbit, was a milestone for the company that Bezos, the founder of Amazon, started more than 20 years ago, the first time a Blue Origin vehicle carried people to space.

“Best day ever,” Bezos exclaimed once the capsule had settled in the dust near the launch site.

That Bezos himself was seated in the capsule reflects his enthusiasm for the endeavor and perhaps signals his intent to give Blue Origin the focus and creative entrepreneurship that made Amazon one of the most powerful economic forces on the planet.

Outside of short delays in the countdown, the launch proceeded smoothly.

Just after 8:30 a.m. Eastern time, the four passengers arrived at a bridge atop the launch platform, with each ringing a bell hung at one end before crossing to the capsule. They then began boarding the capsule one at a time and strapped into their seats.

The stubby rocket and capsule, named New Shepard after Alan Shepard, the first American in space, rose from the company’s launch site in Van Horn, Texas, shortly before 9:15 a.m., a thin jet of fire and exhaust streaming from the rocket’s engine.

Once the booster had used up its propellant, the capsule detached from the rocket at an altitude of about 47 miles. Both pieces continued to coast upward, passing the 62-mile boundary often considered to be the beginning of outer space.

Bezos and the passengers unbuckled and floated around the capsule, cheering as they experienced about 4 minutes of free fall.

“You have a very happy crew up here, I want you to know,” Bezos said as the capsule descended.

The booster landed vertically, similar to the reusable Falcon 9 booster of the rival spaceflight company SpaceX. The capsule then descended until it gently set down in a puff of dust.

About 11 minutes after launch, it was over.

The four passengers exited the capsule just after 9:30 a.m. and embraced loved ones, friends and ground crew as they celebrated.

From Apollo rocket testing to space tourism: Region has long been a launchpad for aerospace dreams

Richard Branson, Jeff Bezos and other tech heads are big on being the first.