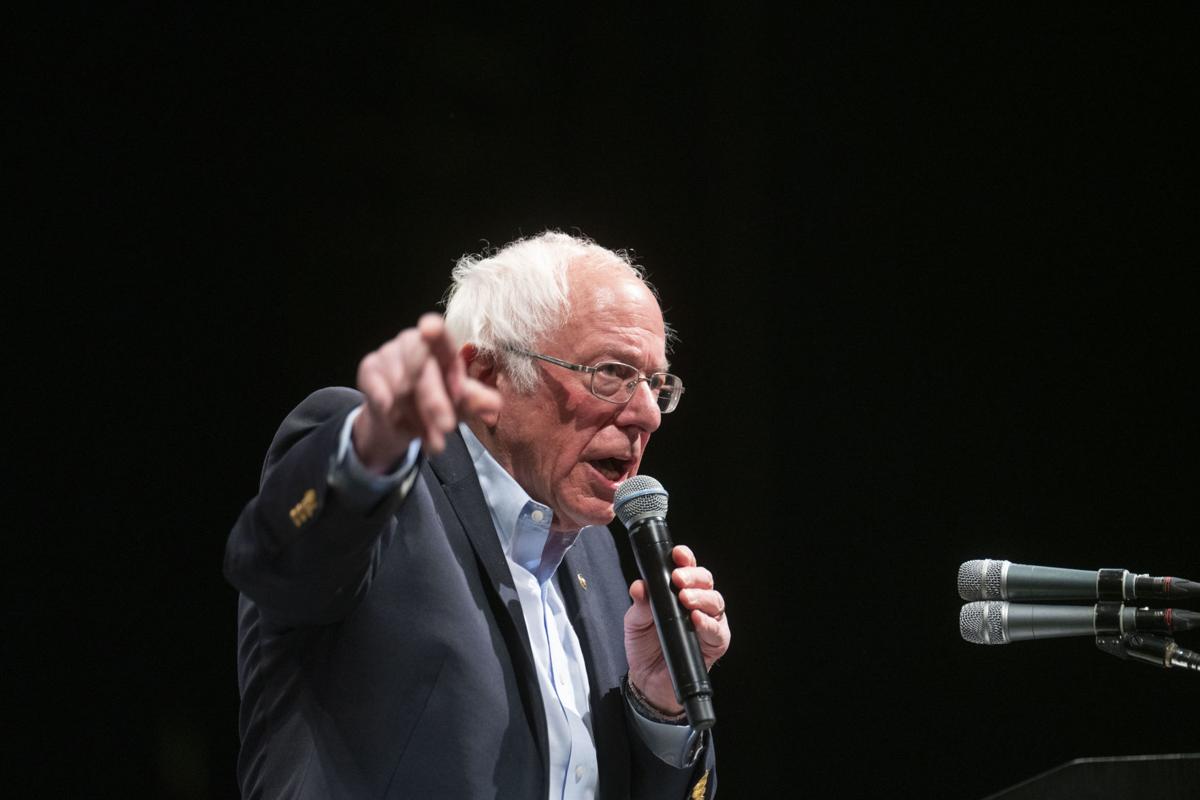 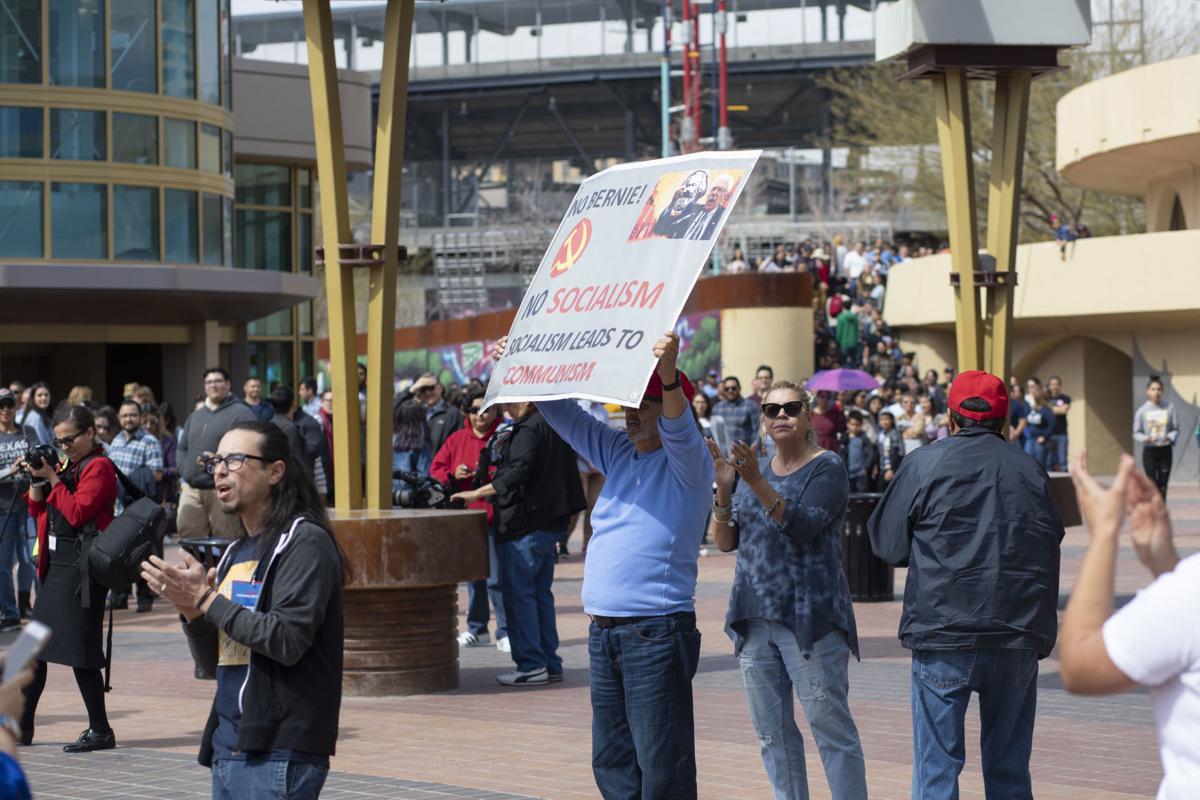 Protestors gather outside as U.S. Sen. Bernie Sanders holds a rally at the Abraham Chavez Theatre on Feb. 22. 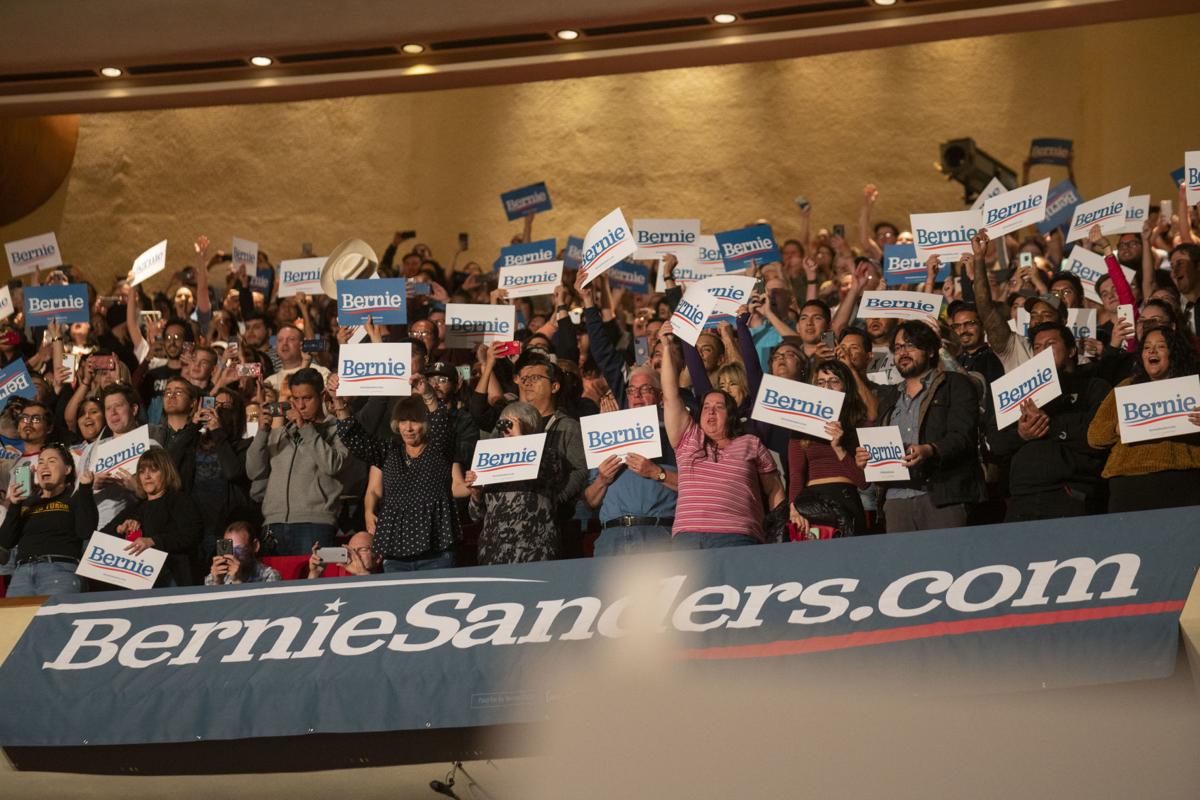 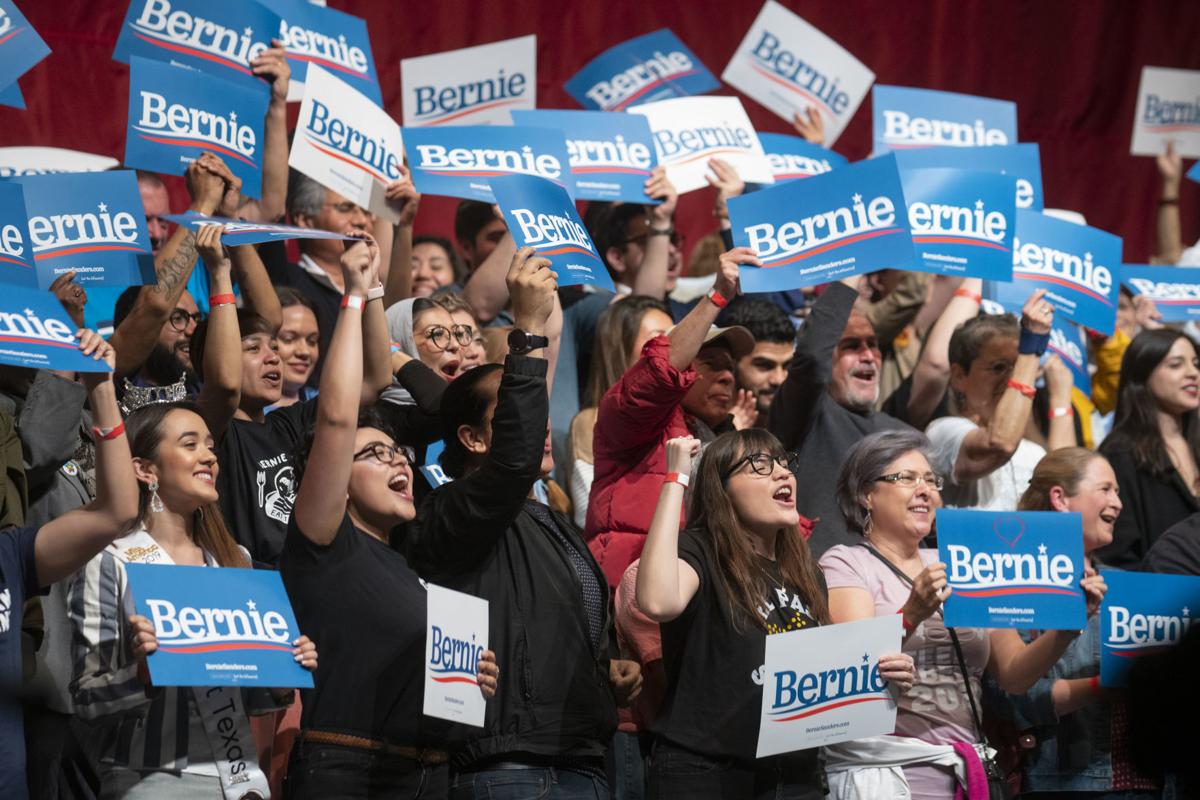 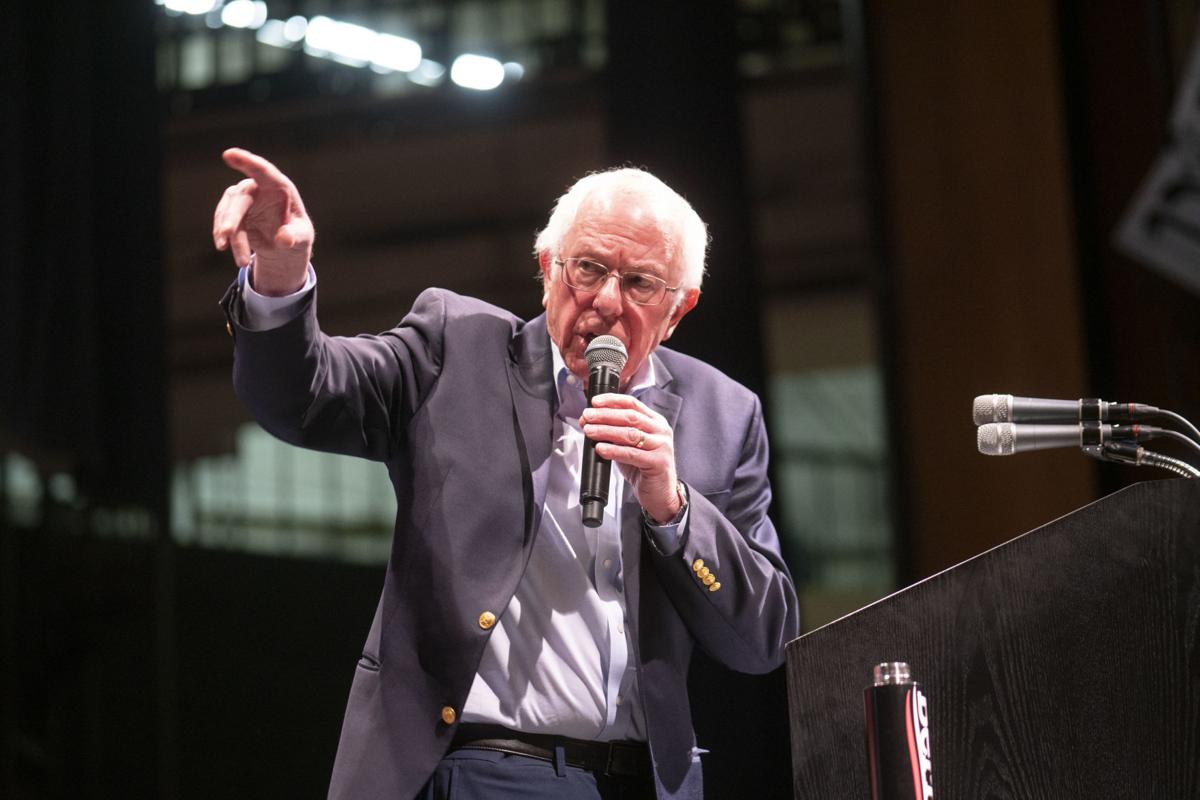 Protestors gather outside as U.S. Sen. Bernie Sanders holds a rally at the Abraham Chavez Theatre on Feb. 22.

U.S. Sen. Bernie Sanders made the rounds in Texas, rallying supporters in El Paso and other major Texas cities the same day he won the Nevada caucus and cemented his status as the Democratic frontrunner.

On Saturday, Sanders held a rally at the Abraham Chavez Theatre, speaking in front of a crowd of about 2,500, with more supporters waiting outside.

While in El Paso, Sanders visited the Aug. 3 memorial. His next stop was San Antonio where he held another campaign rally.

Part of Sanders’ 30-minute speech focused on going up against President Donald Trump in the November national election and the need to reverse the president’s immigration policies.

“We are going to end the demonization of the undocumented in this country,” Sanders said.

Sanders won the 2020 Democratic primary in Nevada on Saturday with more than 44% of the vote.

Early voting for Texas’ Democratic primary is ongoing. Election day for Texas and 10 other states is Tuesday, March 3, also known as Super Tuesday.

There were several familiar El Pasoans on hand to introduce Sanders on Saturday, including a music opening by the band Sparta.

“You and I want an administration that values the impact immigrants have on our economy and our community,” Annello said. “We want a White House that wants to safeguard our health care, better our education and invest in people, not profit off of them.”

Stout said he considers himself the most progressive commissioner in El Paso County and that Sanders’ policies line up with that.

“That means that our policy and priorities align with what so many El Pasoans want,” Stout said. “Whether it’s paying people a living wage, to increased representation and protecting worker rights, we’ve both made these priorities, and Bernie has led the fight on this for years.”

Other speakers at the Sanders rally included Cemelli De Atzlan, a grassroots community organizer, and Jim Hightower, former commissioner of the Texas Department of Agriculture.

There were a few protestors at Saturday’s rally, including some who were protesting against socialism. One sign read: “No Bernie! No socialism. Socialism leads to communism.”

Sanders is now among just a few candidates who have visited the borderland for the 2020 election cycle. Former New York City Mayor Mike Bloomberg held an event in late January that was attended by about 300 people and has opened a field office in El Paso. President Trump made a campaign stop in El Paso in February 2019.