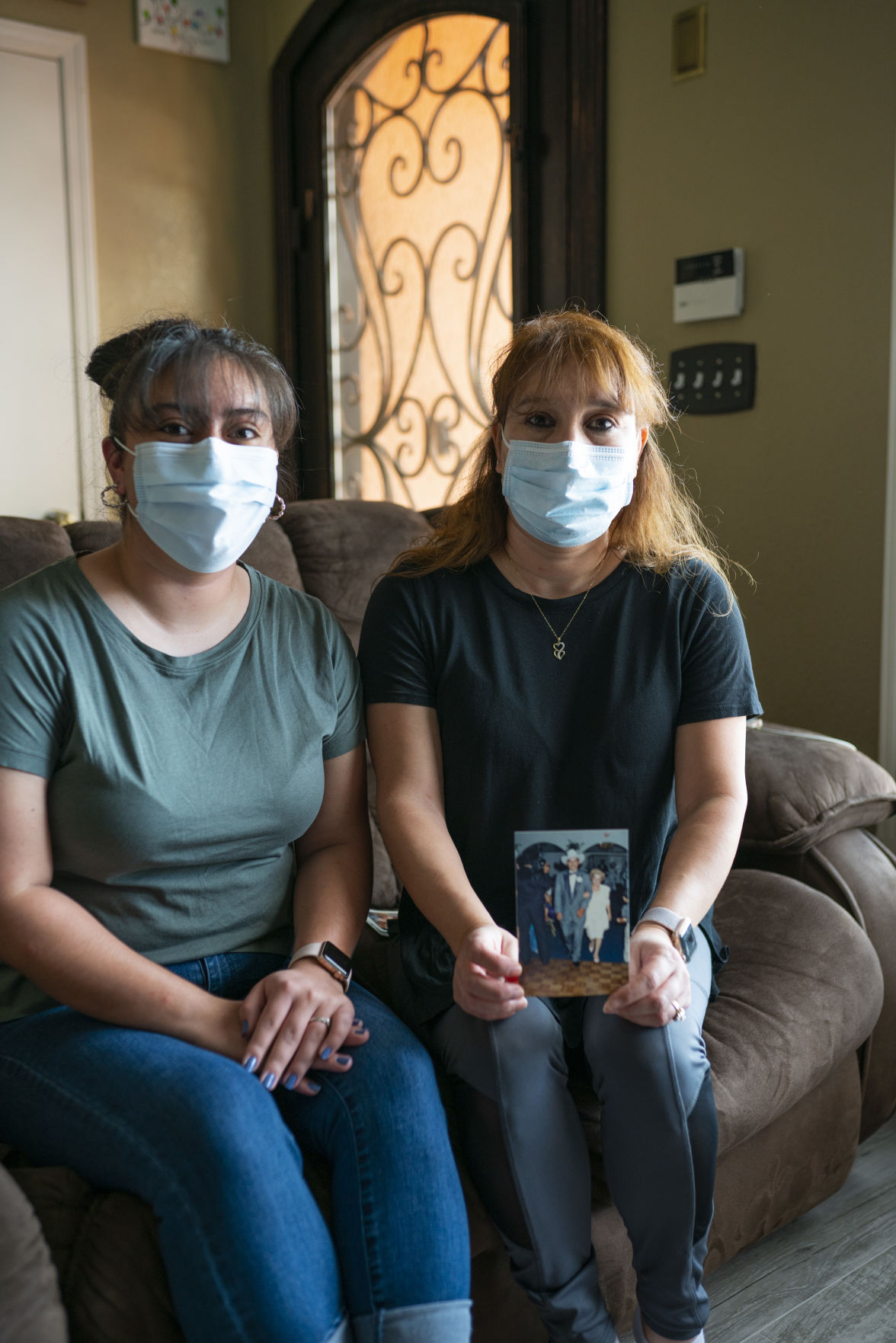 Celia Lopez, sitting next to her daughter Abby Esparza, holds a photo of her father, 80-year-old Nemecio Lopez, who died on May 24. Lopez says they were unable to speak by phone with her father for days at a time and could not reach anyone in charge at Mountain View Health and Rehabilitation. Then, Lopez learned on May 22 that her father had tested positive for the coronavirus and two days later that he had died. 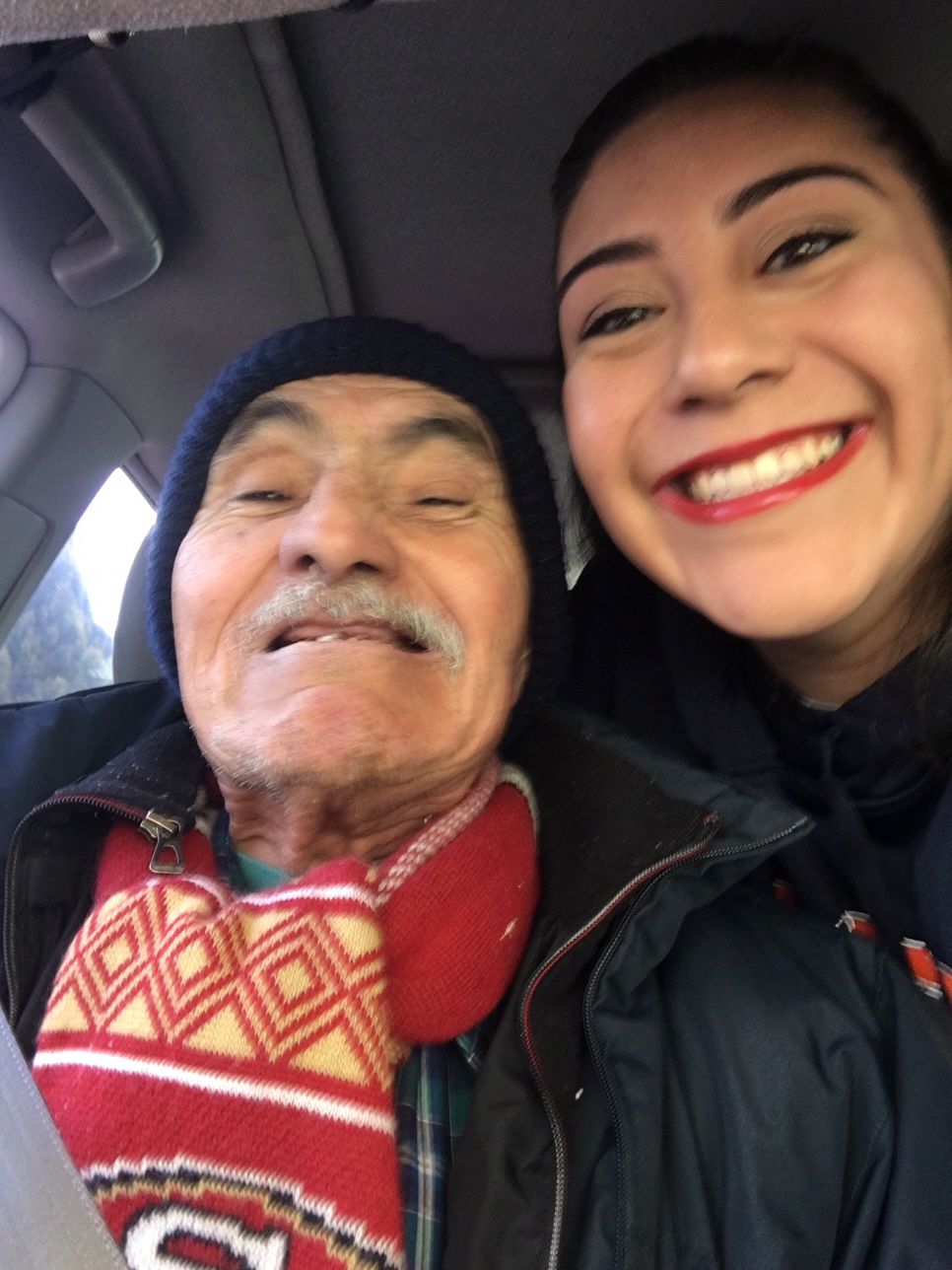 Nemecio Lopez with his granddaughter, Abby Esparza, in better times before the pandemic. 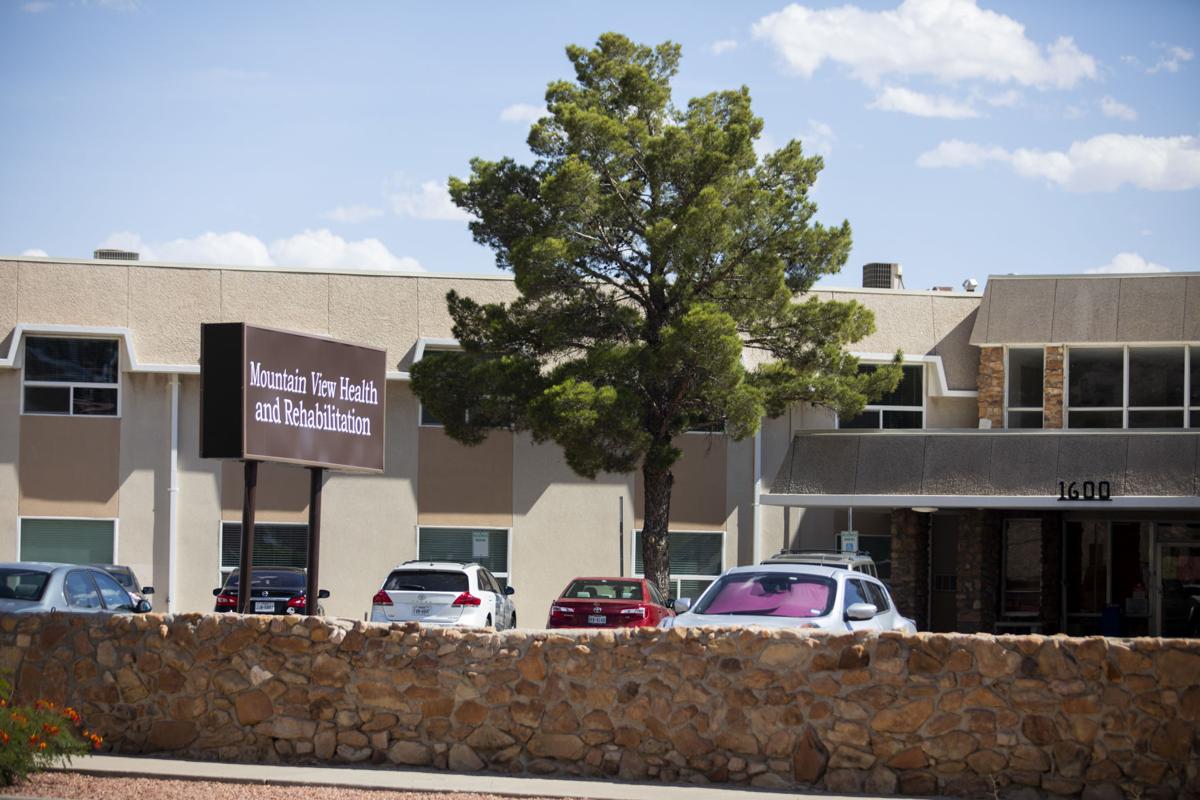 Celia Lopez, sitting next to her daughter Abby Esparza, holds a photo of her father, 80-year-old Nemecio Lopez, who died on May 24. Lopez says they were unable to speak by phone with her father for days at a time and could not reach anyone in charge at Mountain View Health and Rehabilitation. Then, Lopez learned on May 22 that her father had tested positive for the coronavirus and two days later that he had died.

Nemecio Lopez with his granddaughter, Abby Esparza, in better times before the pandemic.

One of them was 80-year-old Nemecio Lopez, who spent his final weeks at the locked-down Mountain View Health and Rehabilitation center on Murchison, unable to see his family and rarely allowed to speak with them on the phone.

Elderly care facilities top the list of places where coronavirus cases are clustered in El Paso County, with more than 216 cases at 21 such facilities, according to the latest data from the El Paso Department of Public Health.

Lopez, who retired from Tony Lama after working as a bootmaker for more than 30 years, died alone at Mountain View on May 24, two days after his family learned that he had tested positive for COVID-19.

His daughter, Celia Lopez, and granddaughter, Aibhlin “Abby” Esparza, say they and Nemecio himself were victims of the nursing home’s calloused treatment.

El Paso Inc. contacted Mountain View on Wednesday to inquire about Nemecio Lopez’s treatment and death and was promised a callback that never came.

Like other nursing homes in El Paso and around the state, Mountain View has been locked down on the governor’s orders since March, which meant Lopez and Esparza were unable to visit him in person.

Telephone calls were the only way they could talk to him. But, they said, they were unable to speak to him by phone for days at a time.

“My mom would call the facility to talk to the on-call nurse to check on my grandpa,” Esparza said in a letter she wrote to El Paso Inc. “She would ask the nurse to pass the phone to my grandpa or FaceTime for a couple of minutes.

“The on-call nurse would often say that my grandpa was either asleep or too tired to talk.”

Or, she said, her mom was left on hold for long periods of time, waiting to speak to her father, only to be disconnected.

That went on for weeks, Esparza and Lopez said in an interview, but they were never able to reach anyone in charge at Mountain View.

“Finally,” Lopez said, “when we’d get through, they’re like, ‘Oh, the nurse is busy. She’ll return your call.’ Then we’d wait with no calls. In the last week, I was only able to get through to see how he was doing, and that was at 1 o’clock in the morning.

“They told me he was fine.”

The following day, May 22, Lopez got a call from Mountain View informing her that her father had tested positive for COVID-19.

Two days later, last Sunday, they received another call, not from the nursing home but a third party, informing them that Nemecio Lopez had died.

“During this call with the third party, we were told the nursing home had a 2-hour timeline to finalize funeral plans because the body needed to be removed from the facility,” Esparza wrote. “My grandpa died at 1:20 p.m., and we got the phone call of his death at 4 p.m. on a Sunday.

“We were already at the end of the 2-hour timeline.”

She said she called Mountain View but was on hold for 40 minutes only to be told the administrator was too busy to talk to her.

“There were individuals wearing white bunny suits and very extensive PPE (face shields, multiple gloves, N95 masks, shoe covers),” Esparza wrote. “We spoke to the administrator and the nurse on shift when my grandpa died and other nurses.

“They kept saying my grandpa came in as hospice, and that he was going to die with time. My mom wanted facts and the cause of death. The administrator and nurse were saying that my grandpa died because of his age and that he went to sleep and never woke up.”

As of Friday, they were still waiting for the death certificate and cause of death, which Perches Funeral Home needs to finalize the funeral arrangements.

“There is a lot of information that we feel is being hidden from us,” Esparza said.

Officials at the nursing home confirmed to El Paso Matters Thursday that there was a coronavirus outbreak at the facility but didn’t disclose how many residents and employees have been affected.

Twelve residents and an unspecified number of employees tested positive in an initial round of testing May 9-10, El Paso Matters reported. The remaining tests were determined to have been contaminated and another round of testing was ordered on May 20.