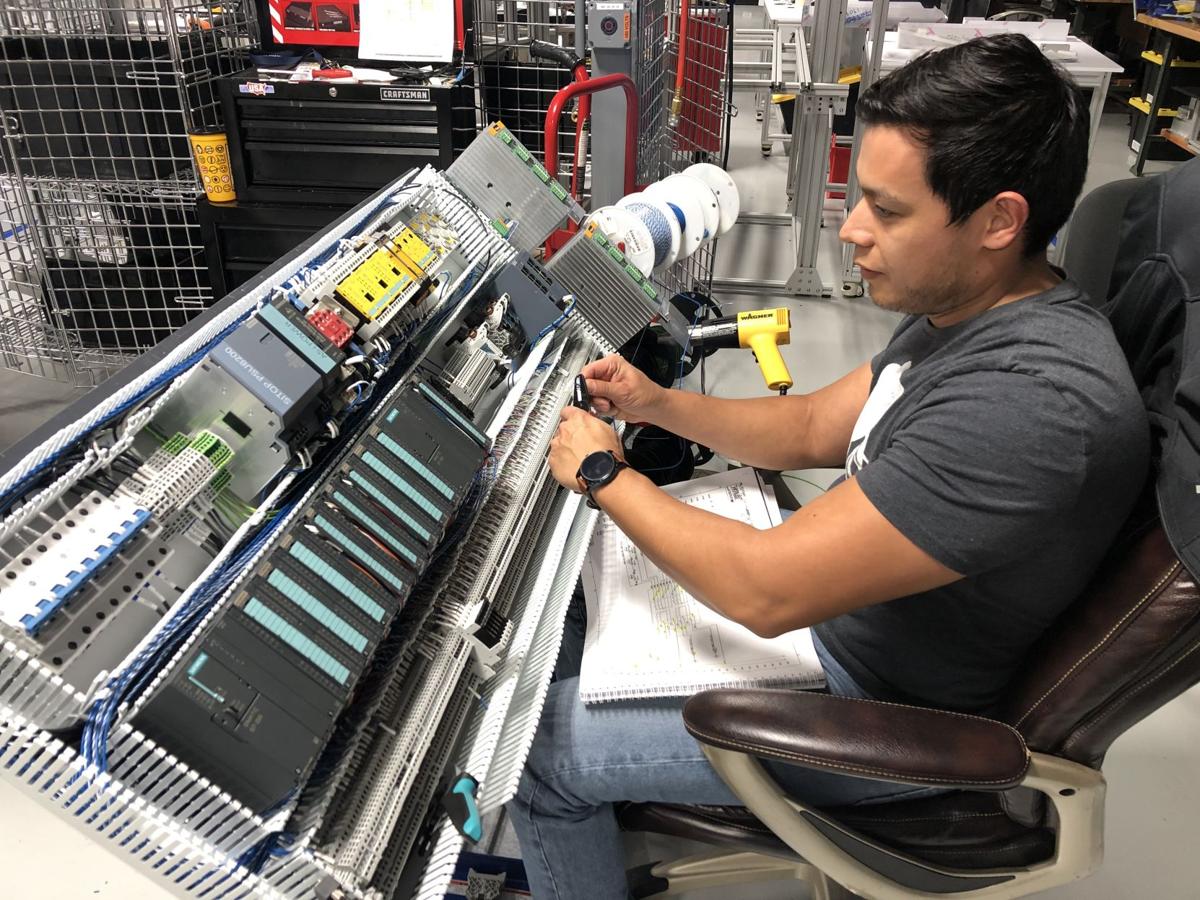 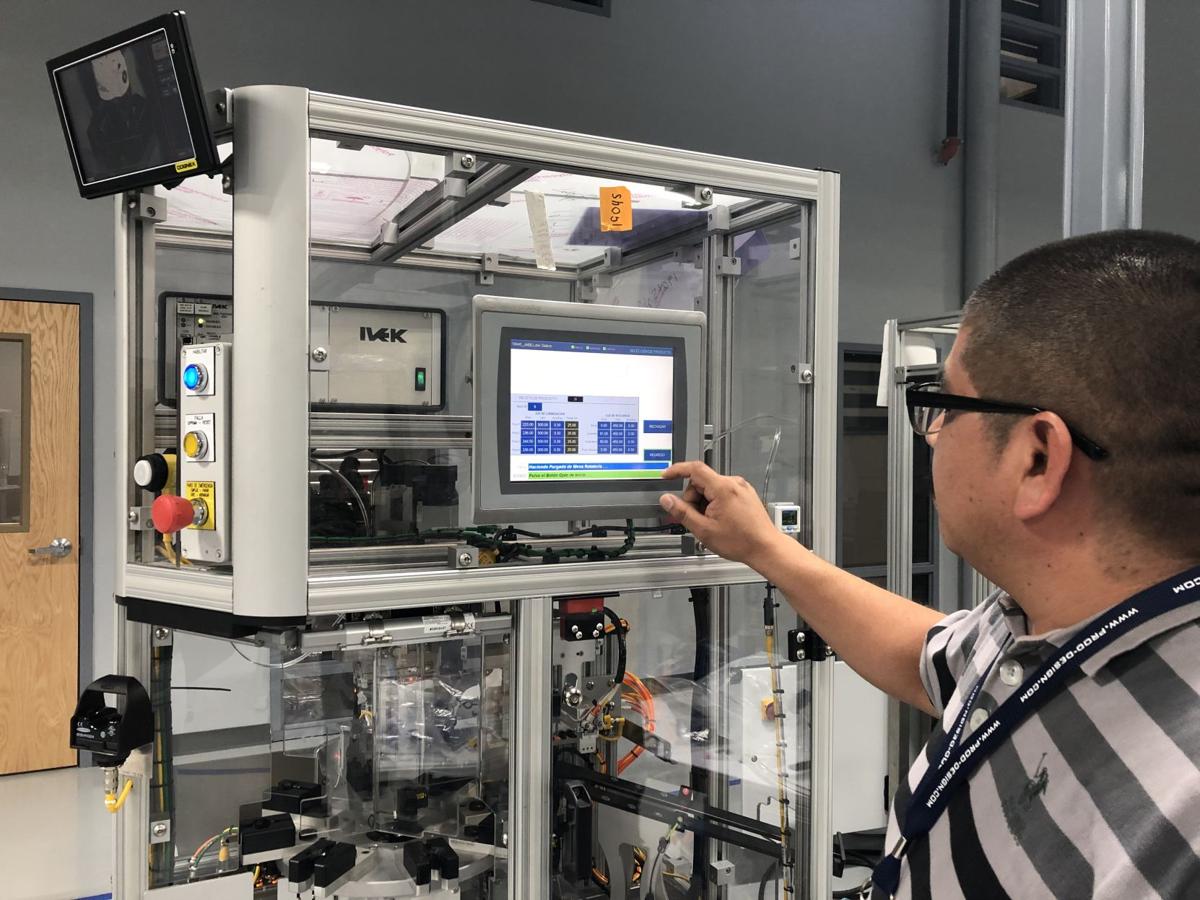 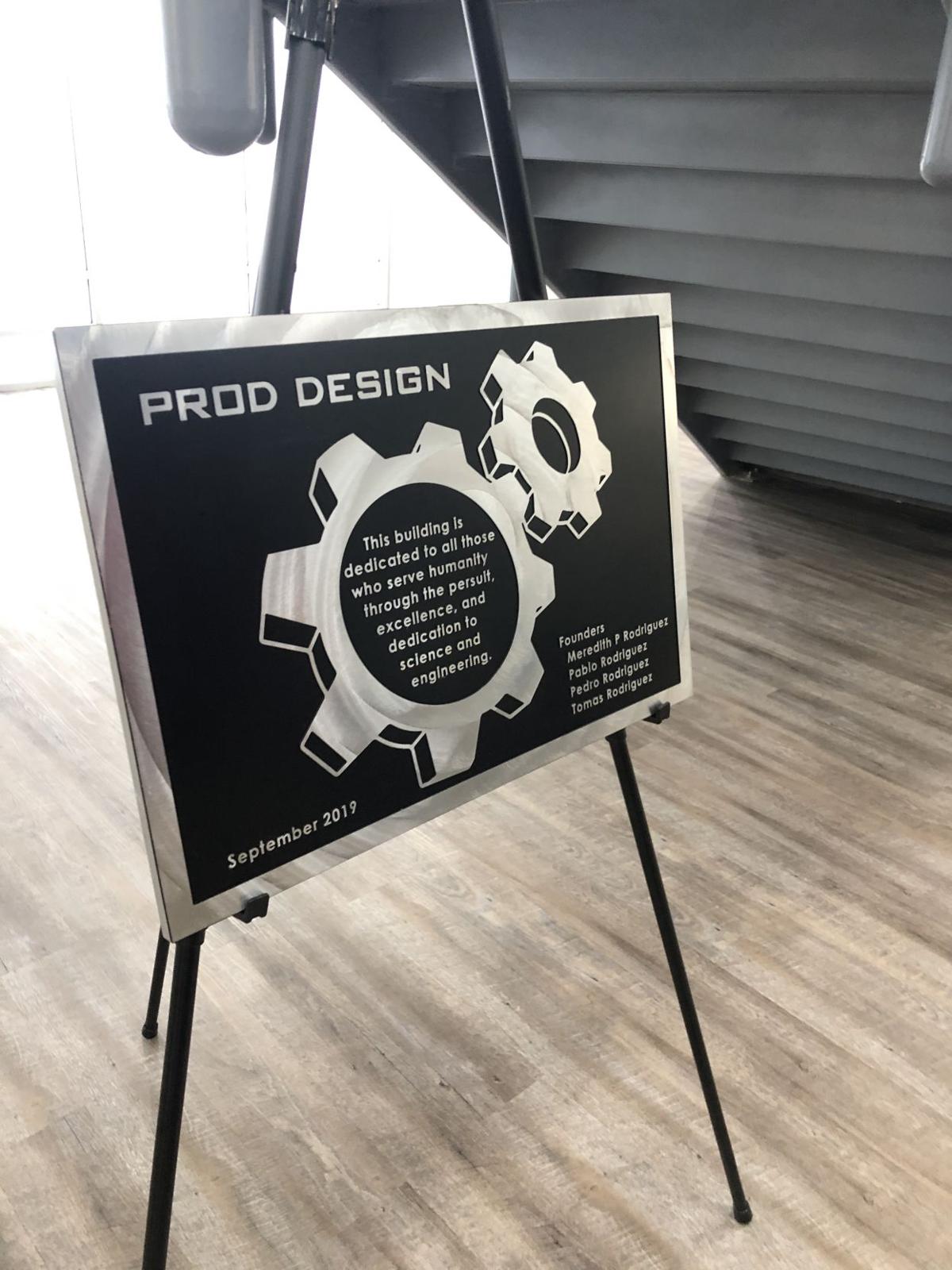 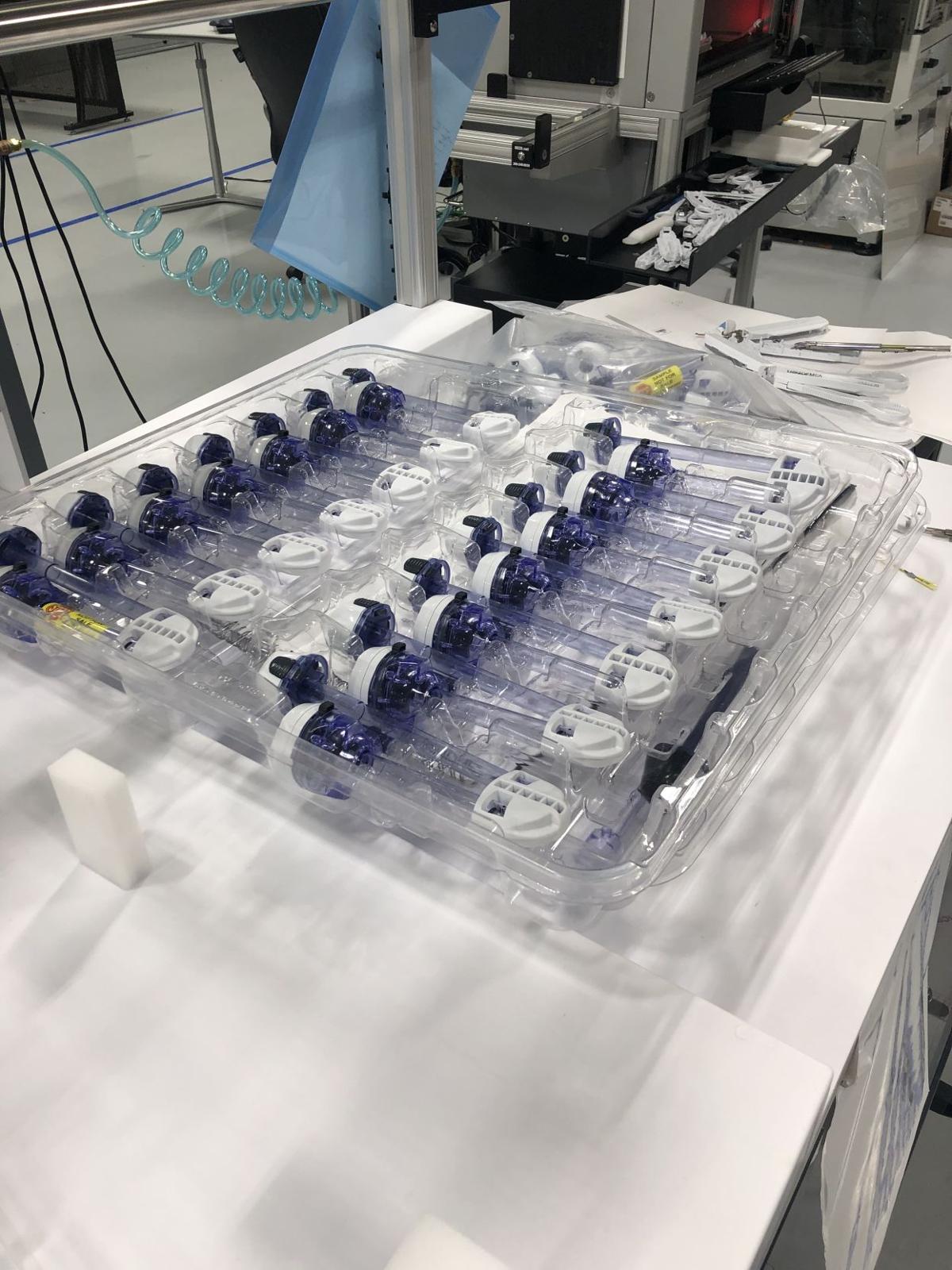 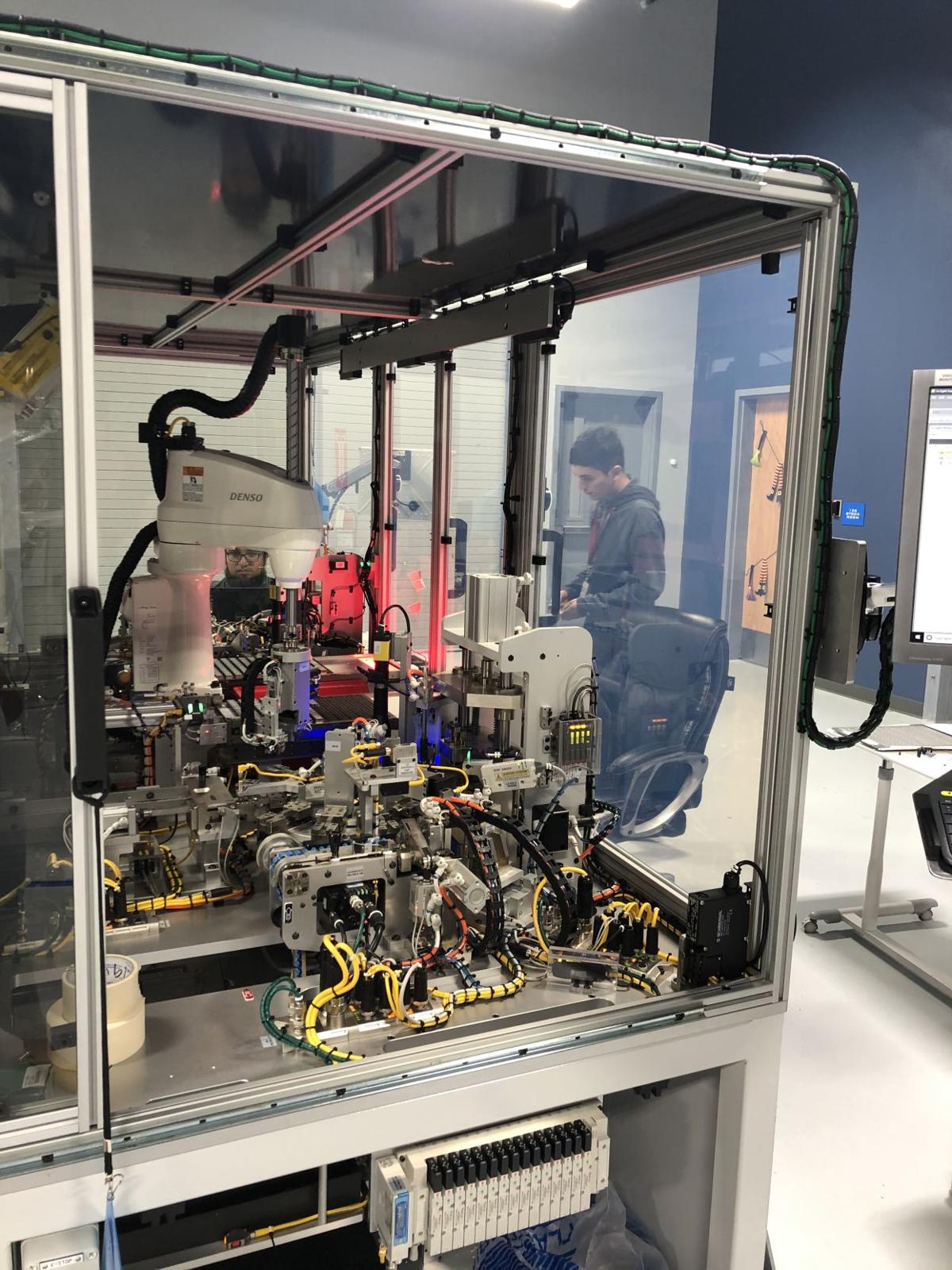 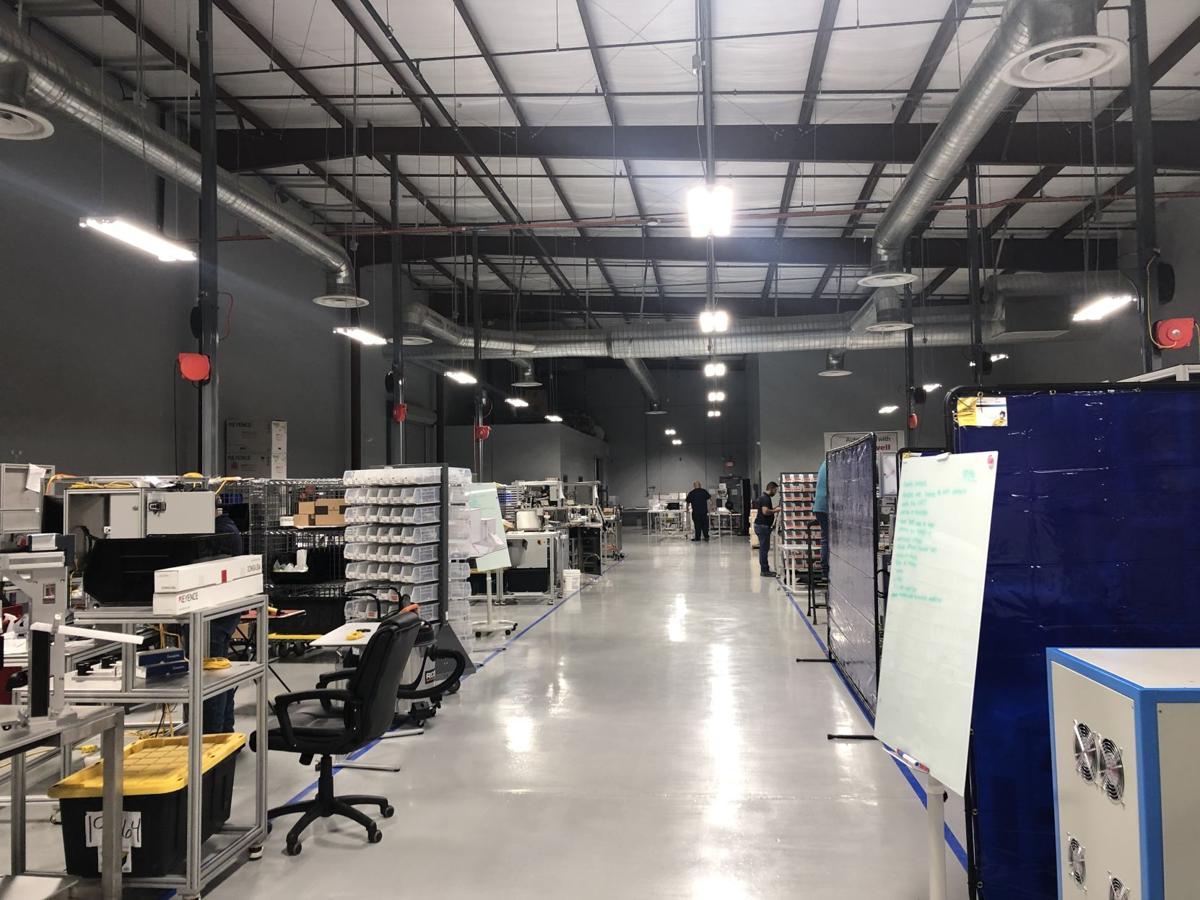 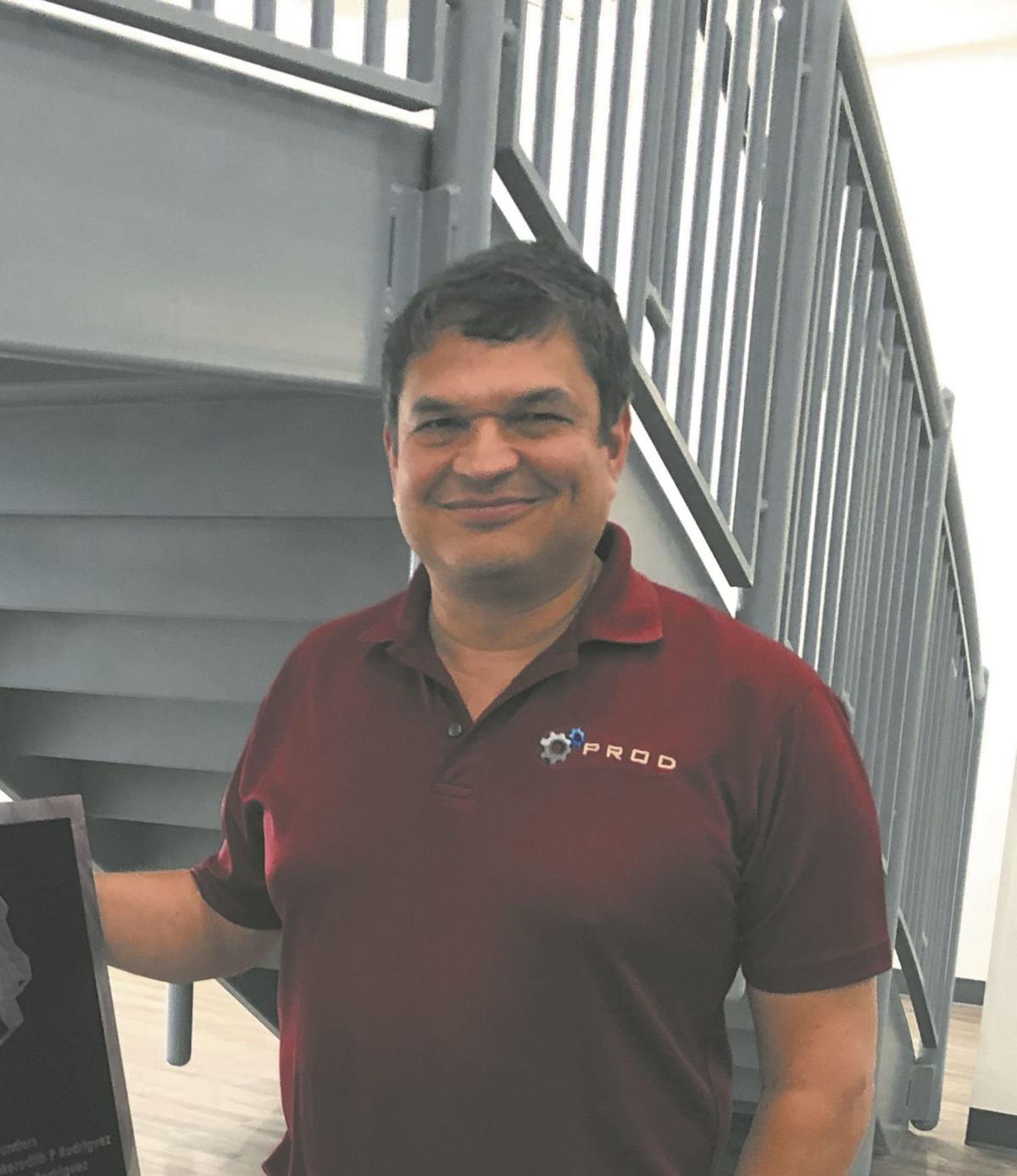 PROD Design & Analysis, headquartered in Far East El Paso, has been doing just that for 15 years. This summer, the company moved into a new 44,000-square-foot facility at 1255 Peter Cooper, more than doubling its floor space from its previous rented warehouse.

The company has also hired about 20 new employees in the last year to meet the growing demand from its customers, which include companies like Delphi Automotive Systems, Cardinal Health and DePuy.

“It takes a lot of work. It’s not quite 24/7, but it’s something like that,” said Pablo Rodriguez, president of PROD Design. “Weekends and holidays are not yours. You have to be very quick about it.

“It takes a lot of hard work, communication and foresight about what your customer needs.”

PROD mainly creates machines that are used to make medical devices. Rodriguez said about 70% of PROD’s business is for the medical sector and about 60% of the machines they sell go right across the border to Juárez.

Public officials and businesspeople in El Paso have long fretted about “brain drain,” saying too many graduates leave the region to find jobs, particularly engineers.

PROD is the kind of high tech company community leaders would like to see in the region. And some area graduates are finding a home there working on the machines that build products in Juárez.

PROD now has about 110 employees, including electrical, mechanical and software engineers. The average salary for an engineer at PROD is about $50,000 to $60,000 per year, Rodriguez said, while the average for a technician at the company is about $15 to $18 per hour.

Rodriguez said he’s aware of the brain drain challenges in El Paso and that he hopes more UTEP graduates will take a closer look at the manufacturing industry for those types of engineering positions.

The company does not have a formal agreement with UTEP, but Rodriguez said they have tried to recruit engineering graduates from the university. About four engineers who graduated from UTEP work at PROD.

Rodriguez said El Paso has a brain drain problem not because there’s a lack of jobs in the borderland, but because the job options here are limited for the skillset possessed by some graduates.

“We tend to be a lot of logistics and warehouses for maquilas, or law enforcement and that kind of stuff,” Rodriguez said. “But for the technical aspect, if you’re an engineering grad from UTEP, you’re not going to join the Border Patrol or DEA or ICE or anything else.”

He said PROD is one of the Socorro Independent School District’s Partners in Education, and that he wants to be able to show younger students that engineering can be fun and can lead to a diverse array of jobs.

“From that stage in their life, we want to tell them there is something besides law enforcement,” Rodriguez said. “There’s something more.”

Rodriguez graduated from Burges High School and went on to receive his bachelor’s and master’s degrees at MIT in Boston, where he started working for companies like Motorola and Hewlett-Packard.

He and his wife used all of their life savings to start PROD 15 years ago. Rodriguez said it takes a lot of work and customer focus to make a business like his succeed.

“You understand that you are your own boss and it’s your company, but you still do have a boss. Your customer is your boss,” he said. “You have to be very receptive to what they want and need, to the point where you almost anticipate what they don’t quite ask for.”

One of the most unique things about PROD is that all the machines it designs are open source, meaning the company does not hold any patents for its creations.

In theory, that means a company can buy one of PROD’s machines and replicate it, or turn around and buy the machine from somewhere else.

“People ask if it’s scary because it’s like we’re giving away the farm,” Rodriguez said. “I’m like, no, that’s not our service. Our service is not to keep everything secret. It’s to have the know-how to put these things together, and our customers see that value.”

Fifteen years later, PROD now has a handful of customers, including subsidiaries of the medical industry giant Johnson & Johnson. Rodriguez said PROD does not rely on things like trade shows or a sales team to connect with new customers.

“Everything is word of mouth,” Rodriguez said. “In order for you to get that, you have to provide the quality and be responsive, and the customer needs to feel that you’re covering their back.

“When you do that, the customers become your sales force.”