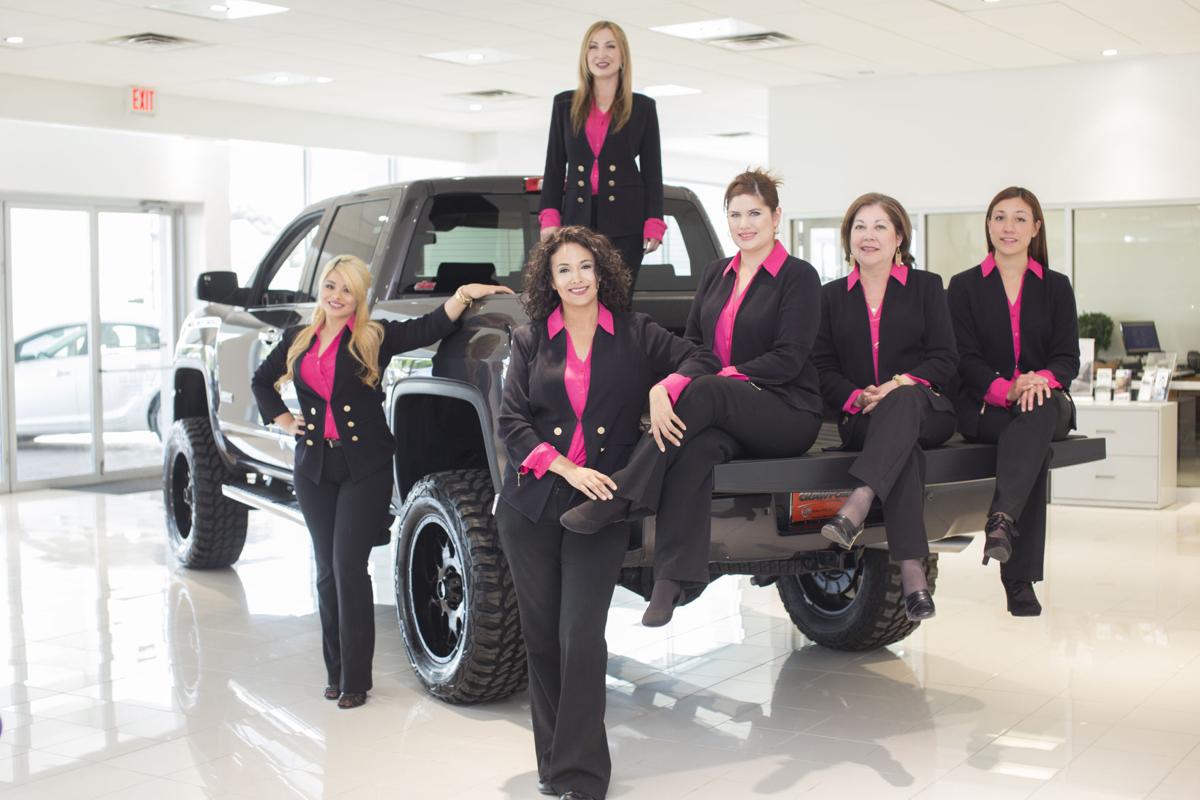 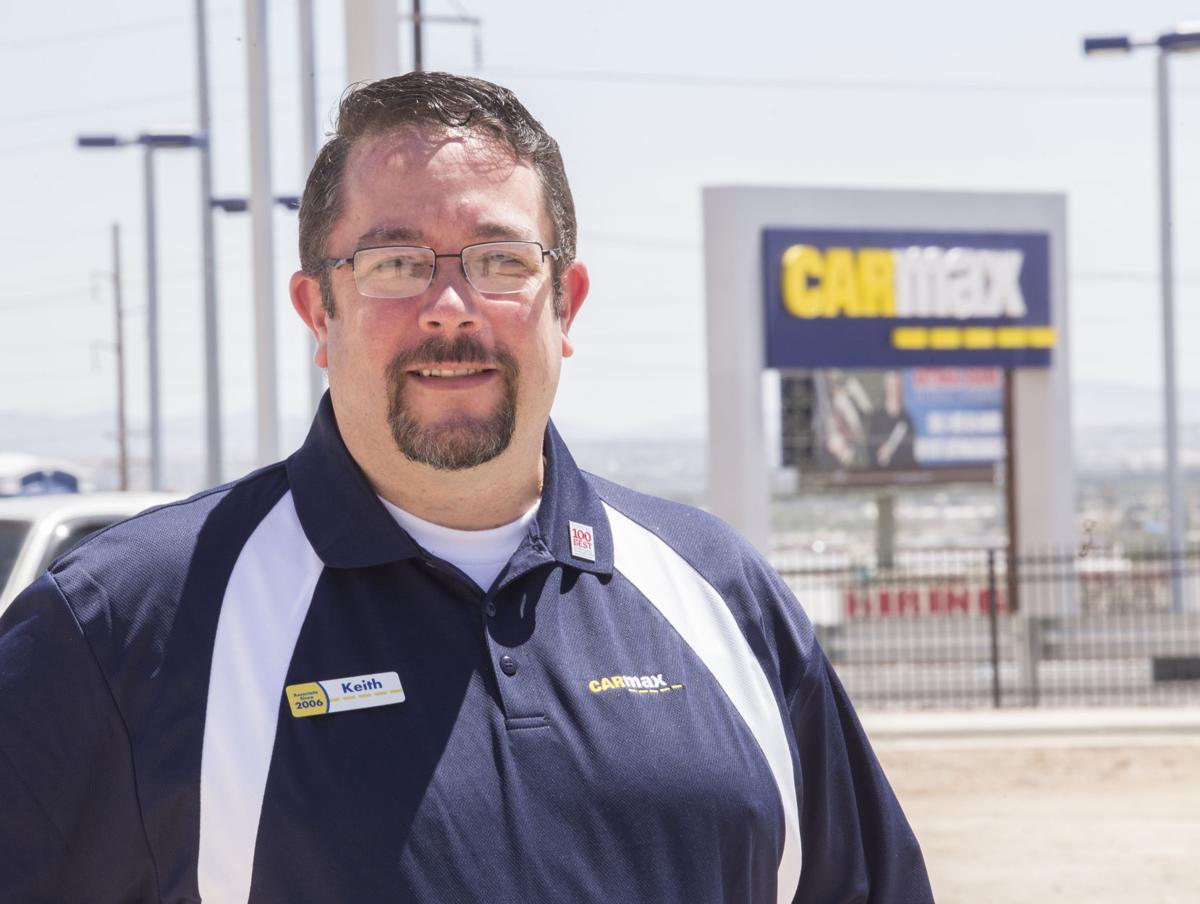 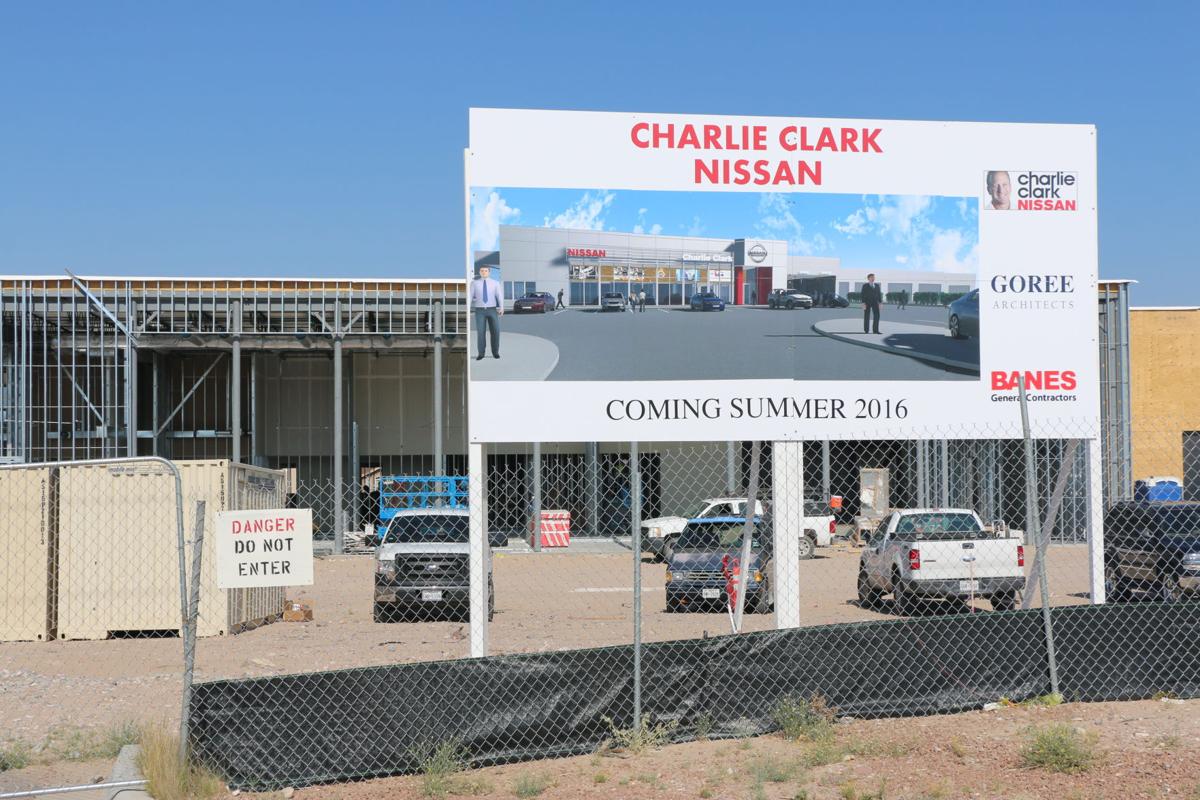 The new $16-million Charlie Clark Nissan dealership is going up in West El Paso near Interstate 10 and Artcraft. Clark owns stores in Brownsville and Harlingen. 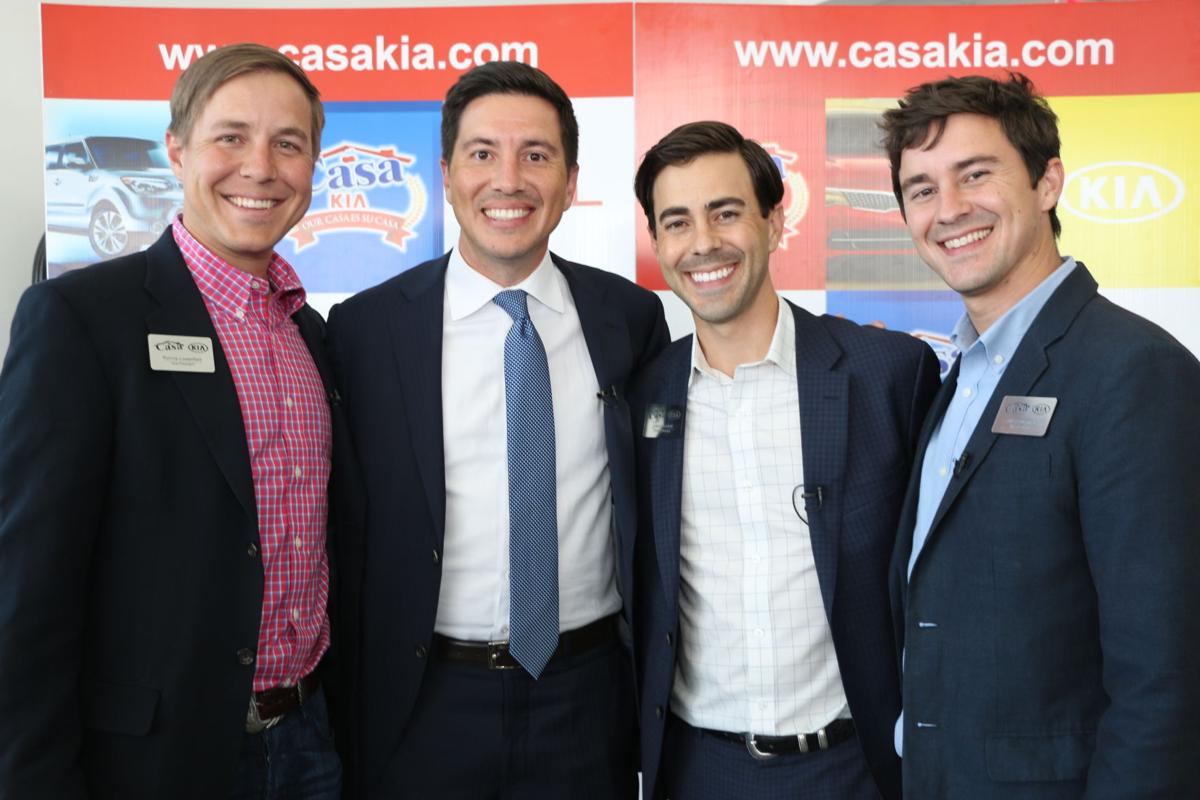 Right: Casa Auto Group, owned by the Lowenfield family of El Paso, bought the Kia dealership on George Dieter in March. Luke Lowenfield, second from right, is the Kia general manger. He stands with his brothers, from left, Ronnie Lowenfield, Justin Lowenfield and Miles Lowenfield. 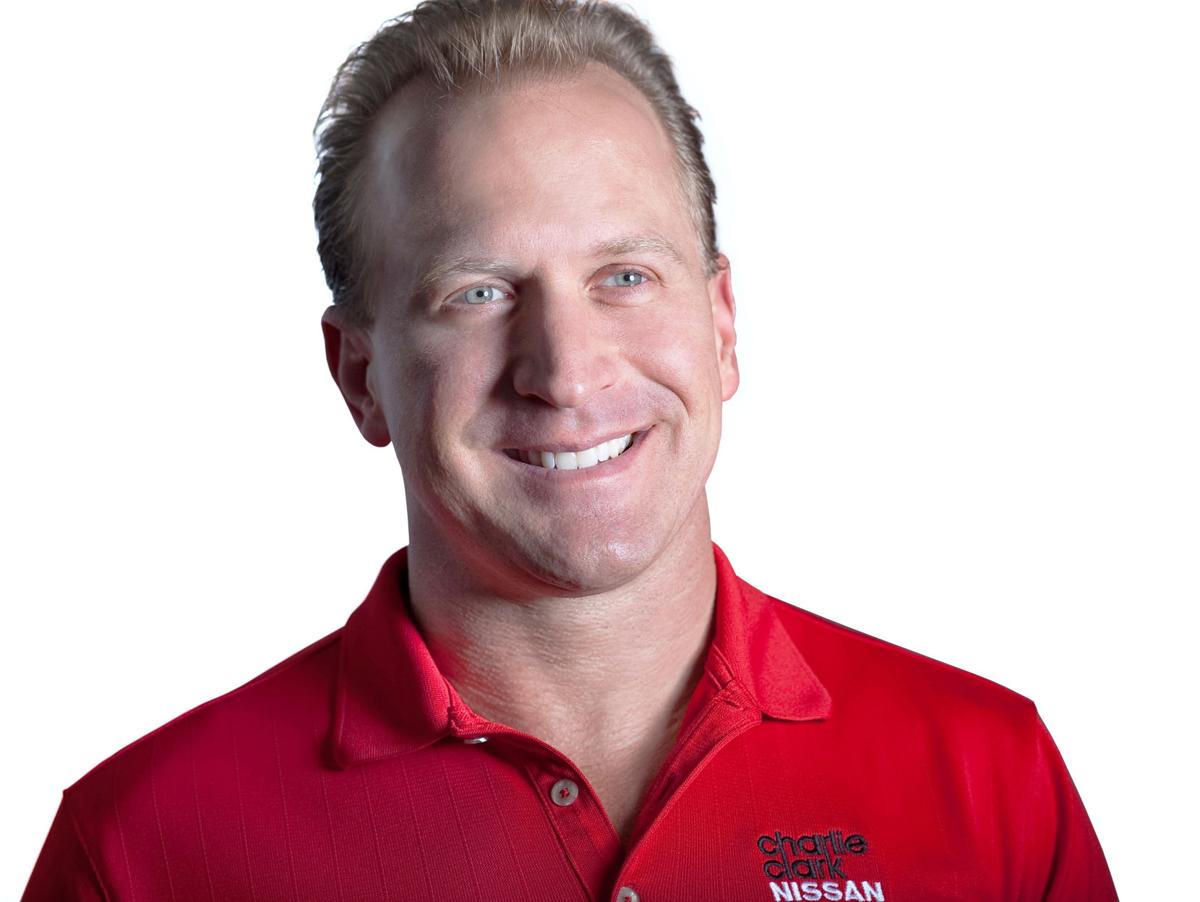 Charlie Clark says he sees opportunity in the El Paso car market, including the potential to be No. 1 in the nation for sales. 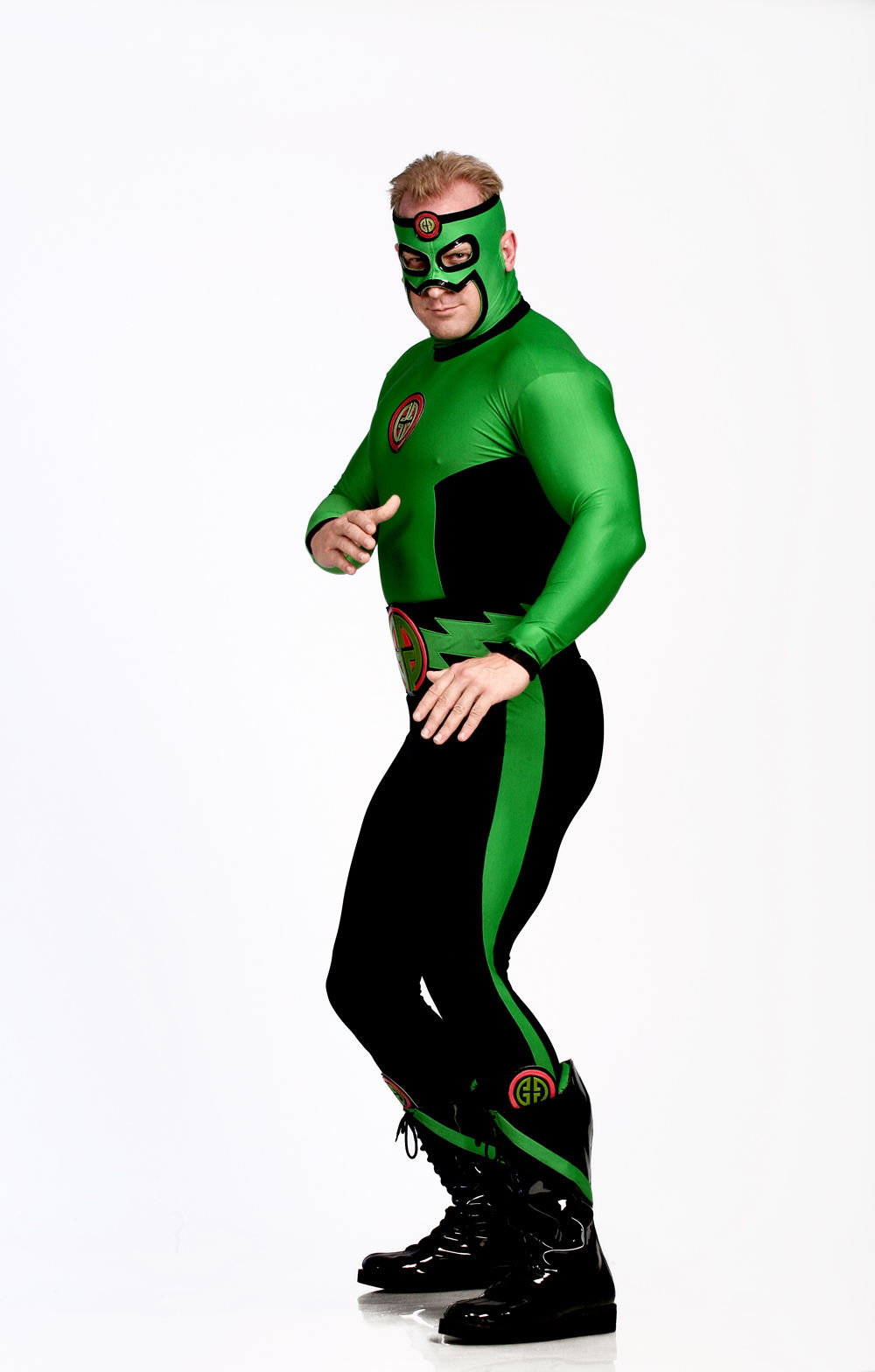 Clark is known in the Rio Grande Valley as the ‘Green Ghost’ – his superhero alter ego.

The new $16-million Charlie Clark Nissan dealership is going up in West El Paso near Interstate 10 and Artcraft. Clark owns stores in Brownsville and Harlingen.

Right: Casa Auto Group, owned by the Lowenfield family of El Paso, bought the Kia dealership on George Dieter in March. Luke Lowenfield, second from right, is the Kia general manger. He stands with his brothers, from left, Ronnie Lowenfield, Justin Lowenfield and Miles Lowenfield.

Charlie Clark says he sees opportunity in the El Paso car market, including the potential to be No. 1 in the nation for sales.

Clark is known in the Rio Grande Valley as the ‘Green Ghost’ – his superhero alter ego.

Since the first car lot opened in El Paso, the car business has been a family affair, with generations of dealers passing the tricks of the trade down to their children.

Local car dealers’ roots run deep in the community, but their market dominance is increasingly being challenged by outsiders and national chains that have taken notice of El Paso’s growth and moved to capture market share.

They have had to push back – and get creative.

Some have looked to El Paso’s bulging Eastside suburbs to fuel growth, and are staking claims to land where a new car-buying corridor is taking shape along George Dieter.

Others have diversified their business, buying new dealerships and car franchises. One long-time car dealer is looking to grow their business by courting women and is planning to open a new “ladies first” division next month.

“The business is so competitive that dealers look for some way to stand apart in the marketplace,” said Bill Wolters, president of the Texas Automobile Dealers Association, from his office in Austin.

The car business is booming in El Paso as it is nationwide – a sharp contrast to 2008 and 2009 when car sales fell off a cliff during the Great Recession and GM filed for bankruptcy.

The Lowenfield family’s strategy has been to seek growth on the Eastside and diversify. The family, which has operated Casa Ford-Lincoln and Casa Nissan in El Paso since 1969, purchased the Kia store at 1374 George Dieter in March from a North Dakota-based car dealer, Bill Barth.

They also purchased the five-acre vacant lot next door, where they hope to begin selling used cars in the next three months.

“One of the ways we chose to respond to the increased competition is to buy this store – to diversify and expand into another part of town,” said general manager Luke Lowenfield.

For decades, El Pasoans have visited Central El Paso to buy their new cars. The area, known as the “Montana Motor Mile,” is home to Casa Auto Group’s other stores and still accounts for more sales than any other area, Lowenfield said. But a new “Motor Mile” is taking shape around George Dieter.

“I know that Oscar Leeser is looking east for his second Hyundai location, and I know that Rudolph is looking around,” he said. “There are a lot people looking at this area and how this could be a common shopping area for cars.”

But Crawford Buick GMC may have the most unique approach to expanding its market share: “Crawford Ladies First.”

A new division of Crawford Buick GMC, Crawford Ladies First will be housed in a 2,600-square-foot facility the company is renovating next to its Montana dealership. It’s scheduled to open next month.

It will have a showroom, sell new and used cars and be “staffed by women for women,” according to Holguin. They plan to employ 13 women.

El Paso is not alone in seeing more companies press into the market, Wolters said. It is really a statewide trend.

“We are seeing more attempts to buy Texas dealerships than I have ever seen in my 30 years here,” he said.

In El Paso, Group 1 Automotive blazed a trail for others to follow when it purchased three car dealerships five years ago: BMW and MINI of El Paso, Shamaley Ford and Shamaley Buick GMC. The publicly traded company was the first national automotive corporation to move into the El Paso market.

Garcia Automotive Group, with dealerships in Albuquerque and Santa Fe, followed. It now sells the Jaguar, Subaru, Audi, Land Rover and Volvo brands in El Paso and is expanding its facility on Airway.

Now, a car dealer from the Lower Rio Grande Valley with a fondness for spandex plans to open his first El Paso store by the end of the year.

Charlie Clark, president of Charlie Clark Nissan, which operates stores in Brownsville and Harlingen, is investing $16 million in El Paso to build a large Nissan dealership on the Westside, near Interstate 10 and Artcraft.

Clark is also known in the Rio Grande Valley as the “Green Ghost” – his spandex-clad superhero alter ego featured in commercials. A Green Ghost movie, with actor Danny Trejo, is scheduled for release next year.

Clark is aggressive and bullish on the El Paso market.

“I see the potential to be No. 1 in the nation,” Clark said.

For years, El Pasoans have made the four-hour drive to Albuquerque to shop at Carmax, considered the country’s largest retailer of used vehicles. The company noticed. It opens its first El Paso store, located at 1300 Pendale, on June 16.

The store will be more than 30,000-square feet, employ 50 people and stock between 200 and 400 used vehicles, according to the company.