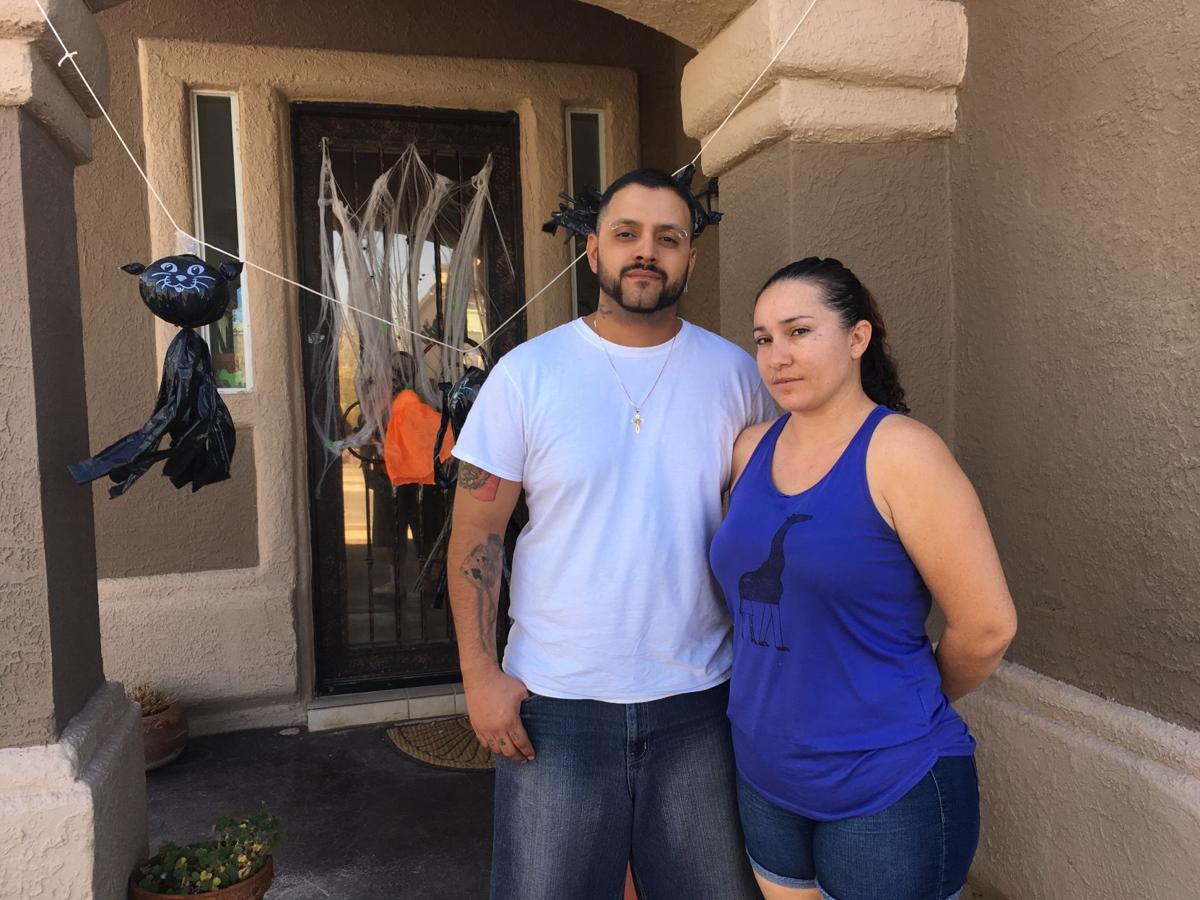 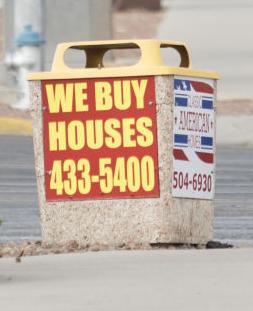 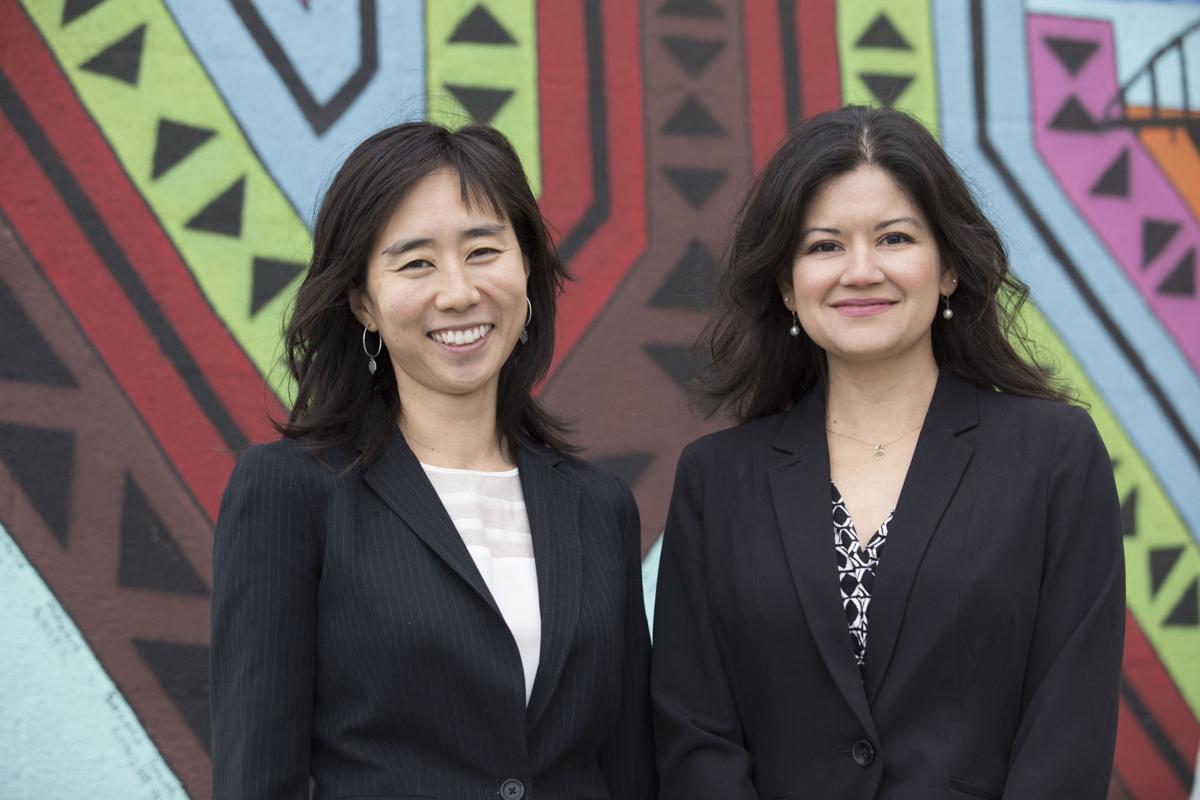 Santa Martinez was home with her 6-year-old daughter when the doorbell rang. It was a hot June day, and they were putting a plastic pool together in the backyard.

Martinez stood behind her daughter as she opened the door. A woman was there to say the bank was foreclosing on the home and her family was being evicted. They had three days to leave.

“My daughter started crying, apologizing and saying it was her fault because she opened the door. She just kept blaming herself,” Martinez told El Paso Inc. in an interview last week.

Martinez, 31, had lived in the home with her husband and three children for eight months. They say they always made their loan payments, so they suspected something was wrong and called a lawyer.

Promised the American dream of homeownership, some borrowers in El Paso are instead losing their homes to foreclosure and their savings to bankruptcy.

They are victims of schemes involving so-called wraparound mortgages, a type of creative seller financing that is legal in Texas. But critics say they are too risky and invite fraud and theft. Lawyers representing local victims say many of their clients have had their credit ruined and their savings wiped out.

“Wraparounds are huge in El Paso. It’s a lacuna – a gap. It’s just been overlooked, and nobody has thought to pay attention to these,” says K-Sue Park, an attorney with Texas RioGrande Legal Aid, which took Martinez’s case.

The nonprofit, which provides free legal services to the poor, is a member of a new task force formed last month to investigate financial crimes in El Paso, particularly those involving wraparound mortgages. The task force includes the FBI, Fort Bliss, Better Business Bureau and the county attorney.

“These are people looking for the American dream and to provide a better life for their families, and they are falling prey to a scam and their savings are being destroyed,” says state Sen. Jose Rodriguez, who is working with the task force and wants to tighten regulations at the state level.

Texas RioGrande Legal Aid claims that one scheme involving wraparound mortgages, led by brothers Geoffrey and Thomas Schober, has ensnared at least 200 families in El Paso. The nonprofit is representing more than 12 of them. Park says 85 to 90 percent of the homes involved were lost to foreclosure.

To understand how Martinez could be threatened with foreclosure even though she was making monthly payments, you have to go back to October 2015, when she saw a phone number on a sign and called it.

She and her husband had saved $10,000 and wanted to buy a house, but had been unable to qualify for a loan. So they were renting a house when they received notice that their landlord was returning from the oilfields in Midland and would move in. They had 20 days to move out.

“We panicked,” Martinez says. She called the number on one of the signs she had seen and looked at the house the same day. A few days later she met the seller, Victor Dennis, at a post office on the Westside to close on the house – a process that took 10 minutes, Martinez says.

Basically the wraparound deal worked like this: The couple made monthly payments to Dennis, a middleman, who was then supposed to pay the original mortgage. Texas RioGrande Legal Aid alleges that Dennis did not pay the bank. Unknown to Martinez, the bank moved to foreclose on the house.

The couple doesn’t know how much longer they will be allowed to stay in the house. Moreno says he quit his landscaping job so he could attend school and recently earned a commercial driver’s license. Now he’s looking for work, hoping that will help them qualify for a loan to buy a house.

Neither Dennis and nor Thomas Schober could be reached for comment.

“There are new restrictions on subprime mortgages, but we are seeing a whole new market develop for real estate investors to market to people with no access to credit,” Park says. “There’s been a huge surge in wraparounds since the foreclosure crisis.”

According to Park, certain groups are targeted more than others: soldiers, immigrants and first-time homebuyers.

Sen. Rodriguez says he is working on legislation aimed at protecting consumers from wraparound mortgages and making it easier for regulators to police them.

“We are going to try to put some teeth into (the law),” he says.

Wraparound mortgages are legal, and lenders who make them say they are a way for investors and homeowners to sell their properties faster – and for buyers who wouldn’t usually be able to qualify for a mortgage to own a home.

“I made good money on it. At one time, I had more than 400 wraparound loans,” says local real estate broker John Trien.

It’s Wednesday morning, and the silver-haired, bespectacled businessman sits in the back of a Vietnamese restaurant he owns with his wife. It’s empty and won’t open for another couple of hours.

“The unfortunate thing is that wraps became popular, and now everybody is coming in to do it,” he says. “And of course they don’t do it right, and that’s when the problems arise.”

Trien grew up in Vietnam and came to the United States in 1963 to attend college. He has been in the wraparound mortgage business since the 1980s.

“I come from a very poor family, so I sympathize,” Trien says.

He admits that the Texas Department of Savings and Mortgage fined him a couple of years ago for operating without a license. But he adds that most of his deals were successful. He says he no longer does wraparound mortgages, and has sold most of his notes to other investors.

“I still advocate that it was a terrific concept; it helped a lot of poor people,” Trien says.

Trien does admit that he has made mistakes, most recently failing to make payments on a house due to an accounting error.

“I’m not saying I’m perfect; we still have problems,” he says. “But any problems that arise, we resolve them.”

In the meantime, Santa Martinez and Michael Moreno are hoping to move on and into a new home.

“It has been hard. It’s like we’re having to start back at the bottom,” Moreno says.

This problem would be reduced if the city code compliance people actually applied enforcement action against the businesses who post the illegal signs on public right-of-ways at intersections where they are traffic hazards as well.