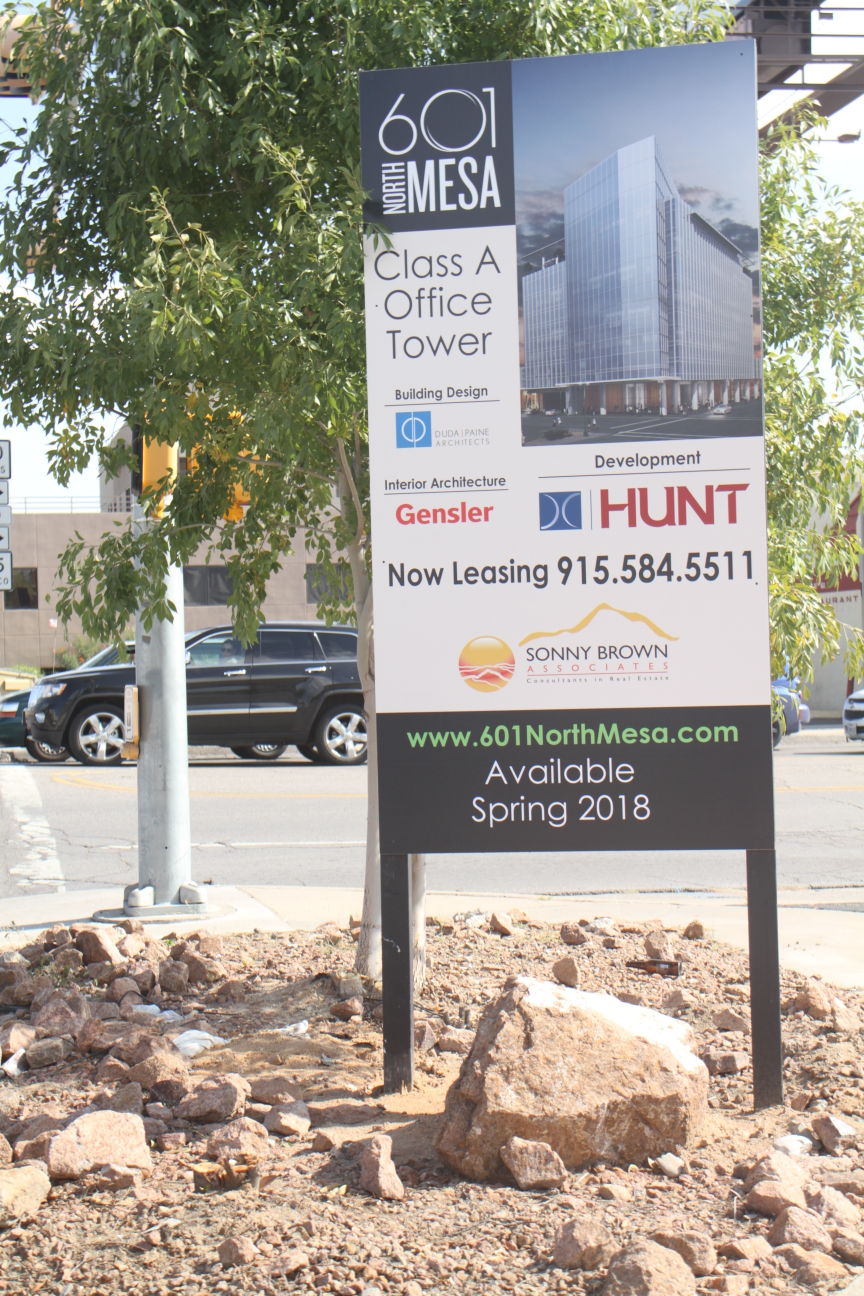 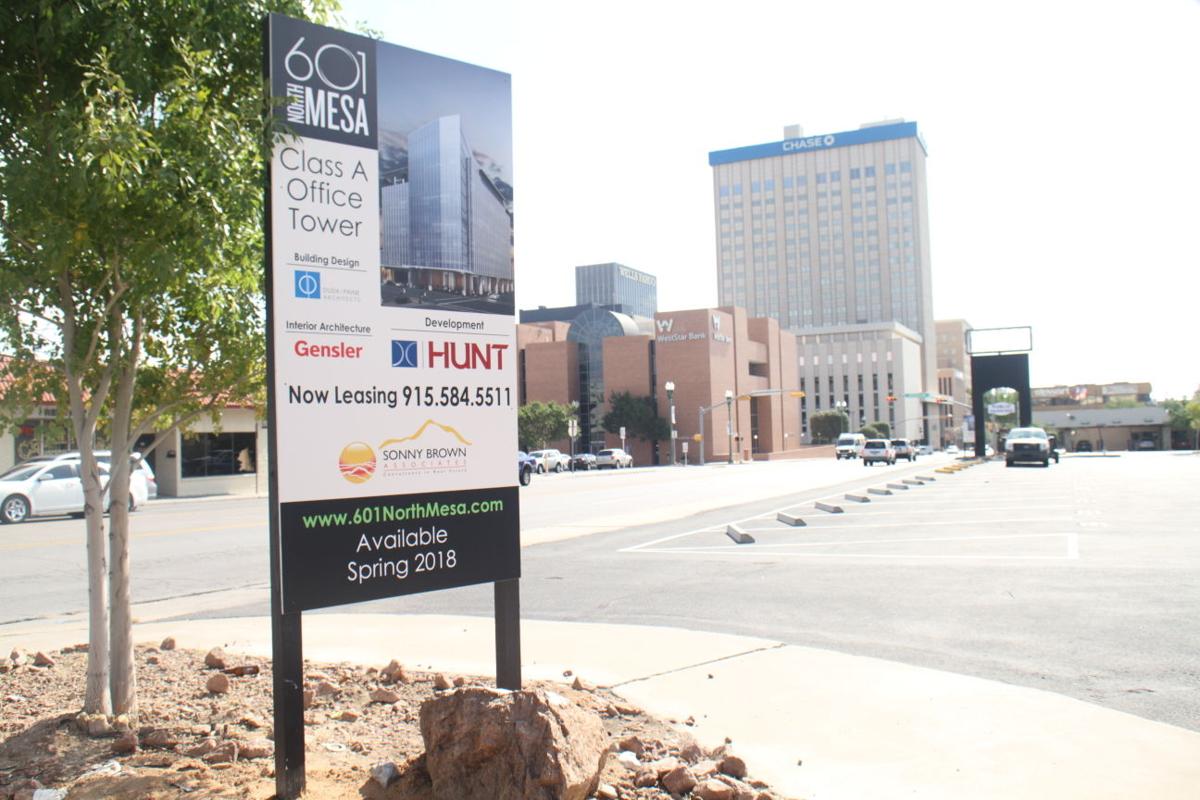 A sign on the Hunt Companies’ property at 601 N. Mesa shows a modern glass-covered building of about nine stories. The company says market studies will determine how tall the new construction will be.

A sign on the Hunt Companies’ property at 601 N. Mesa shows a modern glass-covered building of about nine stories. The company says market studies will determine how tall the new construction will be.

The high-rise building would be the first built by a private-sector company in Downtown in decades. The last building to change the city’s skyline was the eight-story federal courthouse building that opened five years ago.

In response to an interview request, a company spokesperson provided an email statement.

“We continue to explore the viability of Hunt relocating its offices there as well as securing other users for the site,” it continues. “Contingent upon those and other efforts, the new building could be ready for occupancy by Spring 2018.”

Hunt has provided few details about the building, but a sign on the property shows a modern building clad in glass and rising about nine stories, with a rooftop patio.

Executives have said they are doing market studies to determine demand for office space in Downtown and the results will determine how high the building will ultimately go.

Located at 601 N. Mesa, the block overlooks Interstate 10 where it dips underneath North Mesa. Immediately west of the block, construction has started on the Artspace, a low-rise building that will provide affordable housing and studio space for artists.

Hunt purchased the Downtown block, along with the motor bank across the street, from BBVA Compass Bank for an undisclosed price in November 2014. It demolished the old two-story building on the property, which used to house a BBVA Compass Bank branch and Lone Star title office.

The block is paved and is now a public parking lot.

A sign on the property lists North Carolina-based Duda Paine Architects as the building design firm. Commercial design giant Gensler is listed as the interior architecture firm and El Paso-based Sonny Brown Associates as the broker.

Hunt Companies, which has $26 billion in assets under management and employs more than 1,200 people, has built high rises, research buildings and apartment towers across the country.

I always wanted to see what Hunt had plans for this downtown city block and then on Sunday morning when I picked up my El Paso Inc. first thing I saw what appear to be something super great ends up in dismay.
I thought that the Hunt Corporation really had their heart in El Paso but as I read on about their intentions to build a new low rise edifice.
I thought to myself, HUNT! a 26 billion dollar corporation and this new low rise 9 story building? It left me wondering if El Paso will ever see a building that is over 300 feet high. Very unlikely.
But with this being said and done, the new Hunt building will compliment downtown El Paso's undersize arena whenever that venue gets built.
Most El Paso voters that voted for the 2012 Quality of Life bond issue will no longer be alive by then, my own mother being one of them as she wanted to see the arena. when they would complete it.
Seems like nobody is really willing to invest in El Paso in a large scale way, as the article went on to say that Executives are doing market studies. To determine demand for office space in downtown and that results will determine how high the building will ultimately go. What this means is that the building can also go in reverse and be further scaled down, like the Artspace building that was originally slated at 5 stories but now it's going to be 4 stories tall.
As they say in other cites, the sky's the limit, but not in El Paso when every junior skyscraper is under 300 feet high in this city.
[sad]

@SF_EP There are not enough tenants interested in leasing DT to warrant a 60 floor tower. I wish there were. Maybe we can chalk that up to urban sprawl. Maybe the city should offer incentives to businesses to lease DT. Just a thought.

A 60 foot tower would so be appreciative.

I know it would work