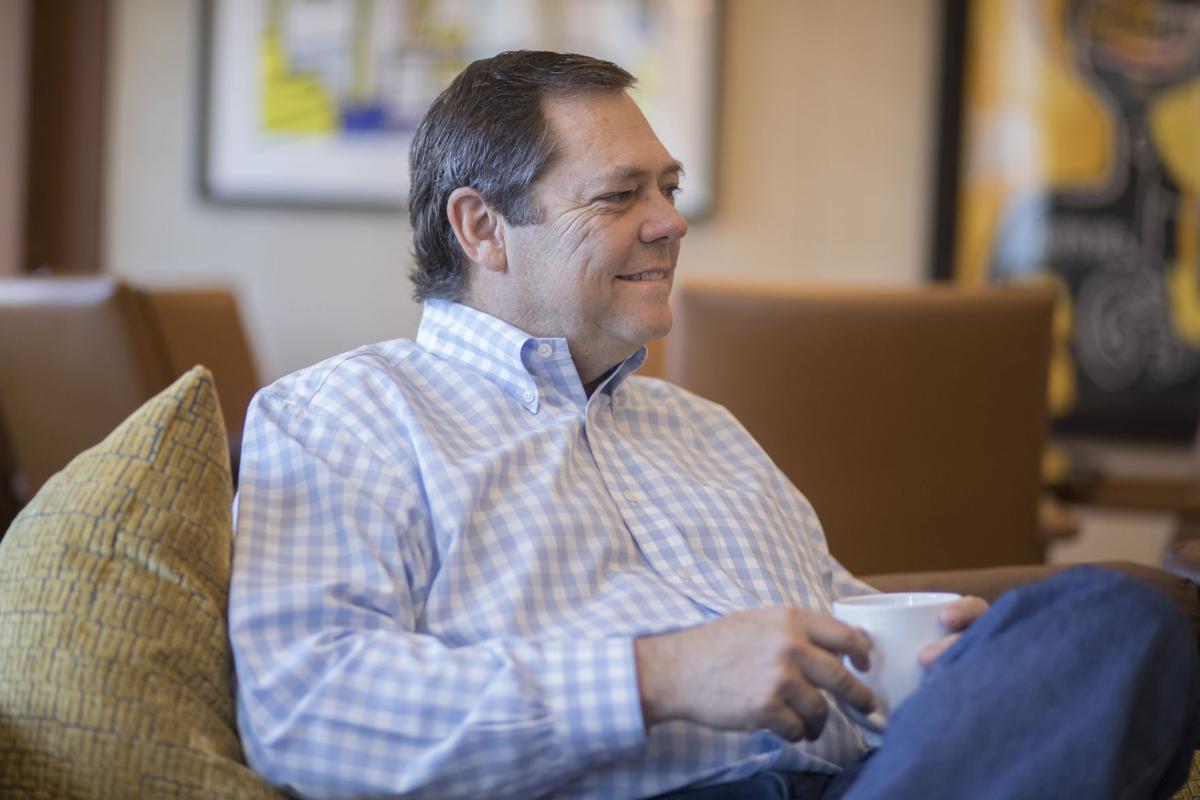 Last fall, El Paso businessman and philanthropist Paul Foster received a call on his cell phone from the CEO of Tesoro, a Fortune 100 refining company headquartered in San Antonio.

Would Foster meet for dinner?

“I had a suspicion about what he might want to talk about, but it could have been any number of things,” says Foster, the founder of Western Refining, a company he bought out of bankruptcy 10 years ago and turned into one of the region’s most valuable enterprises.

Foster met with Tesoro CEO Gregory Goff at Anson 11, a swanky restaurant opened by Foster several years ago in a building he restored in Downtown El Paso.

Over a leisurely dinner, Goff floated the idea of buying Western Refining, then one of only four publicly-traded companies headquartered in El Paso.

The conversation sparked the process that ended June 1 with the closing of Tesoro’s $6.5 billion acquisition of Western Refining. The sale has prompted many to wonder: What’s next for the company’s founder?

Does his future involve another big company? Foster says he doesn’t know. What he does know is it involves beginning work on the restoration of the 19-story Plaza Hotel in Downtown El Paso and bringing a soccer team – along with a stadium – to El Paso.

Foster says he remains committed to El Paso. “I’ve heard rumors that I’m moving, but I checked with my wife and those rumors are not true.”

Foster smiles. It’s a warm summer morning, and we’ve met at the top of the Centre Building, an historic Trost-designed low-rise restored by Foster. His office is contemporary, but there are a few personal touches, like barstools topped with horse saddles. “I play polo,” Foster explains. He lives on the Westside with his wife, Alejandra de la Vega Foster.

Foster, 59, is reserved, and you sometimes have to lean in to hear him. But Wednesday he was more at ease, whether reminiscing about Western Refining as if the company was a child who just moved out of the house (“It’s bitter sweet”) or looking ahead to the future.

In March, the businessman – with a net worth of close to $1.4 billion – ranked No. 463 on the Forbes list of the richest people in the United States.

Even so, “he has those small-town values,” says Gary Hanson, who has known Foster for more than three decades and worked with him at Western.

Foster has lived in El Paso since 2000. He was raised in Lovington, New Mexico, where his father owned several oil field service companies.

As a boy, he liked to invent businesses, earning money by peddling homemade candles and coins with friends.

“It wasn’t as much about the money as it was the challenge of trying to figure out a way to make it,” Foster says.

Foster got his start in oil as a roughneck, welding pipes and digging ditches. In 1979, he graduated from Baylor University with a degree in accounting.

Foster, a CPA, got a job in accounting at what was then El Paso Refining, which filed for bankruptcy in 1992. Knowing he, like the rest of the company’s employees, would be out of a job if it were foreclosed on, Foster started putting together a business plan to save the company and his job.

“I knew there wasn’t anybody at the bank that knew the things I knew about the business – the numbers and everything else,” Foster says.

He and a group of investors formed a company to manage the failing refining company. Foster then formed Western Refining in 1997 and decided to buy the refinery. He says he visited 100 different lenders before finding one that would finance the deal. The lender was the original bank that was foreclosing.

He took Western Refining public in 2006 and engineered the young company’s growth with the acquisition of rival Giant Industries for $1.1 billion.

But the refining market deteriorated, and the next few years were tough. Foster and other executives gave up their salaries.

Western survived and later boomed. The company’s El Paso refinery is not far from the Permian Basin, where fracking technology unlocked vast stores of oil. That is one of the reasons why Western was attractive to Tesoro, CEO Goff has said.

The combined company will be renamed Andeavor and headquartered in San Antonio. It is among the largest oil refiners west of the Mississippi with 10 refineries, more than 3,000 retail gas stations, 13,000 employees.

Foster, who was executive chairman and a major shareholder of Western Refining, was elected to the board of directors of Tesoro on June 1 along with Jeff Stevens, who was Western’s CEO.

That morning “we had a big breakfast with about 12 of us, maybe 10, that were not going full time with Tesoro,” Foster says. “It was very pleasant. We were wearing shorts and just joking. Where do you go to get your unemployment check and all that sort of stuff.”

For the past five years, the bulk of Western’s administrative staff has worked in Tempe, Arizona, and Foster said the mood was somber the day before the deal closed. Tesoro is keeping most of Western’s employees, but several executives were packing boxes.

Foster says he didn’t get a big check in the mail when the deal closed. Instead, he opted for stock and is now a major shareholder of Tesoro.

With the sale of Western, El Paso is losing a public company headquarters. But Foster says he has been “super impressed” by Tesoro’s commitment to the communities where it operates.

Foster is chairman of the University of Texas System Board of Regents and, he says, that job takes 30 to 40 percent of his time. He is also involved in retail development and construction.

His next big project is the restoration of one of Downtown’s most visible landmarks: the old Plaza Hotel. The 19-story building was the first high-rise in Conrad Hilton’s hotel empire when it was completed in 1930, but it has stood empty for decades. Foster wants to return the building to its former glory and re-open it as a hotel. It will have 131 rooms.

“We are anxious to start construction on that, hopefully, this summer,” Foster says.

In the meantime, Foster and the other members of MountainStar Sports Group, which owns the Chihuahuas baseball team, are working to bring a soccer team to El Paso. He says the deal would involve a new stadium.

“We are working with the city, county and other officials to figure out the best location and scenario,” Foster says.

He adds: “I can almost guarantee that we’ll have soccer in El Paso within a couple of years.”

According to Foster, MountainStar has met several times with Major League Soccer, but El Paso, while growing, is not big enough for the league. So the group is now aiming to bring a Division II United Soccer League team to the Sun City.

“We’re going to try to create another experience similar to what we have done with the Chihuahuas,” Foster says.

1. Foster on bringing a soccer team to El Paso

2. Foster on the day the deal closed

4. Paul Foster on the greatest challenge