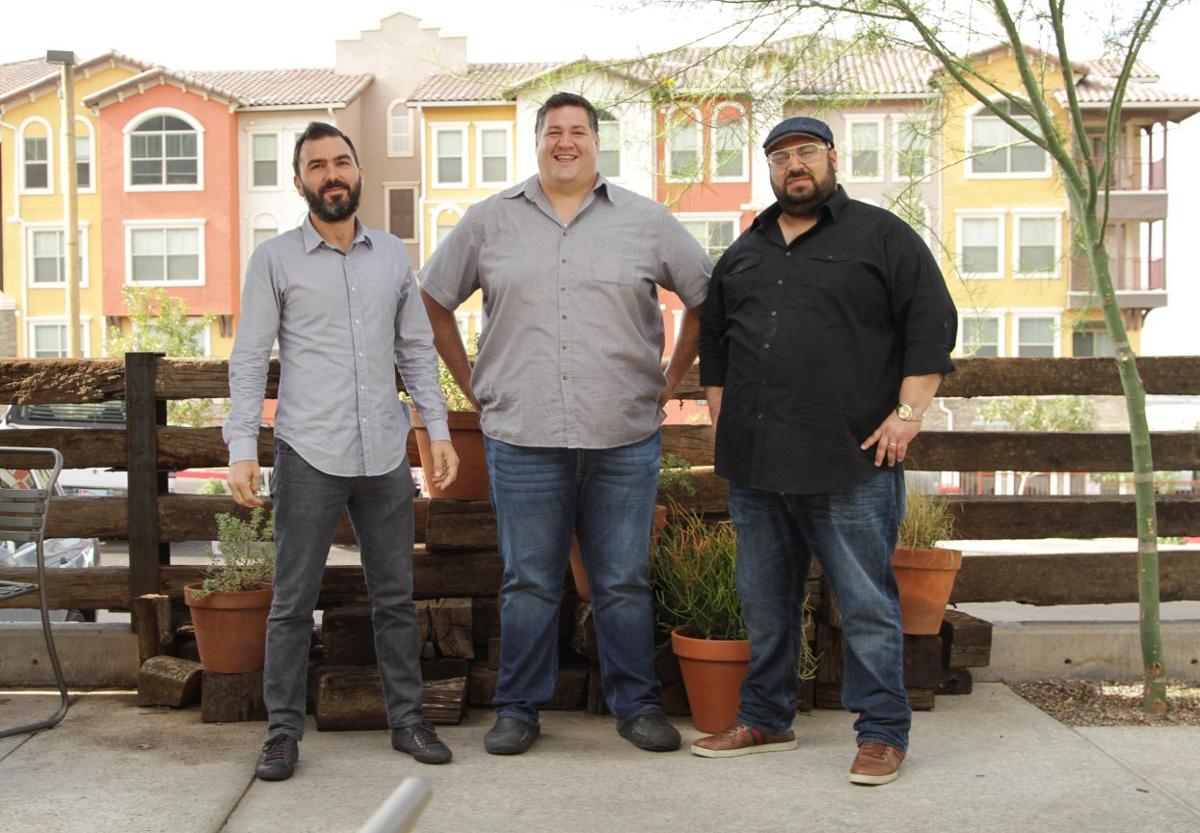 Octavio Gomez, Rudy Valdes and Nick Salgado, the developers of TIME at Montecillo, plan to open Downtime by next summer. They’re also getting ready to open their third Crave restaurant, on the Westside, next month. 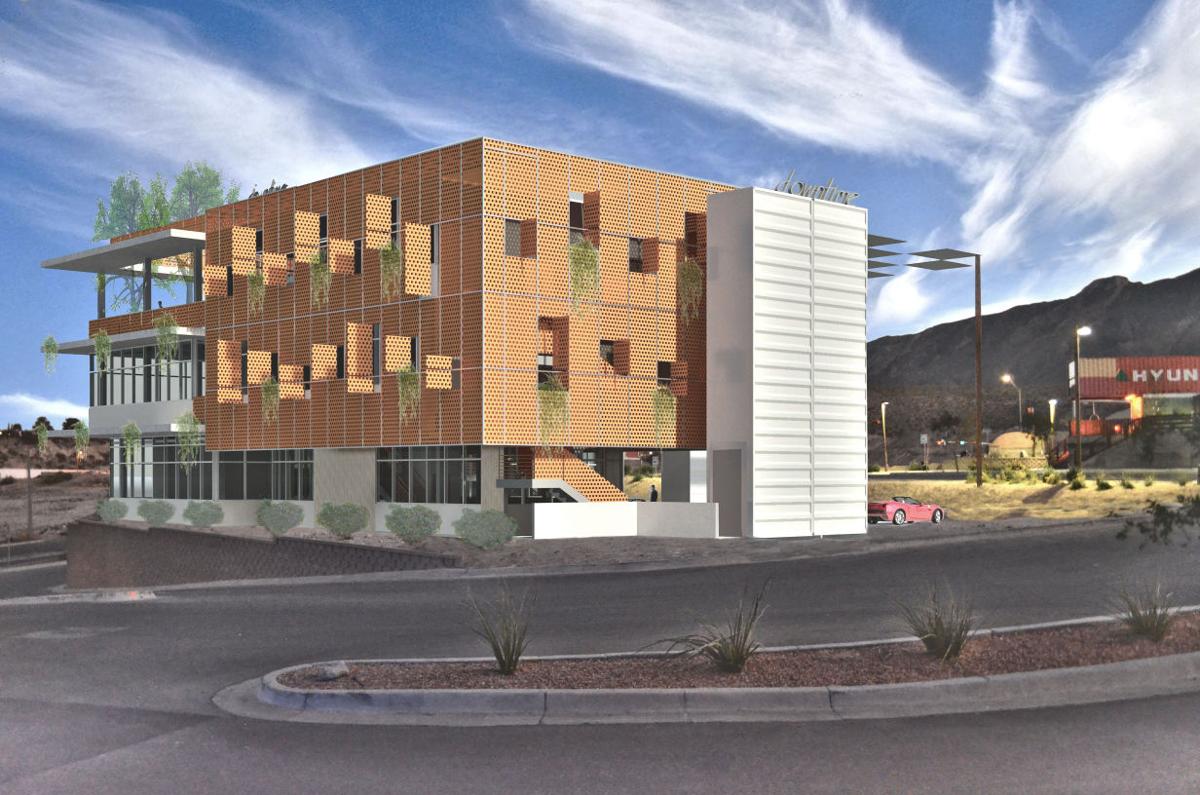 A drawing of Downtime, the office and retail project that will be built next to TIME at Montecillo.

Octavio Gomez, Rudy Valdes and Nick Salgado, the developers of TIME at Montecillo, plan to open Downtime by next summer. They’re also getting ready to open their third Crave restaurant, on the Westside, next month.

A drawing of Downtime, the office and retail project that will be built next to TIME at Montecillo.

The quirky retail center on North Mesa Street called TIME at Montecillo, the one built in part from shipping containers, has been open less than four months, but the developers are already preparing to announce the second phase.

They plan to build a three-story building with office space, a rooftop patio for events and retail space on the ground floor. It will be called Downtime for its location behind and below the TIME center, according to the developers.

The trio behind the projects, Octavio Gomez, Nick Salgado and Rudy Valdes, said they hope to hold the groundbreaking celebration in a couple months for Downtime and have the building ready to open by the end of next summer.

“It was easy for us to take on the second center seeing the interest in the TIME center,” Valdes said.

TIME, which opened in July and is now 100-percent leased, fits 11 stores and three eateries into 12,000-square feet. It has retail spaces as small as 80-square feet.

“We knew there was a demand for small spaces, but people started asking for 2,000- and 3,000-square-foot spaces and we just couldn’t fit them,” Octavio said.

So the entrepreneurs decided the solution was to build a new, 10,000-square-foot building behind TIME to accommodate them. It is more than 80-percent leased with 1,000-square feet of office space and 800-square feet of retail space still available, according to Gomez.

Plans call for a spa, a salon and possibly a yoga studio.

“All the people who wanted to move in at TIME, who really didn’t fit, are going to be able to go over to Downtime,” Gomez said.

Downtime will also serve as the headquarters of Pan Y Agua LLC, the name of the trio’s restaurant and bar group.

The entrepreneurs would not say how large their investment in Downtime is, except to say it is “a lot of money.” It is their first development that is not food or beverage based.

Local architect Rida Asfahani, founder of Root Architects, is designing Downtime. He won an award from the El Paso chapter of the American Institute of Architects for the design of the TIME center.

“TIME is restaurants and shopping and Downtime is a place to unwind,” Asfahani said.

They wanted to create a place, he said, where somebody could spend the entire day without having to drive around town.

“You could have coffee, show up to work, take your lunch break, maybe do some yoga or shopping, have dinner and then go to the cantina,” Asfahani said.

TIME, with its hipster vibe, is located in the Montecillo urban village being developed by El Paso-based EPT Land Communities, and is squeezed between the four buildings that make up the Venue at Montecillo apartment complex.

Like TIME, Downtime will include a lot of glass, concrete, exposed steel and shipping containers, Asfahani said.

Gomez laughs, “There’s no more money in these pockets.”

Next month, the prolific entrepreneurs plan to open their eighth restaurant together – a third Crave location on the Westside at 631 N. Resler, where Red Mountain Bistro used to be located.