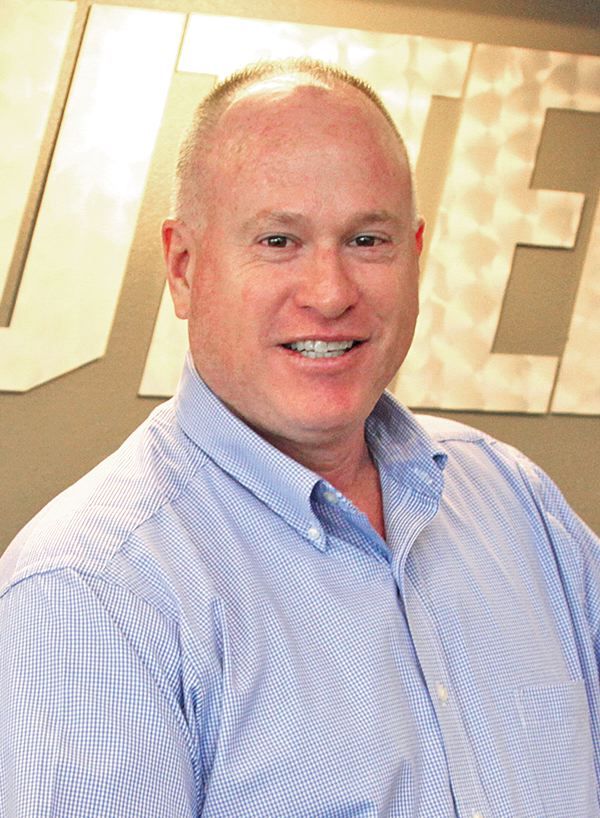 Cutter general manager Scott Andre says business is strong, but he’s losing one of two corporate jets based there. 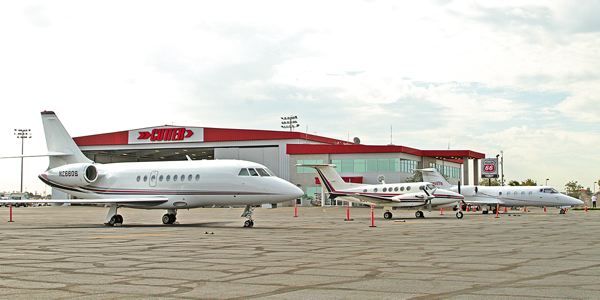 Private jets on the landing strip at Cutter Aviation, which provides services for corporate planes at El Paso International Airport. 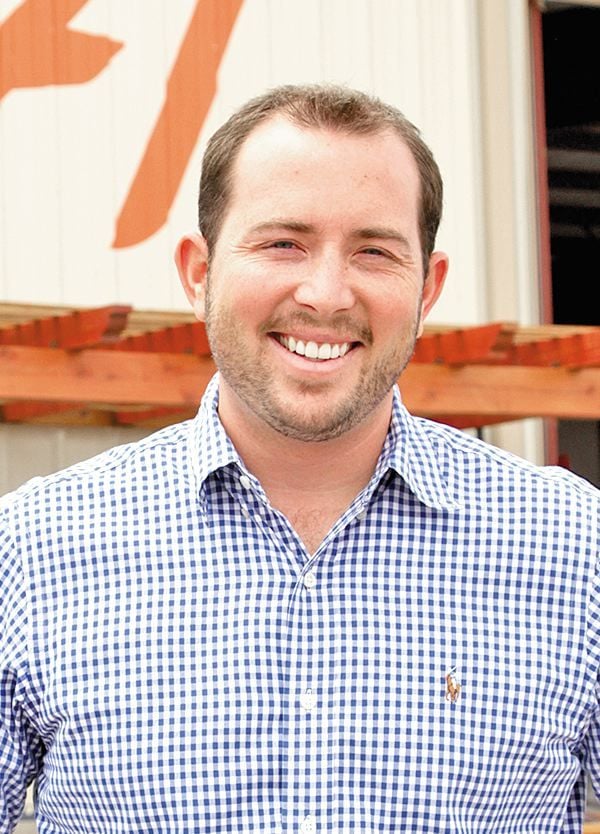 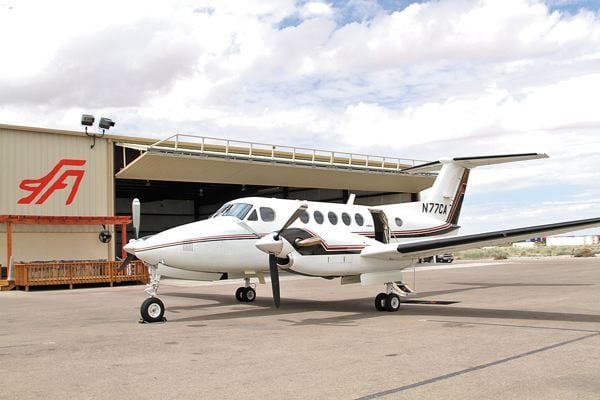 A plane parked at Francis Aviation in Santa Teresa. A new hangar is being built there that will reportedly house a jet owned by El Paso businessman and philanthropist Paul Foster and his wife, Alejandra. 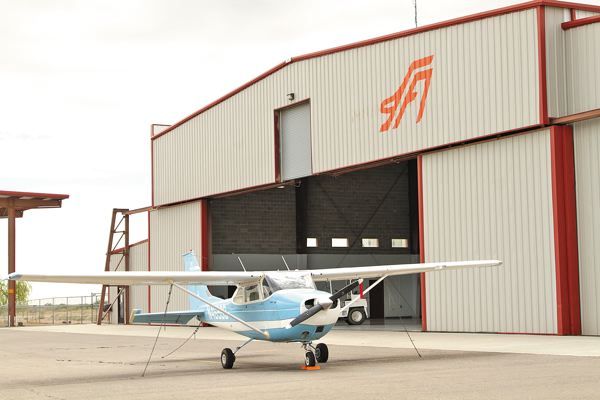 A plane parked at Francis Aviation in Santa Teresa. A new hangar to be built there will reportedly house a jet owned by El Paso businessman and philanthropist Paul Foster and his wife, Alejandra. 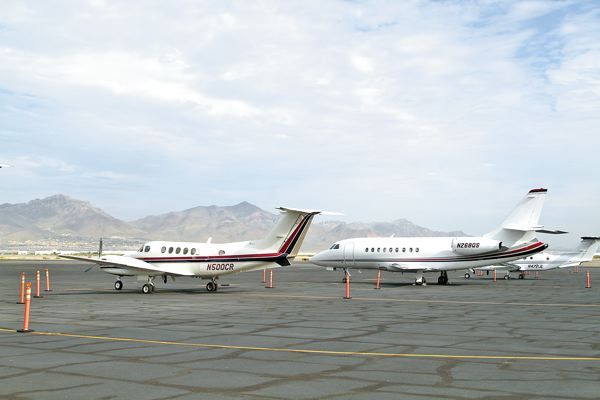 Cutter general manager Scott Andre says business is strong, but he’s losing one of two corporate jets based there.

Private jets on the landing strip at Cutter Aviation, which provides services for corporate planes at El Paso International Airport.

A plane parked at Francis Aviation in Santa Teresa. A new hangar is being built there that will reportedly house a jet owned by El Paso businessman and philanthropist Paul Foster and his wife, Alejandra.

A plane parked at Francis Aviation in Santa Teresa. A new hangar to be built there will reportedly house a jet owned by El Paso businessman and philanthropist Paul Foster and his wife, Alejandra.

SANTA TERESA, N.M. – At Doña Ana County International Jetport, a short drive from El Paso and a quick hop over the state line, construction will soon be under way on a hangar that some here think is the future of the small desert facility.

An aggressive effort by New Mexico to expand the state’s aviation industry is siphoning the corporate air travel business across the state line from El Paso to nearby Santa Teresa, those in the general aviation business say.

“It has had a huge impact when it comes to private-owned aircraft based here,” said Scott Andre, general manager of Cutter Aviation at El Paso International.

Cutter is one of two fixed-base operators in El Paso, companies that provide services such as fuel and catering for non-commercial flights.

While his business with cargo operators and law enforcement is still strong, Andre said, he has only two corporate customers that keep jets there, and he will soon lose one of them to Doña Ana County International Jetport.

While El Paso International Airport is the region’s aviation giant, Andre said the New Mexico jetport is steadily chipping away at some of its advantages.

Take the hangar soon to be under construction there.

Those familiar with the project say it is being built to house a jet owned by El Paso businessman and philanthropist Paul Foster and his wife, Alejandra, and is just one example of how El Paso is increasingly losing the corporate air travel business to the jetport.

Nearby, construction is complete on a customs facility that airport manager Bill Provance expects to be operational this month. It means that planes flying into the airport will no longer have to stop at the El Paso airport to clear customs.

Business moving from El Paso to Santa Teresa’s airport doesn’t just impact El Paso’s fixed-base operators. It also impacts local tax revenues and all the other industries that thrive around business aviation – maintenance operations, caterers, brokers and the like.

“Businesses moving outside of El Paso is not a good thing for anyone involved,” said El Paso airport director Monica Lombraña.

The airport is impacted through lower fuel flowage fees, she said, and so is the city, which collects taxes on many of the services provided to the industry.

“The airport will do whatever is within our capability lawfully to work with our tenants and to encourage local businesses to remain at (El Paso Airport),” she said. “And the best way we can do that is to offer the lowest lease rates and fees possible to our tenants while still maintaining our infrastructure to the highest standards possible.”

These days corporate and business air travel is not just for gazillionaires. It’s possible for smaller firms to use private jets without spending a fortune, said Matthew Betty, an aircraft broker and consultant who worked in El Paso before moving to Fort Worth in 2012.

“Corporate aircraft travel has substantially evolved over the last 15 years,” Betty said. “The industry has just exploded in terms of how you can access and use corporate aircraft.”

Smaller firms have access to private planes through partial ownership schemes that work like timeshares as well as charter flights, he said. And even though private jets may be perceived as a luxury, for many companies, they’re just another business tool.

According to the National Business Aviation Association, business aviation contributes $150 billion to U.S. economic output and employs more than 1.2 million people, although the industry was hit hard by the Great Recession and financial meltdown in 2008 and 2009.

The lack of direct flights from El Paso International has long been a frustration for El Paso business executives. A number of local firms, Betty said, use private planes to move their executives and management teams more quickly to and from operations on the border.

One is El Paso-based River Oaks Properties, which has fractional ownership of a plane through Ohio-based Net Jets, which is a subsidiary of Warren Buffett’s Berkshire Hathaway Inc.

“Prices have come down a lot over the past decade or so,” said Adam Frank, River Oaks president.

He and other executives often have to fly to San Diego, but there are no direct commercial flights from El Paso to the California city.

“With a layover in Phoenix, it literally takes between 7 to 9 hours to get to San Diego when it is about a 1-hour and 20 minute flight direct,” Frank said.

So a one-day trip turns into a three-day trip, which is an expensive proposition for the company in both time and money.

But even as corporate air travel becomes increasingly accessible, El Paso continues to lose much of the business.

Francis Aviation, the fixed-base operator at the Doña Ana airport, is planning to launch a charter service for business travelers this month, once it gets the expected approval from the Federal Aviation Administration.

Owner Tyler Francis purchased a $2 million King Air B200 aircraft a year ago, and has been waiting for FAA’s go ahead.

“We are already seeing a lot of interest. We get a lot of calls,” Francis said. The only other stand-alone charter service based in the El Paso area is ATI Jet Charter.

Fuel sales at Francis Aviation, while significantly less than those of Cutter Aviation in El Paso, Francis said, are 26 percent higher so far this year compared to the same period last year. And business overall, he said, is 31 percent higher than it has averaged over the past 10 years.

“We have had a series of jet owners move over to Santa Teresa, snagging up space for aircraft,” Francis said.

In Texas, planes, like houses, are subject to personal property taxes. In New Mexico, plane owners are charged a yearly fee based on the weight of the aircraft.

The bottom line, Betty said, is the New Mexico tax can amount to saving hundreds of thousands of dollars.

Even so, El Paso International still has a lot of advantages, Betty said. It’s not located out in the desert but in the middle of the city, and has significantly more runway, security and support services, including a control tower and an important weather observation system that assists aircraft flying in low visibility.

Airport manager Bill Provance said the next thing on his list is that automated system, certified by the FAA.

And the Dona Aña County commisioners have recently approved funding for the system at the jetport.