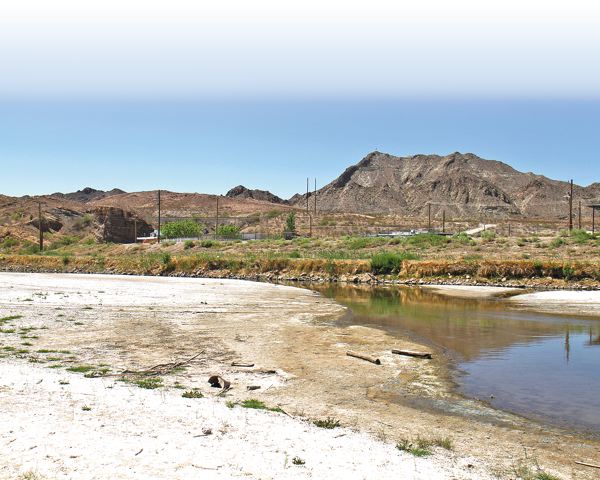 The nearly dry Rio Grande near Mount Cristo Rey. The historic river drought means the city and local farmers will get barely a trace of water from the river this year. 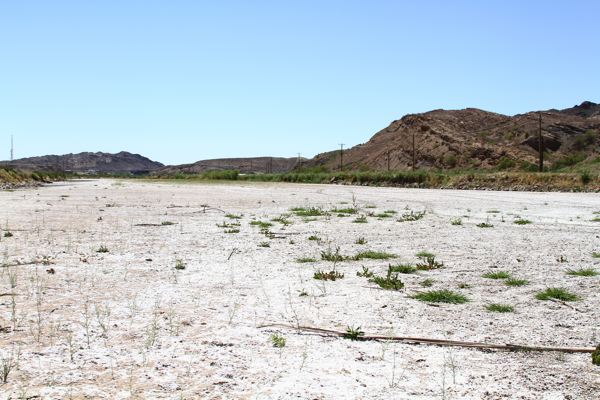 A bone-dry section of the Rio Grande. In normal water years, El Paso gets about half of its water from the river through El Paso Water Improvement District No. 1, which also provides irrigation water to 69,000 acres of farm land in the county. 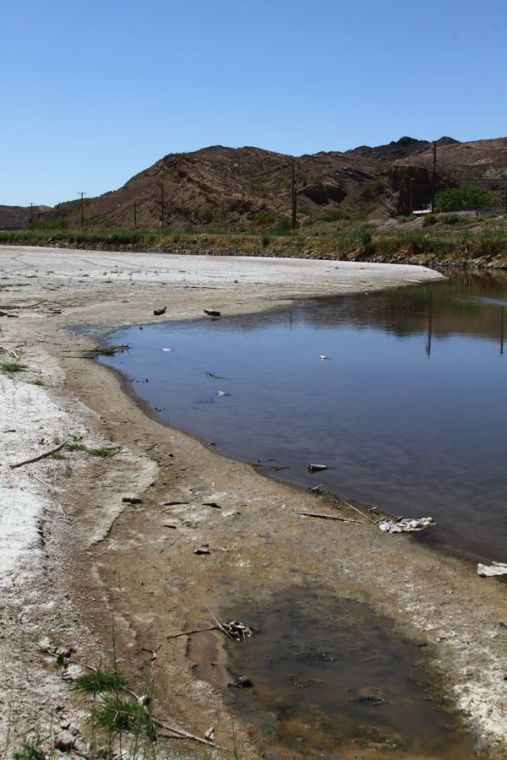 The nearly dry Rio Grande near Mount Cristo Rey. The historic river drought means the city and local farmers will get barely a trace of water from the river this year.

A bone-dry section of the Rio Grande. In normal water years, El Paso gets about half of its water from the river through El Paso Water Improvement District No. 1, which also provides irrigation water to 69,000 acres of farm land in the county.

Astronauts in space have been recycling their toilet water for decades – treating toilet water to a standard that makes it perfectly good, purified drinking water.

This fall, the utility’s new president and CEO, John Balliew, plans to ask the Public Service Board to approve the first phase of a water reuse project that would turn 10-million gallons of sewage effluent a day into purified drinking water.

The water could then be put directly back into city water lines.

Because of the ongoing and historic river drought, the city of El Paso and the farmers in El Paso and Doña Ana counties will get only a trace of water from the Rio Grande this year.

Balliew doesn’t think it will be necessary to restrict El Pasoans’ water use this summer, but the dry riverbed and virtually empty Elephant Butte Reservoir are behind his idea.

“We can work through this drought by cutting back, having these interruptions and having the uncertainty that goes with them,” Balliew said. “Or, with some investment, we could have a drought-proof sustainable future.

“What would that be worth? I think it would be very valuable. And, I think that’s the dialogue we’re going to be starting as a community and talking about.”

Direct potable reuse isn’t being done anywhere in Texas or anywhere else in the country that the Texas Water Development Board knows of.

But, as the expression goes, necessity is the mother of invention.

Every year, the city of El Paso withdraws 60,000 to 70,000 acre-feet of water from its underground aquifers, treats it, uses it, treats it again and puts it into the river or the irrigation district’s system for use on farms.

By taking some of that used water, that sewage water, treating it to drinking water standards and reusing it, Balliew believes the city can build a drought-proof and sustainable water system.

Balliew, 53, broached the idea of water reuse in an interview with El Paso Inc.

He had nearly 30 years’ experience with the water utility when the Public Service Board picked him in December to succeed the utility’s former president and CEO, Ed Archuleta.

Balliew estimates that the initial project would cost $80 million, with some funding probably coming from the federal and state governments.

In a second phase, he said, the system could be doubled to treat 20-million gallons a day or 24,000 acre-feet a year.

In normal water years, the city gets about half of its water from the river through El Paso Water Improvement District No. 1, which also provides irrigation water to 69,000 acres of farm land in El Paso County.

But it’s been some years since the city received its full allotment of 55,000 acre-feet of water from the irrigation district. And this year will be the worst. There has never been so little water in the Elephant Butte Reservoir since it began supplying irrigation water in 1916.

An acre-foot equals 325,850 gallons, which is generally considered enough to meet the needs of an American family of four for about a year. But in El Paso, an acre-foot meets a typical household’s needs for 2.3 years.

By contract, El Paso Water Utility furnishes the irrigation district with 20,000 acre-feet a year for irrigation purposes. But the city would be free to reuse as much of the rest as it could.

San Antonio and San Angelo are among the Texas cities with water problems far worse than El Paso’s that are participating in a Texas Water Development Board study of direct water reuse.

There, sewage effluent is treated to federal drinking water standards and then injected deep into the city’s main aquifer, the Hueco Bolson.

The water slowly percolates down and southward toward a city well field where, after mixing with other ground water, it is pulled out years later, treated again and distributed to water customers.

John Grant, the utility’s general manager, said the new plant will be turned on any day now and will produce 2-million gallons of drinking quality water from effluent.

But that water won’t be put directly into water lines because the utility’s permit from the state won’t allow it.

“Ours is a planned, indirect reuse system,” Grant said. “We will treat it to drinking standards and then blend it with raw water and distribute it to our municipal customers.”

Those cities then will retreat the water before putting it into their lines to residential and business customers.

In El Paso, PSB member Rick Bonart believes the direct potable reuse of 20,000 acre-feet of water a year would be the city’s ticket to a sustainable water system that no drought could touch.

“It’s huge. Huge. But before this year, nobody even thought about it,” he said. “It’s like you’re walking down the street wondering how you’re going to change a tire, and someone says, ‘Here, try this lug wrench.’

“It’s a tool and, frankly, I think it’s going to save our butt.”

The PSB will consider a system that treats sewage water, bringing it up to drinking water standards.