An official rendering shows what the Amazon fulfillment center, El Paso’s first, will look like. 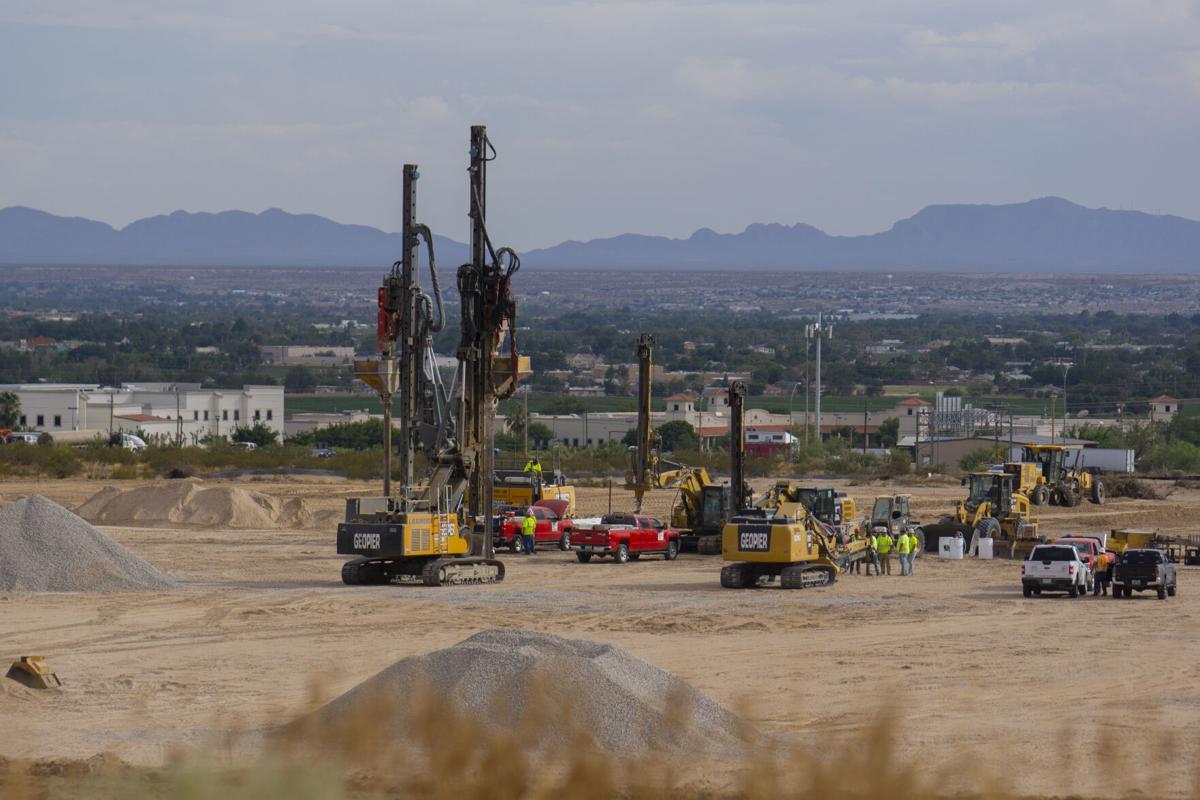 An official rendering shows what the Amazon fulfillment center, El Paso’s first, will look like.

The city’s business and government leaders have confirmed what El Paso Inc. reported back in early May: Amazon is coming to the borderland.

The center is expected to bring about 750 new full-time jobs to the region, with a starting wage of about $15 per hour and including health insurance benefits.

“We’re excited to be growing our operations in West Texas and look forward to building out our network in El Paso,” Alicia Boler Davis, Amazon’s vice president of global customer fulfillment, said in a news release. “We’re grateful for the strong support we’ve received from local and state leaders and we look forward to creating over 700 full-time jobs for the El Paso community, with industry leading pay and comprehensive benefits starting on day one.”

El Paso County Judge Ricardo Samaniego said the Amazon fulfillment center was a “beacon of hope” for the community after a difficult couple of years, starting with the late 2018 refugee crisis and including the Aug. 3 mass shooting and COVID-19 pandemic.

“It’s an opportunity for our community to feel and sense that hope, to recognize who we are as a community,” Samaniego said. “It’s a time for us to show who we are as a great community. It’s going to have a tremendous impact.”

The journey that ended with Amazon choosing El Paso for the fulfillment center, according to city officials, began when El Paso tossed its hat into the running for the retail giant to build its second headquarters in the city.

El Paso and every other Texas city lost out to Crystal City in Arlington, Virginia for the second headquarters project, but Barela said Amazon circled back for the fulfillment center because of the data presented in the HQ2 application.

The new fulfillment center will not be built in the city of El Paso but will be located within the county. El Paso Mayor Dee Margo said Amazon chose this area because of its strategic place between markets and other fulfillment centers around the country.

Margo added that the fulfillment center will also bring continuing education opportunities to the region, and that construction of the facility will support hundreds of construction jobs.

El Paso Inc. began reporting on Amazon rumors back in May, when sources involved with the project, code-named “Project William,” shared plans for the fulfillment center.

On May 27, a $191.7 million project called “William” was registered with the Texas Department of Licensing and Registration, listed as a 2,603,420 square foot fulfillment center.

The scope of work, according to the TDLR filing, includes “new construction and site work for a large sortation facility. Work to include full site development, access roads and 2.6 million square foot building with guard house and fire pump accessory structures.”

Barela last week mentioned that there had been some misreporting about the center’s square footage, but neither The Borderplex Alliance nor city officials on Friday could clarify the square footage or offer details on the number of floors the facility might have. Renderings appear to show it has five floors.

Barela said the fulfillment center was not a done deal until about 48 hours before last week’s news conference although trucks began leveling the site earlier this month.

Amazon has not requested any tax incentives.

“There are other conversations about ongoing support for the company,” Barela said. “We want to be a welcoming environment to Amazon and any company looking to expand or relocate.”

He was also not able to confirm the price tag on the project, but said “this will be one of the largest capital investment projects since the Union Pacific project in Santa Teresa.”

With the recent ratification of the USMCA trade agreement, Barela said he expects more job announcements to come down the pipeline for the region, and said the borderland will lead the way out of the post-COVID economy.

“We expect more announcements on the way,” Barela said. “It’s a good time to be here.”