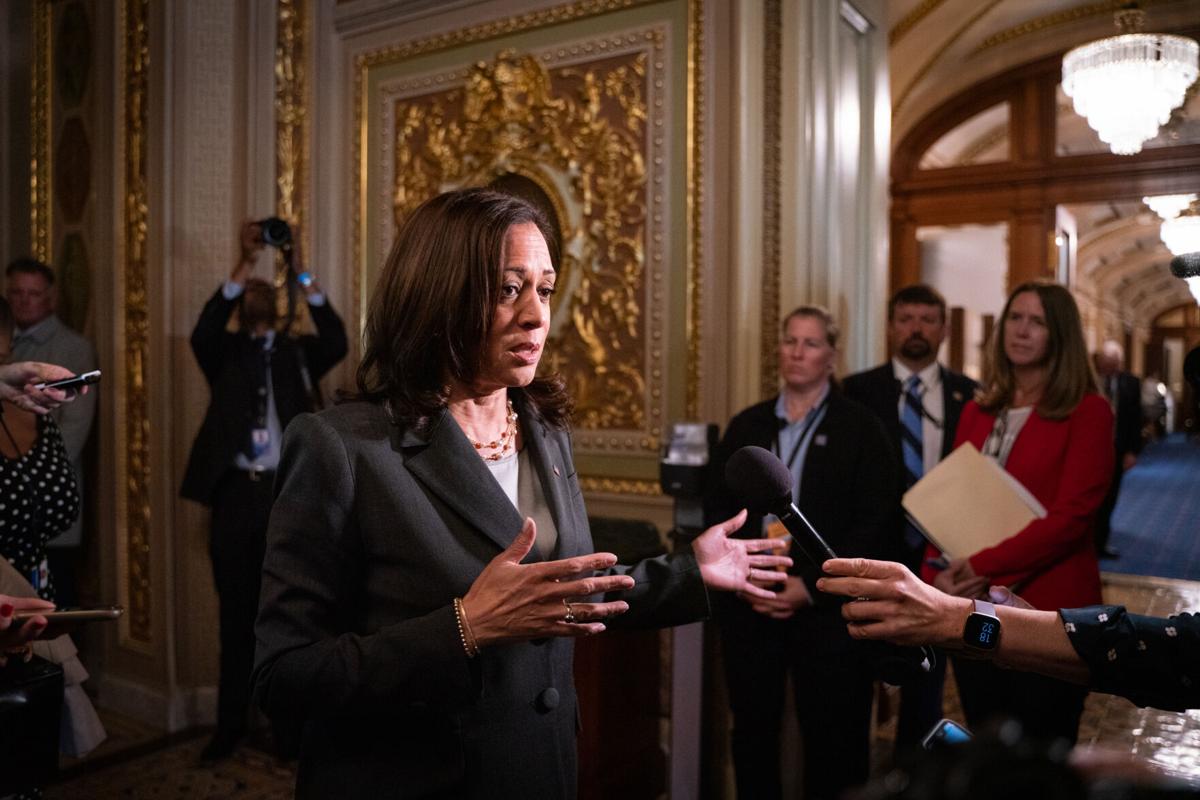 Vice President Kamala Harris will travel to the United States-Mexico border on Friday, a visit that comes after weeks of criticism from Republicans who assailed her for not visiting even though she is in charge of addressing the root causes of migration. 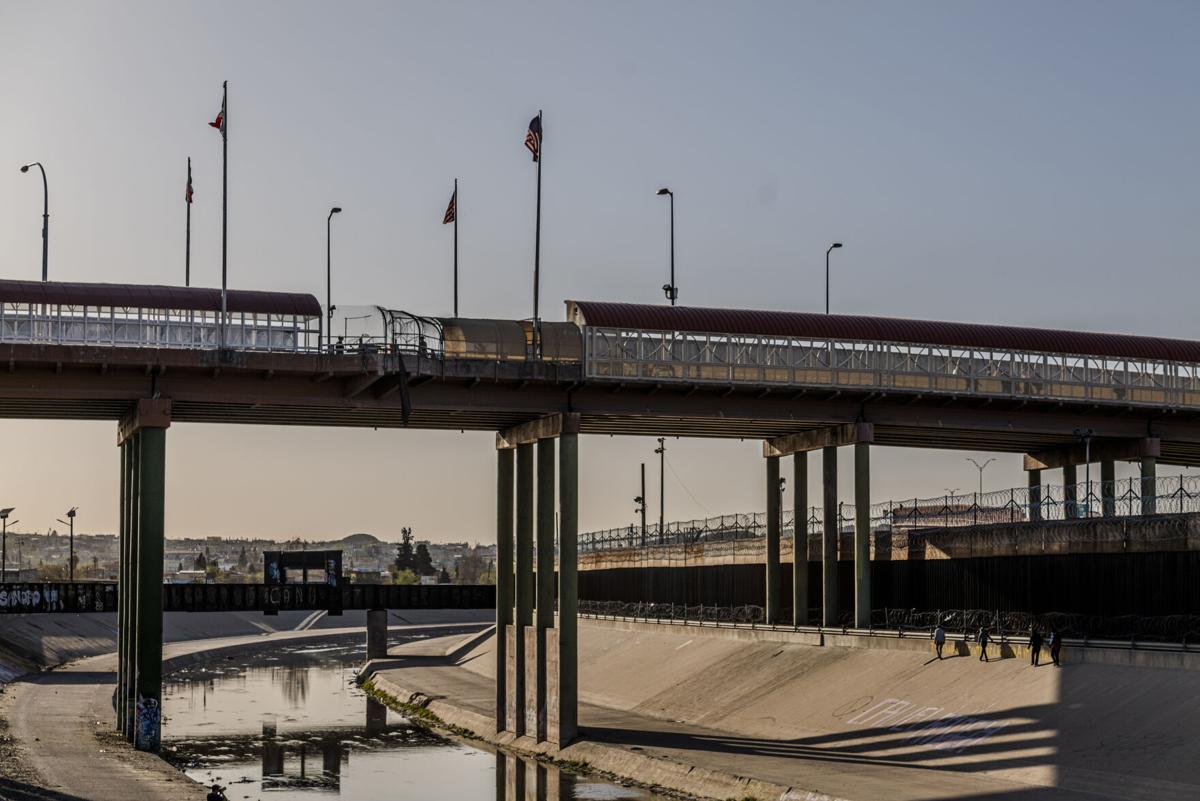 Migrants cross into El Paso from Juárez to request asylum in March.

WASHINGTON — Vice President Kamala Harris will travel to the U.S.-Mexico border Friday, a visit that comes after weeks of criticism from Republicans who assailed her for not visiting even though she is in charge of addressing the root causes of migration.

The criticism came after Harris’ visit to Mexico City and Guatemala this month, when Lester Holt of NBC grilled her about why she had not visited the border. She responded by calling the visit a “grand gesture” and pointed out that she had not visited Europe yet, either — answers that confounded her critics and members of her own administration.

“She said in the same interview she would be open to going to the border at an appropriate time,” Jen Psaki, the White House press secretary, said, fielding questions Wednesday about Harris’ visit. “We made an assessment within our government about when it was an appropriate time for her to go the border.”

Administration officials did not give a clear answer about what made this week an appropriate time. Harris has held the role since March, when President Joe Biden tapped her to lead an effort to improve conditions in Central America to deter migration north. But even during this month’s trip aimed at improving conditions in the region, she continued to face questions over her absence from the border.

Harris and her aides have since been on the defensive, arguing that she is focused on addressing the poverty and persecution that force vulnerable families to leave their homes. Allies have cautioned the White House not to give in to criticism.

“I wouldn’t,” said Jennifer Palmieri, a former White House communications director during the Obama administration. “It is a mistake to think you’re going to quiet critics forever by taking on the stuff they want you to take on.”

But former President Donald Trump’s planned visit to the border next week cranked up the pressure. Harris’ visit, which was reported earlier by Politico, will come just days before Trump is set to visit the border with a group of House Republicans and Gov. Greg Abbott of Texas, who has pledged to finish the border wall that became a symbol of Trump’s restrictive immigration agenda.

Trump wasted no time accusing Harris of planning a trip to the border because he was also planning one. “If Gov. Abbott and I weren’t going there next week, she would have never gone,” Trump said in a statement issued through his office about five minutes after Harris’ trip was formally announced.

An official in Harris’ office, speaking on condition of anonymity to not disclose internal planning, said Trump’s visit had nothing to do with Harris’ trip.

On Wednesday, a group of House Republicans said they would join Abbott and Trump on their trip, a move intended to add further pressure on the Biden administration, which has struggled to chip away at Trump’s “zero tolerance” immigration policies while warning migrants not to make the journey to the United States. The Biden administration has also been criticized for retaining Title 42, a Trump-era rule that allows the U.S. government to expel migrants, including asylum-seekers, for public health reasons.

The number of unaccompanied minors crossing the border has hit a record high under the Biden administration, and officials have struggled to quickly move them out of cramped facilities and into the care of family members. And a surge in single adult apprehensions — some 121,000 last month — at the border has offset a small decline in the number of unaccompanied minors and families traveling north, according to U.S. Customs and Border Protection data.

Rep. Jim Banks of Indiana said in a statement that he and other Republicans would travel to the border with Trump “to explain how we can end this national embarrassment.”

When Harris travels to El Paso she will be visiting a major port of entry and a city that has complicated ties to Trump. During Trump’s presidency, he called El Paso “one of our nation’s most dangerous cities,” castigating it as overrun by immigrants and crime. In 2019, when 22 people were killed at a Walmart and the white suspect warned of a “Hispanic invasion,” Trump was met with protests when he visited to meet with families of the victims.

The city is in the district of Rep. Veronica Escobar, a Democrat who has pushed for U.S. officials to assess the root causes of migration from Central America — a message that matches what Harris has repeatedly said she will be doing in her role. Escobar is expected to accompany Harris on Friday, but an administration official familiar with the vice president’s travel said plans for the trip were still being finalized.

Harris’ visit could also be an opportunity to meet with agents who are responsible for responding to the surge of migrants, and who were perplexed when she dismissed a visit to the border as a “grand gesture.” Brandon Judd, president of the National Border Patrol Council, said the visit could improve the morale of Border Patrol agents who have been forced to process thousands of migrants, many of them unaccompanied minors, at the southwestern border.