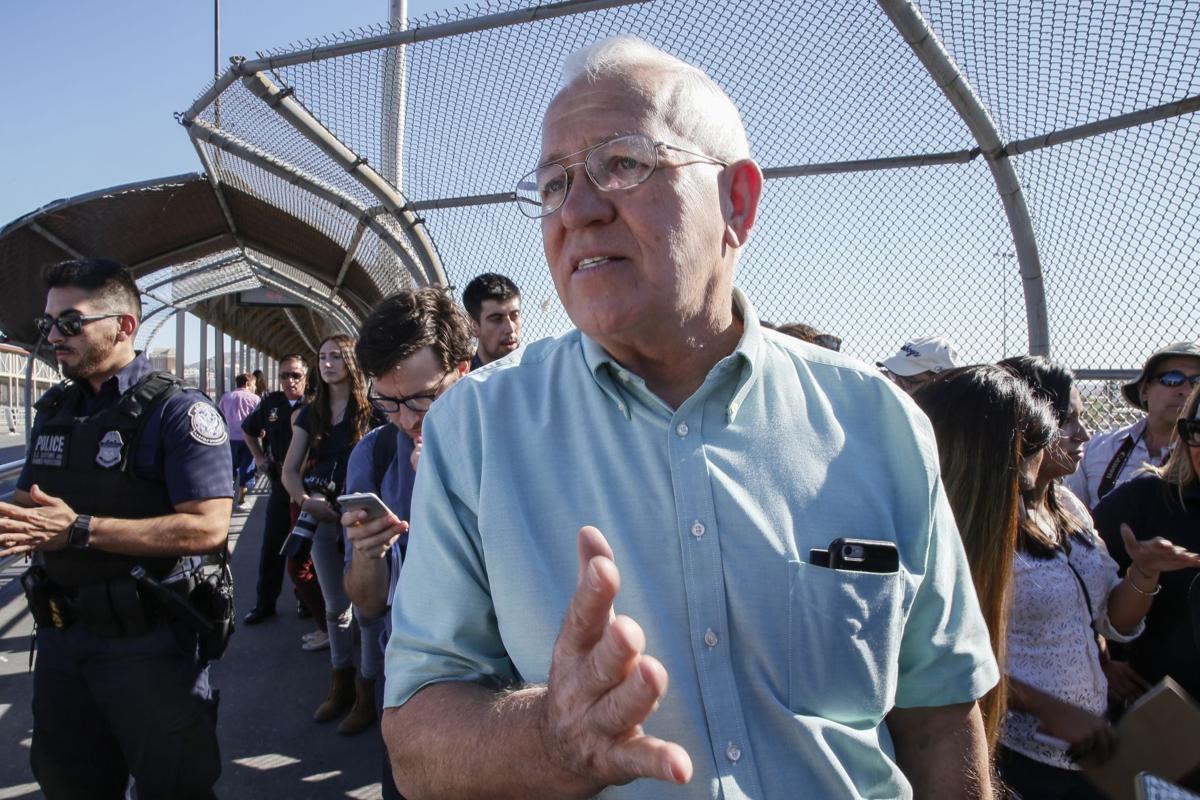 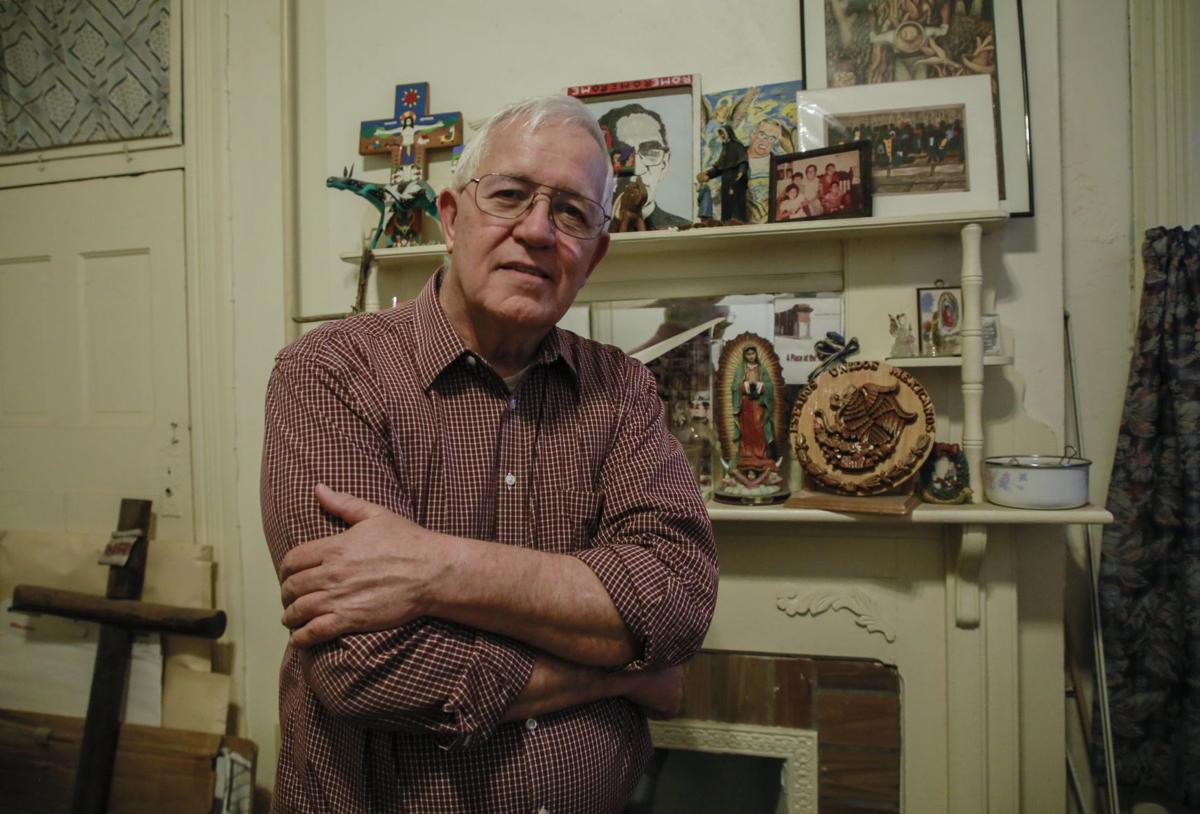 More than 40 years ago, Ruben Garcia resolved to drop all earthly ties and respond to a heavenly call to serve the poor, creating a refuge for some of the worlds’ most vulnerable people – no matter where they are from. His steadfast leadership has inspired innumerable others to follow and love their fellow man. He is the 2018 Community Spirit Award honoree.

It was a chilly October night, and Ruben Garcia realized he needed to buy 12 gallons of milk for the cereal that would be served at a massive breakfast the next morning.

As executive director of Annunciation House, a nonprofit that provides shelter and support to migrants and other homeless and economically vulnerable people, Garcia needed to feed the hundreds of people who had come into the organization’s care.

He hurried to an Albertsons grocery store in Central El Paso, where he pushed his empty shopping cart to the dairy section and piled milk into it.

After stopping by the produce aisle for apples and bananas, he pushed the cart to a checkout line. It did not take long for a man to recognize the six-foot-tall Garcia.

He said, “You work with Annunciation House?”

Hearing the man, Garcia thought, Would the man be happy about his work?

He answered, “Yes. I work with Annunciation House.”

The man then looked at the cashier and said, “I have to pay for this. I am going to pay for it.”

He then declared to everyone in line, “This man works with Annunciation House. Don’t you know?” as he pulled out his debit card ready to pay for Garcia’s groceries.

The man’s comment – I have to pay for this – grabbed Garcia’s attention. “He didn’t say I want to; he said I have to,” Garcia said in a recent interview in his office in Downtown. “And that’s what I mean when I say no one gets a pass.”

For decades, Garcia, 70, has dedicated his life to a heavenly call – one that asks the faithful to serve the poor and the most vulnerable.

And for Garcia, an El Pasoan and graduate of Rockhurst University, a Jesuit college in Kansas City, it is a duty all must take responsibility for.

Every time he remembers the man at Albertsons, Garcia thinks, Thank you, God. Just, thank you.

He grew up in the Sunset Heights neighborhood and later in the Ascarate area. After completing some graduate-level courses at Seattle University in Washington, he returned to El Paso where he worked at Our Lady’s Youth Center with Father Richard Thomas.

There, he got a sense of what he’d be doing for the rest of his life.

“I knew I wanted to do something that, for me, felt real. And it meant working with the poor,” he said.

He would later team up with his peers and found Annunciation House at 1003 E. San Antonio. It’s been more than 40 years, and Garcia is still committed to his work.

On a shelf in his office in the century-old landmark there is a collection of crosses, the Virgin of Guadalupe, a wooden seal of Mexico and a drawing of Roman Catholic Saint Oscar Romero – gifts made by migrant families he has helped.

They represent the decades of work that Garcia has put into Annunciation House as its executive director. Many of the people he has served have been children and mothers who have fled violence in countries south of the U.S.-Mexico border.

The latest wave of migrants from Central America has made national headlines. And, once again, Garcia and his team of about a dozen volunteers have answered the call, finding shelter for thousands of people.

Garcia and his volunteers work with immigration authorities to provide shelter and other assistance for immigrants. Garcia receives several calls a day from Customs and Border Protection asking him to take people in because its detention centers are full. He always replies, “Yes.”

Garcia has coordinated with a network of churches and a couple of motels that have been instrumental in providing shelter to migrants. It is a strenuous endeavor, but Garcia said he is not tired by the physical activity.

He finds comfort and relaxation when he spends time with his six children and his grandchildren during the holidays.

Also, he finds comfort reading biographies and books on theology.

“I’m not too much into novels,” Garcia said.

Right now, he is reading about Oscar Romero, the Catholic saint from El Salvador who spoke out against poverty, social injustice, assassinations and torture. He was killed while celebrating Mass on March 24, 1980.

“He was raised so radically different from how his life turned out to be,” Garcia said. “He is a brilliant theologian.”

Garcia is also a history enthusiast and is optimistic about the United States and its role as a symbol of hope and principle.

“There’s incredible hope that we say (all people are created equal) even when we know there’s such a disparity in how people experience that equality in the United States,” he said. “It doesn’t mean we stop striving for it.”