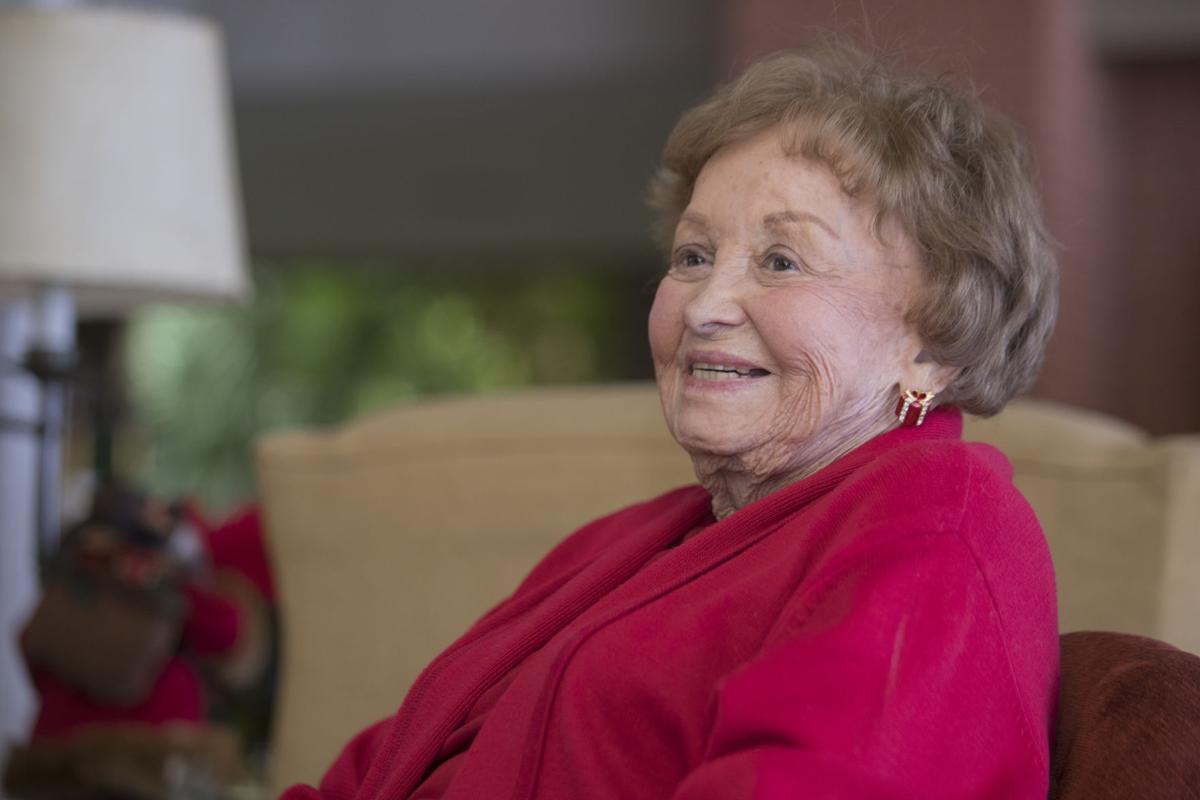 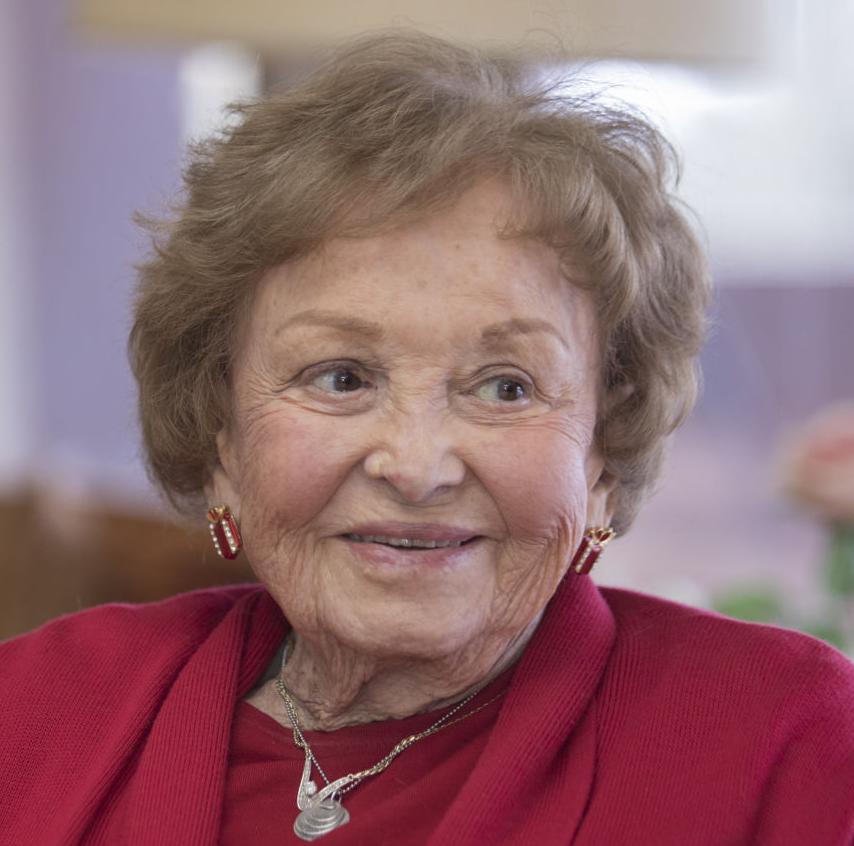 It was January and the rain was slowly turning to slush.

It didn’t matter. El Pasoans came anyway. So many crowded into the Plaza Theatre in Downtown El Paso that the line curved around the block. The faded but historic movie palace was covered in grime and dust and slated for demolition.

That evening in 1986 El Pasoans gathered to find out if enough money had been raised to save the theater from being replaced by a parking garage.

One of them was Betty Moor MacGuire. As chair of the El Paso Community Foundation, she had sparked the $1-million effort to save the Plaza Theatre with a single phone call.

An El Pasoan with a remarkable life story, MacGuire is also the force behind the Lee and Beulah Moor Children’s Home. Opened 57 years ago this month, almost 30,000 children in crisis have found a safe place with the nonprofit.

MacGuire, 93, the Moor Home’s board chair, has rarely missed a meeting.

For nearly 60 years of working to transform the lives of children and their families, for her efforts to save the Plaza Theatre from becoming a parking lot, and for a lifetime of improving the quality of life in El Paso, Betty Moor MacGuire is El Paso Inc.’s 2016 Community Spirit Award honoree.

At the receiving end of MacGuire’s phone call back in 1986 was Janice Windle, then president of the El Paso Community Foundation. Had Windle seen the story in the newspaper that the Plaza Theatre was being torn down?

“Her second sentence was, ‘I can’t let them tear down my beautiful Plaza Theatre, and we have to get people behind us to make this happen,’” Windle remembers.

In just six weeks, a million dollars was raised. And that cold January evening they announced the Plaza Theatre would be saved.

“It absolutely would not have happened without Betty Moor MacGuire’s leadership.” Windle says.

The Plaza Theatre re-opened in 2007 and is now one of the most popular and historic attractions in El Paso.

“My mother was a very fundamentalist Baptist, so we didn’t go to theater much,” MacGuire says. “But I just remember it being so beautiful and so different – something unusual.”

MacGuire was adopted as an infant by Lee and Beulah Moor. Lee struggled out of poverty to become one of the most successful contractors, farmers, ranchers, financiers and philanthropists in the Southwest.

Lee Moor’s biographer described him as “an extraordinary man whose true stature has remained largely unknown because of his completely genuine desire to avoid any form of recognition or community praise, or any glimmer of the public spotlight.”

The same could be said of his daughter.

Lee was 53 and Beulah 46 when they adopted little Betty.

“That’s the first miracle in my life,” MacGuire says.

The second? “They go on and on,” she says. “The second was marrying John.”

When Betty was a young woman, she married John MacGuire, sneaking out of the house to elope with him in 1943. Their marriage lasted 58 happy years, until he died in 2001.

“I want you to know, in the end, my parents finally liked him a whole lot,” MacGuire says, chuckling.

Her mother was orphaned as a child and her father was the child of a broken marriage, “which in those years was unheard of – for anybody to get a divorce. Oh, my goodness. You just didn’t do that,” MacGuire says.

Her parents knew what it was like not to have a happy family, and MacGuire thinks that is what drove them to help others.

Her father established a trust that founded the Lee and Beulah Moor Children’s Home in Central El Paso in 1959, which MacGuire and her husband supported as trustees, and where she has served as president.

MacGuire’s father insisted it not be established until he had died.

“John and I decided we were going to make sure it didn’t get forgotten,” MacGuire says.

Today, the Lee and Beulah Moor Children’s Home is El Paso’s only children’s home. It provides a nurturing place for children in crisis, and they can stay for as long as they need to. The average stay – two years.

“I can’t think of anything more difficult than making a home for children who don’t have a home and creating something the children cherish their entire lives,” Windle says.

“We work very hard to surround children with the love and support they need to succeed,” Tanner says.

The children attend local schools and have access to tutoring. The nonprofit also operates a number of programs to help family members.

“Our goal is to work with the whole family,” Tanner says.

In 1989, MacGuire, who is a pilot, and her husband established the War Eagles Air Museum in Santa Teresa to house their collection of vintage planes. The nonprofit museum continues to grow and attract visitors.

“It’s all been fun,” MacGuire says. “Helping people is the best thing. Both my parents liked to help people, so I guess I got it from them.”

And El Paso is lucky to have Betty Moor MacGuire.