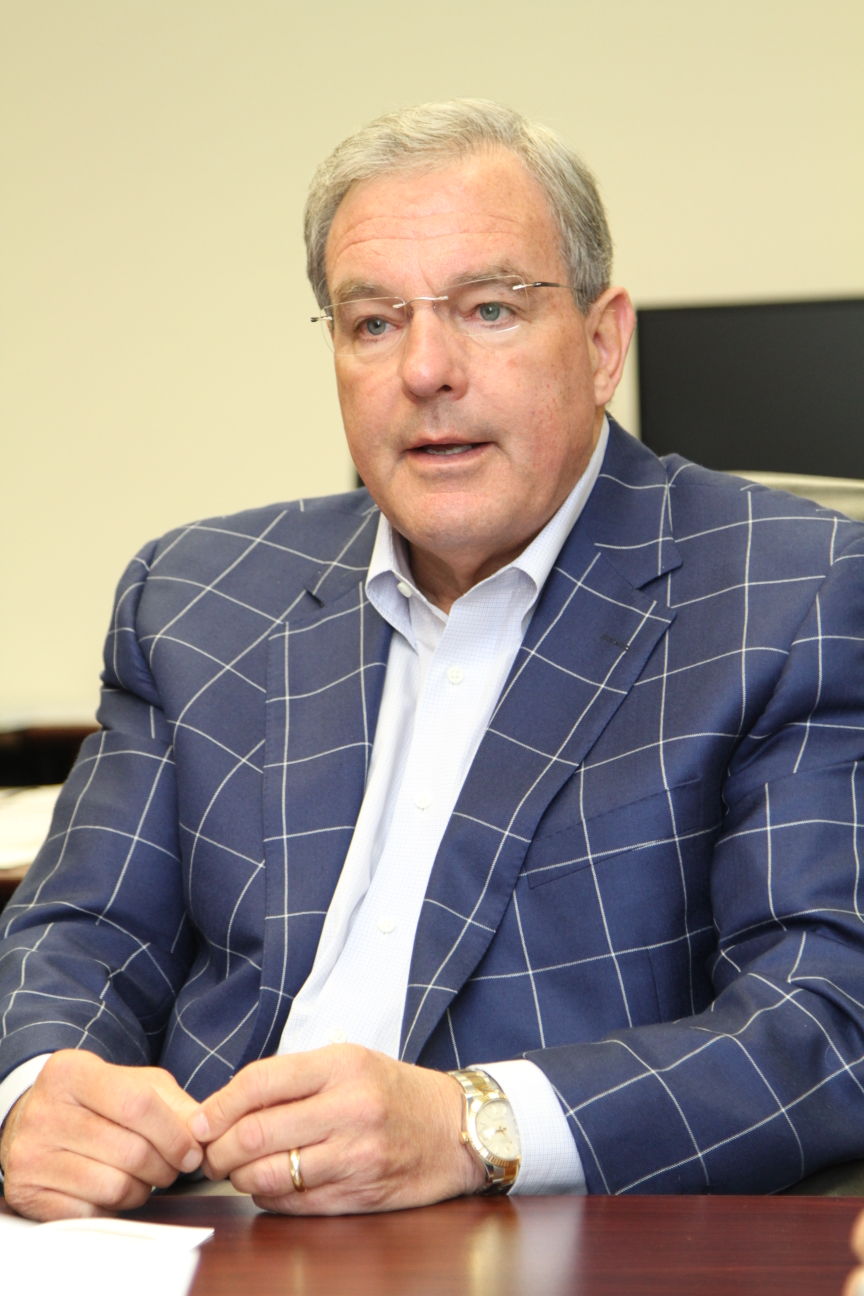 Dee Margo served as president of EPISD’s board of managers. 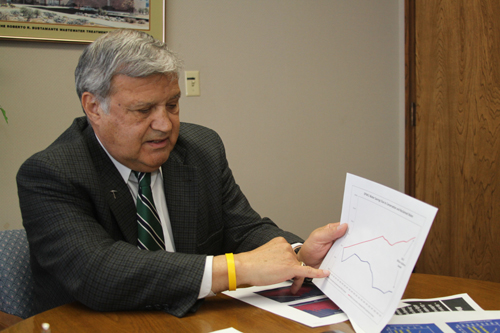 president/CEO of El Paso Public Service Board, says the drought will be tough on the region’s farmers, but there’s plenty of water supply, thanks to conservation, reclamation and careful management of the Hueco Bolson. 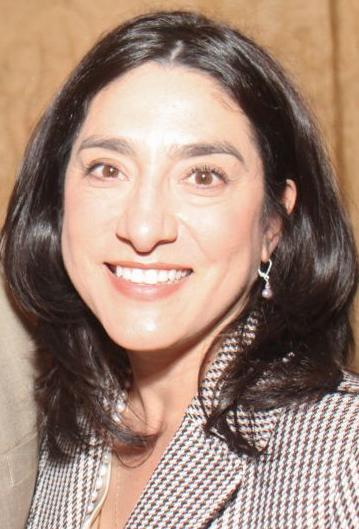 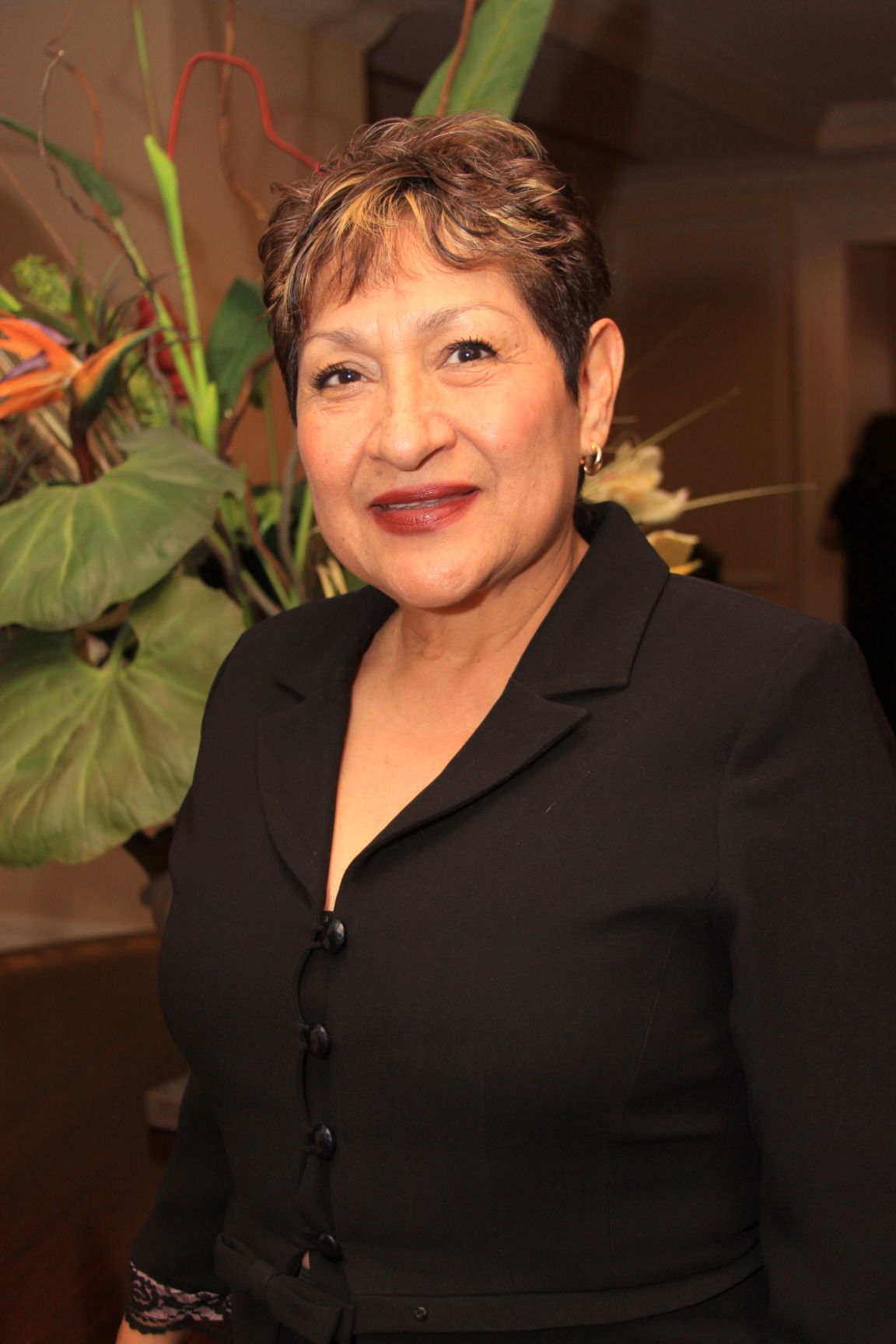 Dee Margo served as president of EPISD’s board of managers.

president/CEO of El Paso Public Service Board, says the drought will be tough on the region’s farmers, but there’s plenty of water supply, thanks to conservation, reclamation and careful management of the Hueco Bolson.

The best school board – ever. That’s what Michael Williams, the outgoing commissioner of the Texas Education Agency, calls them.

And for all they did to restore integrity and public confidence in a foundering school district, advancing education in the process, El Paso Inc. presents its 2015 Community Spirit Award to members of El Paso Independent School District’s former board of managers.

They are Dee Margo, who served as the board’s president, Ed Archuleta, Carmen Arrieta-Candelaria and Blanca Enriquez.

Looking back last week, Williams had high praise for the four El Pasoans and the work they did.

“I would say that was the strongest board of trustees or board of managers in the entire country, because you had the expertise, skills and background that you don’t see on a typical board of trustees,” Williams said. “I am proud to have worked with them.”

In December 2012, Williams announced he was stripping EPISD’s elected trustees of power and would appoint the four El Pasoans, plus the district’s paid monitor, Judy Castleberry, to a board of managers that would run the district for two years.

Margo, who led the city’s largest independent insurance agency, JDW, for years, served in the Texas House and on countless boards and has been heavily involved in El Paso’s civic life.

Archuleta, an engineer, had been president and CEO of El Paso Water Utilities for 20 years.

Arrieta-Candelaria was the city’s chief financial officer at the time of her appointment.

Enriquez had led the Head Start program in District 19’s Education Service Center for nearly 20 years until last April, when the Obama administration tapped her as director of the national Office of Head Start Administration in Washington, D.C.

Because of a legal challenge by the El Paso district and its elected trustees, the new board of managers didn’t take control of the district’s affairs until May 2013, and then served for two years.

Replacing the elected board of one of Texas’ largest school districts with an appointed board was unprecedented and came at one of El Paso’s darkest times.

In order to prop up the district’s academic standing, EPISD’s top administrators had improperly falsified test scores and promoted or removed certain students from school to keep them from taking competitive state tests.

Then-Superintendent Lorenzo Garcia received bonuses and his allies got raises and promotions, while the elected board ignored complaints, failed to act and allowed the persecution of whistleblowers.

Garcia, who was indicted and convicted on federal fraud charges, was released from federal prison in mid-2014 after serving 2½ years. Others involved lost their jobs and will likely never return to education. The federal investigation continues.

“In order to regain the full trust of this community, and in order for this community to be able to move forward, it is important for us to change the players in this game,” Williams said at the time.

It was no cakewalk, Enriquez remembers.

“Board meetings were quite challenging because everybody was angry at EPISD, and many of the constituents did not believe that the board of managers should exist,” she said. “But we were there and we had a job to do, and I think we did a very, very good job.”

Williams told El Paso Inc. he was looking for people who had experience dealing with large institutions, crisis and chaos.

“Ed Archuleta and Dee Margo and just all of them, they don’t typically run for a school board, and El Paso was blessed that they were willing to serve because you don’t get that skill level ever – ever,” he said.

Williams spoke to El Paso Inc. last week while on vacation. On Dec. 31, he leaves the commissioner’s post he’s held for 3½ years.

Current EPISD trustee Susie Byrd agrees with Williams, while acknowledging that there are dissenters who have been critical of the unelected board.

Byrd calls the selection of Margo, Archuleta, Arrieta-Candelaria and Enriquez “a miraculous choice.”

Byrd thinks the appointed board made some great moves – going to dual-language immersion districtwide and hiring a business executive, Juan Cabrera, as superintendent. She calls Cabrera “a remarkable leader.”

She praises them for commissioning a major audit that revealed important facts about student enrollment and finances, and then cleaning up the business side of the organization.

She also gives credit to Enriquez for pushing the dual-language policy.

Elena Izquierdo, an associate professor of teacher education at the University of Texas at El Paso, said the program will have a profound impact on education and on El Paso. A language instruction expert, Izquierdo served with Byrd on the language task force that recommended the change.

Traditional bilingual education, the model EPISD used for more than three decades, never worked as it was supposed to, she said, and made school life miserable for generations of Spanish speakers. But teaching everyone two languages starting in kindergarten will work.

“That is something children will leave school with and will have as a part of their being for the rest of their lives,” she said.