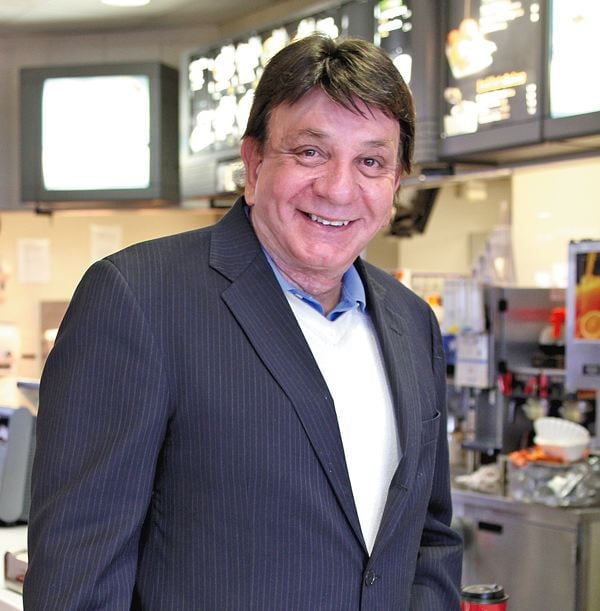 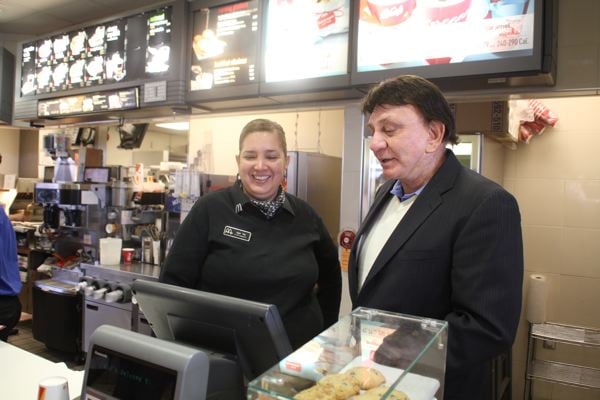 Richard Castro with store manager Angie Vela at the McDonald’s at Interstate 10 and Yarbrough. Castro owns 23 McDonald’s locations and employs more than 1,000 people. 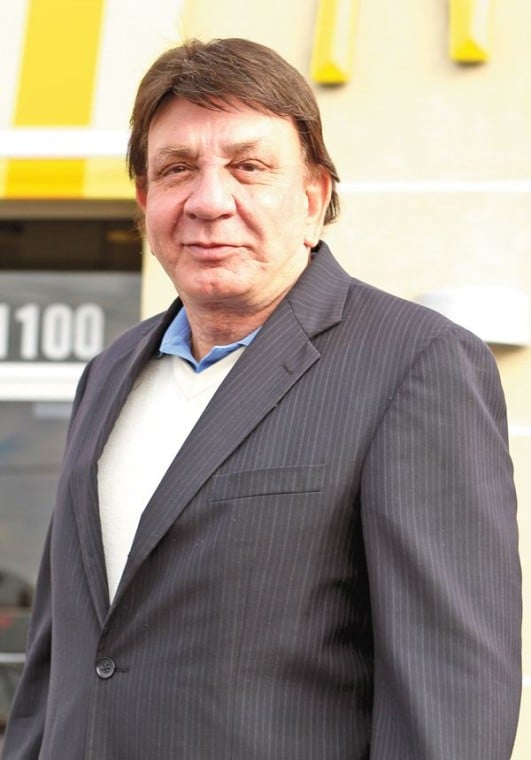 Richard Castro with store manager Angie Vela at the McDonald’s at Interstate 10 and Yarbrough. Castro owns 23 McDonald’s locations and employs more than 1,000 people.

The wood-frame house on Ware Street in Del Rio, Texas, is small with a welcoming front porch, just as it was when Richard Castro grew up there in a world poor in material comforts but rich in generosity.

Giving became part of Castro's DNA there on the U.S.-Mexico border, several hundred miles southeast of El Paso and a couple blocks from the railroad tracks.

Castro's mother worked from home as a seamstress, and although his family's means were quite modest, Castro remembers how she would never reject a request for food from the transients who would often come calling at the door.

In many ways Castro's life today could not be more different. He's built a fast food empire from scratch and his 23 McDonald's restaurants employ more than 1,000 people in the El Paso region. But Castro has lived his life much as his parents did; as his business has grown, so has his generosity.

In the 1980s, Castro founded a scholarship program called HACER that's grown into one of the country's largest for Hispanics. Now run through Ronald McDonald House Charities, the program has awarded an astonishing $22 million to 15,000 students nationwide.

Castro is also behind the McDonald's Classic Basketball Tournament. When he launched the tournament several years ago, his idea was to bring more top-level teams from around the country to El Paso to focus attention on talented high school athletes here, ultimately helping more local youth win college scholarships.

"Education is a no-brainer," Castro said. "We know that education is essential and the higher the education, the better the chances of having a rewarding and successful life."

Castro earned a bachelor's degree from Texas State University in 1970. He worked his way through college, fittingly enough, flipping hamburgers. He also earned a teacher's certification and taught third grade in Eagle Pass, Texas for a year.

While the neighborhood Castro grew up in remains much the same today, one major difference is the community park. It was built on an undeveloped lot that neighborhood kids used for BB gun battles. The effort was led by the United Civic Organization, formed when Castro was a high school student in Del Rio.

Later, after he graduated from college, Castro remembered the work of the United Civic Organization and it became the first volunteer organization he joined.

He went on to work as an administrative assistant, city manager of Del Rio and a real estate developer. But eventually, Castro was convinced by a persistent friend who owned McDonald's in Del Rio to pursue a McDonald's franchise.

Castro graduated from McDonald's training center, Hamburger University, in 1982, and began his franchising venture with McDonald's in El Paso in 1983 under the name Castro Enterprises.

"As I had success, I started to see it as a duty to continue to get involved and give back," Castro said.

"It's a group of doers. We don't just talk about stuff or analyze things to death; we just get out there and do it," Castro said.

The all-volunteer group has quickly grown since its founding two years ago.

Some of the group's volunteers work in El Paso public schools, supporting STEM programs - in science, technology, engineering and math. They started at Riverside High School and are now in nearly 15 schools.

Community en Acción has bought backpacks for kids and launched a program that takes middle school students on a trip to the University of Texas at El Paso to promote higher education.

Perhaps most visibly, the group took the lead in sponsoring the "Magnificent Mexico" exhibit in February, the largest-ever display of Mexican art at the El Paso Museum of Art.

It was also a major partner for "El Paso Reads: Bless Me, Ultima," in August, an effort to get El Pasoans to read the book ahead of the movie's release.

Castro was also behind the founding of the Boys Club, now the Boys and Girls Club of America, in Del Rio, doing much of the planning and fundraising. Now he is on the boards of Ronald McDonald House Charities and local WestStar Bank.

"What is extraordinary about Richard (Castro) is he stays below the radar screen, but he is very focused on providing opportunities for Hispanic youth to further themselves," said Rick Francis, WestStar Bank's executive chair and El Paso Inc.'s 2009 El Pasoan of the Year honoree.

Castro sponsors local golf tournaments for senior citizen organizations and serves on the committee in charge of the University of Texas at El Paso Centennial Celebration.

He is also a member of the steering committee guiding the merger of REDCo, El Paso's Regional Economic Development Corp., and the Paso del Norte Group.

The new non-profit, called Borderplex Bi-National Economic Alliance, will work to recruit new business to El Paso, as well as to retain and grow local businesses.

"Everybody should get involved in their community at whatever level they are able to," Castro said. "As the individuals experience growth in their professions and more success, then that level should increase."

Castro has served on the El Paso City Plan Commission, the board of the Boys and Girls Club and the Chase Bank advisory board. He chairs the Ronald McDonald House Charities in El Paso.

A reserved man, much of Castro's giving goes unrecognized - just the way he likes it - but it has not gone unnoticed by his sons who are now involved in youth programs of their own.

Castro is proud of his three grown sons, Richard, Vincent and D.J.

Although they could be mistaken for stock photos, the large photos of children that decorate the walls of the McDonald's restaurant on Yarbrough are Castro's sons.

Nine individuals who played key roles in helping to win legislative approval for the Paul L. Foster School of Medicine at Texas Tech