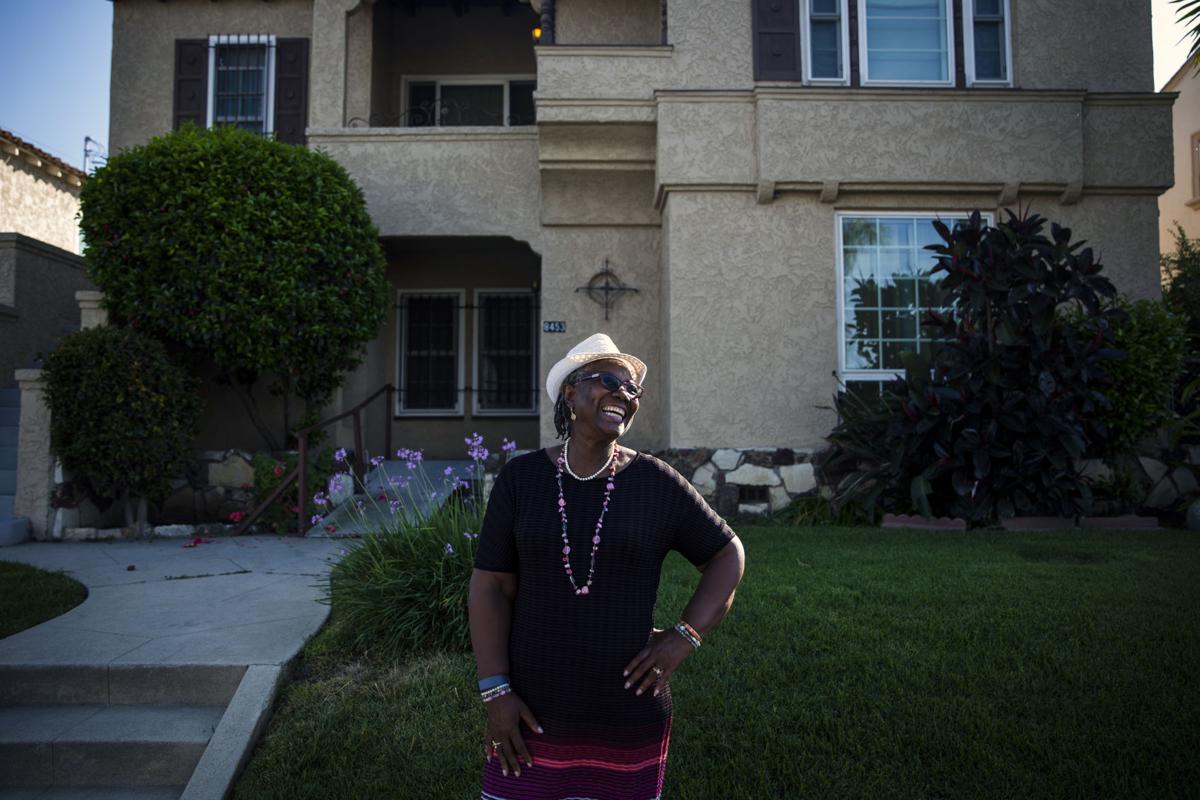 Real estate makes up 90% of the portfolio of Audrey Smith, outside a property she owns in Inglewood, California. 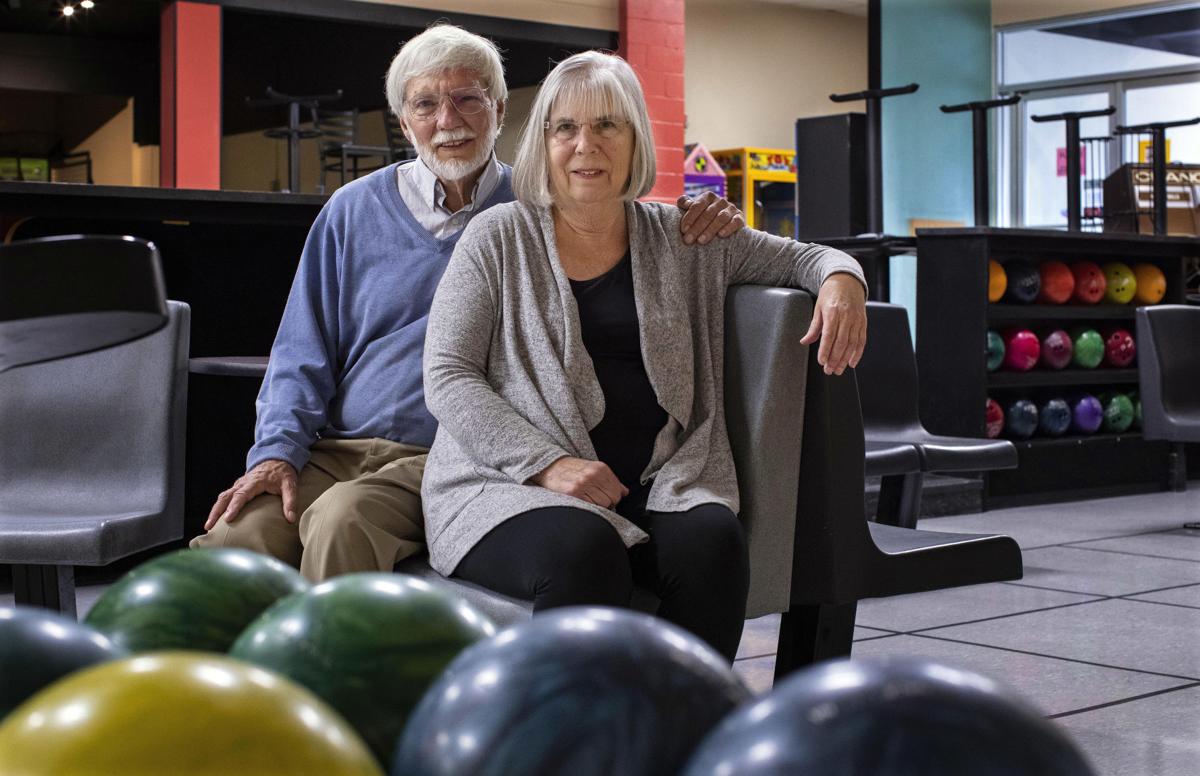 Real estate makes up 90% of the portfolio of Audrey Smith, outside a property she owns in Inglewood, California.

Audrey Smith knows what’s it like to plant a seed and watch it grow. One of 11 children, she worked in the fields of her family’s farm in Texarkana, Arkansas, and ate vegetables they grew.

But Smith didn’t want to farm for a living. So she attended college and moved to California for graduate school to become a registered dietitian. For 41 years, she worked her way up the ladder at Watts Healthcare, a health maintenance organization, until she retired nearly three years ago as the director of preventive health services.

Along the way, she raised a family, became a real estate agent and started planning for retirement in her 30s by investing primarily in real estate, taking a route to building her savings that is somewhat off the beaten path.

Instead of relying on financial advisers or Wall Street’s standard fare, some retirement investors build their nest egg by creating their own investment portfolio. Their main revenue source may be residential or commercial real estate, businesses or even precious metals. It’s not unusual for these investors to hold some mutual funds, equities or bonds, but those are secondary.

“I used to tell my parents and family that I was not going to be poor when I grew up,” said Smith, 72, who lives in Inglewood, California. “This motivated me to invest in income properties and stocks.”

The strength of the housing market in Los Angeles has helped protect Smith’s nest egg. Over 30 years through March, residential housing prices in Los Angeles increased 194%, compared with 180% nationwide, according to the S&P CoreLogic Case-Shiller Index.

Historically, Smith said, the value of her income properties has held up because of the scarcity of rentals. “Here in California, people are always looking for a place to stay,” she said. “If you take care of your property and you’re good to your tenants, they don’t leave.”

She has structured her retirement portfolio to reflect this reality: Real estate makes up 90% of it. The remainder is invested in a traditional individual retirement account that she rolled over from her previous employer’s 401(k) plan.

For some savers, retirement investing relates to their pastimes. Gary Glein of Gig Harbor, Washington, a competitive bowler for much of his life, combined his passion for the sport with the opportunity to turn around failing businesses: He and his wife, Linda, became the largest owners of two bowling centers in nearby Tacoma.

Glein called the acquisitions “targets of opportunity.” But since the couple had to shut them down because of the pandemic, Tower Lanes and Paradise Lanes have each been losing up to $60,000 a month.

“Business investments are much more volatile” than certificates of deposit or bonds, said Gary Glein, 76, who retired from running his own manufacturing company, Norcore Plastics, in 1998 after selling it to finance future acquisitions. “It’s not for the faint of heart.”

The couple started investing in income properties in the 1970s and over the last two decades have diversified their holdings with investments in the Tacoma area, including a restaurant, an office building and a small marina. Real estate and business investments like these make up nearly 42% of the couple’s nest egg.

To balance their strategy, the Gleins said, they also hold individual stocks and index funds, which account for about 25%; some traditional IRAs; and a sizable cash position in CDs and bonds. Still, Linda Glein said, the cumulative losses are taking a toll.

“With every passing week, it gets just a little bit scarier as to how this will all end,” she said.

Economists and investment experts said real estate investment played an important role in any diversified portfolio. It “generates higher cash flow than the stock market, behaves differently than other asset classes of stocks and bonds, and is one of the few areas of investing that are highly tax efficient for the individual investor,” said Douglas Abbey, a lecturer on real estate at the Stanford Graduate School of Business.

Abbey, who has decades of experience as a real estate investor, said his first rule was to buy property with a “forever time horizon” that will endure because of its location. “Like a good bottle of cabernet, you want real estate to get better in 20 years rather than turn to vinegar,” he added.

Another means of investing is through real estate investment trusts — companies that hold, manage or finance income-producing real estate — by purchasing shares on a stock exchange, in a mutual fund or in an exchange-traded fund. Equity REITs dominate this market. Some focus on apartments, office buildings, industrial warehouses and shopping centers.

Equity REITs typically generate returns that are “higher than bonds and lower than the stock market,” Abbey said. Total returns in the five- to 40-year horizon range from 5.2% to 11.5%. Through May, equity REITs were down 15.3% this year, while the S&P 500 was down 5%. But dividend yields were 4.2% — more than twice the yield on the S&P 500, according to Nareit, a trade group for publicly traded REITs.

While REITs have been promoted as a tool to reduce volatility in a diversified portfolio, some investment analysts remain cautious because the asset class is sensitive to interest rate changes.

Abbey described equity REITs as “boring, plodding vehicles” overall, which can be good for a retiree because of the combination of “a dividend to pay the bills and long-term appreciation.”

Beyond real estate, one asset class that has captivated investors for centuries is gold. Investors buy coins or bars, stocks of mining companies, or ETFs that invest in the shares of such companies or physical gold.

“Gold prices have increased in the last few weeks, and they have helped stabilize portfolios,” said Michele Gambera, co-head of strategic allocation with UBS Asset Management. But sometimes gold prices fluctuate even when there’s no change in market sentiment, so it’s not fail-safe.

Still, gold’s performance since late February has been similar to “a high-quality bond portfolio,” said Ben Johnson, director of global ETF research for Morningstar. “Gold is playing its traditional role as a safe haven in the midst of recent market melee.”

The Gleins of Gig Harbor said they felt confident that their diverse investments and cash holdings would see them through the downturn even though some of their commercial tenants might not survive.

The couple’s next move will be reopening the bowling centers in Tacoma. But first they must ensure that their staff and customers feel safe enough to go back.

Despite the risks, Linda Glein said, her engagement with their businesses and the community surrounding these enterprises is like a “chess game” that makes her feel “much more alive and involved than many of my other retired friends.”