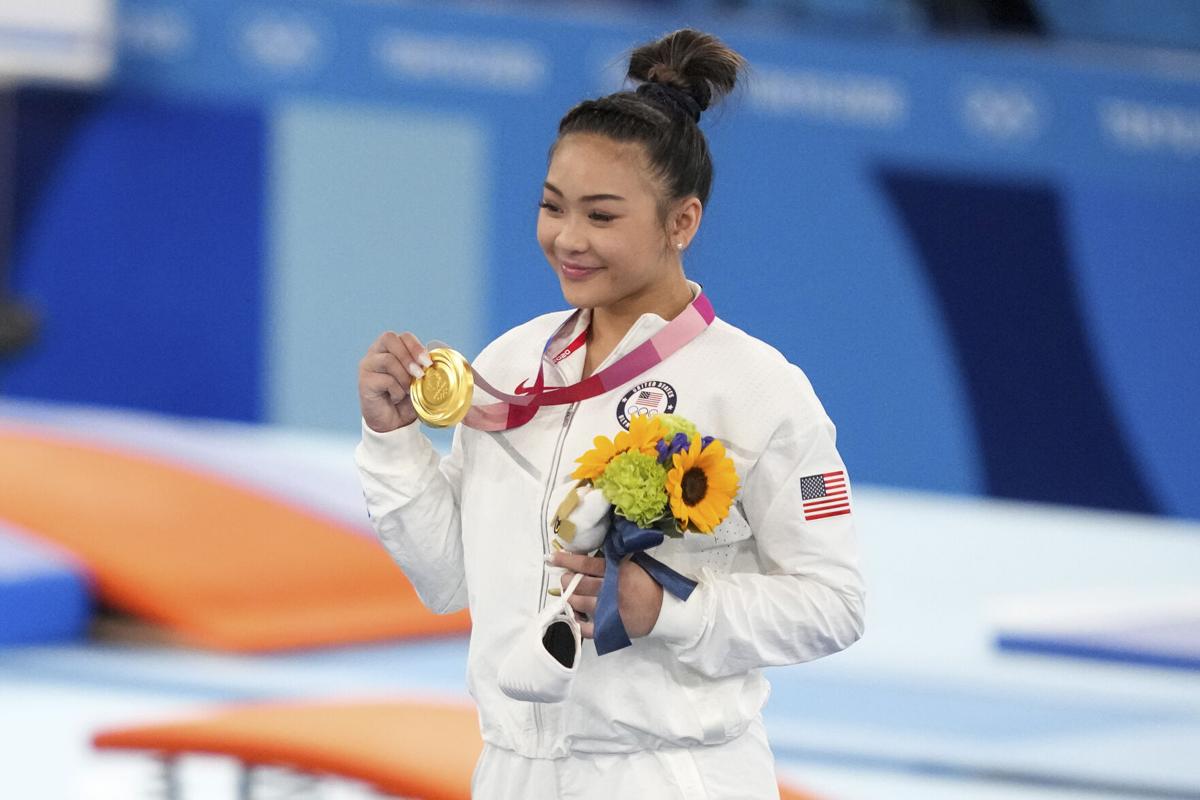 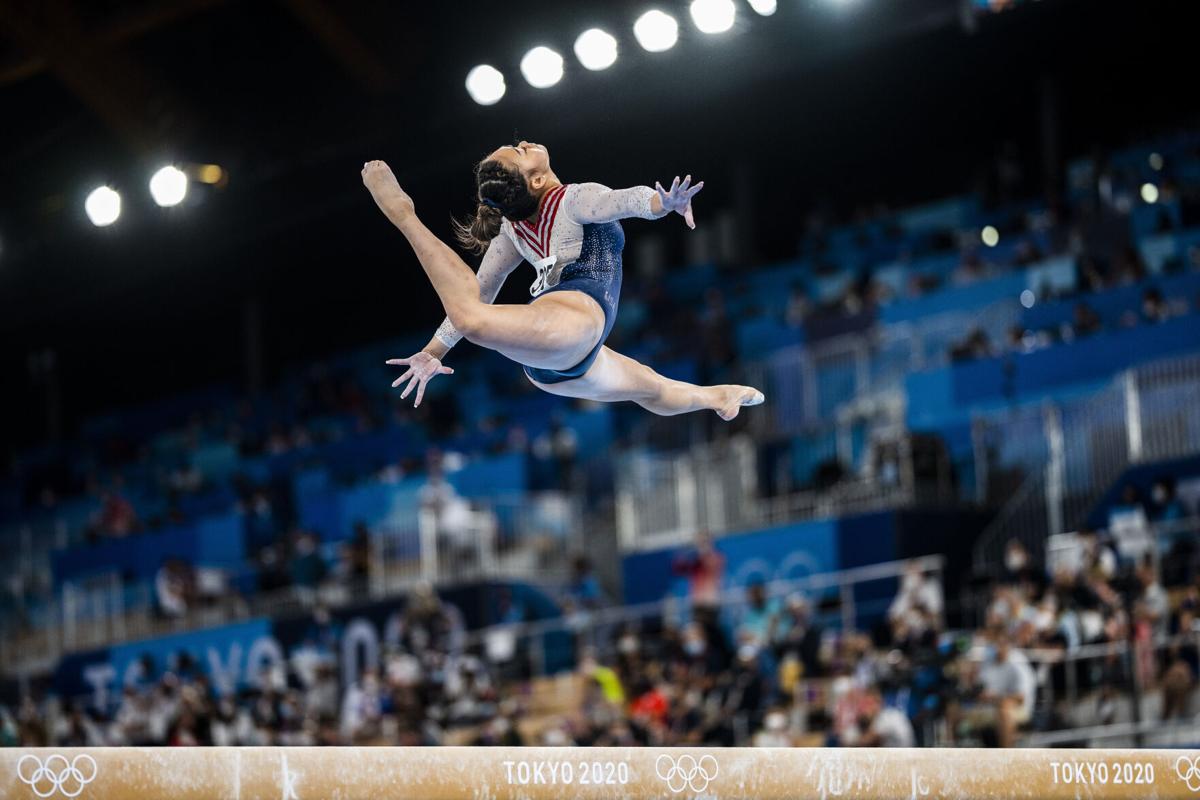 Lee during her beam routine in the individual all-around competition.

Lee during her beam routine in the individual all-around competition.

Sunisa Lee took home three Olympic medals — gold, silver and bronze — and, in the process, went from being little known outside the gymnastics world to a breakout star.

When she arrives at Auburn University in a few weeks, she’ll be among the first Olympians in college to be able to profit off her name and likeness since the National Collegiate Athletic Association decided in June to allow college athletes to earn money while maintaining their amateur status.

For someone of her caliber, the payout could be substantial. Lesser-known Olympians are also likely to benefit financially, as well as hundreds of collegiate athletes in football and basketball, the two big revenue-generating sports.

But the NCAA ruling means student-athletes will have a new issue to consider. In addition to playing their sport, getting an education and representing their university, many are going to want to carve out time to present their best selves — and profit from it.

Navigating a new world of enticing financial prospects is never easy for anyone. But financial advisers and agents for athletes said they were concerned that endorsement companies would take advantage of student-athletes, who have limited life experience and financial expertise.

“Michael Phelps has always benefited from name, image and likeness,” said Steve Trax, head of the sports and entertainment group at the financial adviser MAI Capital, referring to the swimmer who won 28 Olympic medals. “What’s changed is social media. It’s broadened the opportunity for not just your premium athletes but also Olympic athletes and athletes in more niche sports.”

Members of an elite college program, like the University of Florida’s softball team, may not have national name recognition or professional prospects, he said, but they still have earning potential.

“That’s where the NCAA ruling can be really helpful and advantageous at spreading the wealth among other college athletes,” he added. “What I hope is not the case is that the almighty dollar drives the day.”

The conversation needs to begin with these student-athletes and their parents understanding their obligations under an endorsement contract.

“These are uncharted waters, and these athletes need to have someone to educate them on what they’re agreeing to,” said Michael Liersch, head of advice and planning for Wells Fargo’s wealth and investment management division. “It’s more concrete if it’s a traditional merchandise deal. But if it’s agreeing to allow your name and likeness in sponsored social media or videos on YouTube and Twitter, it gets more complicated.”

Liersch said he also worried that the headline-grabbing contracts that a few athletes were likely to strike could influence younger players in a bad way.

“There’s going to be one person who locks in some amazing deal, and that’s going to set the narrative,” he said. “Kids are going to want to be that emerging athlete. That might not be the right focal point, given the alternative of focusing on education or a career that has more longevity.”

Trax said he was helping a family friend who plays basketball in the Big East Conference negotiate several endorsement contracts.

“I’ve reviewed three contracts and made aggressive changes to each one, around basic contractual language but also the payment terms and the athlete’s obligations,” he said. “It’s an exciting, attractive area, but the potential client base is ripe for being taken advantage of.”

The financial advisers also said they were concerned that universities would simply strike blanket marketing agreements on behalf of their athletes. While the students would get a share of the revenue, most of the money would go to the universities.

Others asked whether universities might need to step in to ensure that just a few athletes didn’t take all the endorsement dollars.

“The majority of athletes who aren’t playing football or men’s basketball aren’t going to see their lives changed,” said E.J. Kahn, an adviser with Wells Fargo Advisors. “The solution is something like Title IX, a mandated solution to help even the playing field between men and women. Without the NCAA inserting itself into this, there will be drastic inequality.”

Ronnie Brown, a financial adviser in Atlanta who played football for Auburn and was drafted in 2005 by the Miami Dolphins, saw benefits from the NCAA program for both college players like him and ones who would not play professionally.

“Once you go to college, you’re one step away from being a young adult, where you’re expected to earn your own way,” Brown said. “This forces you to be a lot more responsible.”

The earning power of some female athletes in college may actually be higher as amateurs.

“Women athletes, when they turn professional, earn a lot less than men, but in college they have huge followings,” said Sharon Klein, president of family wealth at Wilmington Trust. “It could really help women.”

Then there are the sports that have niche followings. Their athletes can profit from local opportunities, or they can attract sponsors from companies that cater to enthusiasts of the sports, like archery or fencing.

Several advisers recommended that college athletes have a broader plan than agreeing to one-off deals.

“They need to ask, ‘How is this going to fit into my overall plan?’” Klein said. “That positions these athletes in a much better way for success. It’s all about that financial literacy.”

And that’s something all student-athletes can benefit from, regardless of what they do after college.