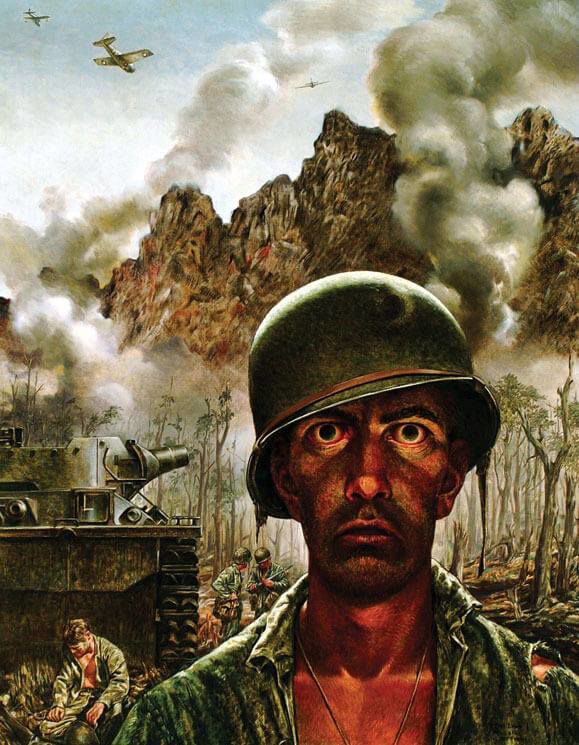 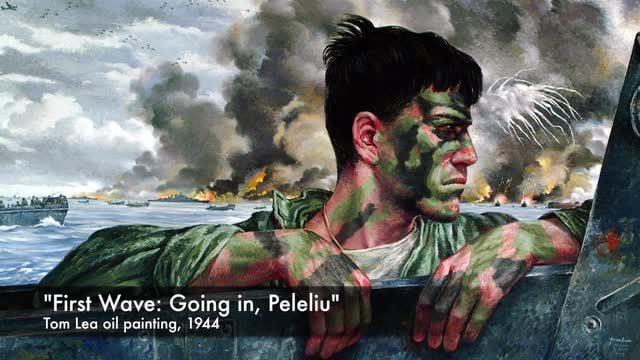 This 1944 Tom Lea painting titled 'The 2,000 Yard Stare' depicts a nameless Marine at the Battle of Peleliu. 'Two-thirds of his company has been killed or wounded. He will return to attack this morning. How much can a human being endure?' Lea wrote in his notes on the image. Above: Tom Lea's 'First Wave: Going In, Peleliu' oil painting, 1944. 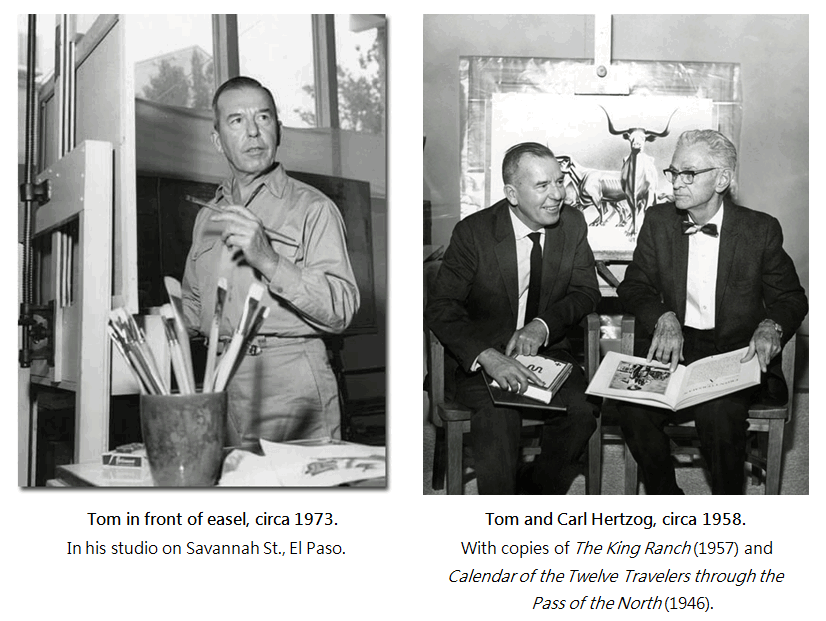 This 1944 Tom Lea painting titled 'The 2,000 Yard Stare' depicts a nameless Marine at the Battle of Peleliu. 'Two-thirds of his company has been killed or wounded. He will return to attack this morning. How much can a human being endure?' Lea wrote in his notes on the image. Above: Tom Lea's 'First Wave: Going In, Peleliu' oil painting, 1944.

Thomas Calloway Lea III – the renown muralist, illustrator, novelist and historian – was also a highly regarded war correspondent whose paintings of World War II were worth more than a million words.

Yes, a million. Because a thousand words would not be enough to describe the raw emotions depicted in the artist’s work.

Born in El Paso in 1907, Tom Lea, as he is known, was an artist correspondent for Life magazine during World War II. He traveled more than 100,000 miles to record the waging war and those caught in and around the battlefields.

After living an accomplished life, Lea died on Jan. 29, 2001, in his beloved hometown.

But his work and legacy live on stronger than ever. The Tom Lea Institute, a nonprofit founded by El Paso First Lady Adair Margo in 2009, pays tribute to Lea by documenting, presenting, teaching about and exhibiting his work.

This year, Tom Lea Month in October will not only celebrate the artist, but will also commemorate the 75th Anniversary of the Landing in Peleliu during WWII – a historic and bloody battle that began in September 1944 and was famously depicted through Lea’s art.

"Tom Lea said at the end of his life that his experience as an accredited artist for Life magazine was the most significant thing he did with his life," Margo said. "He said that never had he tried so hard to be a voice for others."

Among the numerous events – including exhibits, films, art talks, musical performances and more – is a special exhibit at the El Paso Museum of Art, “Tom Lea and World War II” showing through Jan. 5, 2020. The exhibit is the first in Lea’s hometown devoted to his WWII paintings and drawings owned by the U.S. Center of Military History at Fort Belvoir, Virginia.

"This year’s scheduled events will allow people to experience that art in the context of WWII," Margo said, "bringing to light other El Pasoans who served like Company E and Mexican nationals, and El Pasoans who suffered the Holocaust."

For a full schedule of events, visit the Tom Lea Institute at tomlea.com.