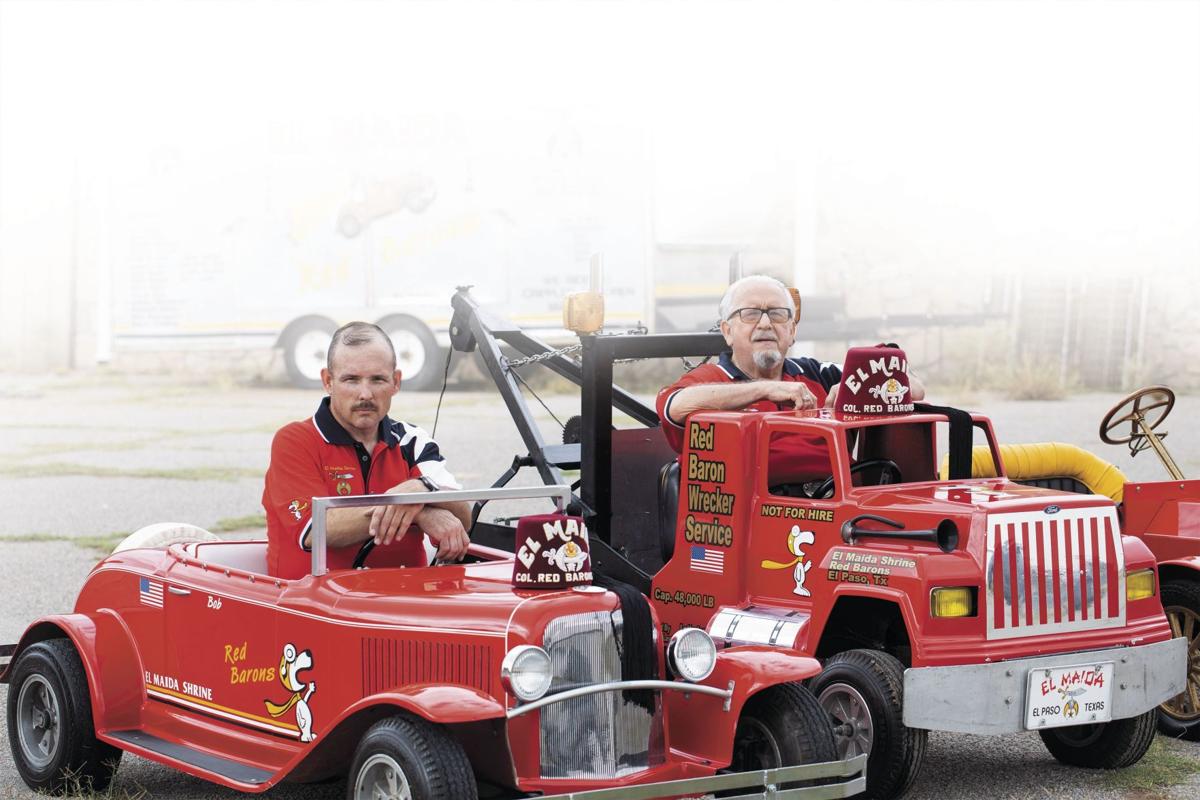 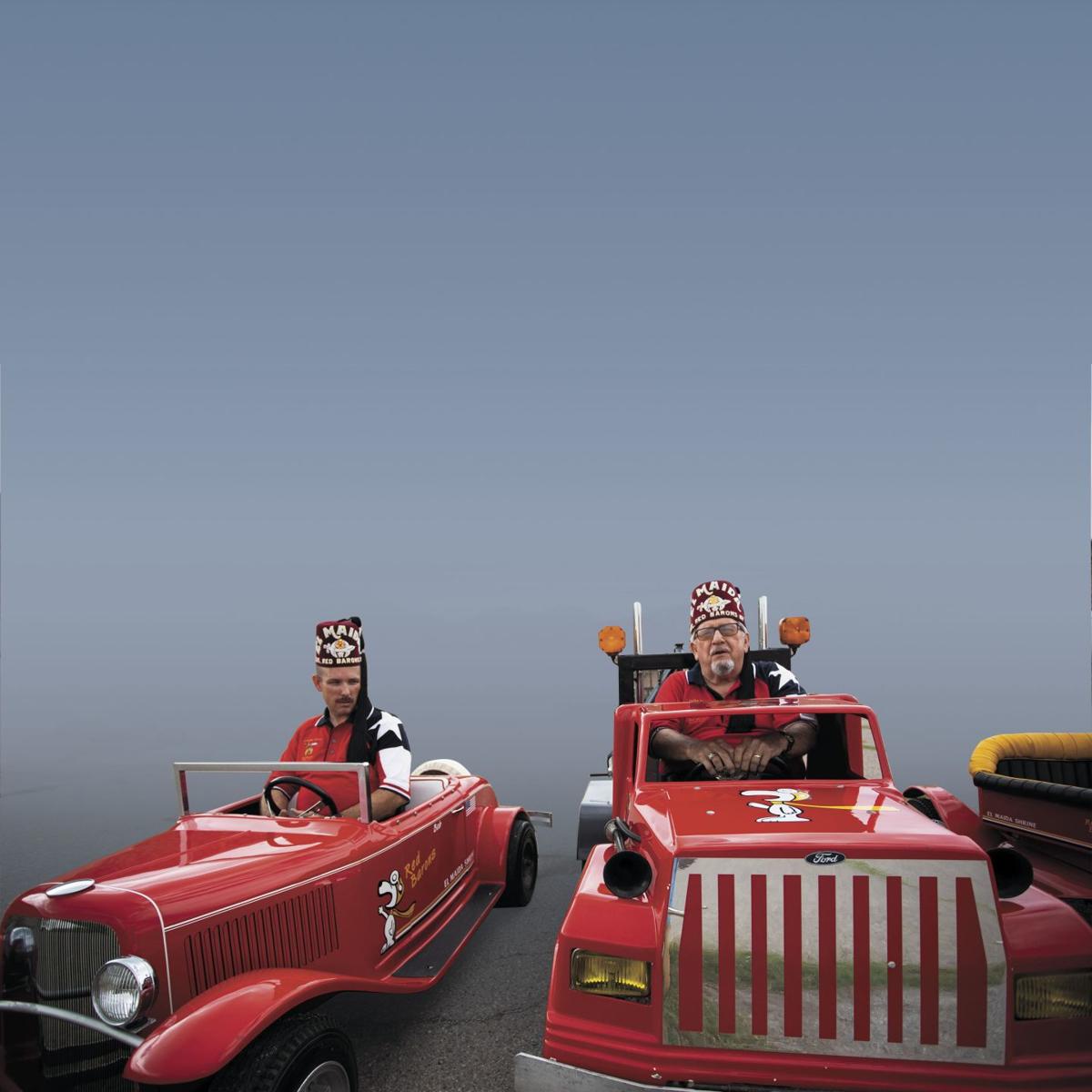 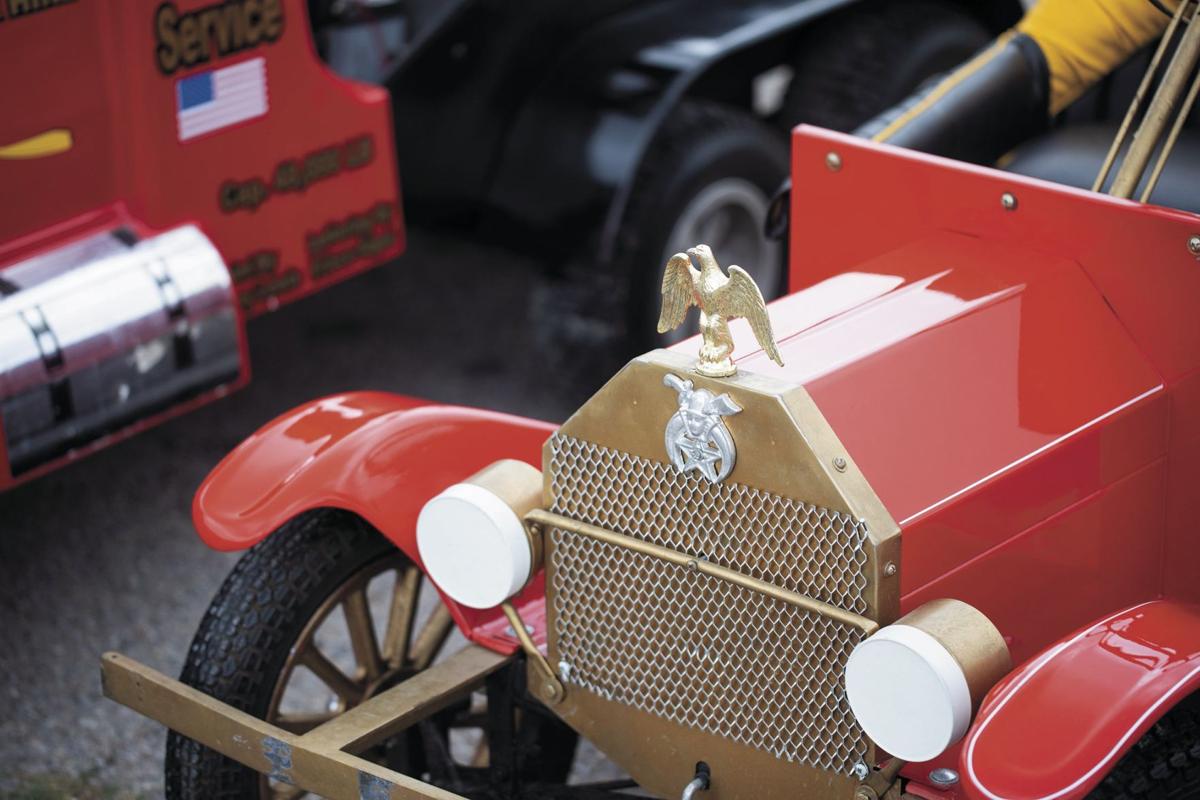 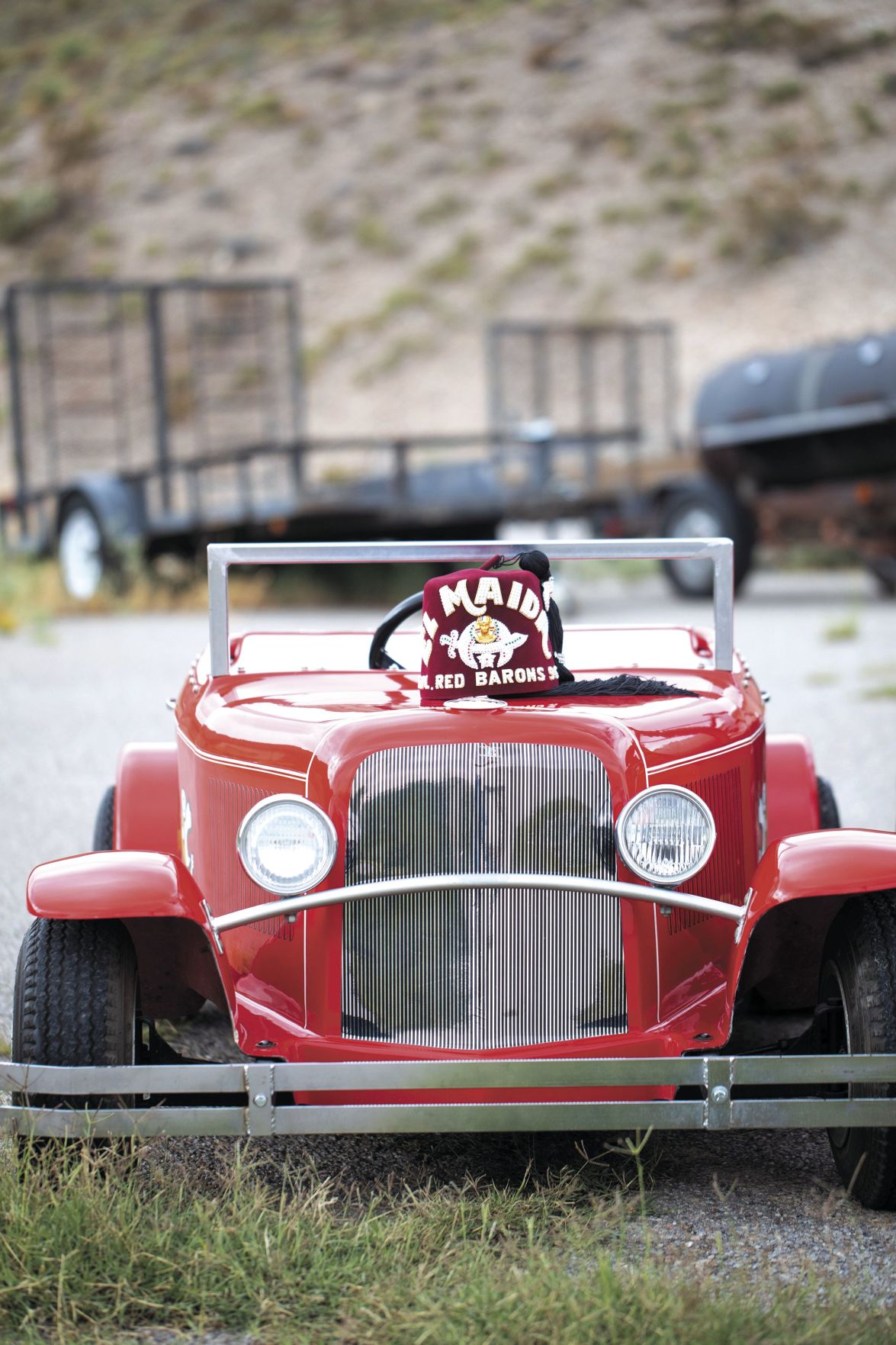 Despite testosteroned temptation, just remember that these vehicles are not the bumper cars of your youth.

Even though El Maida Shriners who drive the service club’s little cars likely still have lotsa little kid in them, they drive defensively.

Terry Koch knows this: He calls himself the “last of the Red Barons,” the group of Shriners who’ve driven the miniature cars in countless parades and at other public events since the fez-wearing vehicularists’ early-1980s founding.

HOW FAST CAN THEY GO?

I’ve souped ‘em up, and gotten them up to 60 mph, preferably in places where there are no policemen. We’ve done speed tests in Ruidoso, and one radar sign clocked us at 58 mph – downhill.

NO SPEEDING TICKETS, THEN?

I’ve come close to getting one in a parade or two, and I got chewed out by a cop at one parade.

HOW BUSY ARE THE RED BARONS?

We try to do lots of parades. We can do 10-12 miles in an 8-mile parade, with figure 8s, corkscrews and other drills.

TOUGHEST THING ABOUT DRIVING ONE IN A PARADE?

You need good depth perception and the ability to judge the other guy’s speed for crossovers and figure 8s.

They’re tougher to get out of; entering’s easy – you put in one foot and then slide in.

Tell us about it for a chane to be featured in El Paso Inc. Magazine. Email us at epincmag@elpasoinc.com.