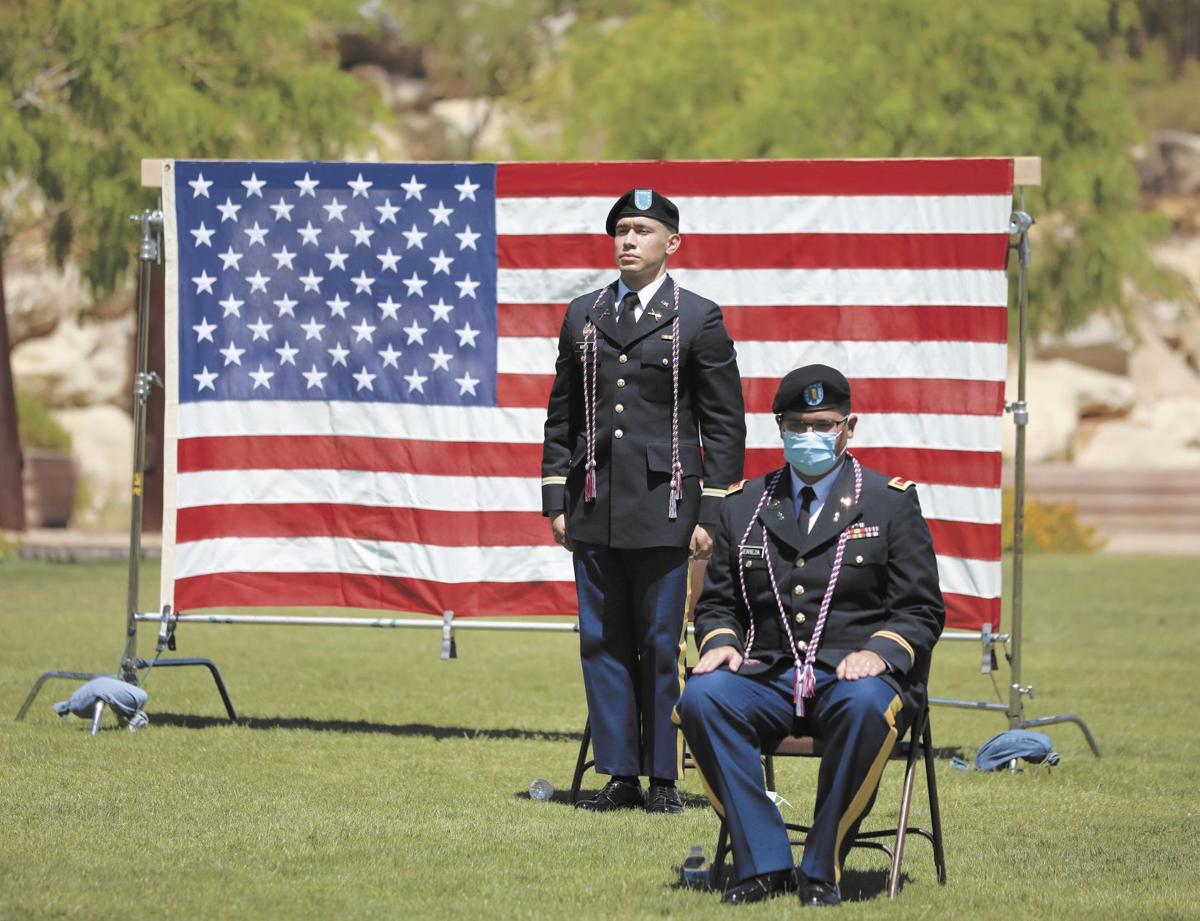 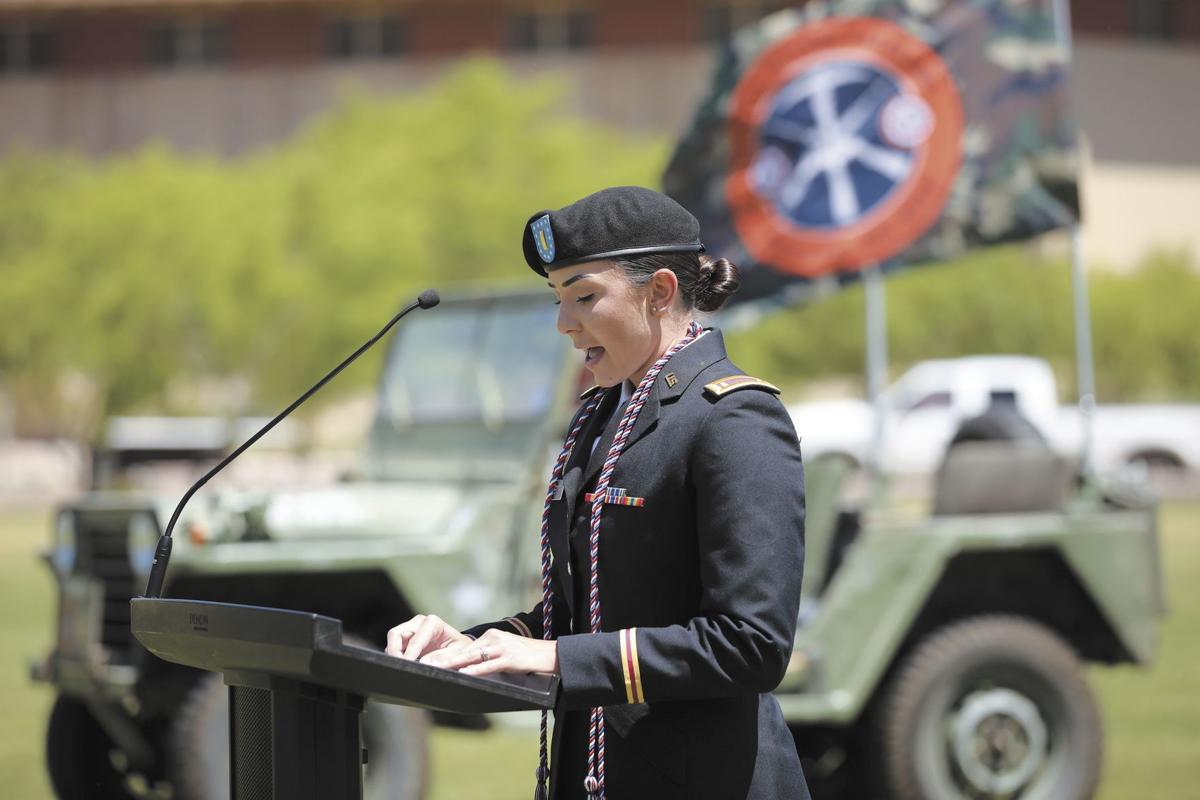 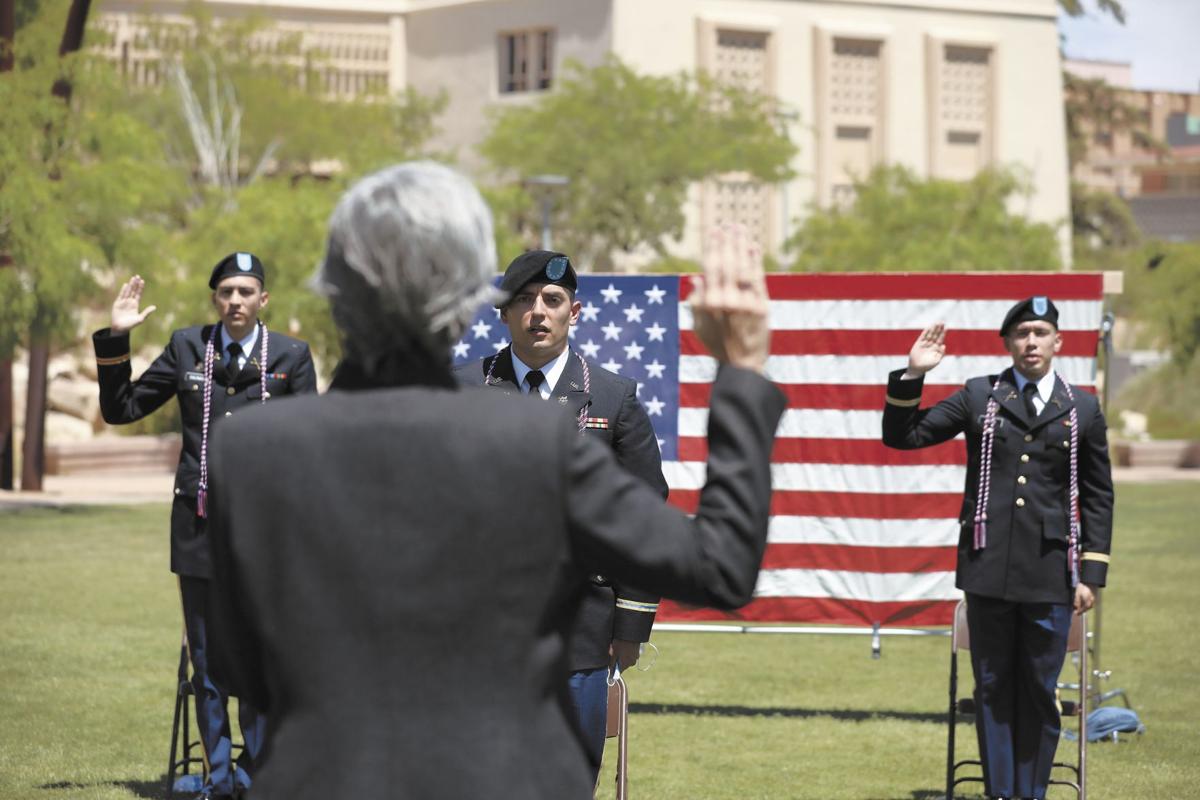 Nine UTEP ROTC cadets became commissioned officers in the U.S. Army during a May 15 ceremony at Centennial Plaza.

UTEP President Heather Wilson, a 1982 graduate of the U.S. Air Force Academy and 24th Secretary of the Air Force, presided over the swearing-in oath.

“Each of you here today has not only met the scholarly requirements of your degrees, you have chosen to be part of that small group of Americans who protect the rest of us in a very unpredictable world,” Wilson said.

The ceremony included the pinning of gold lieutenant’s shoulder boards and the traditional first salute, where the new officers present a silver dollar to the first enlisted soldier who salutes them.

UTEP’s Military Science Program was established in 1948 and has since produced more than 1,900 officers, officials said in a news release.