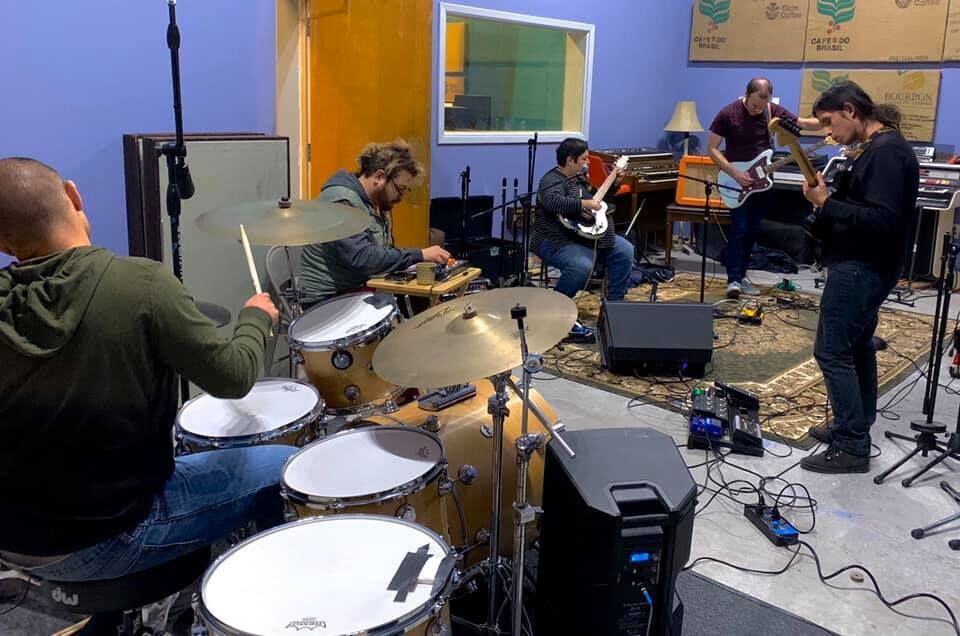 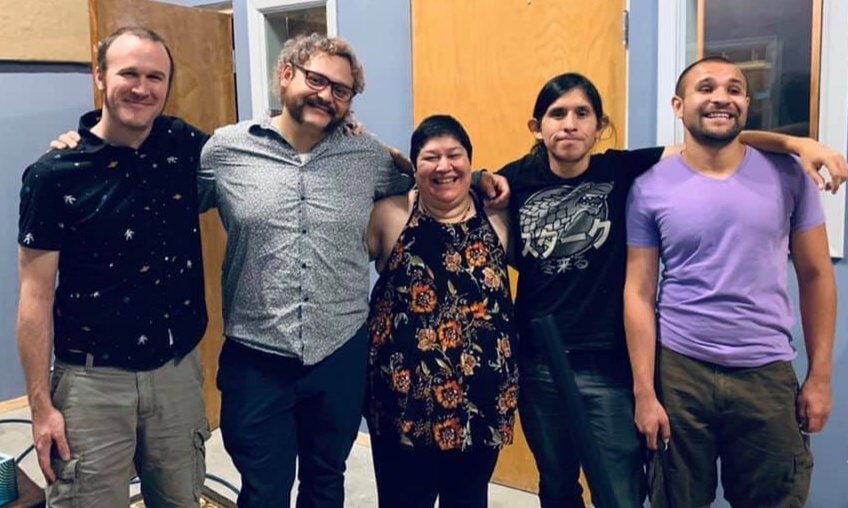 Like many music artists who’ve had time to focus on studio work during the pandemic, members of the shoegaze band EEP spent their time creating and releasing new music.

Rosie Varela, who sings, plays guitar and other instruments in the band, first approached recording studio owner Ross Ingram in January 2019 about lending his guitar, vocal and other skills to recording a song she wrote called “Hogar,” or home.

She also brought in Lawrence Brown III on drums, Serge Carrasco on guitar and vocals and Sebastian Estrada on guitar, vocals, bass and synth.

The recording went so well it spawned the group that is bound by more than their love of music: Brown is blind and Varela is losing her sight and has limited mobility.

Those challenges aside, soon the band was working on more of its dreamy, cinematic pop for its new eight song album, “Death of a Very Good Machine.” The album was released on streaming services in July.

El Paso Inc. talked to Varela and Ingram about staying creative during the lockdown.

Q: How has the pandemic changed your plans for releasing music and performing?

In early 2020, we were already scheduled to finish production on our debut album by early March with our bandmate Ross Ingram, who is also our engineer and producer. We finished all our in-studio mixing a week before El Paso locked down.

Our plans for CD and vinyl production did have to be pushed out to June, and the vinyl version of the album has been delayed to early November by the pressing plant due to COVID.

Q: Is there a concept behind the album?

Most of the songs were written in 2019 and were about some events that were happening or had happened in El Paso, and some were happy accidents.

The title track, “Death of a Very Good Machine,” which had to do with a piece of recording equipment dying and recording and using the sounds it made as it was burning out. We used that sound as the basis for that song.

We had some songs deal with the undocumented immigrant experience (“Canal”), the pain of living in a city experiencing the aftermath of a mass shooting (“Can’t Keep Hurting”) and a joyful love song in Spanish (“Hogar”).

The album is a mixed bag of feelings, moods, sonic textures and themes.

Q: What are your plans for the rest of the year?

We’ve begun tracking on these new songs at our bandmates Ross and Sebastian’s studio, Brainville. We’re sanitizing, only recording one band member at a time, masking and using strict social distancing practices for these sessions

Q: What effect is the pandemic having on you as independent artists?

We’ve had to adapt by building our audience and form relationships with our fans on our social media primarily. Because we’re a five-piece band, and a couple of us are at higher risk, so we’ve decided to not schedule rehearsal or live streams at this time.

Financially, our primary revenue is coming from Bandcamp sales and a little from merch sales and streaming, so we’ve put more attention on our social media strategy and marketing this record.

It has certainly changed the landscape for independent musicians.  It’s hard watching the bottom fall out of your industry and see your friends lose their livelihood.

Q: How can fans support you and other artists they love right now?

Honestly, speaking as a musician, please, buy our music! Buy a band’s latest release or entire discography. Buy vinyl! Buy a band’s merch and t-shirt offerings! Bandcamp has been a lifeline.

Post about them on social media. Do what you can to help get other people excited about their music, too.

Follow them on your favorite digital platform, stream their music, save it to your library and put them on your playlists.