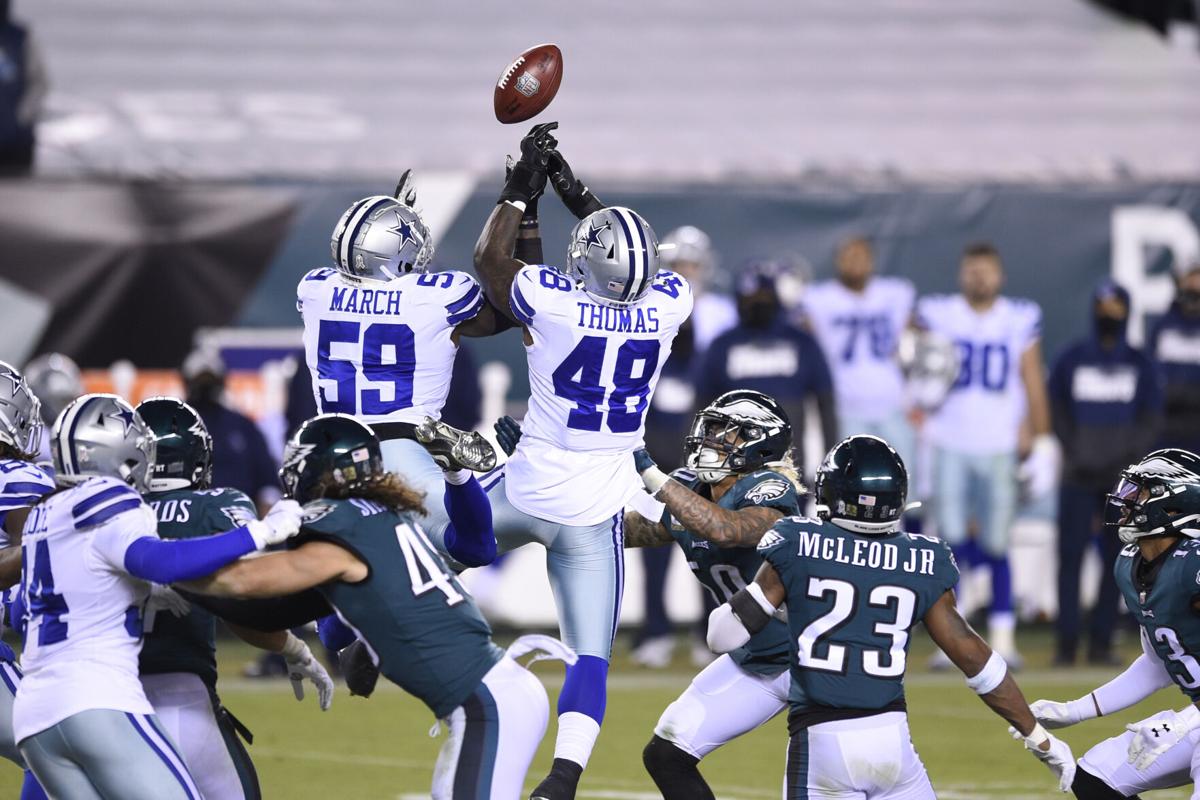 Dallas Cowboys’ Justin March (59) and Joe Thomas (48) leap to try and catch a kick during the game against the Philadelphia Eagles Nov. 1. 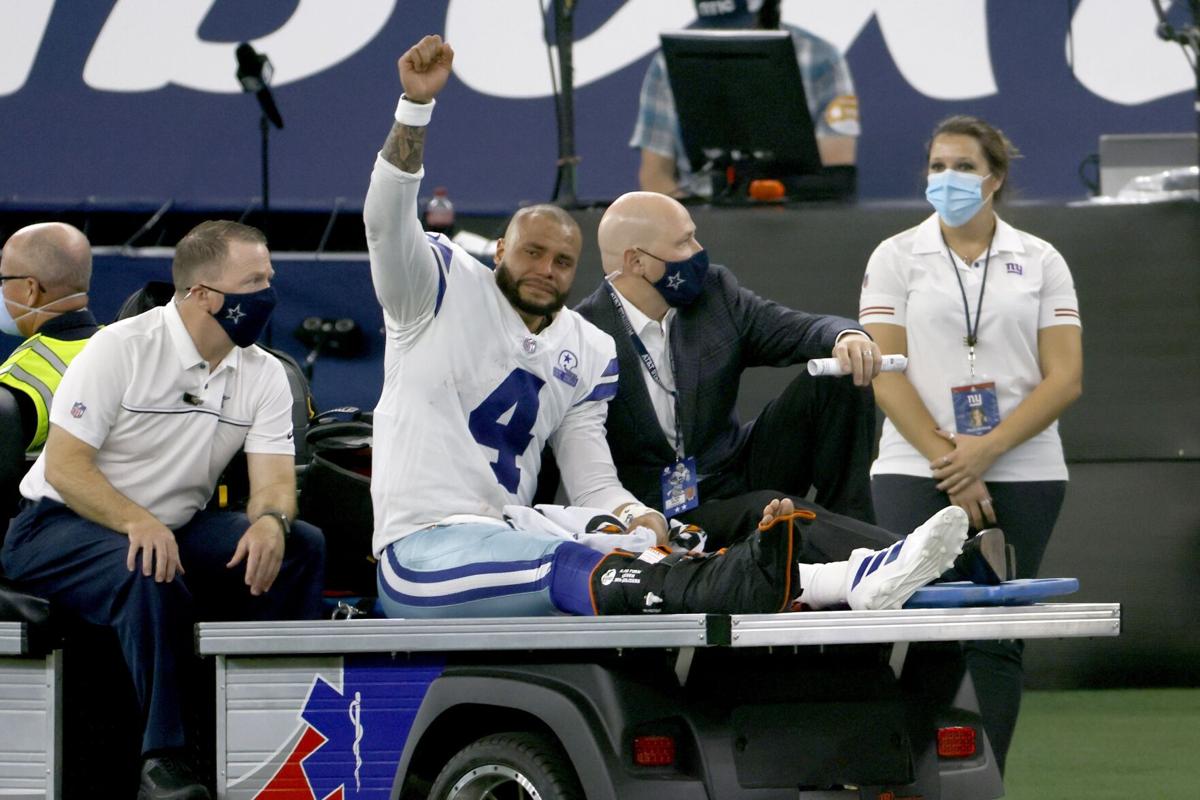 Dallas Cowboys quarterback Dak Prescott responds to fans as he is carted off the field after suffering a leg injury Oct. 11.

Dallas Cowboys’ Justin March (59) and Joe Thomas (48) leap to try and catch a kick during the game against the Philadelphia Eagles Nov. 1.

Dallas Cowboys quarterback Dak Prescott responds to fans as he is carted off the field after suffering a leg injury Oct. 11.

The Dallas Cowboys began the 2020 season with promise, excitement and optimism.

Team owner Jerry Jones declared it love at first sight when he hired Mike McCarthy to succeed Jason Garrett as head coach. After all, McCarthy had nine trips to the playoffs and won a Super Bowl in his 13 seasons leading the Green Bay Packers.

Despite not locking up star quarterback Dak Prescott to an extension, the 27-year-old was coming off another terrific statistical season and was ready to take the next step with America’s Team. Fast-forward eight weeks and the season is now filled with injuries, hopelessness and anger.

Even before Prescott sustained a compound fracture and dislocation of his right ankle against the New York Giants, the team had won just once in four games.

Prescott was putting up the best numbers of his career and seemed poised to guide Dallas out of its early season slide. Veteran backup quarterback Andy Dalton rallied the team to a win over the Giants, but sadly, that was the last highlight of an otherwise awful first half of the season.

The Cowboys lost their last three games, and Dalton has not returned to action since he suffered a concussion against Washington. The former Bengals signal caller was put on the COVID/Restricted list and appears to be a few weeks from returning to the field. Instead, the team has turned to rookie seventh-round pick Ben DiNucci, along with vets like Garrett Gilbert and Cooper Rush to patch up the quarterback position.

As bad as the injury to Prescott has been, the Cowboys offense has many more problems than their starting QB.

The offensive line has been a mess all season, especially with season ending injuries to both La’el Collins and Tyrone Smith. Star running back Ezekiel Elliott is 8th in the NFL in rushing, but he is averaging just 3.9 yards per carry and he also leads the league with four fumbles. Amari Cooper and rookie Cee Dee Lamb have both been solid receivers all season, but now the problem is they do not have a quarterback to throw the football to them.

Defensively, the Cowboys are a total mess.

The team ranks 24th overall in total defense, but it’s giving up 33 points and a whopping 171 yards per game rushing. Those two stats are both the worst in the NFL through eight games this season.  What is baffling is that most of the personnel are the same players who were so good last season for Dallas. The Cowboys have not been able to grasp the scheme of new Defensive Coordinator Mike Nolan, the former 49ers head coach who spent the last three seasons as linebackers coach for the New Orleans Saints.

As bad as it has been for the Cowboys, the team is only one win behind the NFC East Division-leading Philadelphia Eagles.

If the Cowboys are going to turn the season around, they will have to do it with a tough schedule of remaining games. Dallas hosts the unbeaten Pittsburgh Steelers this weekend, and then return from the bye week with three of four games on the road, including a trip to Baltimore to face Lamar Jackson and the Ravens.

They still play each of their division rivals once more, and the NFC East is so bad this season that the winner could be a 6-win football team.

However, without Prescott, 2020 will remain a disaster for Cowboys fans and Mike McCarthy could end up having a very short stay in Big D.