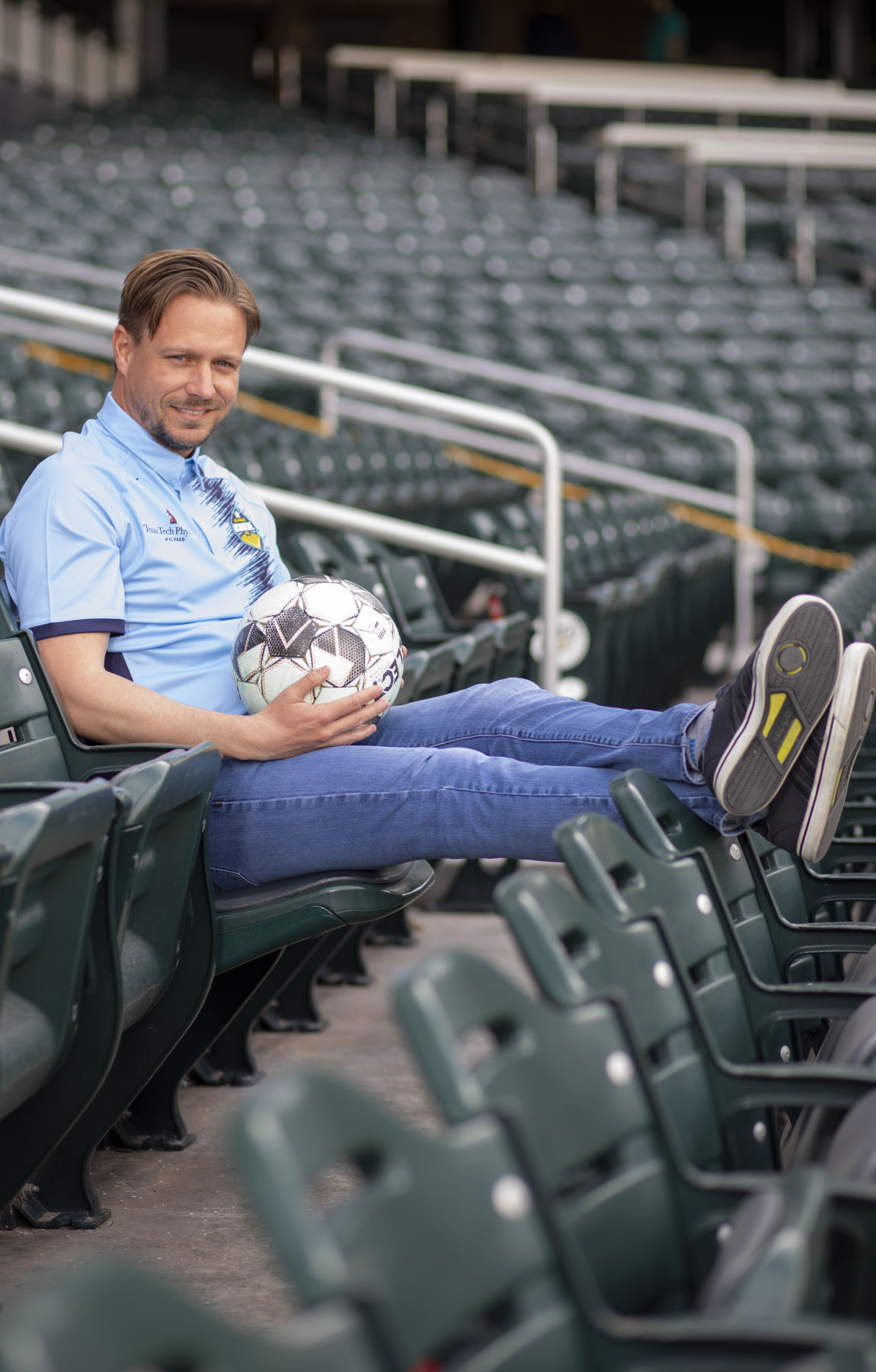 El Paso Locomotive FC head coach Mark Lowry has been named USL’s Coach of the Month for July as the team has the best overall record in the league at the season’s midpoint. 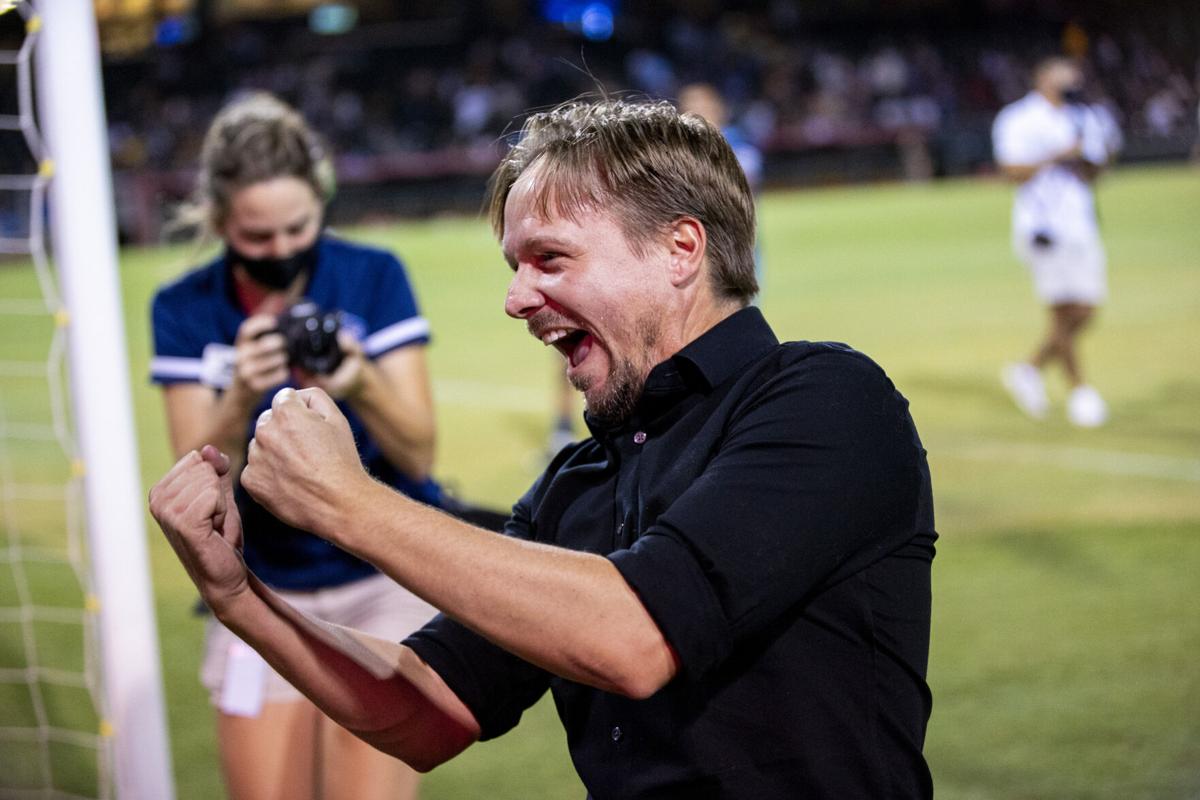 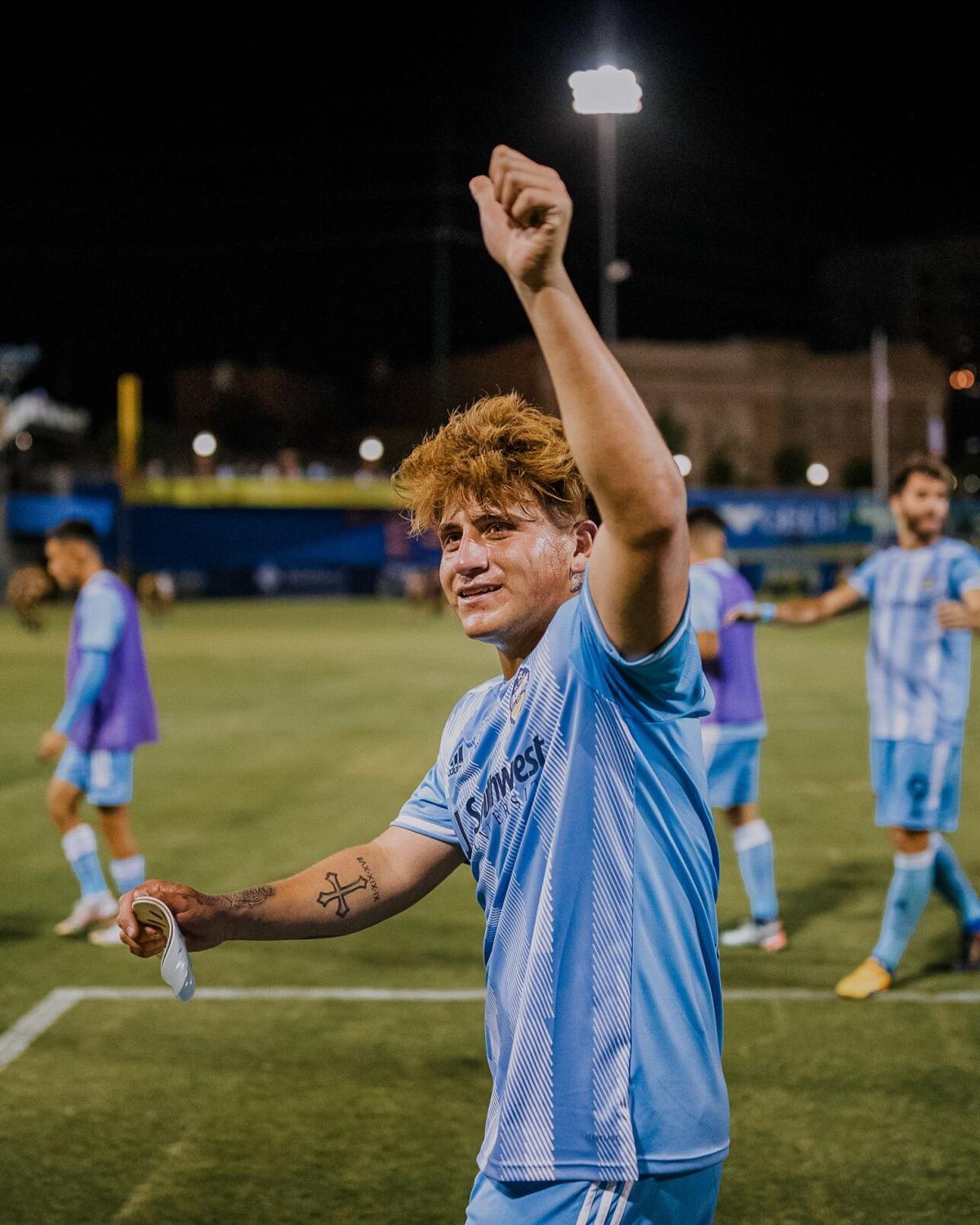 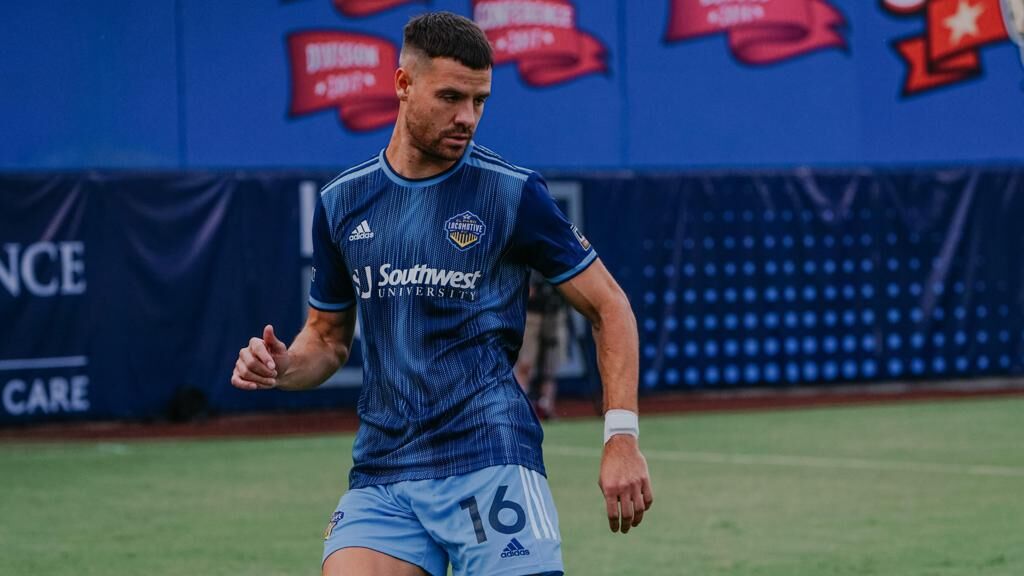 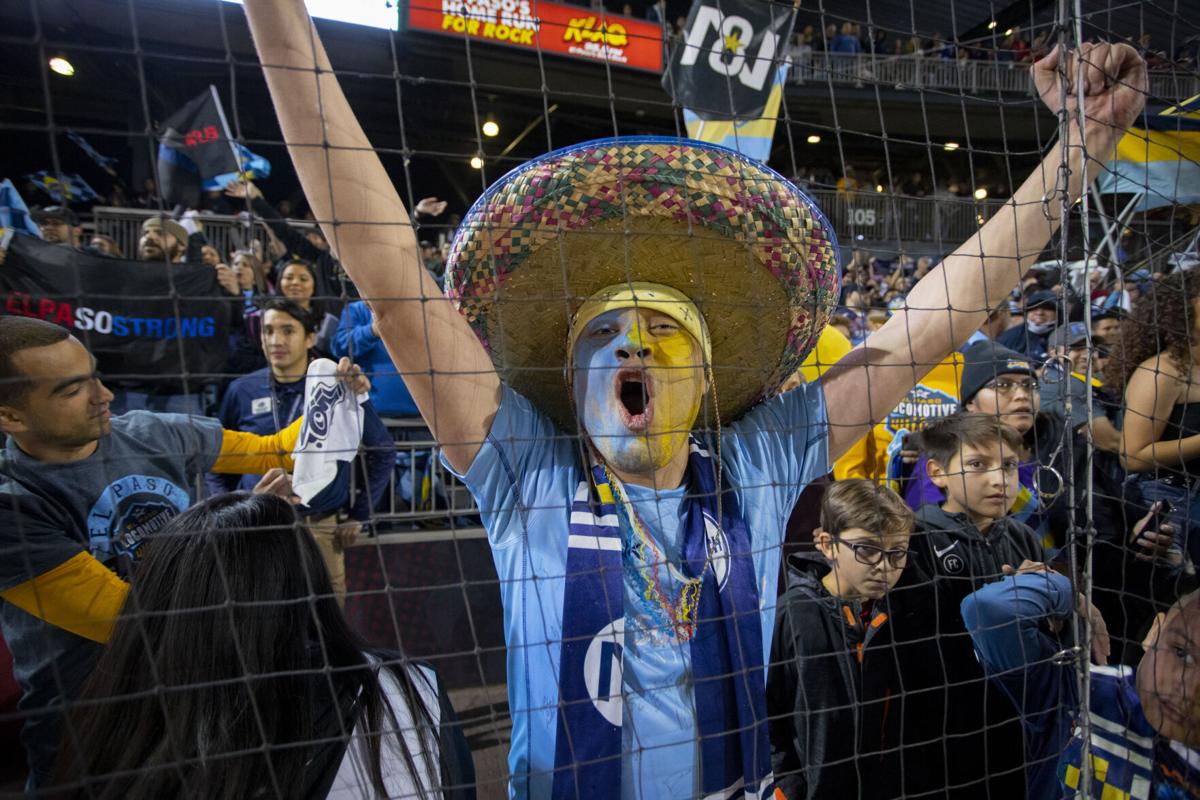 Loyal Locomotive fans go all out for the home team. 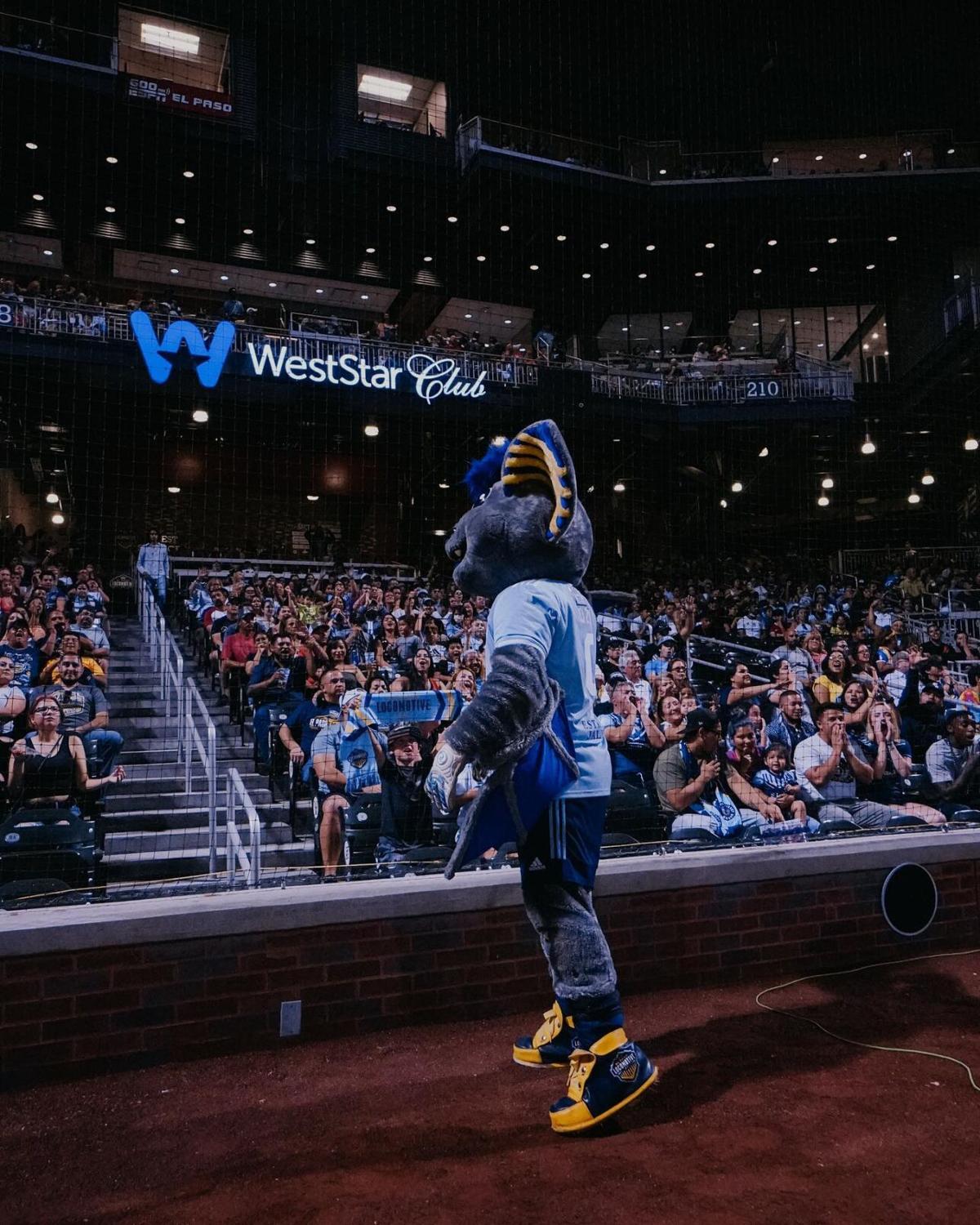 Ozzy the mascot works to get the fans cheering. 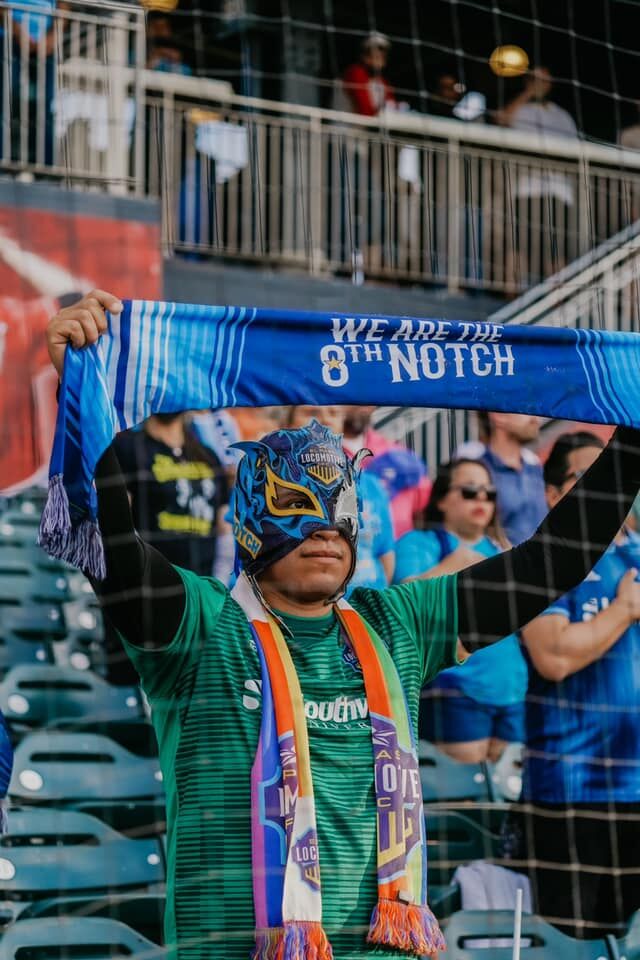 Members of the 8th Notch fan club in high gear.

El Paso Locomotive FC head coach Mark Lowry has been named USL’s Coach of the Month for July as the team has the best overall record in the league at the season’s midpoint.

Loyal Locomotive fans go all out for the home team.

Ozzy the mascot works to get the fans cheering.

Members of the 8th Notch fan club in high gear.

What an incredible summer stretch it has been for El Paso Locomotive FC.

Now in its third year, the soccer club has won 11 of its first 16 matches – with 16 games left in the season. Notably, the Locos won seven out of its last eight matches, including the last four in a row.

That gives the Boys in Blue the best overall record in the league and puts them at the top seed in the USL Championship Mountain Division with just one loss and four draws and 37 points this season.

“It feels good to be at the top at the halfway point. We obviously want to be at the top and stay there,” said head coach and technical director Mark Lowry, who was named USL Championship’s Coach of the Month for July.

“We want to get the top of the Mountain Division and the overall standings. The hard part is staying there though,” Lowry said. “Two and half years of preparation, of work on the field every single day, sticking to the process, believing in what we do. Now we have to stay there but I think we have a squad of players that are resilient.”

The team returns to El Paso for a match against the Rio Grance Valley FC Toros on Saturday, Aug. 21, with hopes of continuing its winning streak – and the goal of earning the championship title it has been so close to reaching the past two seasons.

How have the Locomotive been so successful this season?

First, the club has kept its nucleus together since its inception in 2019 when MountainStar Sports – which also owns the El Paso Chihuahuas – introduced it to the borderland.

Lowry has built his club maintaining that his veterans will get better each season as they grasp his style of play.

That has proven true this season, as El Paso’s defense is among the best in the league. The team leads all of USL with eight clean sheets, or shutouts.

At the same time, the Locomotive’s offense has picked up the pace in a big way during the last five weeks.

During its recent stretch in July and August, the team has scored 16 goals, including five in the last two matches.

That offensive surge again holds true with something Lowry has preached from day one.

He has always built his team from the defense out, and maintained that offensive development takes the longest during a regular season.

This has been a constant for Locomotive FC, but this season, Lowry has more strikers and finishers than ever before.

Diego Luna, 17, is a star in the making, and the midfielder always seems to be around the ball whenever the team scores a goal. Luna is second on the club with five goals this season and is tied for the lead with three assists. He is also leading the team with 19 chances created in 16 matches.

Simply put, Luna knows what to do with the ball when he has possession, and his youthful energy has been contagious with the rest of the team.

The other big offensive addition has been Luis “Lucho” Solignac, who got off to a slow start with Locomotive FC before he started finding his groove. He leads the club with six goals, is tied for the team lead with three assists, and he is second to Aaron Gomez with 24 shots.

Solignac came to El Paso this offseason from the San Antonio FC. The 29-year-old is known for his goal scoring abilities, and has sparked the club during their rise to the top of the Mountain Division standings.

Midfielder Sebastian Velasquez, who was a fan favorite in season one, was re-signed to the club last month and he has also provided a nice veteran presence on the club.

Jose Aguinaga joined the club this season from Phoenix Rising, and he also has a pair of goals for the club.

The Locomotive are exactly where they want to be in the USL standings and the club has never looked better on the pitch.

Cheer on the Locos from home at the official #PubClub Watch Party at The Union Draft House this Saturday, August 14! Specials include $3 Estrella Jalisco, $4 Ciders, and $4 Sours 🍻 #VamosLocos #VamosElPaso pic.twitter.com/pNKTsncTnc