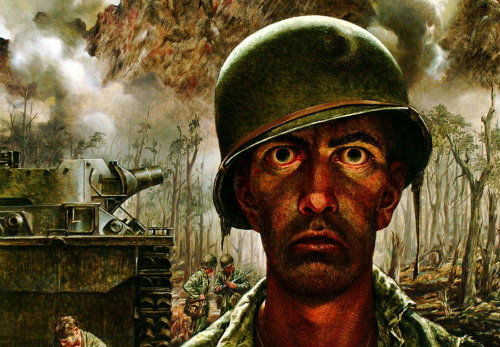 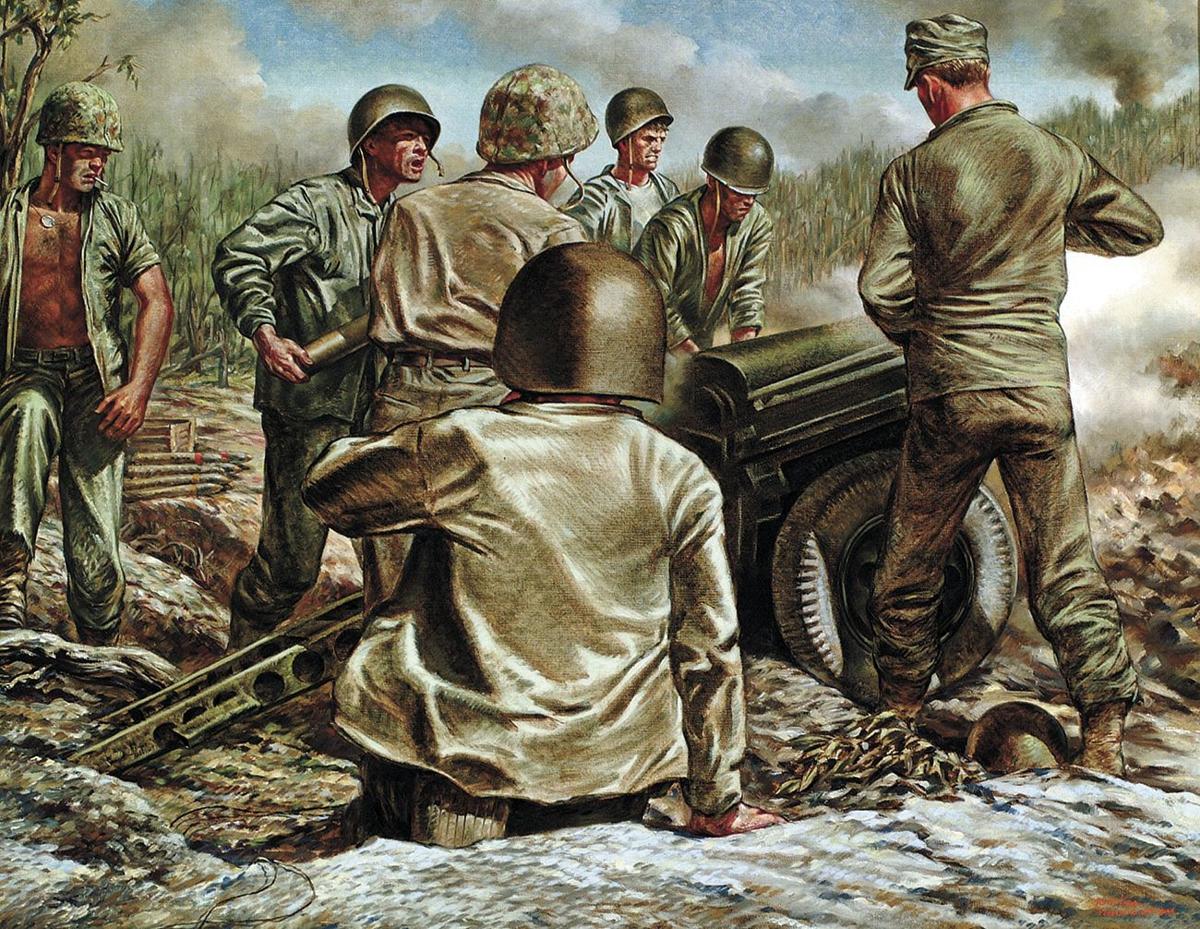 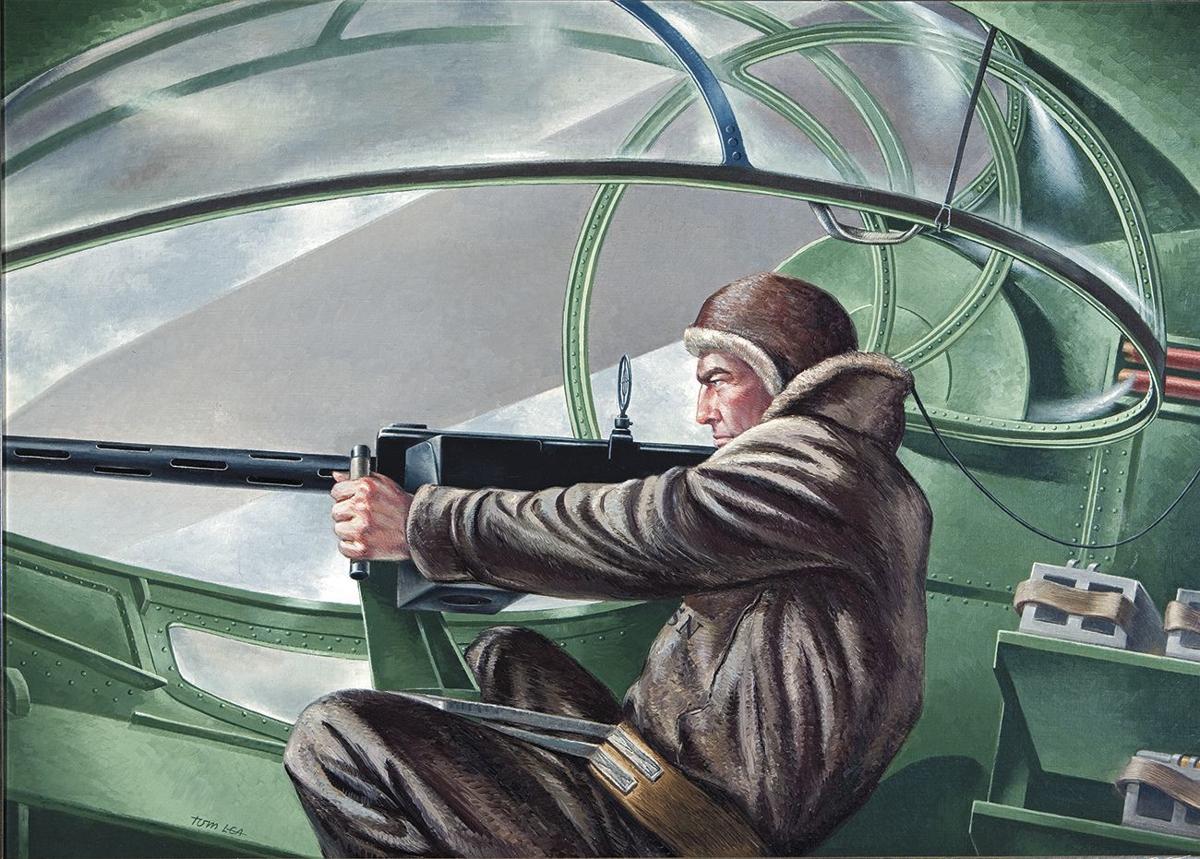 ‘Gunner in the Blister’ 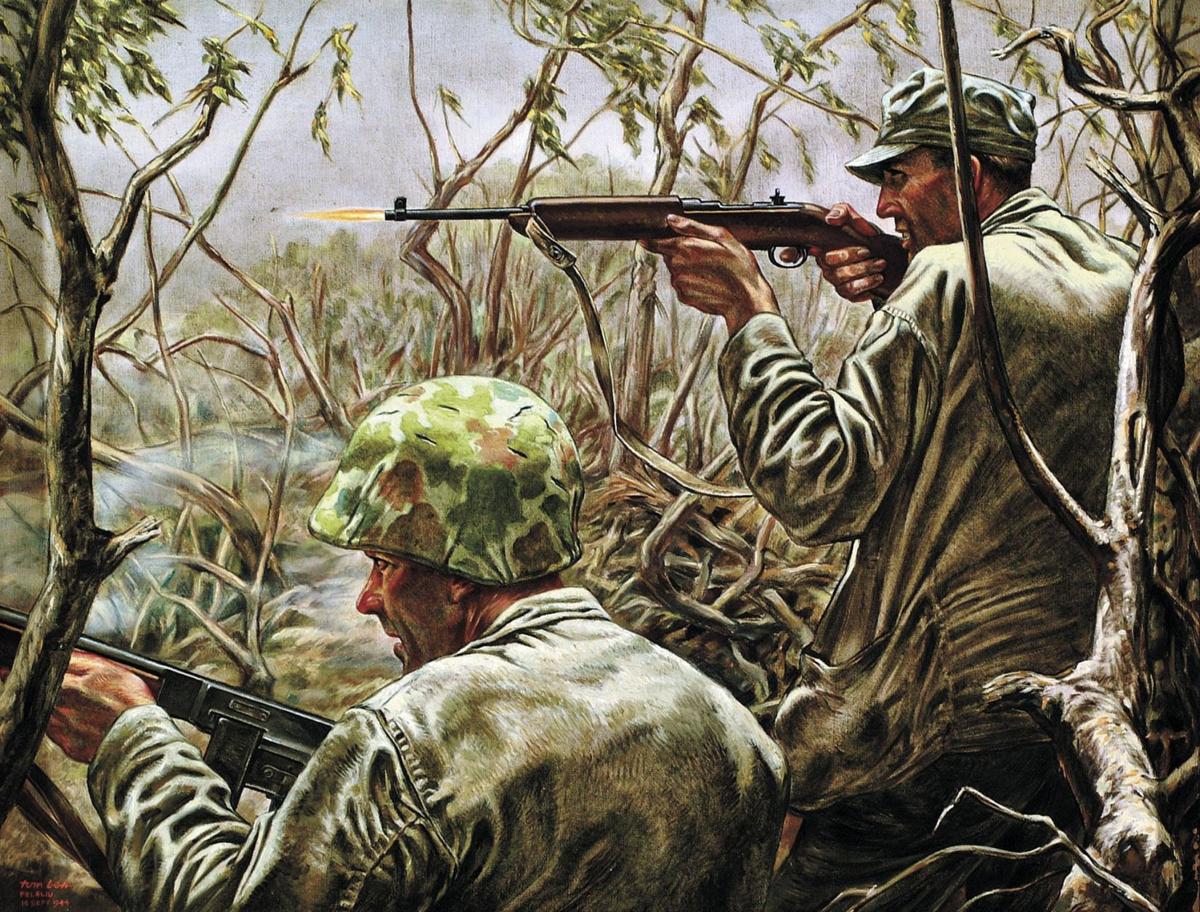 ‘Gunner in the Blister’

Tom Lea Month may have been commemorated in October, but a special exhibit of his work as a war correspondent during World War II runs through early next year.

“Tom Lea and World War II” at the El Paso Museum of Art is on display through Jan. 5, 2020. The exhibit is the first in Lea’s hometown devoted to his WWII paintings and drawings owned by the U.S. Center of Military History at Fort Belvoir, Virginia.

The renowned El Paso artist was also a highly regarded war correspondent for Life magazine during WWII, “becoming the only artist to provide American audiences with vividly painted accounts from the war’s frontlines,” according to the museum website.

This year’s Tom Lea Month commemorated the 75th Anniversary of the Landing in Peleliu – a historic and bloody battle that began in September 1944 and was famously depicted through Lea’s art.

In the exhibit, the Battle of Peleliu paintings are presented alongside more than 20 other war illustrations by Lea, as well as mural studies and ink-wash illustrations from the El Paso Museum of Art’s significant collection of the artist’s work.