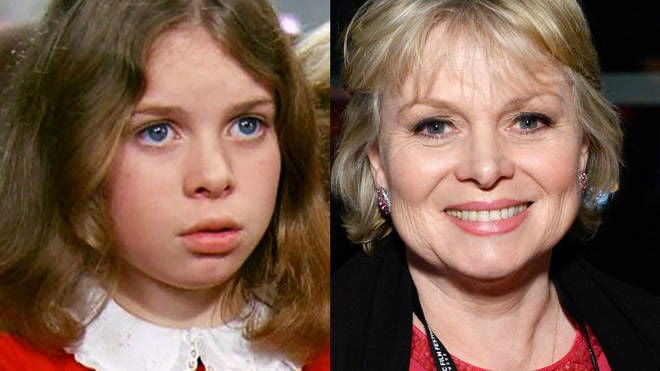 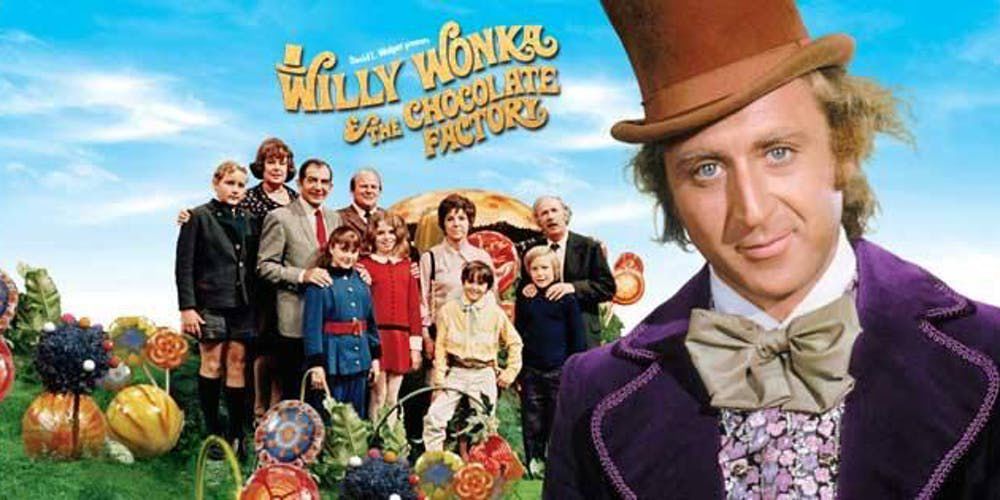 The 1971 musical fantasy, ‘Charlie and the Chocolate Factory,’ featured iconic actor Gene Wilder, who died in 2016, and Paris Themmen and Julie Dawn Cole, who played Mike TeeVee and Veruca Salt.

The 1971 musical fantasy, ‘Charlie and the Chocolate Factory,’ featured iconic actor Gene Wilder, who died in 2016, and Paris Themmen and Julie Dawn Cole, who played Mike TeeVee and Veruca Salt.

Where can you lick an orange on a piece of wallpaper, and have it taste like an orange? Raspberry? What about the snozzberries?

Only in a ‘world of pure imagination’ – or at Alamo Drafthouse Cinema’s Ultimate Willy Wonka Party on Saturday, Sept. 21. The event will feature a live appearance by Paris Themmen and Julie Dawn Cole, who played Mike TeeVee and Veruca Salt, respectively, in the classic 1971 musical fantasy based on the book “Charlie and the Chocolate Factory.”

Your “golden ticket” to the movie party includes a karaoke contest, a special edition poster signed by the two actors, bubbles, candy and that famous sniff-able wallpaper (they’re still working on the lick-able variety).

Audience members will also have the chance to ask Themmen how moviemakers shrunk him to TV size and ask Cole where the Bad Egg chute landed her.

Cole resides in the United Kingdom and is retired from acting, but regularly travels to the U.S. to take part in Q&As and autograph signings for Wonka-lovers. Her memoir of life on the “Wonka” set, “I Want It Now,” is available through Amazon.

Here’s five questions with  Cole ahead of the movie party:

Q: What is your favorite memory of making “Willy Wonka and the Chocolate Factory?”

Favorite memory? Difficult to answer as there were so many, but the friendships would be up there. Also, my 13th birthday. Filming the goose room took place over my 13th birthday – that was quite something. They sang happy birthday and then threw me down the chute!

Q: How were you cast in the role of Veruca Salt?

I was at theater school and it was just a routine cattle call. Then I got recalled and things got a bit more serious. I hadn’t read the book, and the night before the final recall, I went with the school bus driver to collect a copy from the local bookstore and read it overnight. I was so excited and that was when I remember thinking, “I really want to be in this movie, just so I get to see the Chocolate Room.” I mean, who wouldn’t?

The Q&A’s are always great fun, and we love it when we get a question no one has ever asked before. Like “Where did the elevator come down?” or “Why was Veruca so mean?” and sometimes from the little ones, “Why is your hair a different color now?”

Q: What was it like working with the legendary Gene Wilder?

Gene was a dream, kind and funny – and you won’t hear any of us say a bad word about him. I learned this year from Rusty Goffe, who played one of the Oompa Loompa, that Gene was concerned about my well-being.

I was at Rusty’s wedding in April and he told me that Gene was very alarmed to discover, after a few weeks into production, that I was the only kid not to have a family member with me, due to licensing laws and my mum had a job and my sister at home, so she couldn’t be with me to chaperone.

Gene, on discovering this, had a conversation with the ‘boys’ – Roy, Rusty and the rest – that they needed to look out for me and make sure I was okay. A measure of his thoughtfulness and concern for others.

Q: What was your life like after the movie came out?

Well, we are still in the after and it continues. A lot of fun things have happened. I have travelled to do shows in Australia and around the world, filmed on safari in South Africa, met amazing people and had a lot of fun. Earlier this year, Paris, Pete and I went to Boston for the launch of a Wonka pinball machine. Who the heck gets their own face on a pinball? And, yes, I did buy one! It’s being shipped to me as we speak!

‘Willy Wonka and the Chocolate Factory,’ with live Q&A