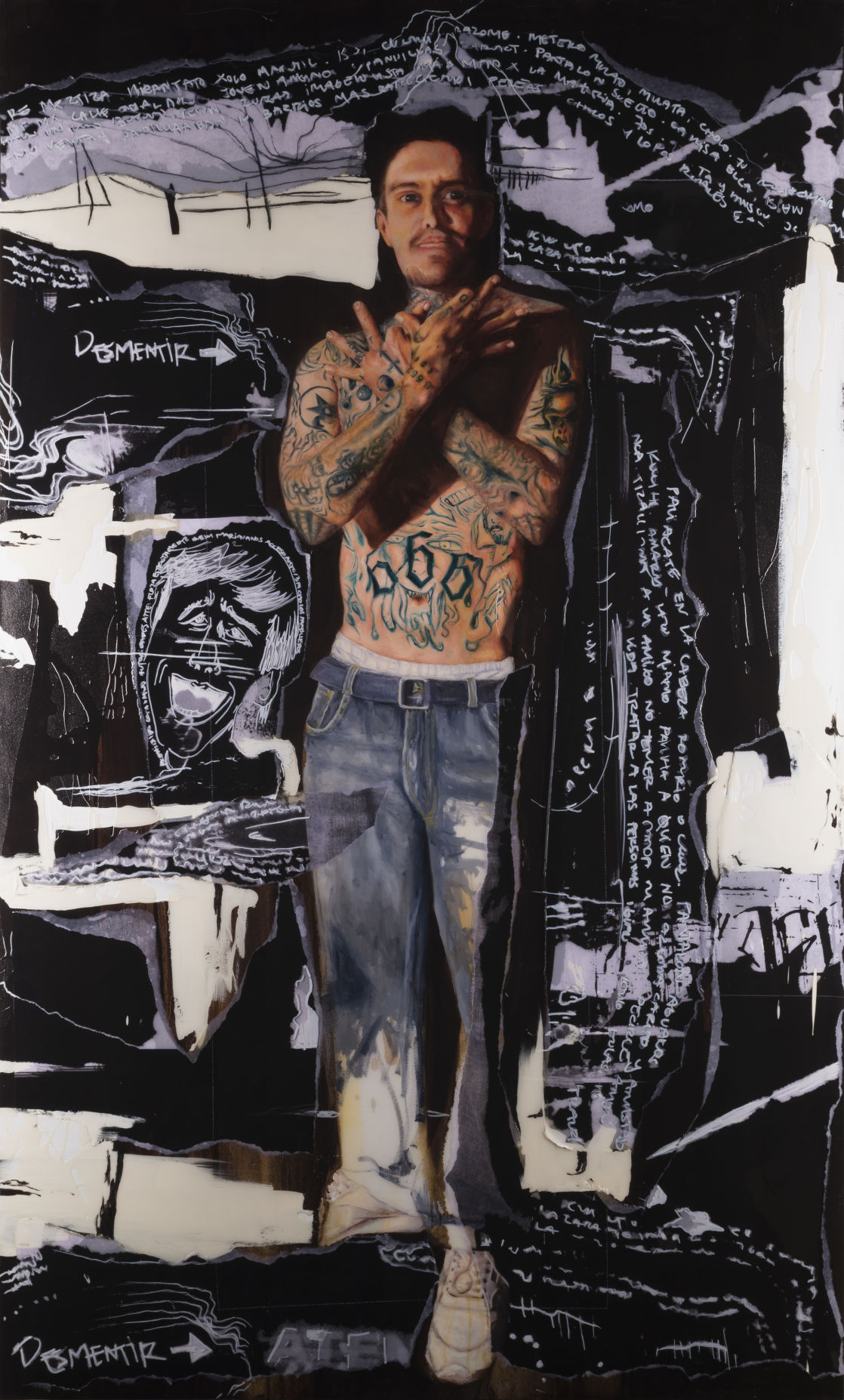 ‘Cholo at the Border: Works of Paola Rascón,’ including this piece called ‘Alejandro,’ are on display at the El Paso Museum of Art through October. 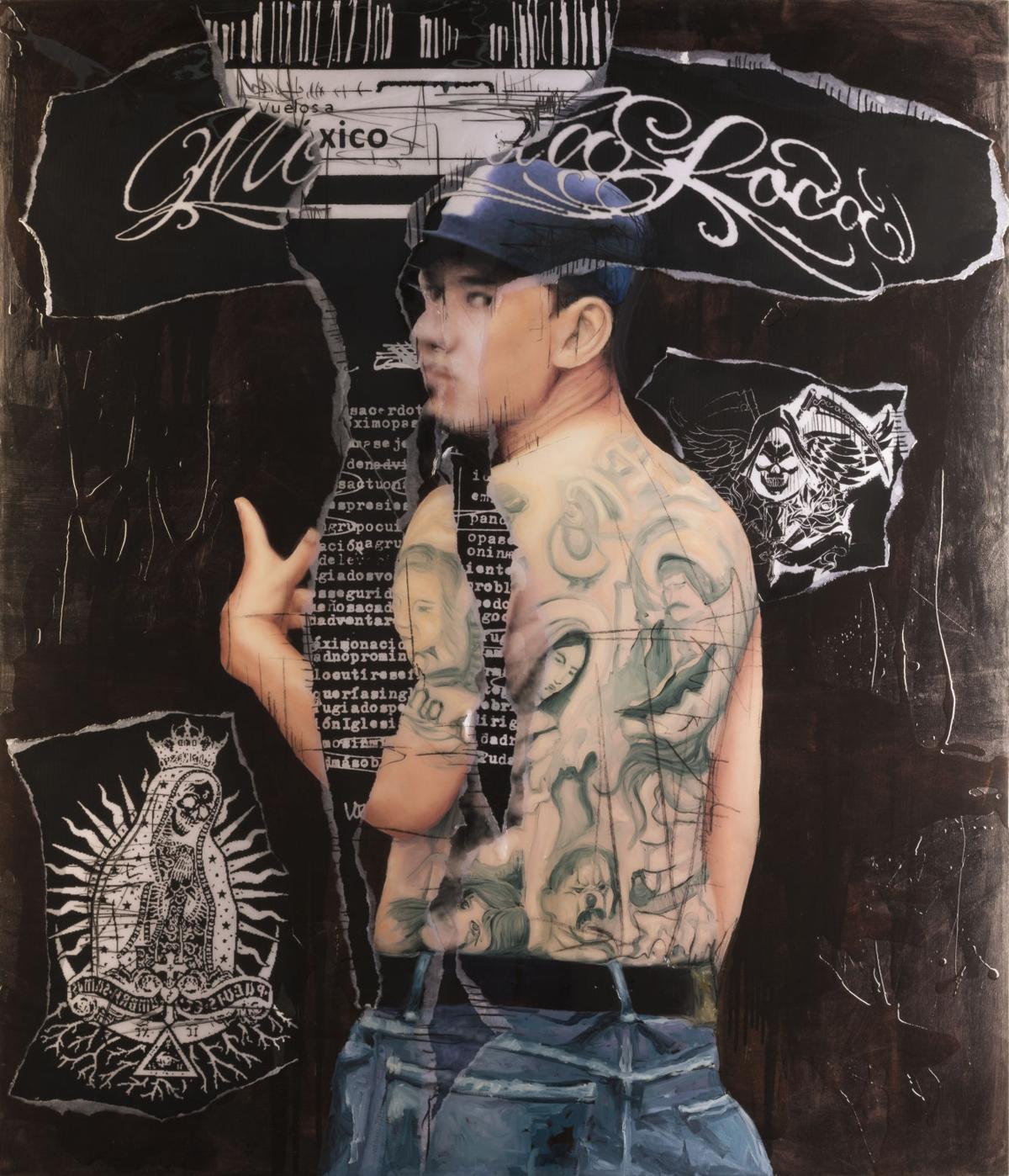 This oil painting by artist Paola Rascón, ‘Marca MX,’ is part of the exhibit ‘Cholo at the Border.’ 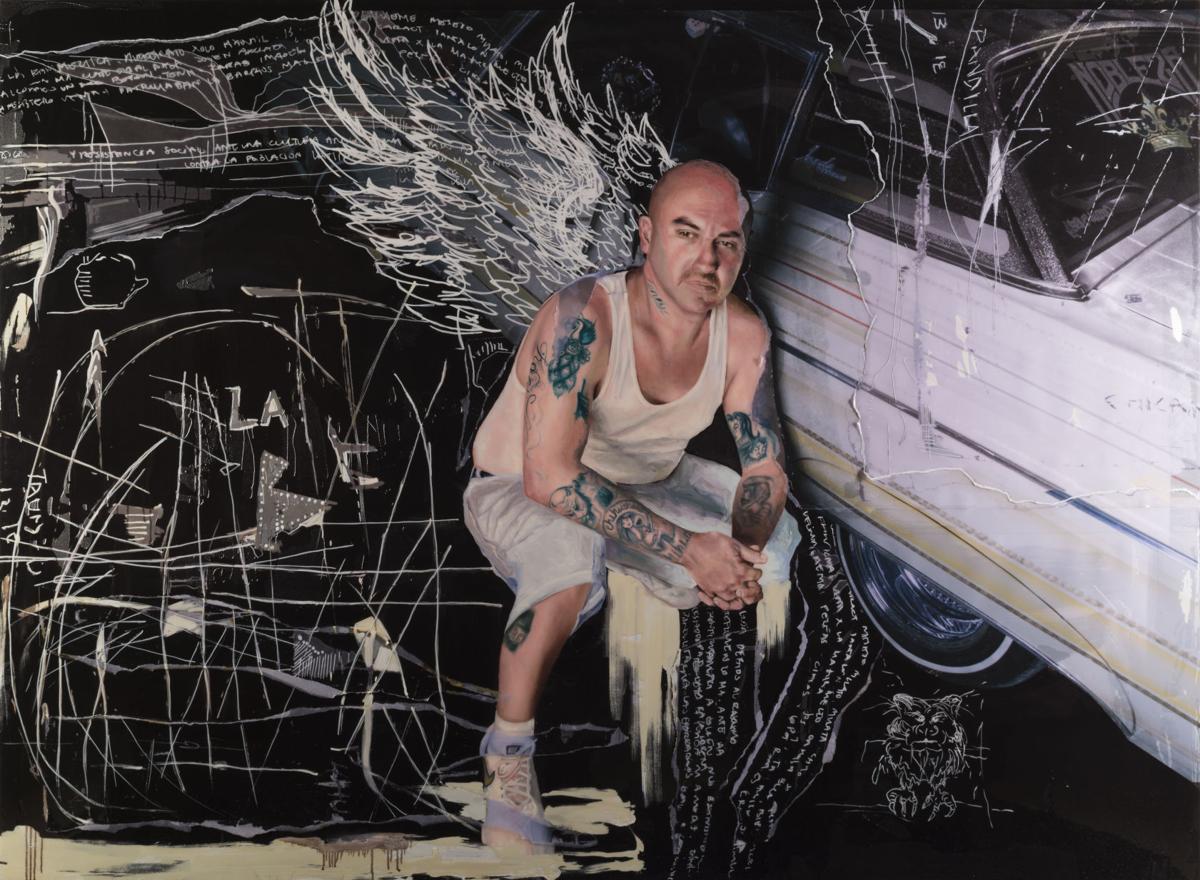 Artist Paola Rascón’s ‘Low Rider’ painting is part of her ‘Cholo at the Border’ exhibit at the El Paso Museum of Art.

‘Cholo at the Border: Works of Paola Rascón,’ including this piece called ‘Alejandro,’ are on display at the El Paso Museum of Art through October.

This oil painting by artist Paola Rascón, ‘Marca MX,’ is part of the exhibit ‘Cholo at the Border.’

Artist Paola Rascón’s ‘Low Rider’ painting is part of her ‘Cholo at the Border’ exhibit at the El Paso Museum of Art.

Lowriders, bandanas and hairnets, tattoos of the Virgen de Guadalupe.

When people think of cholos, they likely visualize Chicanos in settings like East Los Angeles or El Paso’s Segundo Barrio.

But this summer, you can find cholos at the top floor of the El Paso Museum of Art.

The museum’s latest exhibit, “Cholo at the Border: Works of Paola Rascón,” showcases oil paintings of cholos from the artist’s home town, Chihuahua City, Mexico, in a style that fuses classic and contemporary elements. The exhibit runs through Oct. 21.

“The way she painted the faces is really detailed and realist,” said Patrick Shaw Cable, the exhibit’s curator. “With irony, she uses a monumental scale and Baroque style and paints these ordinary, often denigrated figures and brings them out of the shadows.”

One of Rascón’s paintings, “Ferni,” was exhibited at the museum’s 2015 Ciudad Juárez-El Paso Biennial, where she explained what led her to devote a whole series to the subculture.

“Since my projects of 2005, I have represented the emotional and psychological state of personalities experiencing marginalization, acceptance, and the feeling of being a part of – and not a part of – society,” Rascón wrote in her artist statement. With psychology and art degrees, she often focuses on identity and social influences throughout her work.

Many of the paintings in “Cholo at the Border” include elements of the United States, where the cholo subculture originated.

In “Ferni,” for example, Rascón places a prominent stencil figure of Uncle Sam in his iconic “I Want You” poster stance next to a man wearing headband and white tank top. The paintings also include stenciled ethereal imagery like demons and angel wings, symbolizing culture clashes and moral battles.

In other poses, the cholos display an attitude of resilience.

“I think it’s cool that she’s elevating them to a different level and having you relook at the culture,” said UTEP sculpture professor Angel Cabrales, who grew up in El Paso and whose work is displayed at the Transborder Biennial.

“Growing up, all we were ever told was that cholos were gang members and to avoid them, but you look at the way things are projected onto us, and you’re getting this negative version of them without actual explanation,” Cabrales said. “I knew people who just dressed that way, but suddenly they were viewed in this negative light.”

Cable, the curator, said the exhibit carries an essence of timeliness, especially in today’s political climate and in regions like the border.

“I think more and more, it’s part of an art museum’s responsibility to have a certain proportion of shows that are not only about beautiful, significant art, but use art as a way to talk about really compelling social issues,” Cable said.

‘Cholo at the Border: Works of Paola Rascón’