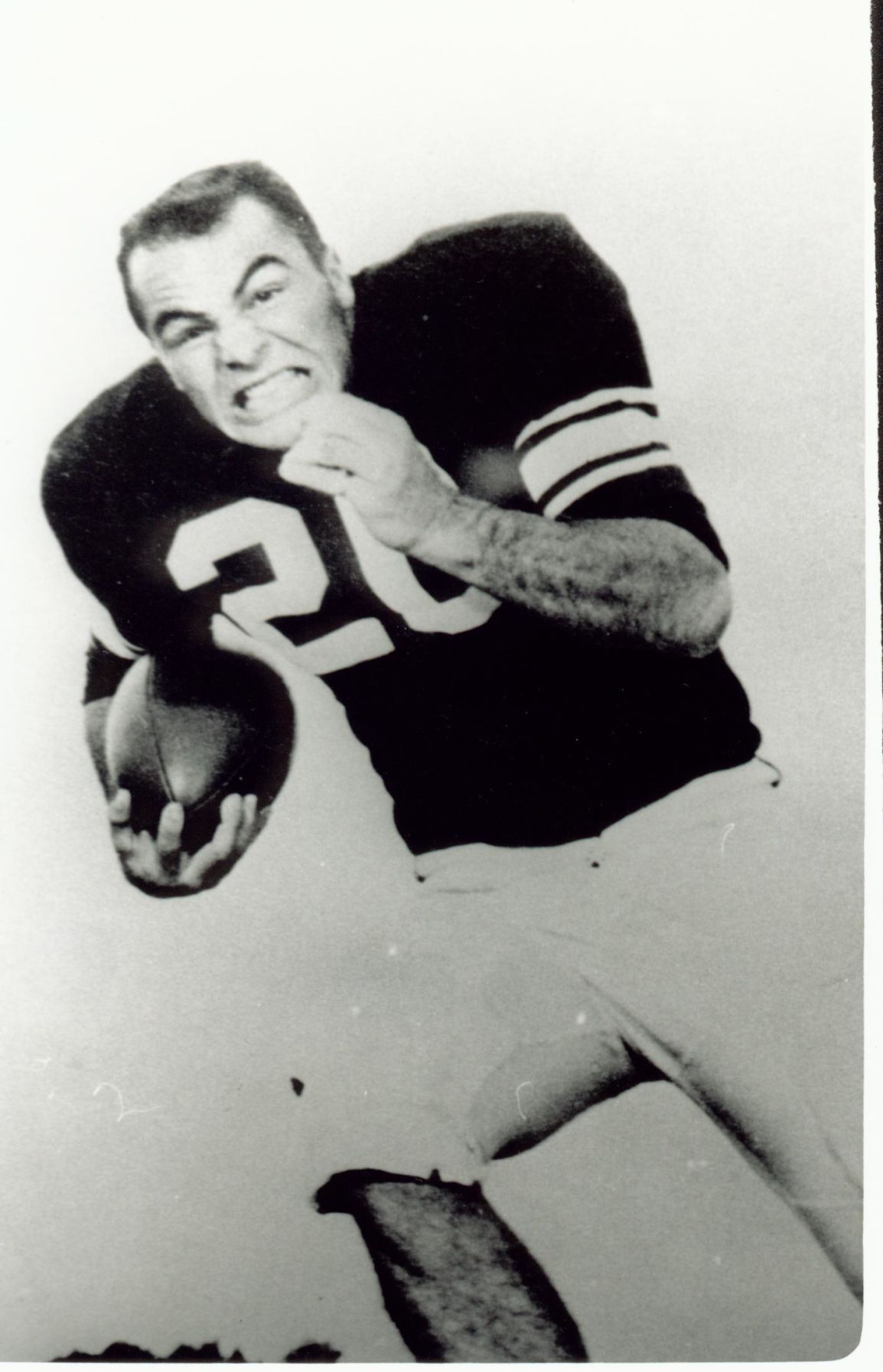 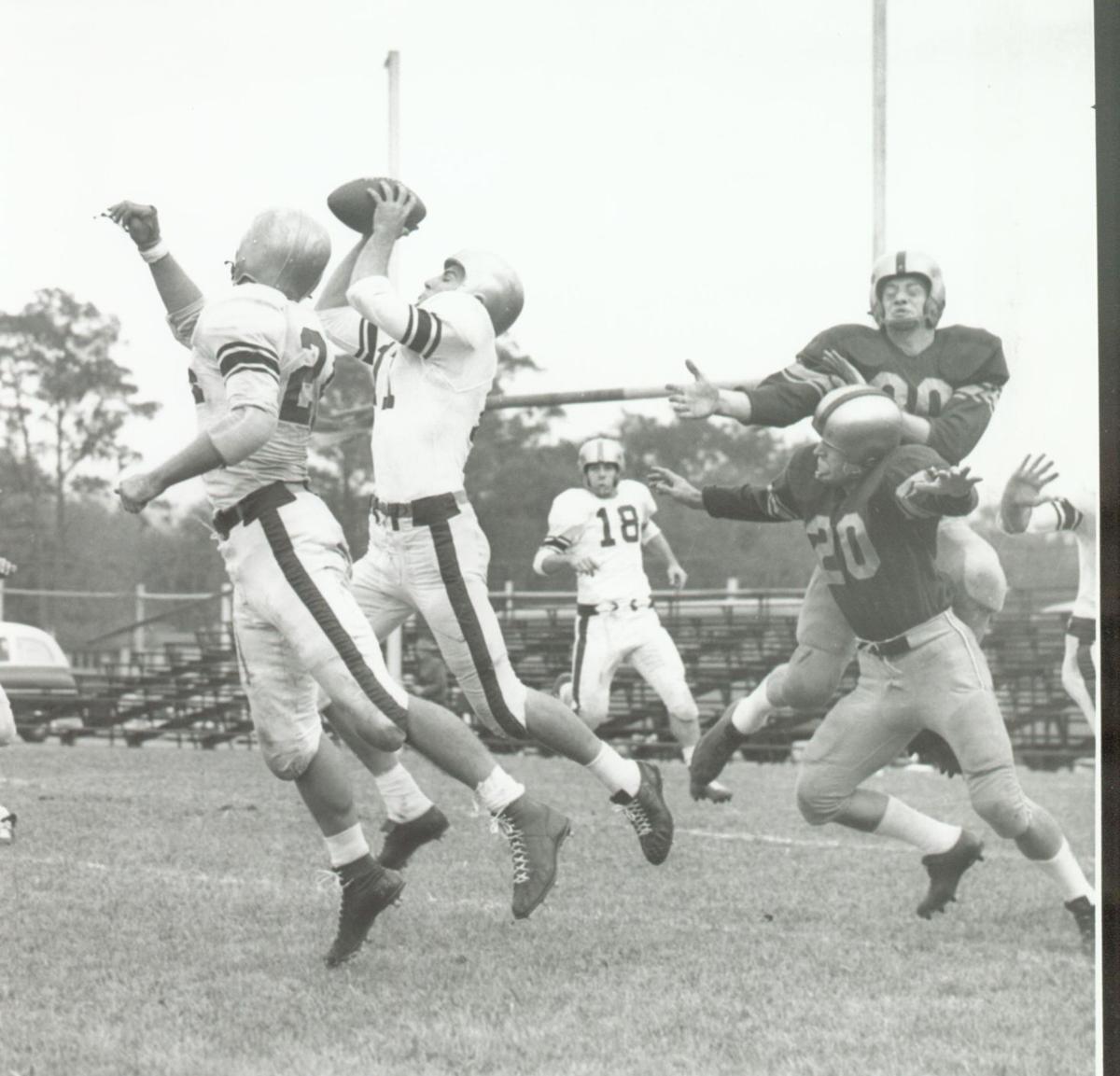 Florida State’s Lee Corso gets an interception in a 1955 game.

Florida State’s Lee Corso gets an interception in a 1955 game.

Lee Corso has spent the last 32 years working for ESPN as an analyst on their Saturday College GameDay football program.

The popular sports broadcaster has a tie to the Tony The Tiger Sun Bowl, since he played in the 1955 game where he returned kickoffs, punts, and lined up at running back for Florida State.

Corso began that game with a 25-yard kickoff return and later a 48-yard return to set up their first touchdown of the game.

Unfortunately, he was injured fielding a punt and had to be taken to a local hospital while Texas Western dominated the Seminoles to win the game 47-20.

Corso spoke to me about that game and his trip to El Paso.

What do you remember about the 1955 Sun Bowl game against Texas Western?

We had a great trip to El Paso. The people were wonderful and we enjoyed the trip a lot better than we did the game. I took the kickoff and went 30 or 40 yards and made a good run. All of a sudden, I broke clear and made another run and got down to about the one or two-yard line and we scored. It was 7-0 and it was really exciting.

Then we stopped them and they punted the ball. The ball was punted high in the air and it hit a player in the head and rolled over and I jumped on it. It looked like the whole Texas Western team jumped on me and it ended up that I broke my fibula.

The last thing I remember was about four or five plays into the game, I broke my fibula and they had to take me to the hospital. By the time I got back, it was like 45-7. (Texas Western) was so quick, they were fast, and they were motivated. They kicked the crap out of us.

Who replaced you after your injury?

My substitute that game was Burt Reynolds. He was playing second team behind me. Burt and I had a few parties in Juarez and he didn’t expect to play at all. But man, when I got hurt he played the entire game and he almost died from exhaustion.

How much of the pregame hospitality was spent in Mexico?

Every night, we got over there. Juárez was the No. 1 spot and one time, we saw a bullfight. I’ll tell you what, the people over there were terrific. The Sun Bowl people treated us great and we had a wonderful time. As I said, we had such a great time, that we forgot about the game.

What was it like rooming with Burt Reynolds at Florida State?

With his looks, I used to send him out for bait. He’d come back with two girls and one of them was real ugly but I got the ugly one and he got the beautiful one.

You know, his ugly girlfriends were better than I could get on my own. But, the secret to our success was I had a car. He didn’t have a car. So, with my car and his looks, we’d kill ‘em in Tallahassee.

Reynolds career at FSU was cut short due to injury. What was he like as a player?

Offensively, he was a tremendous runner. Sometimes he had a few problems playing defense, and we had to play offense and defense. I’ll tell you what, he would have had a great career as a running back. He could catch the ball and run with the best of them.