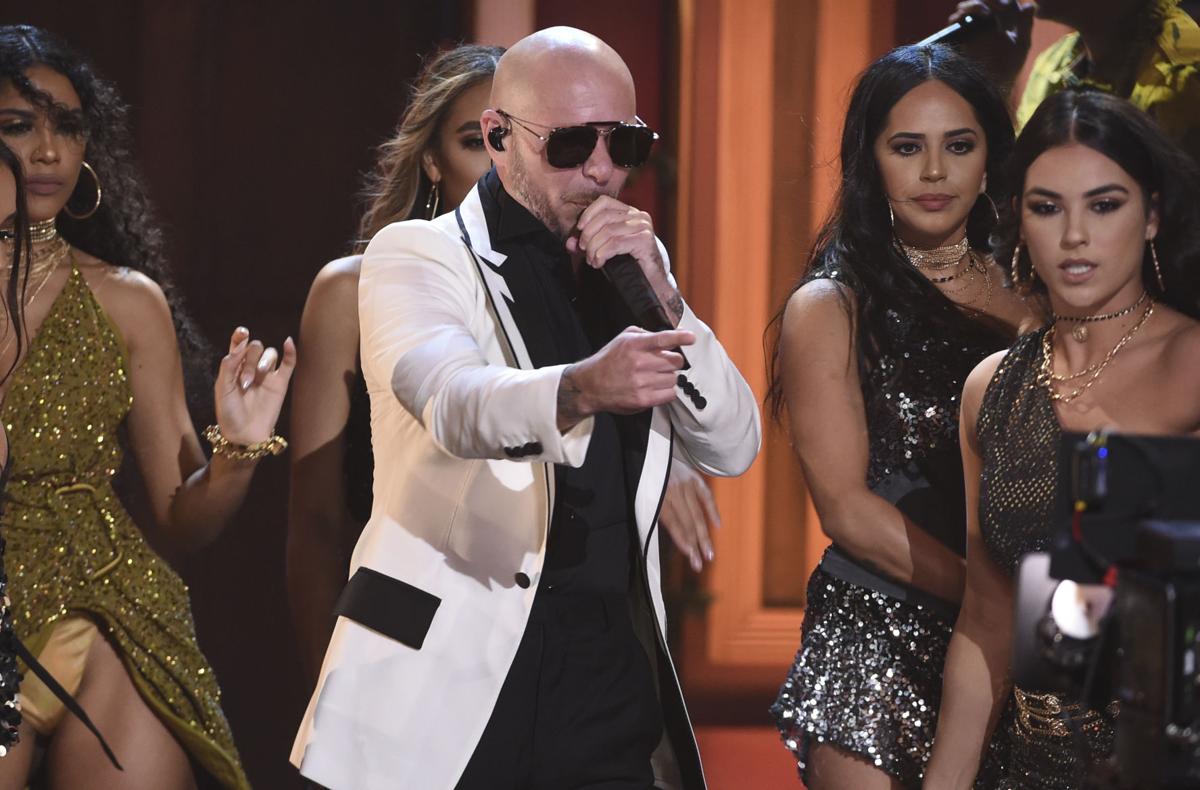 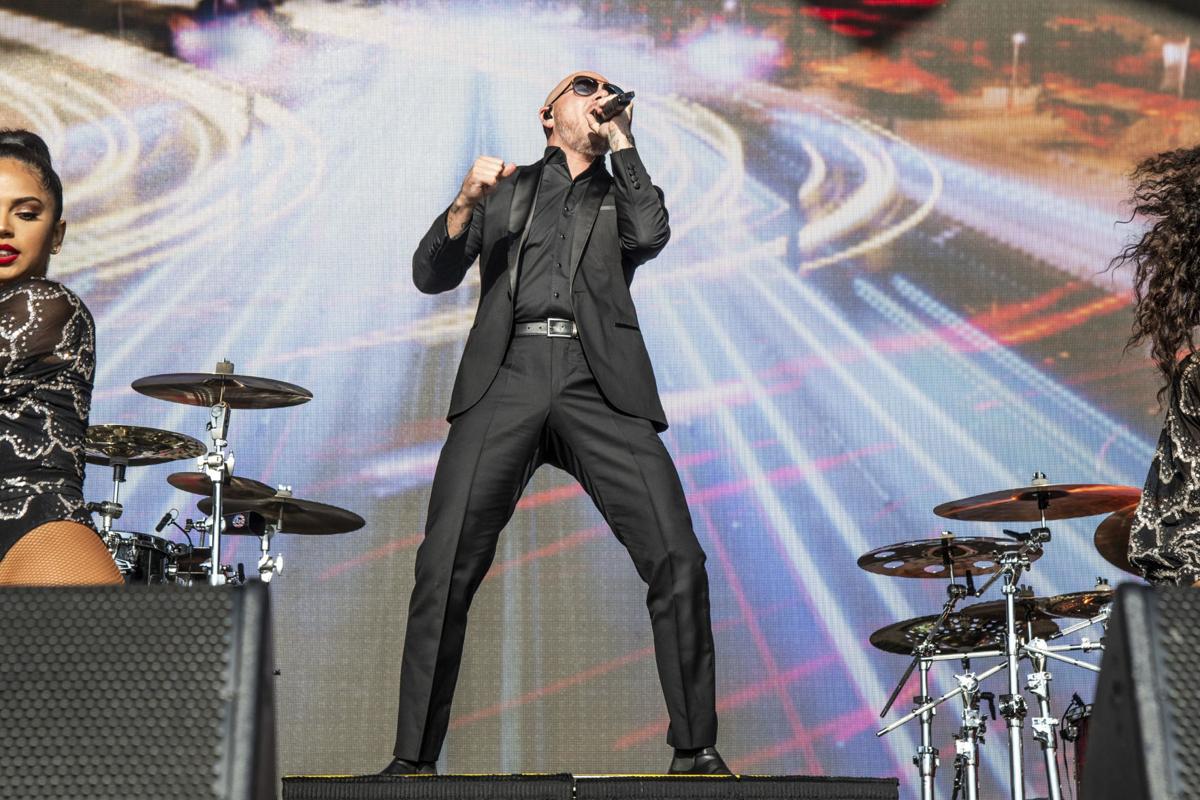 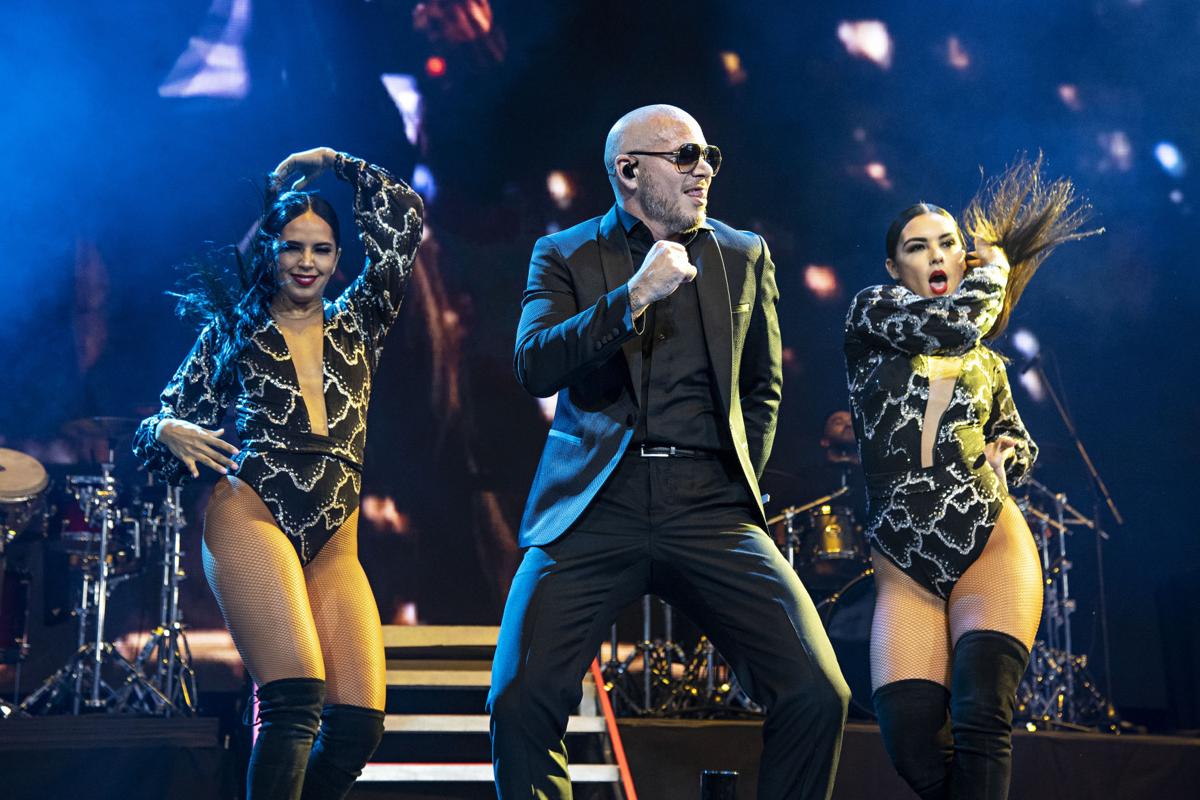 Megastar Pitbull is bringing all his dance hits to the El Paso County Coliseum stage on Saturday, Feb. 22. 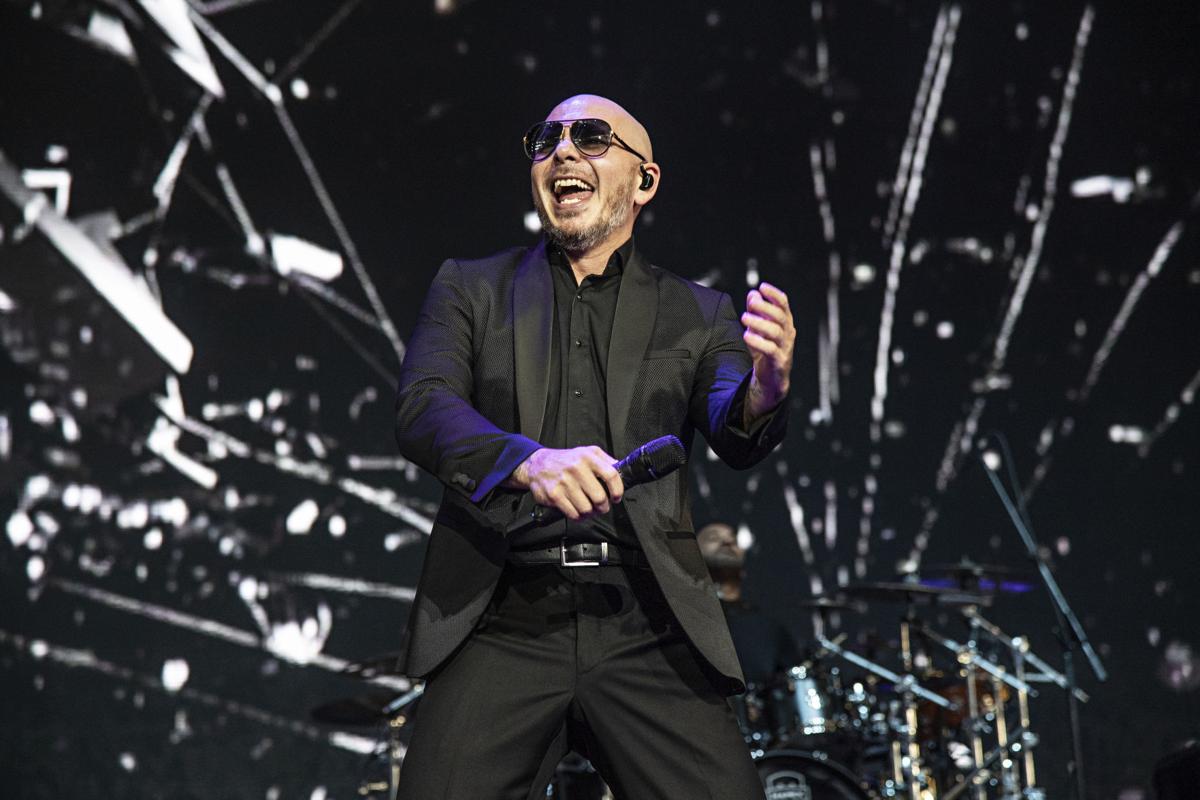 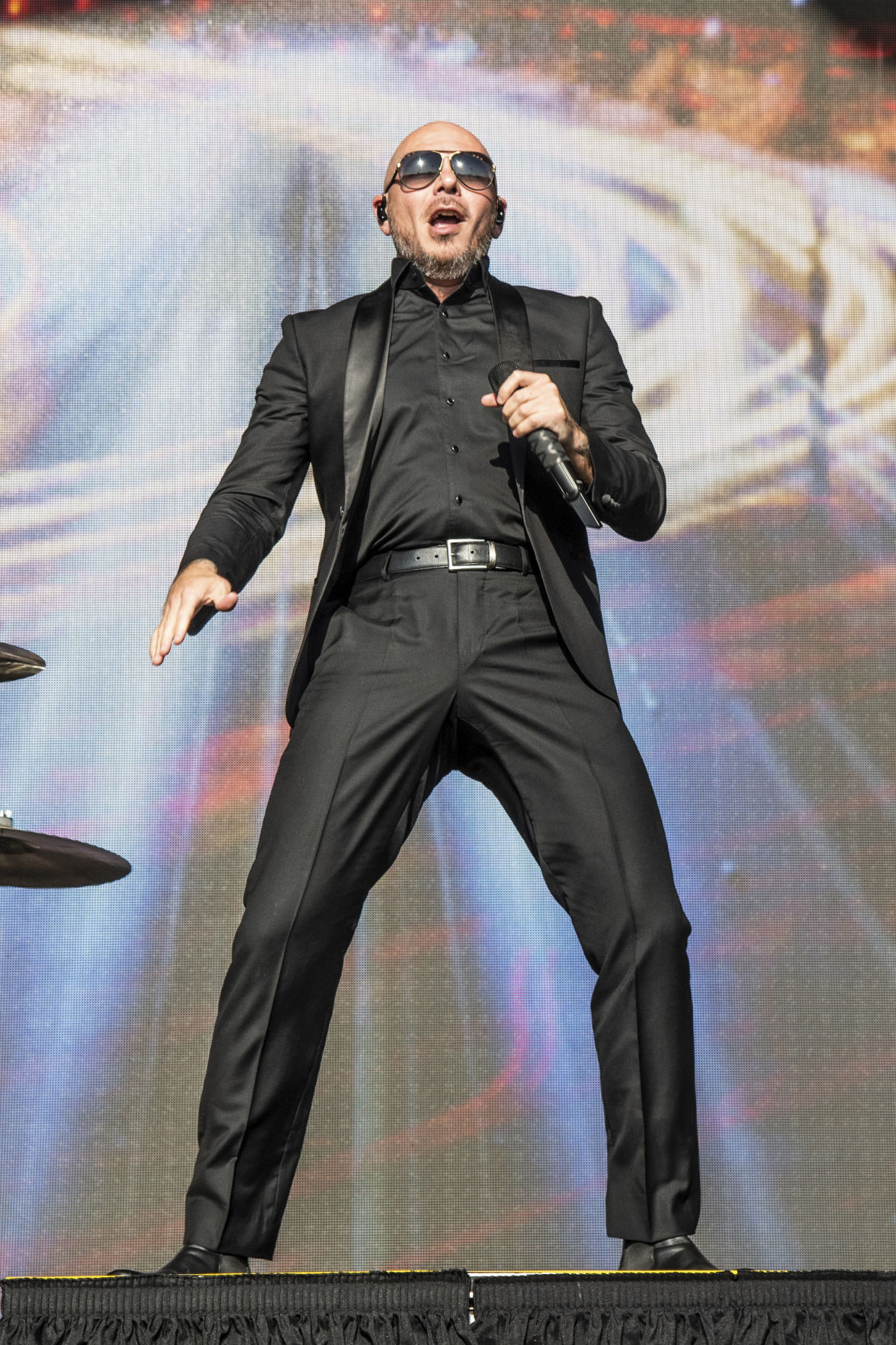 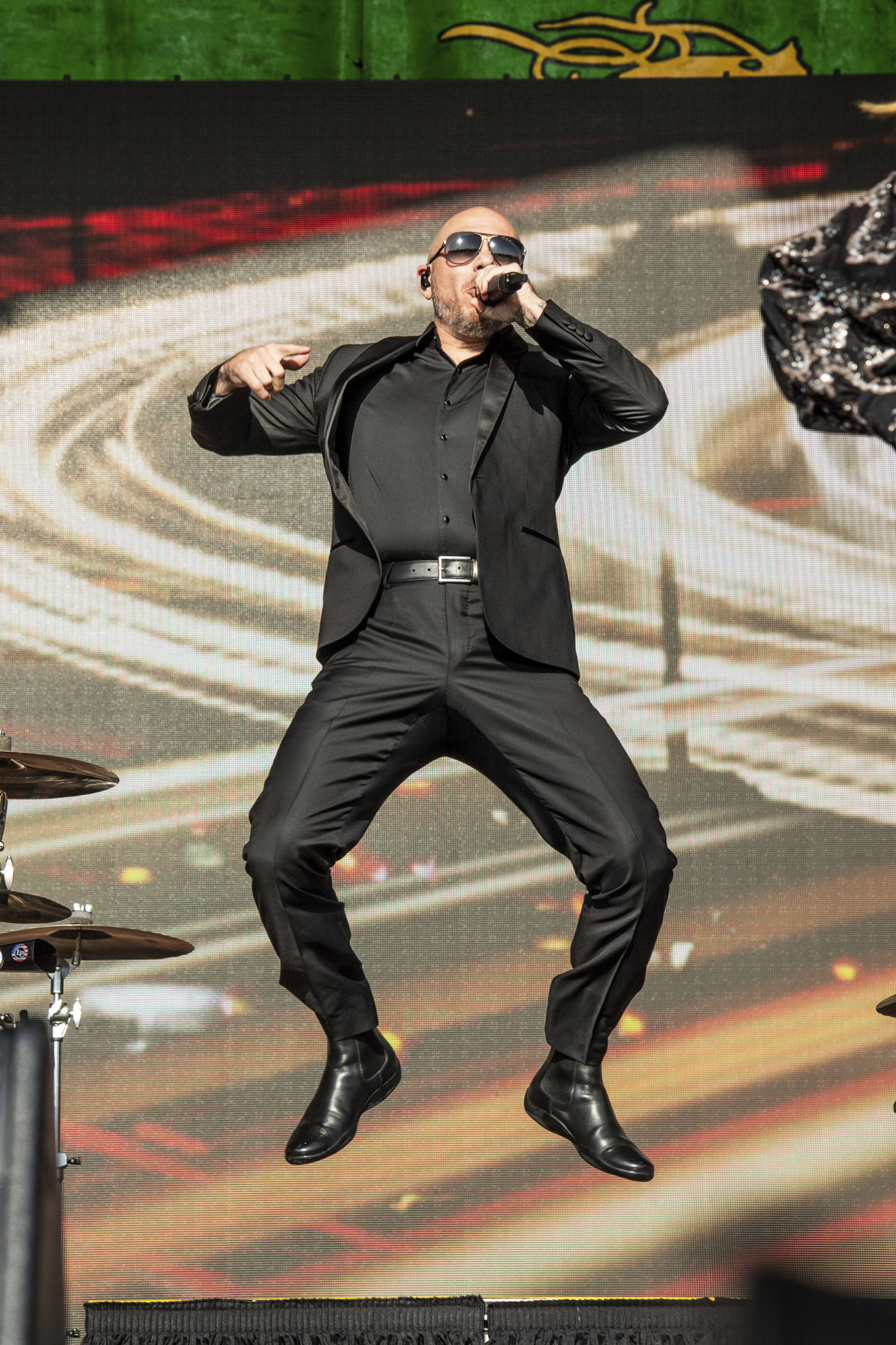 Megastar Pitbull is bringing all his dance hits to the El Paso County Coliseum stage on Saturday, Feb. 22.

Rapper Pitbull’s party hasn’t stopped since he debuted in 2004 with his first hit single, “Culo.” But his party will make a pit stop at the El Paso County Coliseum on Saturday, Feb. 22.

Pitbull’s rise to worldwide pop ubiquity has been a steady climb – from working with some of the godfathers of Miami hip-hop to selling over 100 million records worldwide, including No. 1 singles in 15 countries.

He’s also been a brand ambassador for everything from Bud Light and Boost Mobile to Hard Rock hotels.

Back in the 1990s, one of Miami hip-hop’s gatekeepers was Lazaro Mendez, better known as DJ Laz – one of Miami’s best-known radio and nightclub DJs and artists. Laz’s club hits, like “Mami El Negro” and “Esa Morena,” fused his Cuban roots with the sound of Miami bass music and were a big influence on another young Cuban-American from Miami by the name of Armando Perez, aka Pitbull.

“He found the method that works and was going to make him a global superstar,” Laz told the Reflections of a DJ podcast in 2019. “One thing he says, ‘If I’m making music, why do I want to make music to stay on the block. I’m making music to get off the block.’ It’s called evolution.”

That mentorship sparked a friendship that exists to this day, with Pitbull lending a verse to Laz’s 2008 hit, co-starring Flo-Rida, “Boom Shake Drop,” and Laz often acting as Pitbull’s tour DJ.

“I put him through Luke’s School of Hard Knocks,” Campbell wrote in a column for the Miami New Times. “I took him on tours where he had to freestyle-battle other rappers. I ran him through the most difficult situations a performer can experience. It didn’t come easy for him. But he listened to me. He kept fighting.”

When Pitbull’s Luke Records contract was up, he was picked up by Famous Artist Music & Management, which hooked him up with longtime collaborators the Diaz Brothers and the King of Crunk, Lil Jon.

That led to his debut single, “Culo,” a fuse of Pitbull’s aggressive rhymestyle over a popular Jamaican dancehall beat that had already spawned hits for R&B duo Nina Sky (“Move Ya Body”) and dancehall singer Mr. Vegas (“Pull Up”).

In fact, Pitbull didn’t just jack the beat from Mr. Vegas’ hit, he also copped the choruses’ chant of “Pull Up!” and repurposed it into the Spanish refrain, “Cu-lo!”

The song came on the heels of reggaeton’s first big success in the U.S. and helped put Pitbull’s first album on the map.

It would be another combination of Miami club culture, Pitbull’s charismatic tenacity and perfect timing that helped propel Pitbull from “Mr. 305” (the area code for Miami) to “Mr. Worldwide.”

By the mid-2000s both reggaeton’s first wave of success on the mainland and the Latin Explosion were waning, but that’s when Pitbull delved into another part of Miami’s club culture: electronic dance music.

Pitbull first began taking popular EDM songs and rapping over them on the 2007 single, “The Anthem,” featuring Lil Jon. On it, Pitbull reworks the 2003 dance hit “Calabria.” It also references Laz’s “Mami El Negro” in its hook.

From there, Pitbull released a slew of singles, “Krazy,” “Move Shake Drop” (with DJ Laz) and other guest appearances that sampled current and classic EDM hits, culminating in the worldwide smash “I Know You Want Me (Calle Ocho)” in 2009.

The song came on Pitbull’s fourth album, “Rebelution” and is built around a sample of the house music classic “75, Brasil Street” by Nicola Fasano and Pat Rich, which itself samples Chicago’s familiar horn riff from the song “Street Player.”

The single was Pitbull’s first big international hit and peaked at No. 2 on Billboard’s Hot 100 – his biggest song until he finally hit No. 1 in 2011 with “Give Me Everything” and 2013 with his biggest-selling single, “Timber.”

Now, on his 11th album, “Libertad 548,” Mr. Worldwide not only made a triumphant return to the top of the Latin album charts, he did it on his own label, Mr. 305 Records. The album’s title is an homage to Pitbull’s father, Armando Sr., who rescued 548 Cuban refugees during the 1980 Mariel Boatlift.

Pitbull credits his Miami roots with opening him up to the many cultures and sounds that have helped his career morph at just the right time.