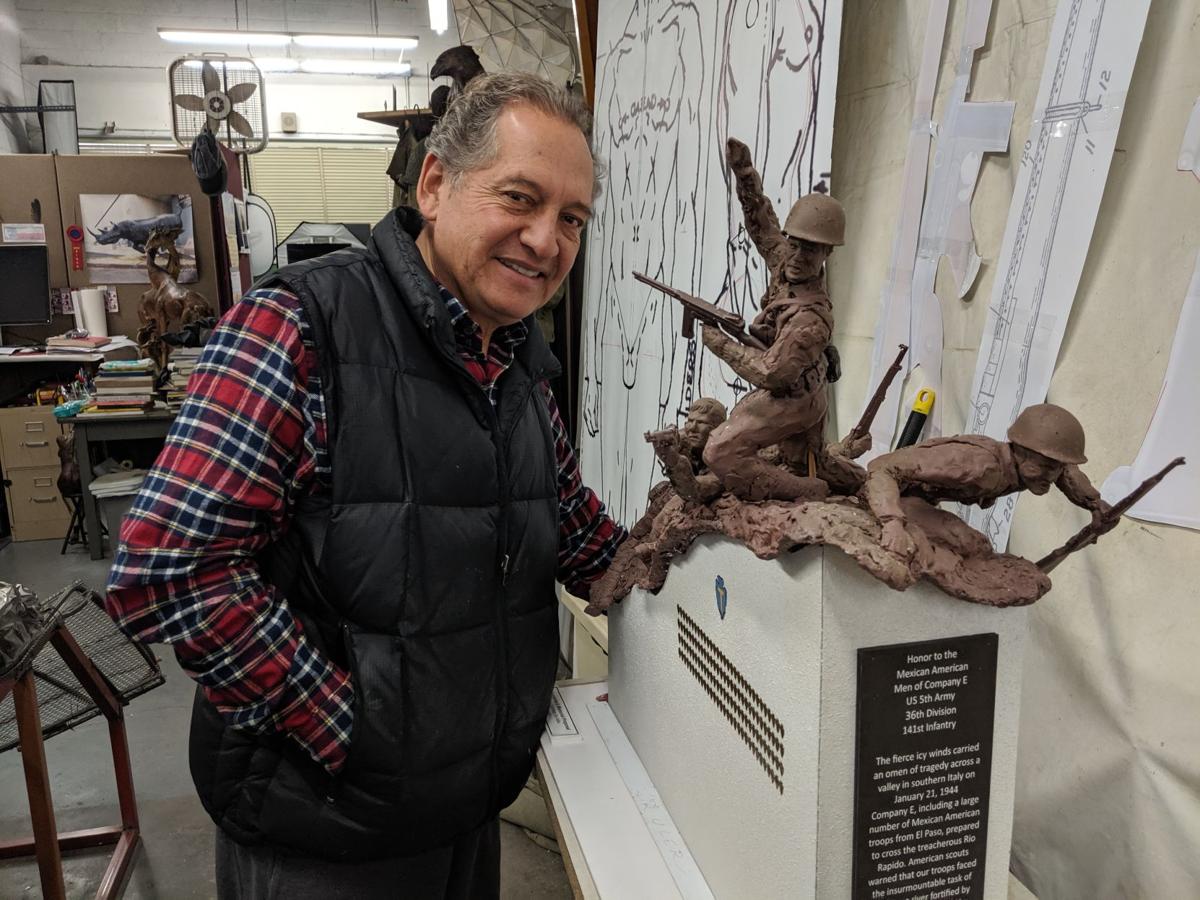 Sculptor Julio Sanchez De Alba shows a maquette, or small replica, of his new Company E sculpture which will eventually be displayed at 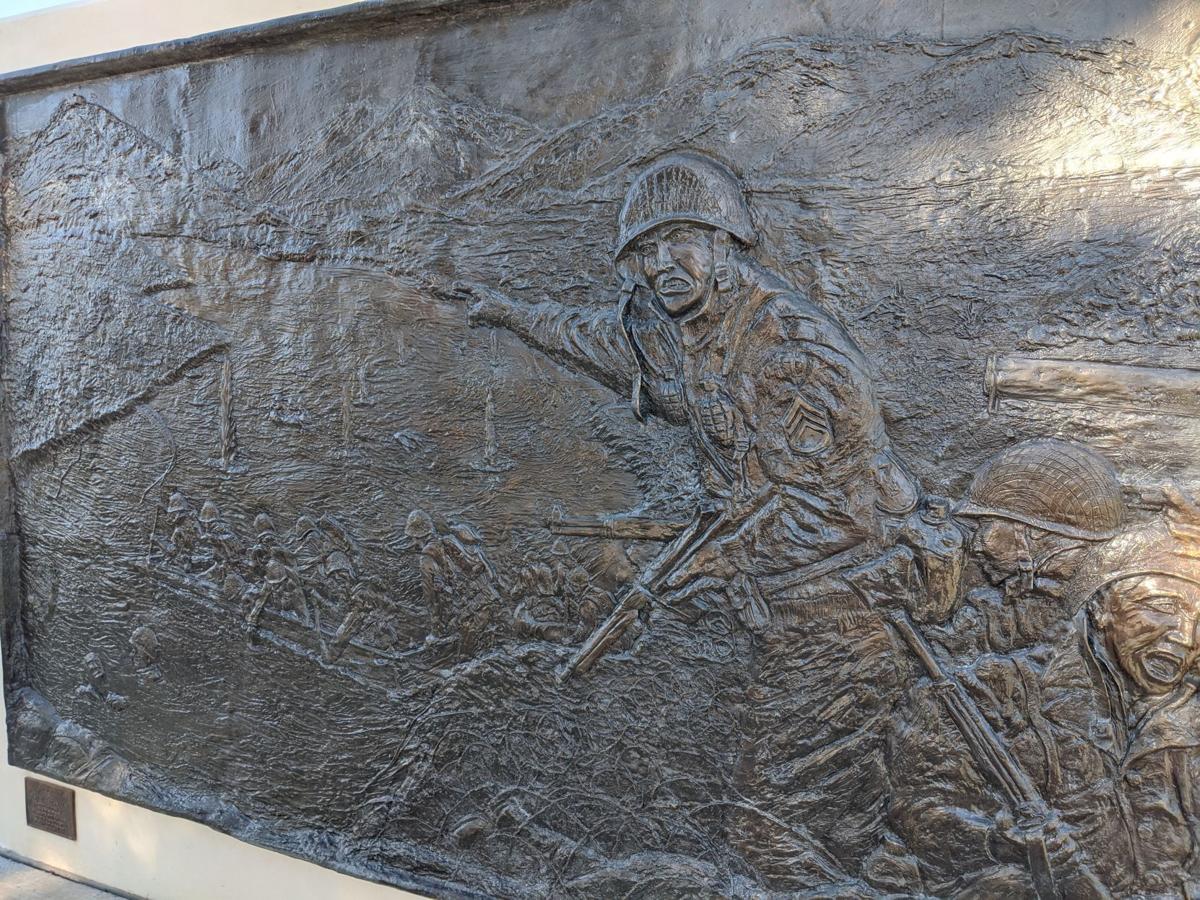 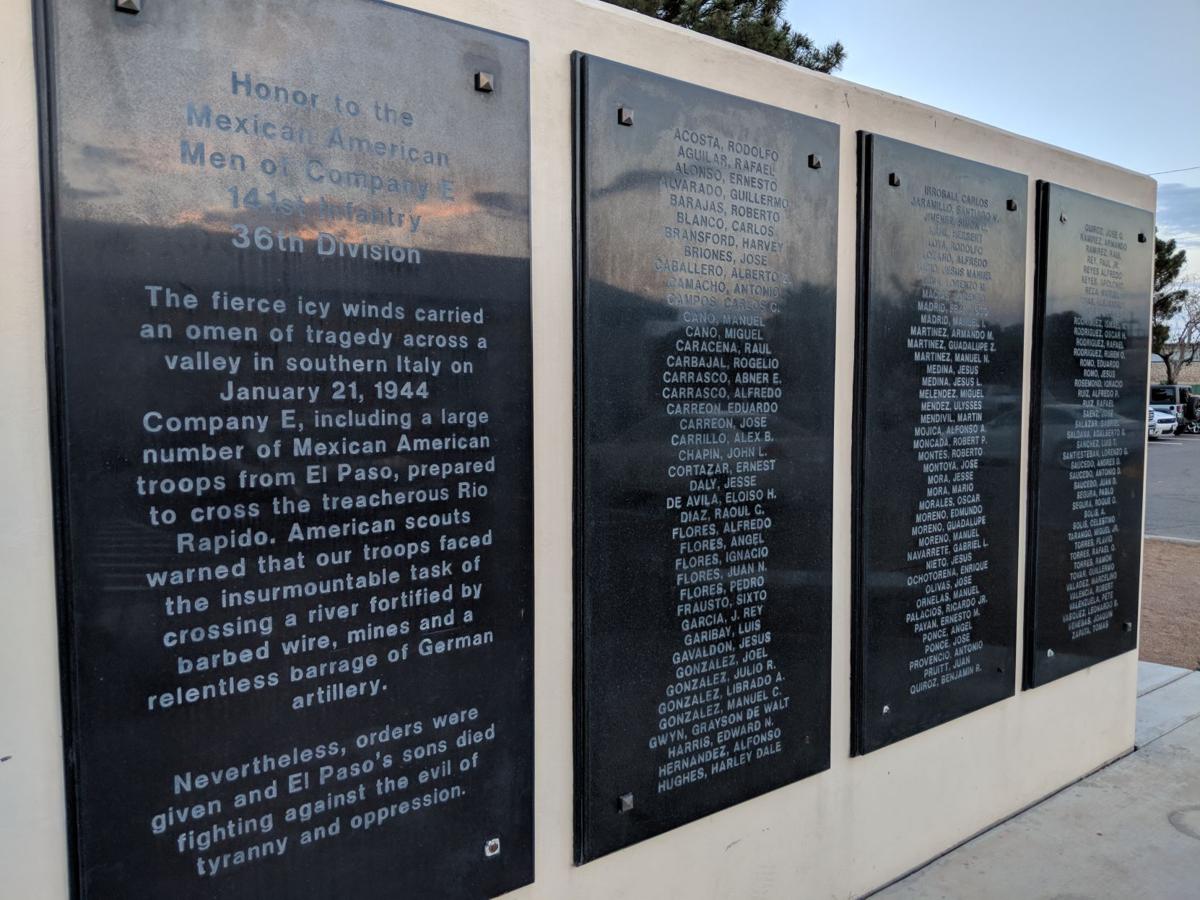 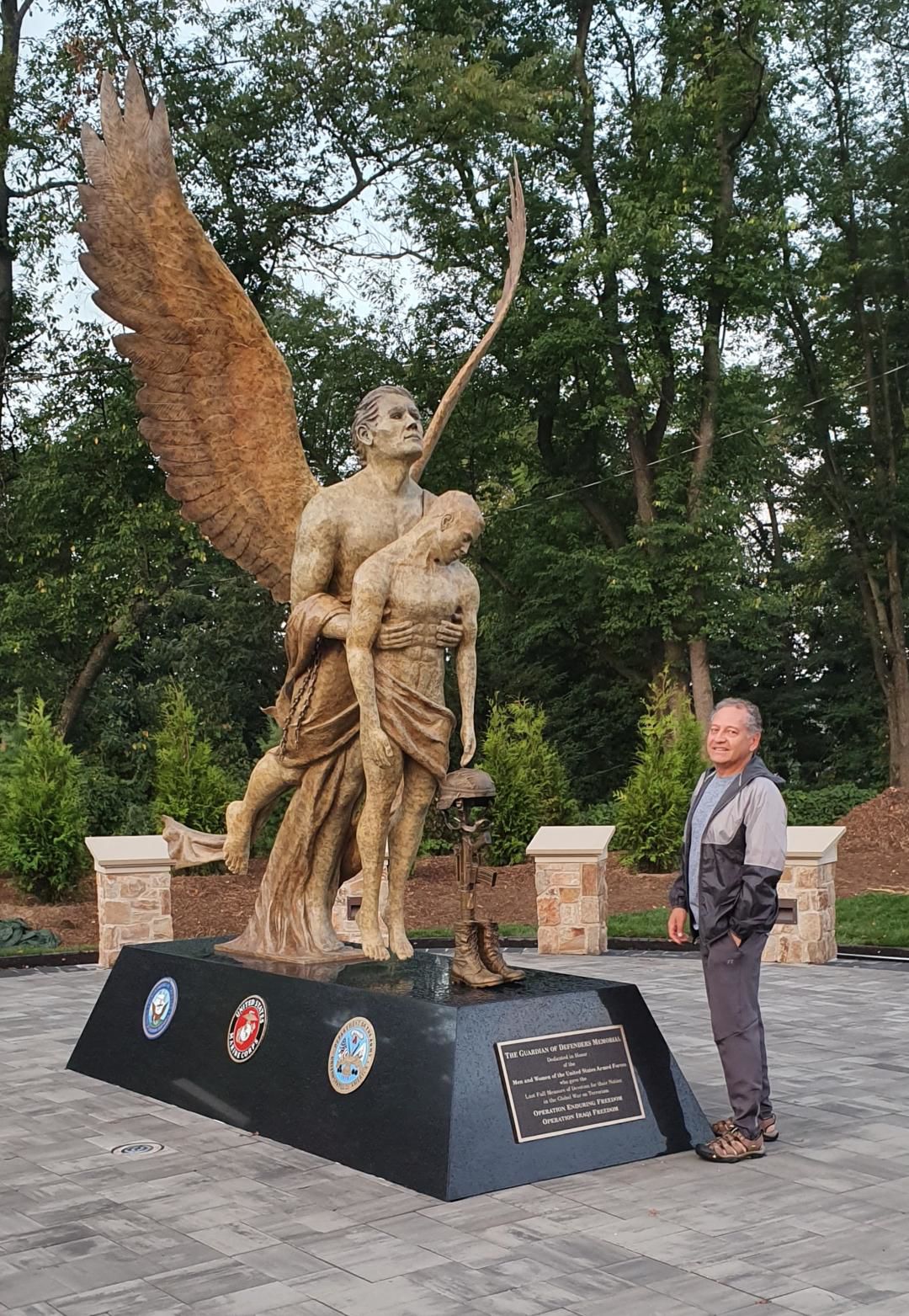 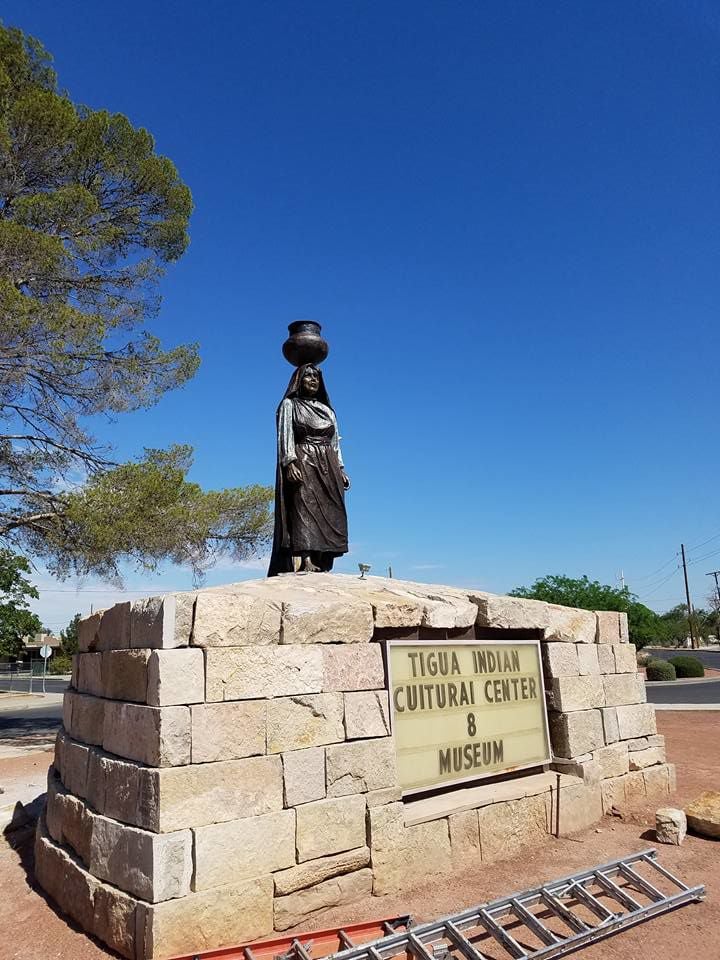 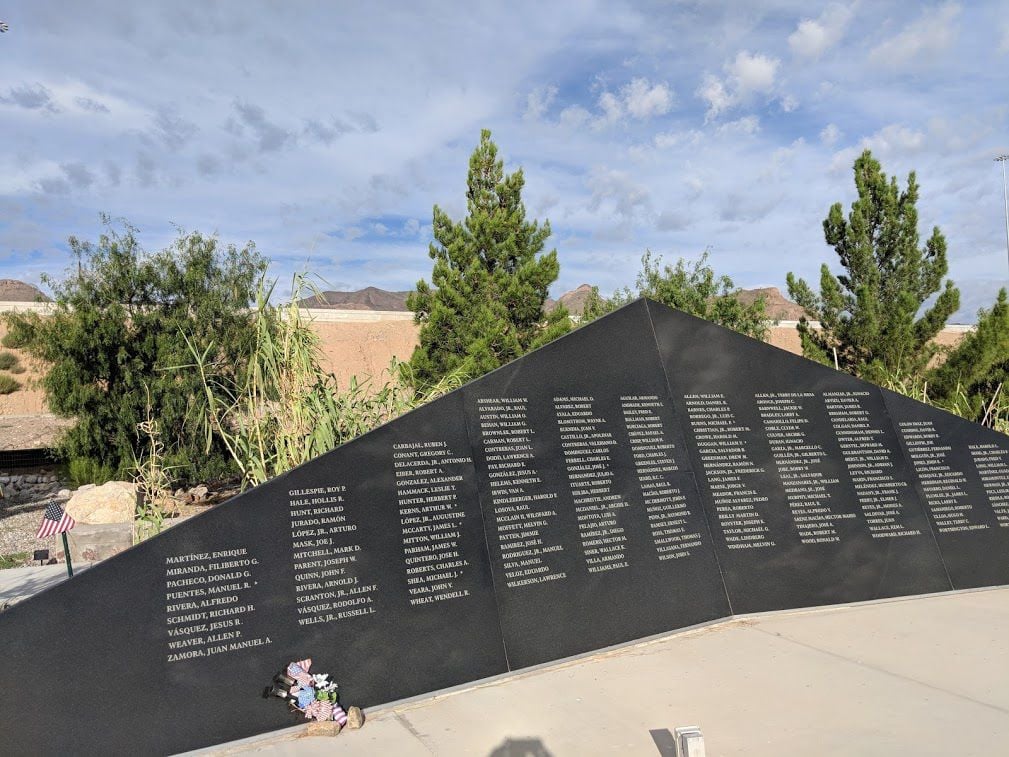 Sculptor Julio Sanchez De Alba shows a maquette, or small replica, of his new Company E sculpture which will eventually be displayed at

For the past 20 years, Julio Sanchez De Alba has been living his dream as a self-employed artist, but it’s also been a lot of hard work to make that dream come to fruition.

After a successful career as an engineer and regional supervisor in the maquiladora industry, he decided he needed a change and made the leap to pursue his first love: art.

“A lot of people approach me at art shows and tell me how lucky I am,” said Sanchez De Alba, a 66-year-old who is originally from Bolivia.

“Luck plays a small part,” he said. “It is hard work that makes you be what you are. If you keep dreaming about being an artist or whatever you want to be, you will only be dreaming. It is action that makes a difference.

“You have to dream first, but you have to put it in action and have a due date,” he continued. “Then, you stop dreaming and start living the reality.”

In El Paso – his adopted home – he is known for creating the original Company E monument on Delta Drive near Bowie High School. The bas-relief sculpture honors a group of World War II Mexican-American soldiers, mostly from El Paso, who exhibited great valor during the battle of Rio Rapido in Italy in 1944.

Many were killed or taken prisoner while trying to cross the heavily fortified river.

The original monument was unveiled in 2008, but its location has been criticized over the years as being too hidden.

The City Council last year approved a new Company E monument that will be installed at Cleveland Square in Downtown, a much more prominent location near the main library and across from Southwest University Park.

Sanchez De Alba was commissioned to build the new monument, which will be a three-dimensional sculpture showing these brave soldiers in action.

The original monument will remain on Delta.

“I travel all over the world and have seen monuments that talk millions of words in one scene, because it depicts the action,” Sanchez De Alba said. “It sucks you in.”

He intends the new Company E monument to show how difficult it was for these soldiers to cross the Rio Rapido.

“It was a tremendous, tremendous task,” he said. “They did it with bravery, resolve and the cost of many, many lives. The ones who weren’t killed were taken prisoners. Seventeen were able to come back out of 124. Most of them were from El Paso, most of them from Bowie High.”

Sanchez De Alba arrived in El Paso back in 1995. At the time, he worked for Clinton Industries, which supplied automated equipment to jean manufacturers, like Levi’s, Wrangler and Lee, in the maquiladoras.

After about five years, he wanted a change and tried to buy the company. Unable to agree on a price, Sanchez De Alba turned to art, which he has loved since he was a young boy growing up in Bolivia.

“I knew failure was not an option,” Sanchez De Alba said. “I needed to make it happen no matter what. I put all my effort into it.”

He started his first studio out of his home. He later shared space at the Glasbox, a collective of local artists, before opening his own studio along Texas Avenue near Downtown El Paso.

He built his business over time by visiting art shows all over the country.

He also took advantage of the city of El Paso’s public arts program, which dedicates 2% of capital improvement projects to the arts.

Besides the Company E memorial, Sanchez De Alba has work displayed all over the borderland.

At Old Glory Memorial in Northeast El Paso, he made the Vietnam Memorial.

He is also known for his 14-foot-tall sculpture “Nestora Piarote,” the matriarch of the Tigua tribe, that stands outside their cultural center.

He also has made an impact elsewhere.

On Sept. 11, the statue he made for the Guardian of the Defenders Memorial in Wilmington, Delaware, was unveiled.

This statue depicts an angel picking up a fallen soldier on the battlefield and is dedicated to service members who have fought in Iraq and Afghanistan.

To learn more about the artist’s work, visit juilosart.com.

For more public art across the borderland, check out elpasoinc.com/artspot, which highlighs some of the best work in the region.