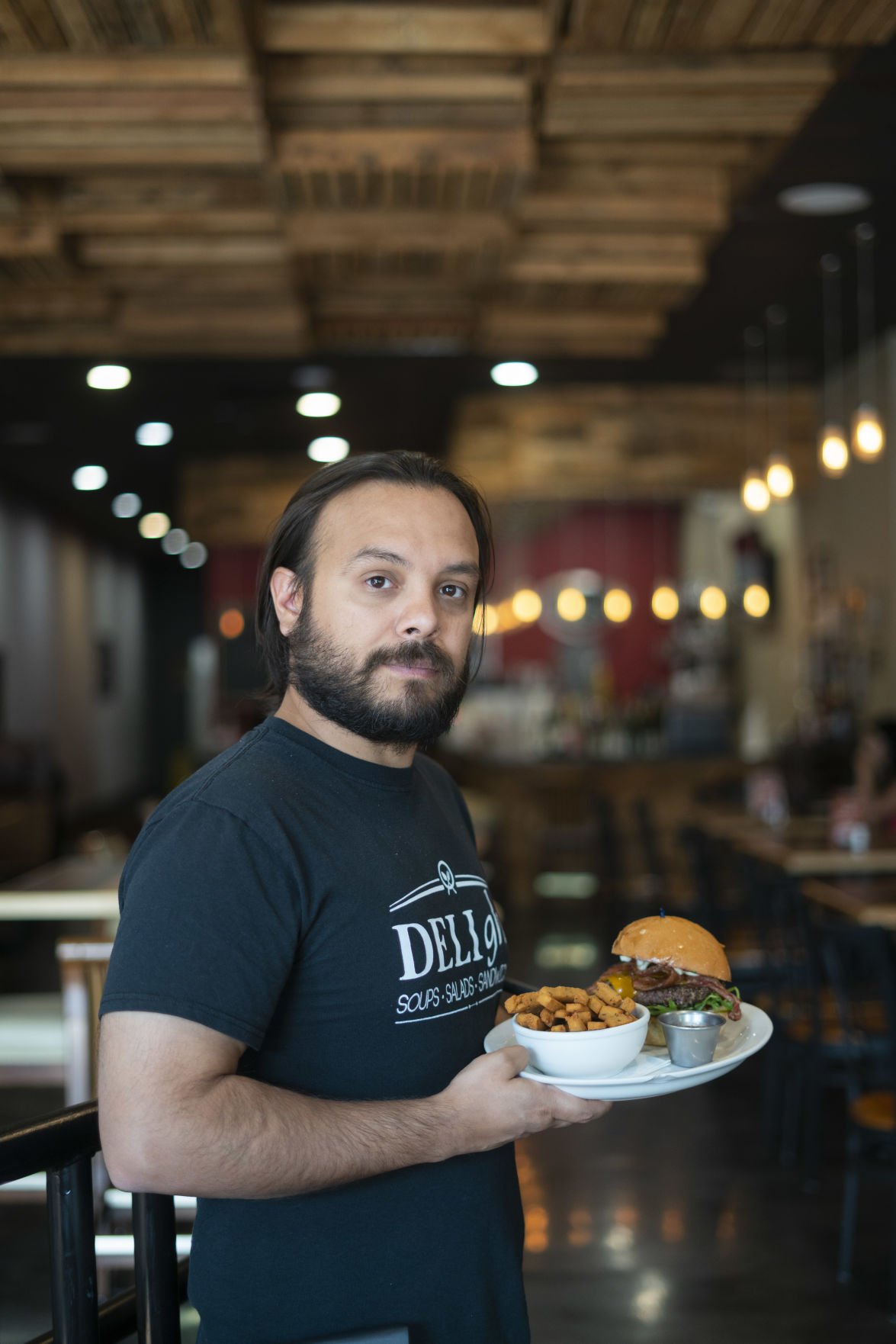 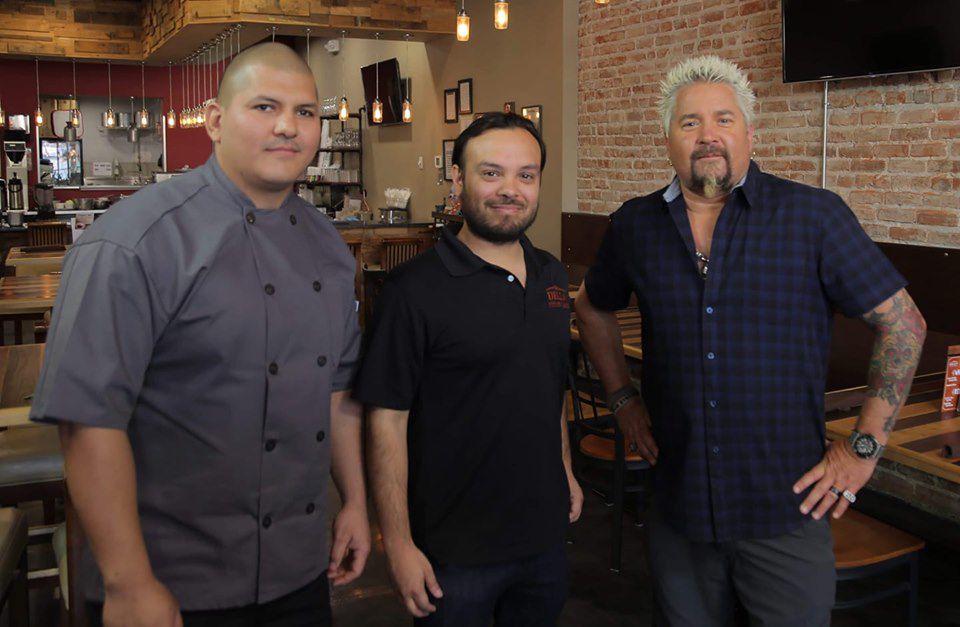 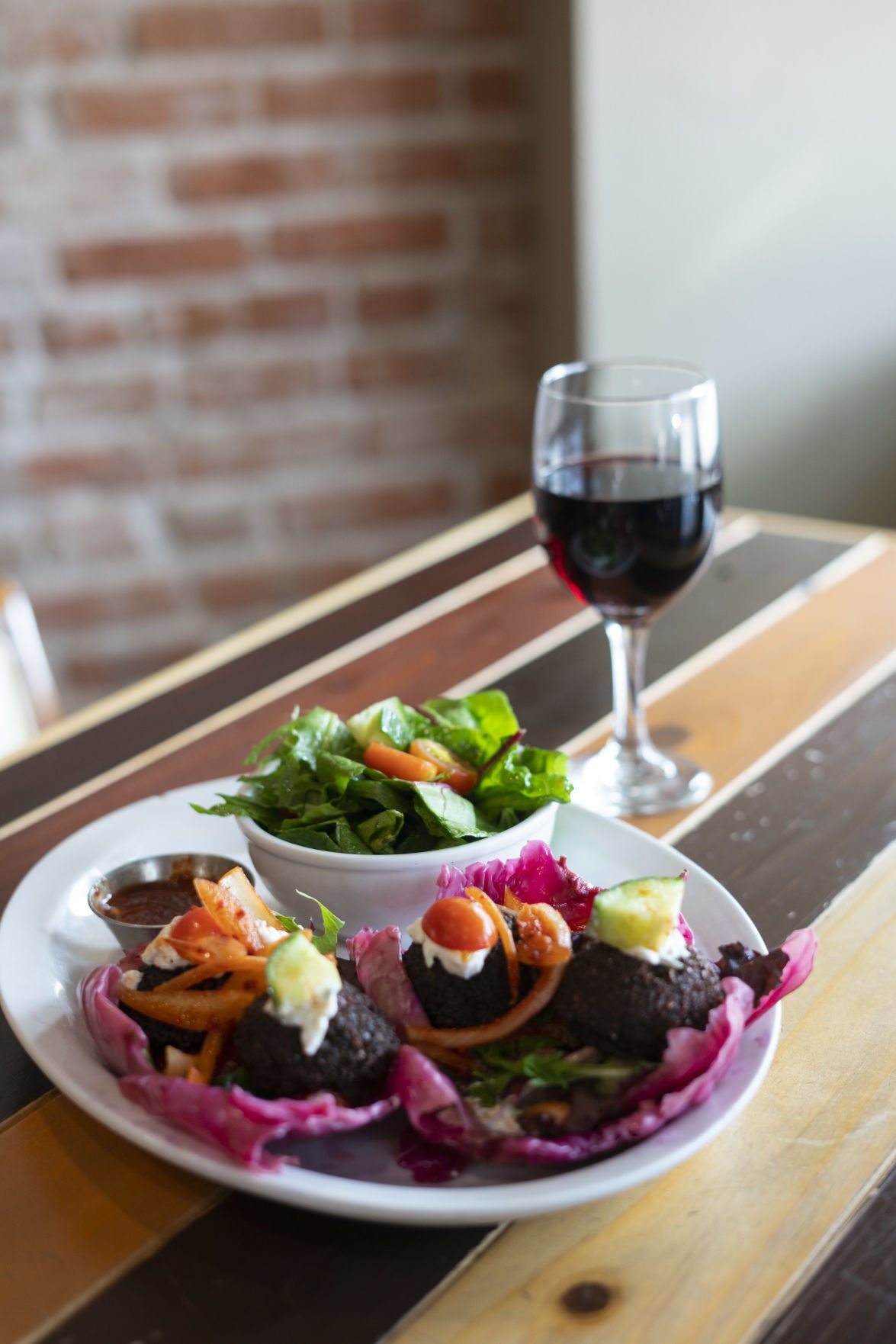 One of Delight’s delightful dishes served up at the Downtown eatery. 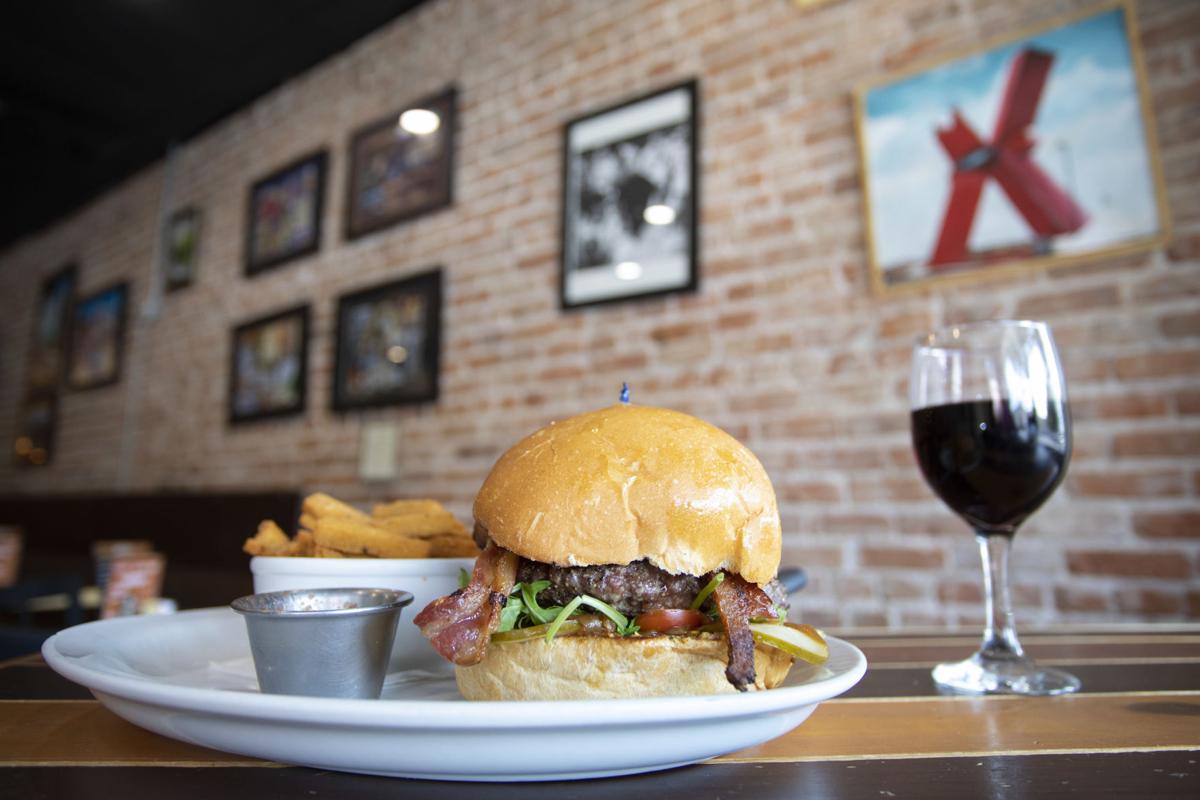 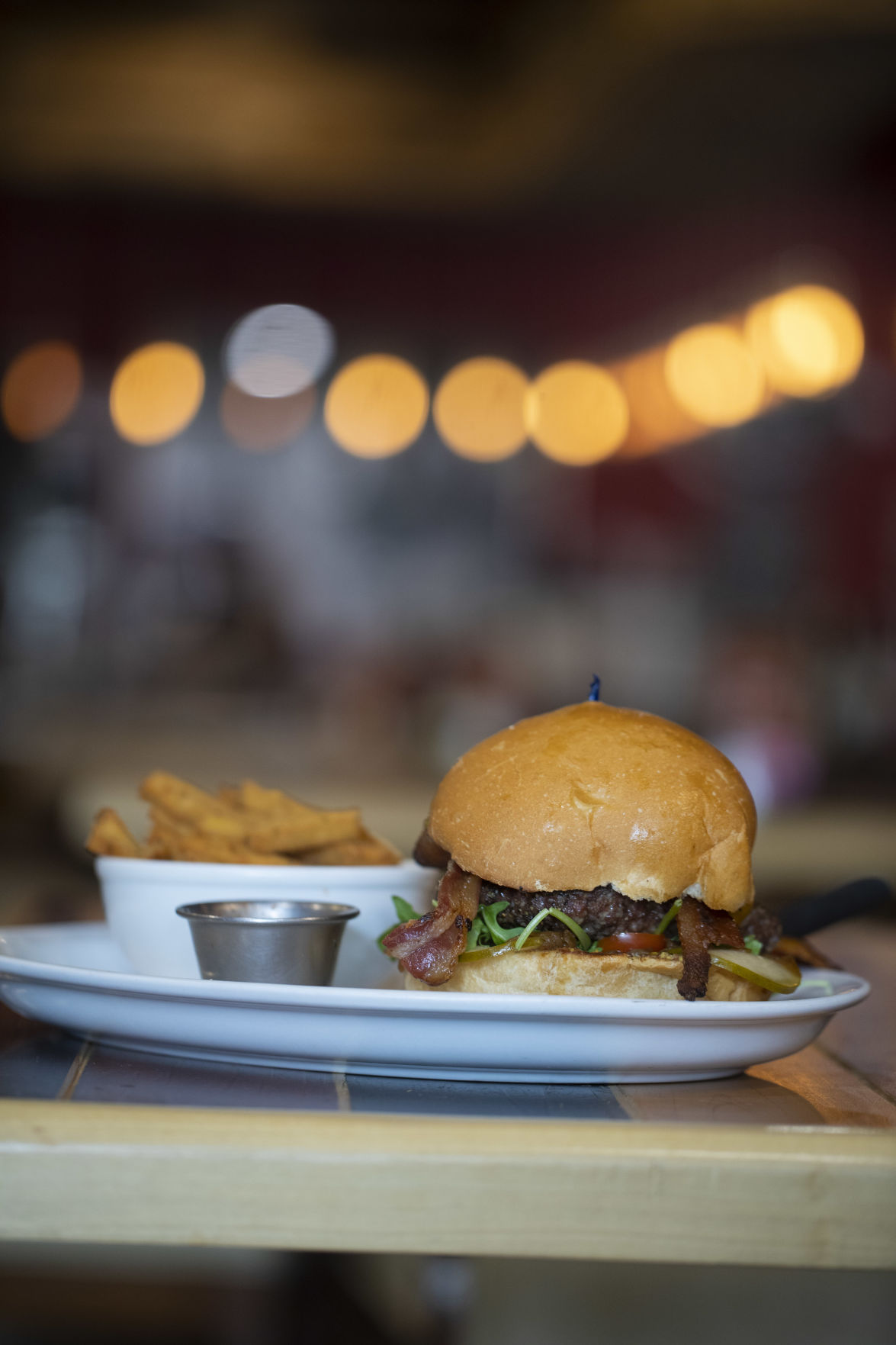 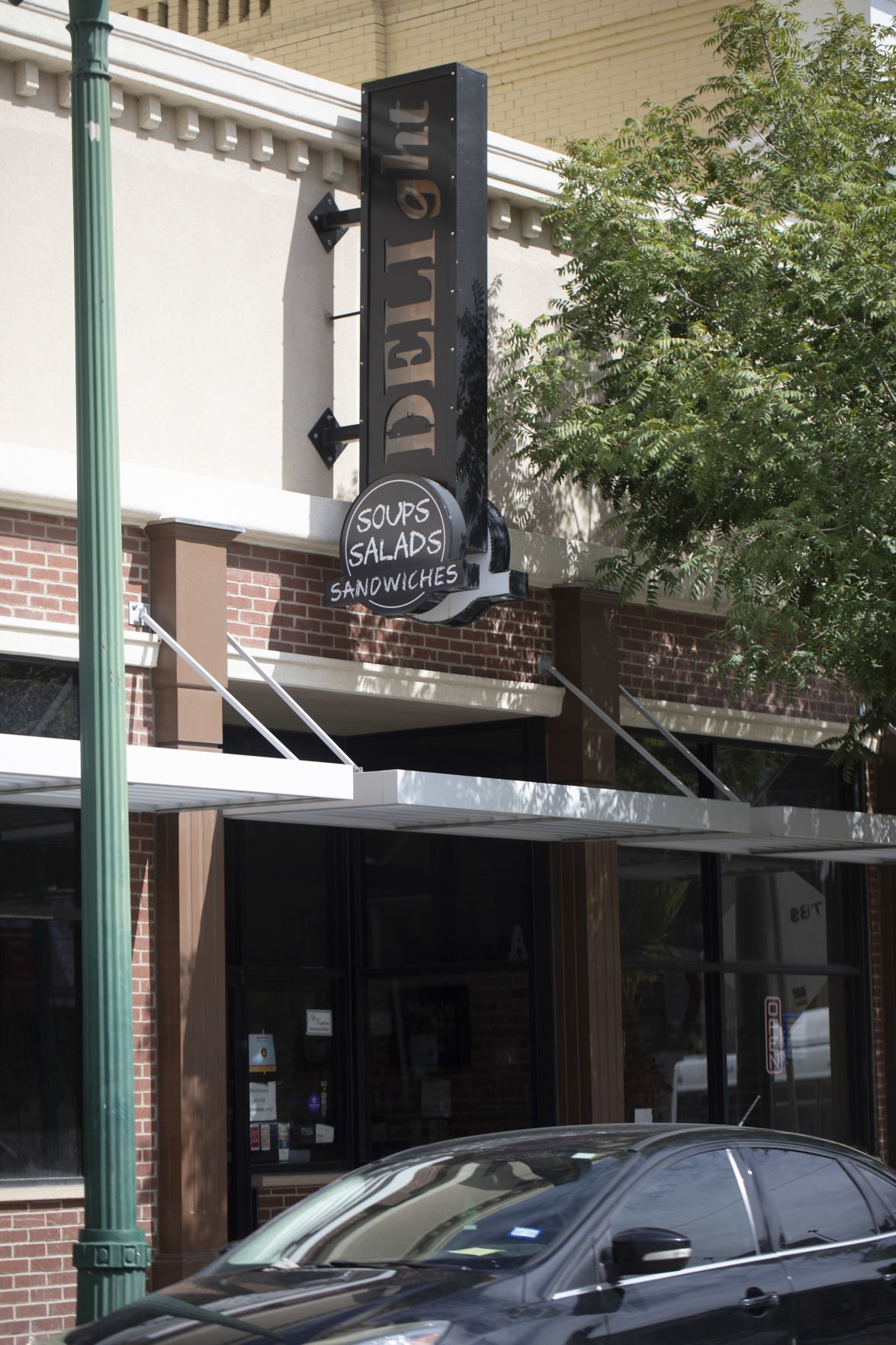 One of Delight’s delightful dishes served up at the Downtown eatery.

“It’s funny how your parents tell you not to play with your food as a kid, but if you do it as an adult, you can make a living out of it.”

That’s how Jose Gonzalez, owner Delight in Downtown El Paso, summed up his journey to becoming a restaurateur as he watched celebrity chef Guy Fieri erupt in a fountain of culinary passion on a TV screen at his eatery.

Delight, 502 N. Oregon, Ste. A, was recently featured on Season 33 of Fieri’s Food Network show, “Diners, Drive-Ins, and Dives,” along with a handful of other borderland favorites.

One day, Gonzalez received an email from the Food Network asking about Delight’s menu and offerings. Within a week, the network reached out to Gonzalez and asked if he wanted to be featured on Fieri’s show. Of course, Gonzalez enthusiastically accepted the offer.

Between the décor and the intoxicating smell emanating from the kitchen, it’s no surprise what attracted Fierri to Delight: It’s essentially a high-end deli specializing in sandwiches, burgers, soups, salads and shawarmas – an awe-inspiring vertical burrito of sorts.

“It’s a dish made of lamb, pork or beef cut into thin slices, stacked in a cone shape, roasted on a slow-turning vertical rotisserie and wrapped in pita bread,” Gonzalez said.

As one can imagine, the staff takes food preparation very seriously. All ingredients are fresh and handmade.

“Nothing pre-packaged,” Gonzalez said, adding that the recipes are originals or learned in Germany.

Naturally, Fieri’s presence has brought nothing but good fortune to the restaurant.

“People have been coming in every day telling me that they saw the restaurant on TV, and ask for pictures with me and the staff,” Gonzalez said, beaming. “People keep congratulating us. It’s pretty awesome that El Paso is getting on the map and we’re a part of it.”

Online: Catch Delight on Season 33, Episode 3, ‘Full of Suprises,’ on the Food Network’s ‘Diners, Drive-Ins, and Dives’ or at foodnetwork.com/shows/diners-drive-in-and-dives/episodes.