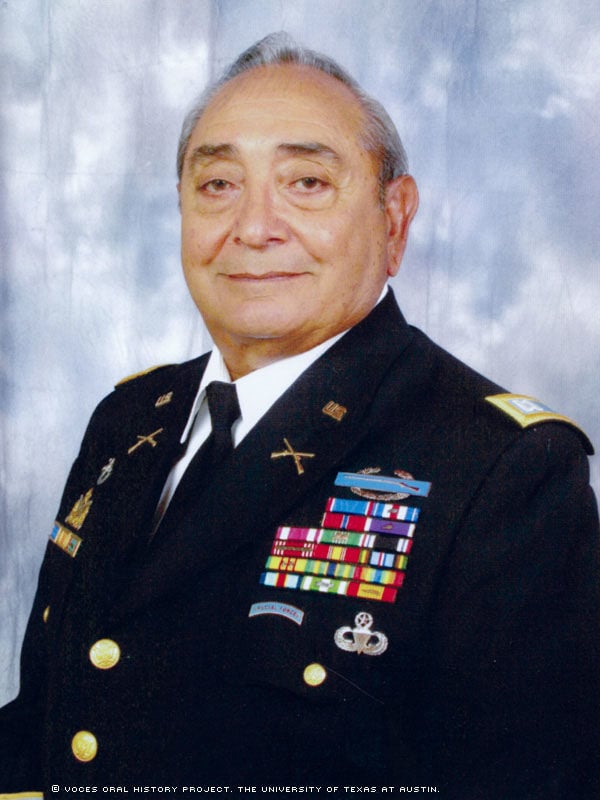 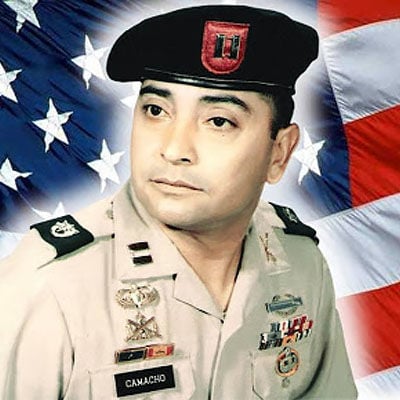 ‘Isaac Camacho, An American Hero,’ by Billy Waugh, tells the story of an El Paso area Army veteran who was a prisoner of war during the Vietnam War. Above is the artwork from the book’s cover.

‘Isaac Camacho, An American Hero,’ by Billy Waugh, tells the story of an El Paso area Army veteran who was a prisoner of war during the Vietnam War. Above is the artwork from the book’s cover.

Memories of being caged, shackled and exposed to the powerful herbicide Agent Orange linger in the mind of retired U.S. Army Captain Isaac “Ike” Camacho, the first American to escape a prisoner of war camp in Vietnam.

Still, Camacho, who spent nearly two years as a prisoner of war, said he would serve again if he could.

“At one point in your life you have to serve your country. This would be one way of serving your country,” the now 81-year-old Camacho said from his home in East El Paso.

Camacho is among the thousands of borderland veterans whose service to the country will be commemorated during Veterans Day on Sunday, Nov. 11.

His life story has been recounted in “Isaac Camacho, An American Hero.” The book by Billy Waugh, a retired Army sergeant major, was released in March by Permuted Press.

Camacho was born in the small town of Fabens in Far East El Paso County on June 3, 1937. He moved to the city of El Paso at 13 years old after his father passed away.

He graduated from Jefferson High School in 1955 and three days after his 18th birthday that same year joined the Army along with four friends.

“Back then, the Army had what was called a buddy system. Four of us from Jefferson, Class of ’55, joined the Army together,” Camacho said. “The Army guaranteed we would stay together for three years. We kind of liked the Army. Those three years went by real fast. We decided to re-enlist and make it a career.”

After serving about eight years, when he was a Special Forces weapons leader, Camacho led his commanding officer to safety and took out an enemy machinegun crew with his automatic rifle and hand grenades during battle. He was then captured along with three others by Viet Cong troops on Nov. 22, 1963, at Camp Hiep Hoa.

He and the others were forced to march 93 miles near the Cambodian border. He was forced to work long hours and was typically caged, shackled or tied to a tree, Camacho recalled.

Camacho said some of the worst days as a POW were when he was nearly starved and had to eat whatever was at hand – including the Viet Cong’s leftovers, rats, cockroaches, crickets and even elephants and monkeys.

“They usually gave us the fat part of the monkey. We weren’t starved to death, but they gave us the worst of the worst. I almost lost my life in the cage. I caught malaria, hepatitis, irritable bowel syndrome,” Camacho recounts.

“I went through a lot of things. The camp got sprayed with Agent Orange one time,” he continued. “We caught fevers a lot of times. The mosquitoes weren’t too friendly there either. It was pretty tough but we held out.”

Camacho escaped the camp on July 9, 1965, during a monsoon, slipping through the bars of his cage and hiding in the jungle for four days until he reached U.S. forces.

“I planned my escape and put it into effect and everything worked out,” he said.

He was honored by President Lyndon B. Johnson and later by then-Texas governor George W. Bush.

He received two Purple Hearts, two Silver Stars and the Bronze Star, among other military awards and decorations.

After his Army career, he worked with the U.S. Postal Service for more than 20 years and retired in June 1997.

Over the years, Camacho traveled to schools nationwide to talk about his military experience and urged students to stay in school and out of gangs.