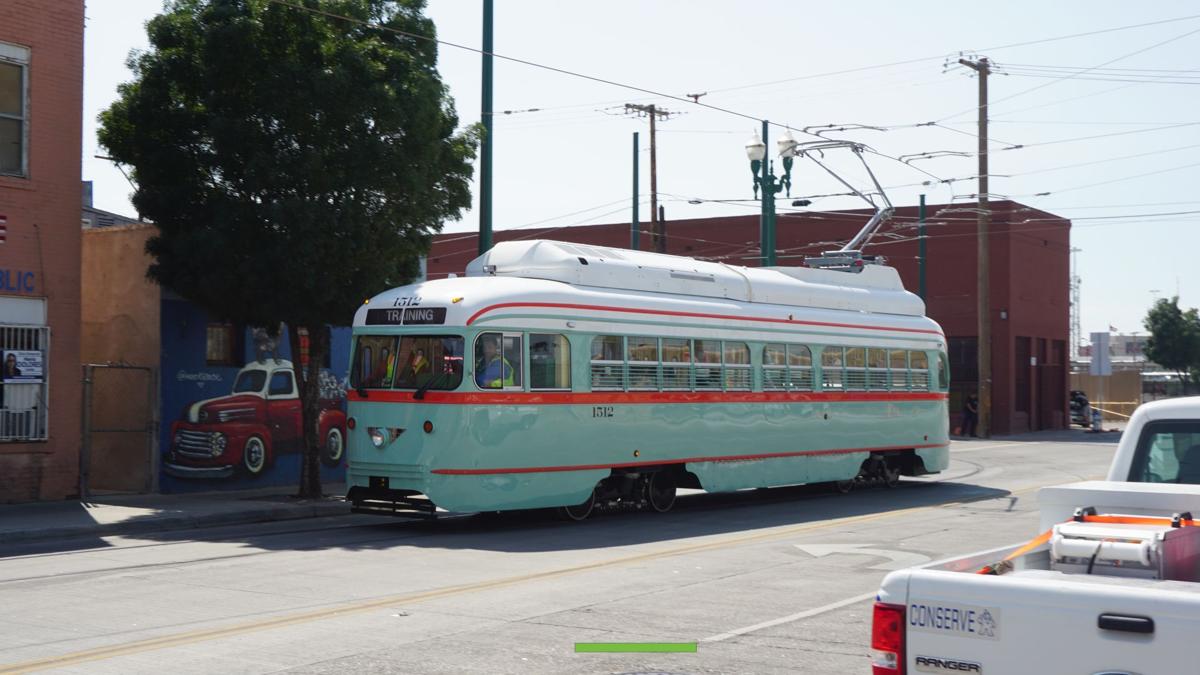 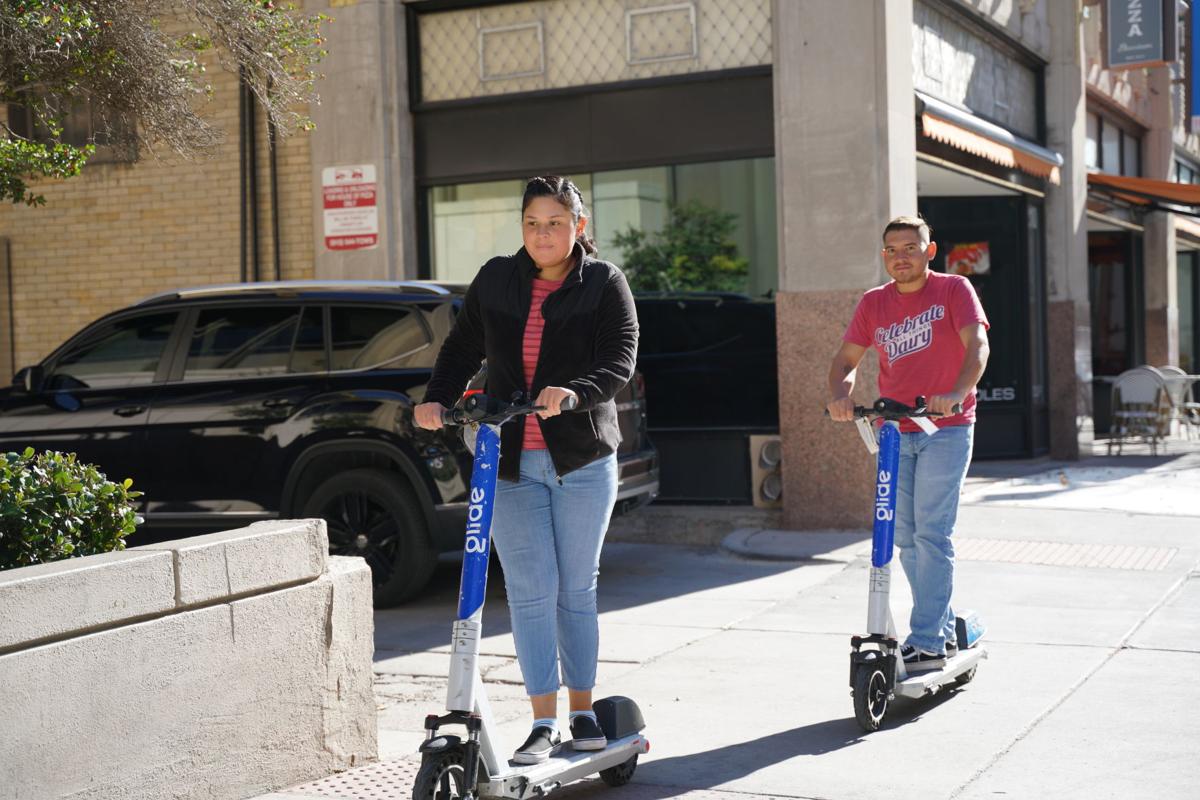 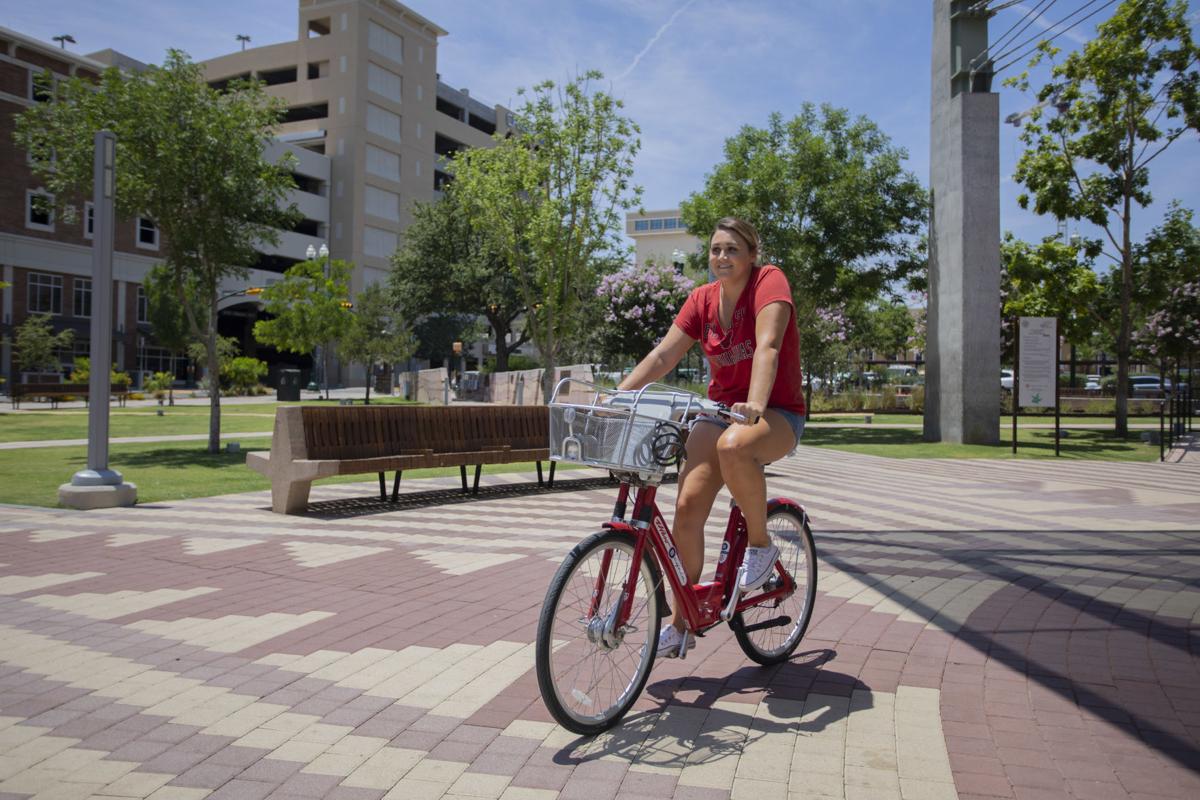 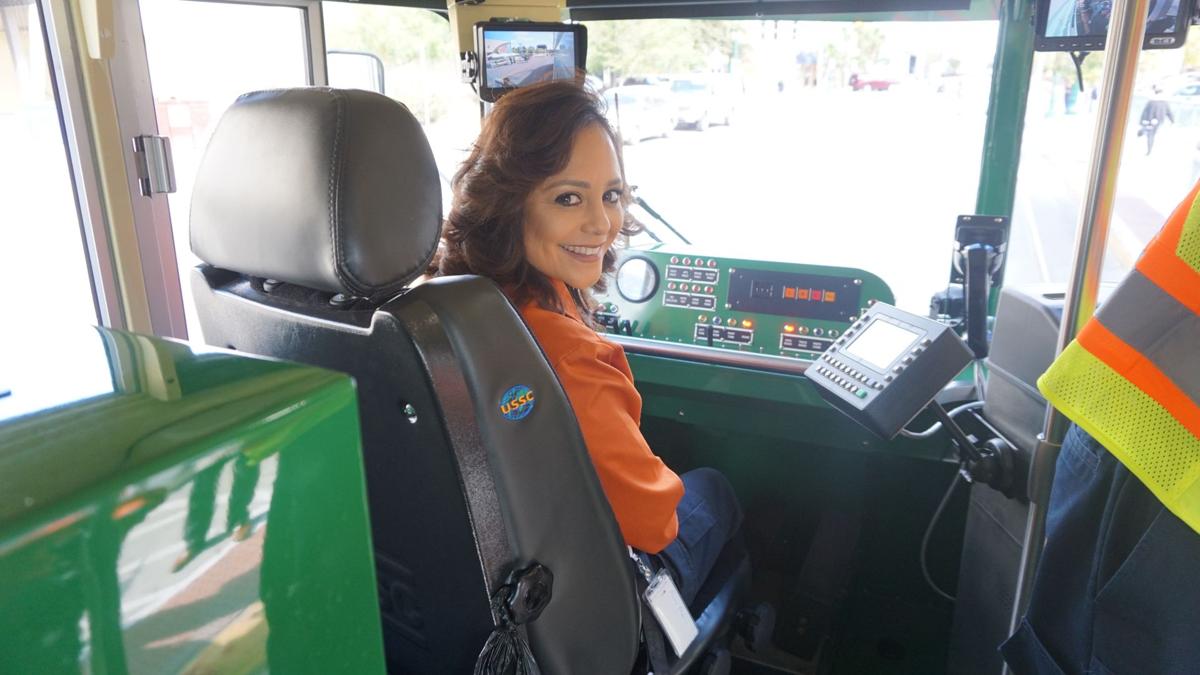 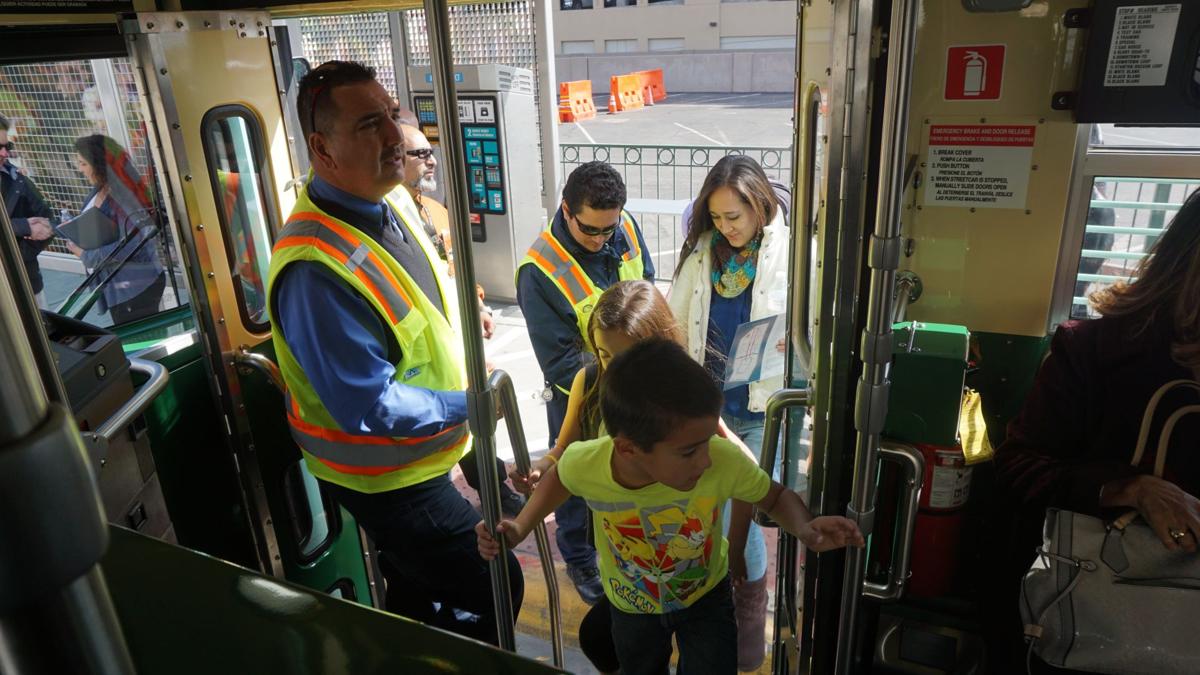 The El Paso Streetcar is engrained in the city’s history, starting in the 1880s when mule-drawn carts served as the first transportation system in the region.

The first electric streetcar network operated in 1902, and expanded and evolved until the early 1970s when they were taken off line.

In November 2018, the streetcars made a triumphant return to the Sun City, offering a nostalgic ride in the refurbished cars that long ago operated on city streets.

Today, the streetcars offer one fun form of urban transportation in Downtown and around the University of Texas at El Paso.

Glide El Paso electric scooters and the SunCycle Bike Share & E-Bike program also help you get around those areas.

The streetcar system brings the city to the cutting edge of urban design – and takes El Paso back a century when the first trolley replaced a mule pulling a wagon.

It is convenient, fun, hip and historic all at the same time.

“People are using their imaginations and coming up with great ideas to utilize it,” said city Rep. Peter Svarzbein, who was instrumental in the city’s restoration of six of the vintage cars and the construction of 4.8 miles of track.

For many locals and visitors, the streetcar can be an easy hop-on, hop-off tour of many of the region’s top cultural and architectural treasures. The route is a veritable checklist of museums, sights and historic buildings.

For others, it’s a way to get Downtown for concerts, festivals and baseball games and save the hassle of parking and walking long distances.

“The streetcar goes through the heart of our state-recognized arts district and stops at so many restaurants, bars, businesses, and historic neighborhoods, it’s activating Downtown,” Svarzbein said.

Even lifelong borderland residents say that looking out the windows of the comfortable streetcars gives them a new perspective on the city.

For visual art, you can see important European paintings dating back to the 1400s at the Kress Collection in the El Paso Museum of Art or current works by local artists at the Hal Marcus Gallery on Oregon Street.

Cross-campus walks from the UTEP stops take you from ancient Bhutanese art and a potpourri of exhibits at the Centennial Museum to 21st-century works at the Stanlee and Gerald Rubin Center for the Visual Arts.

For local history, walk through Segundo Barrio and see the past captured on wall murals at the international bridge or tour the El Paso Museum of History and play on the huge, interactive digital wall there. For international history, visit the El Paso Holocaust Museum.

In December, the city’s WinterFest was a prime streetcar destination as it rides around the Downtown holiday spectacular, including San Jacinto Plaza, the Arts District and the convention center.

What: The electric streetcars are powered by overhead cables and run along tracks on the ground. Air conditioning, Wi-Fi and bike racks are among amenities.

Where: Circulates on a 4.8-mile route in two loops through Downtown (along shopping district, arts district, convention center, ballpark) and uptown around UTEP (Rim and Kern neighborhoods and the Glory Road Parking Garage).

How much: Free rides through the holidays.

What: The program has both regular pedal bikes (with basket, lights and a bell) powered by you; and electric bikes that move with a small battery-operated motor that makes peddling easier. Pick up and return at any kiosk station.

How much: Download the app to find various prices/passes, including $6 day pass for unlimited 30-minute checkouts; extra fees for over 30 minutes; or pay $2 more every 30 minutes

What: Dockless electric scooter sharing program; find the app under “Glide” and go to “map” to locate a scooter. Scooters can be picked up and parked along any sidewalk (use kickstand to park) away from pedestrian traffic. Must be 18 or older and have valid driver’s license.

Where: Perimeter extends from about the Santa Fe international bridge to Executive Center Boulevard and includes most of Downtown and the Cincinnati Entertainment District around North Mesa Street.

How much: $1 to start; minute-by-minute rates vary by location; you must first add money to your Glide account in the app to begin riding.