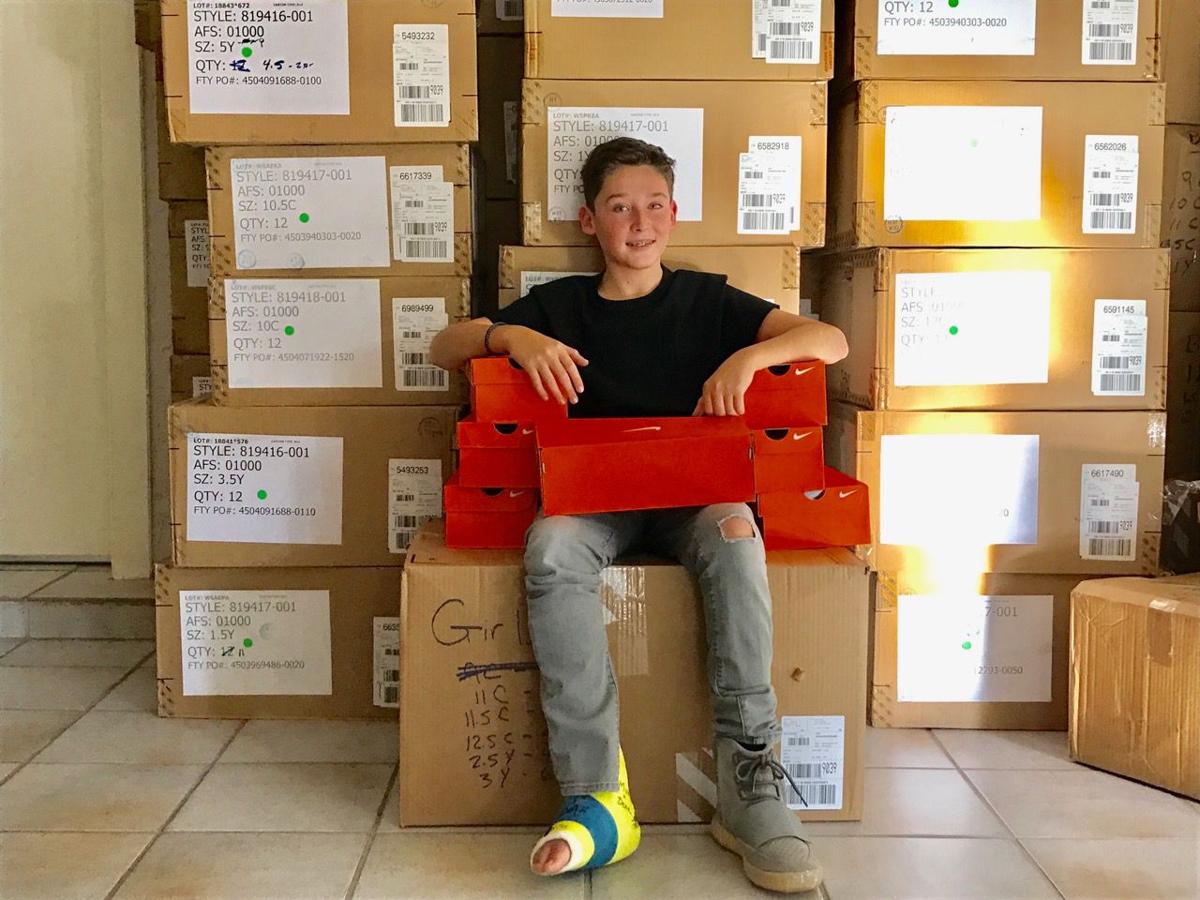 Drew Frank, 13, with some of the running shoes he will give to students at Beall Elementary School on Monday. ‘Drew’s Sneaker Giveaway’ was launched in May at his bar mitzvah. 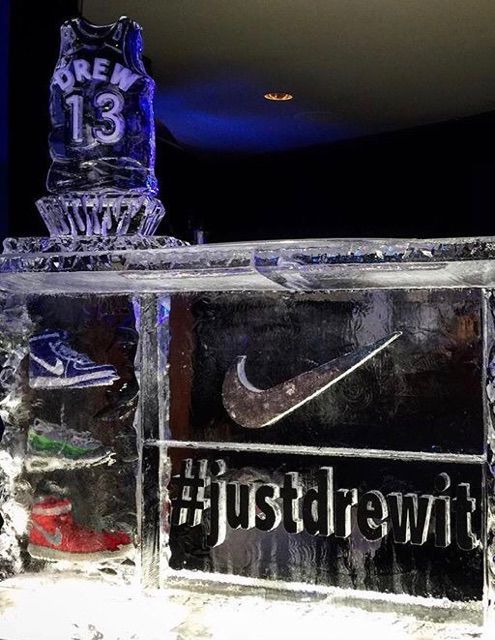 Drew’s bar mitzvah had a sneakers theme, with colorful shoe centerpieces, real basketball shoes encased in an ice sculpture and its own hashtag, #Just Drew It. 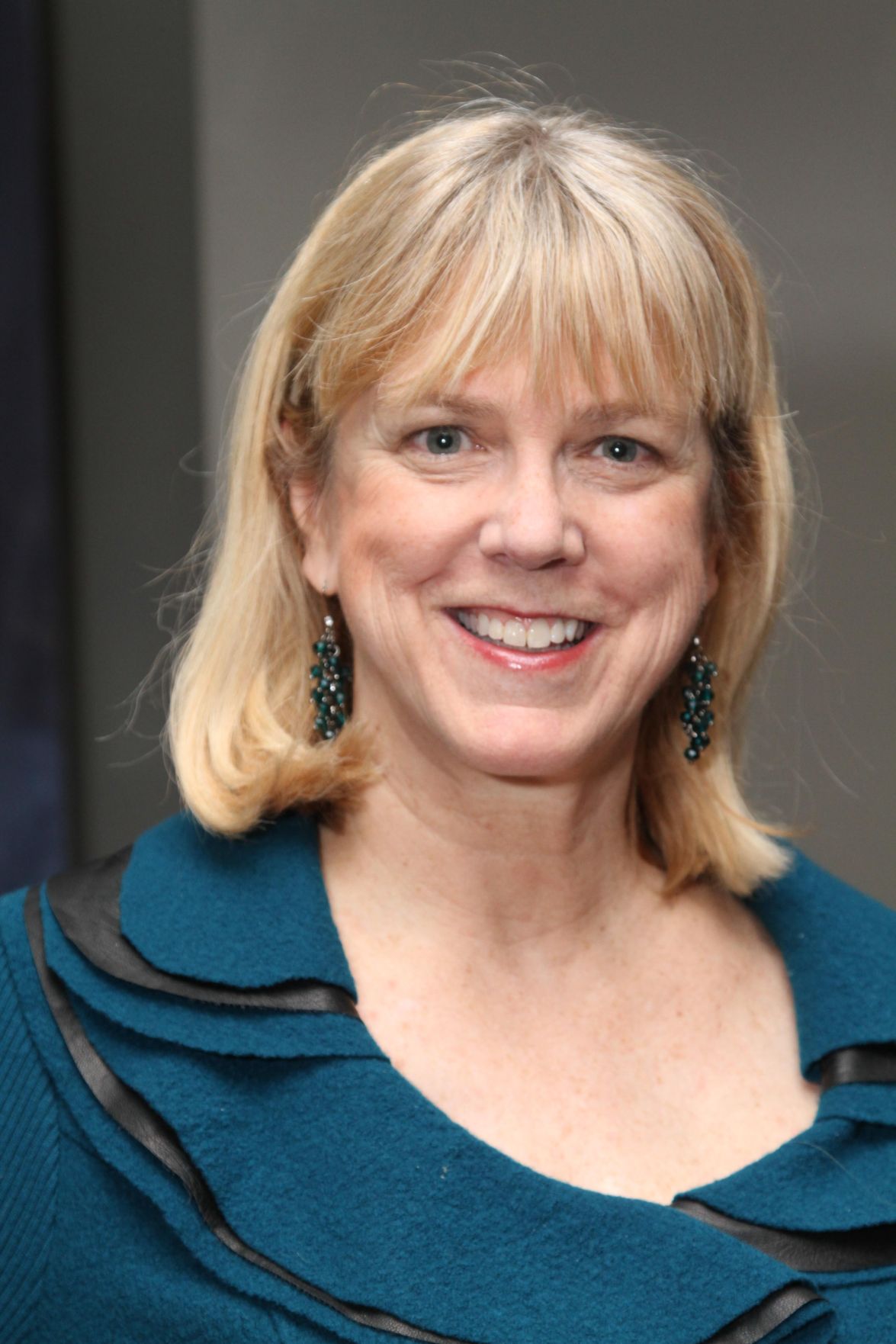 Drew Frank, 13, with some of the running shoes he will give to students at Beall Elementary School on Monday. ‘Drew’s Sneaker Giveaway’ was launched in May at his bar mitzvah.

Drew’s bar mitzvah had a sneakers theme, with colorful shoe centerpieces, real basketball shoes encased in an ice sculpture and its own hashtag, #Just Drew It.

Teenagers don’t always think of what those less fortunate than themselves might need, but Drew Frank, who turned 13 this year, is not an average middle school student.

Not many kids his age can make a difference for hundreds of children, but that’s what will happen Monday at Beall Elementary School, when Drew carries out his dream of giving running shoes to children who could use a new pair of shoes.

“Drew’s Sneaker Give-Away,” as he calls the project, was launched in May at his bar mitzvah, the traditional coming of age celebration that marks a child’s entry into Jewish adulthood.

As part of that transition into greater responsibility for the larger community, students select and carry out service projects in conjunction with their religious studies.

“When I was thinking of an idea to work on for my bar mitzvah, I wanted to do a project that was involved with something I enjoyed and liked a lot – and I have a passion for sneakers,” says Drew.

“So I decided to raise money to buy sneakers for kids who are less fortunate than me.”

Supporting Drew with his project are his proud parents, Dana and Adam Frank, and his two younger brothers, Jamie, 12, and Lane, 8.

To add to the fun, the bar mitzvah party in Los Angeles featured a sneakers theme, with colorful shoe centerpieces and real basketball shoes encased in an ice sculpture. The event slogan and hashtag, #Just Drew It, was a fun take on Nike’s popular slogan, “Just do it.”

Drew, who has been on crutches after his most recent surgery to correct a congenital foot problem, knows his sneakers. “I’ve always liked sneakers, especially basketball shoes, since I was young,” Drew says. “Then I became interested in other kinds of sneakers and wearing shoes in different styles.”

“You could say he is an avid collector,” adds his father. New models of shoes come out all the time and popular sneaker brands are a big part of street culture fashion trends.

To raise money for his shoe giveaway, Drew asked for donations in lieu of the usual bar mitzvah presents. So instead of taking gifts to Drew’s bar mitzvah celebration in May, the 250 attendees took checks. The final tally was almost $30,000 – enough to buy nice Nikes and new socks for a whole school full of children, plus almost 70 kids at the Lee and Beulah Moor Children’s Home.

“We always try to instill the importance of giving back to the community through volunteering and generosity,” says Dana, an active volunteer who serves on the board of the local Make a Wish Foundation. “The boys have helped out a lot. ”

After Drew came up with the idea, his parents wondered about how to carry it out – whether to start a nonprofit entity, where to get the shoes and so forth. They reached out to their friend Amy Marcus, the longtime coordinator of what must be one of the largest shoe donation programs in the country, the Braden Aboud Memorial Foundation’s B-Strong Shoe Giveaway.

The girls’ and boys’ running shoes that Drew is donating have been stored at the home of Clement and Amy Marcus, who have been active with the foundation since its inception in 2007. Amy, who has known Dana since she was born, has coordinated the B-Strong Shoe Giveaway for eight years.

She says that out of all the volunteer programs she has worked with, this is her favorite.

“As far as a hands-on, feel-good project, there’s nothing like this,” she says. Some children are wearing shoes held together by tape or stuffed with newspaper to keep them from falling off. “The poverty that we have in parts of El Paso is hard to believe. The kids are so excited and so grateful.”

The shoes are ordered from the local Nike distributor who sells them to the foundation at cost, with no profit for himself. The foundation also adds socks to each shoebox, donated by Cindy (Eisenberg) and Louis Cohen, other longtime volunteers.

Once the foundation helped the Franks identify an appropriate school, Dana Frank went to meet the Beall Elementary School principal, Maria Guerra. “She was just thrilled that the students would be receiving shoes,” she recalls. “They’re going to have a pep rally before the shoes are distributed and the children are making signs for it.”

After the pep rally, some volunteers will measure the children’s feet and others will help them try on the shoes to ensure a good fit. Among those volunteers will be Drew’s classmates from St. Clement’s School, along with student council members and cheerleaders from Coronado High School, where Braden Aboud would have attended.

“The gift that Drew Frank is giving these kids is awesome and so needed,” says Amy Marcus. “This is what Drew wanted to do and it is truly an amazing blessing.”