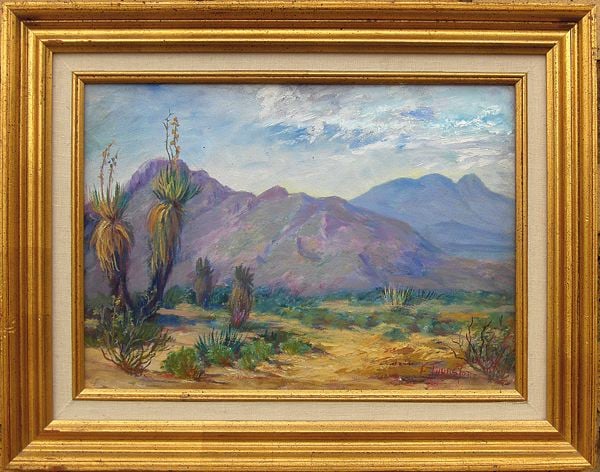 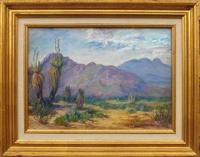 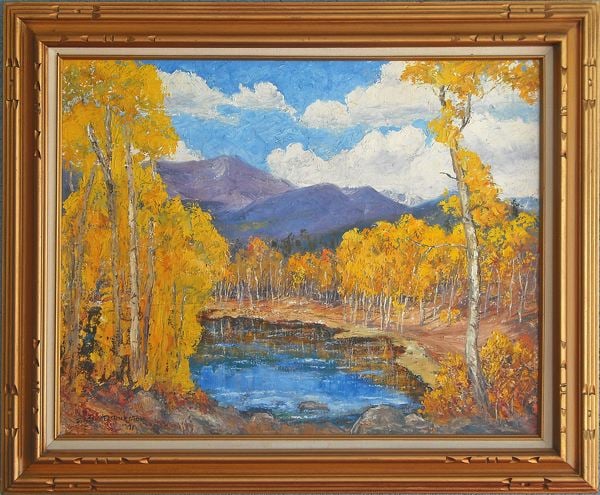 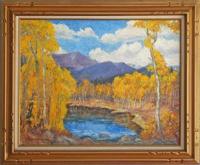 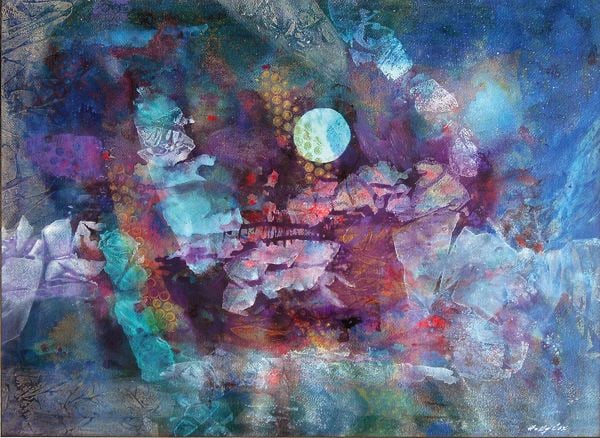 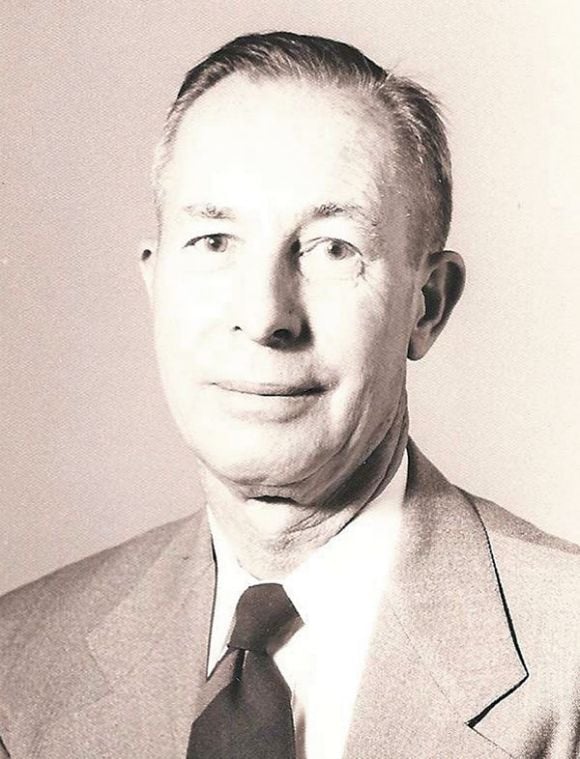 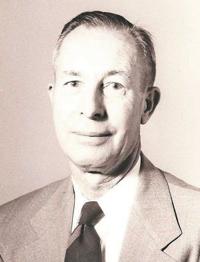 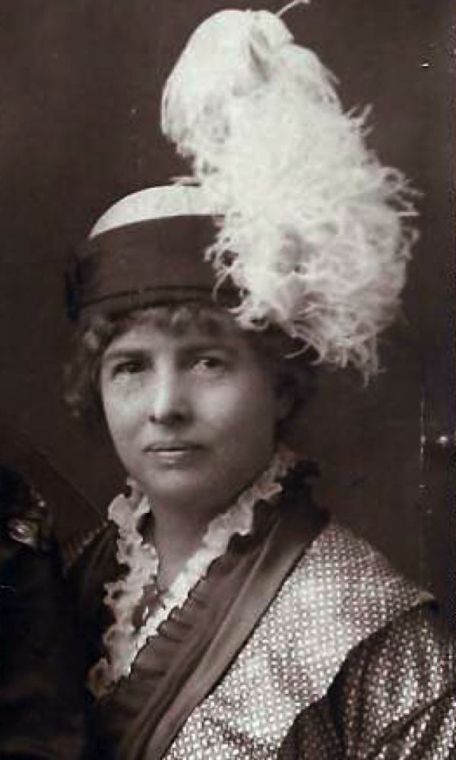 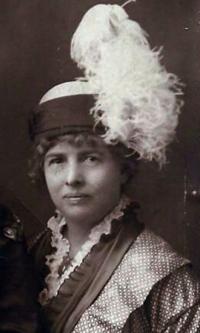 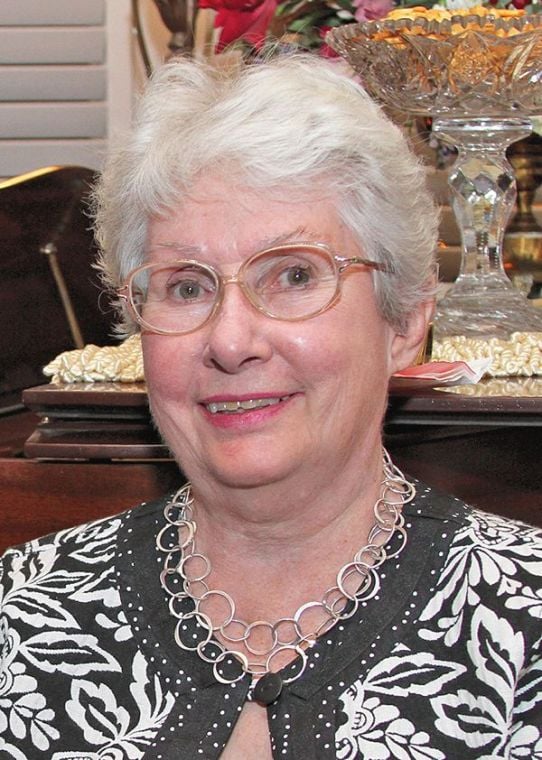 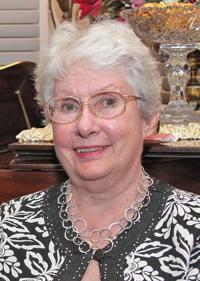 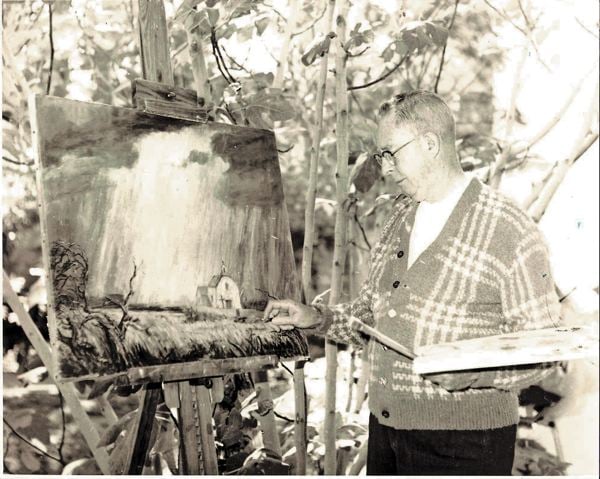 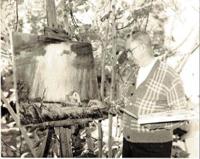 Opening at the Hal Marcus Gallery on Feb. 21, “3 Generations” is a captivating exhibition that showcases the visual diversity of three generations of El Paso artists: Fern Thurston (1870-1956), her son, Eugene (1896-1993), and her granddaughter, Holly Thurston Cox, who was born in 1932. Together, their paintings have enriched the El Paso community for more than 107 years.

As the first family exhibition honoring this award-winning trio, the event is remarkable not only in highlighting their work and the contributions each has made in building the local art community, but it also provides fascinating insights as to how the elements of nature and nurture combined to foster this rich artistic legacy.

The 20th century was just six years old when Fannie Palmer Thurston, her husband Thomas, and their two sons, Eugene and Charlie, arrived in El Paso. Having been mentored by mother-in-law Emma at their home in Memphis, Tenn., Fannie – who preferred to be called Fern – quickly began sharing her talents by teaching classes in oil, watercolor and china painting. She continued her own studies with highly regarded artists such as Dey de Ribcowsky, Xavier Gonzalez and Rolla Taylor.

Fern was anxious to gain greater exposure for her paintings, but art galleries were few in the early 1900s, so she joined other locals who showed their work in the El Paso Woman’s Club exhibits, the San Jacinto Plaza outdoor shows and others sponsored by the El Paso Library, the Chamber of Commerce and the Garden Club.

Not wishing to call attention to her feminine status in a male-dominated field, Fern signed her vibrant landscapes and lush florals as “F. Thurston,” making the signature distinctive by crossing each T twice.

She continued the family teaching tradition by instructing son Eugene in the basic elements of fine art, nurturing an artistic career that would span more than seven decades.

The creative youth put his talents to use at El Paso High where he drew cartoons for the school publication, The Tatler. After graduation, he joined the Army and served until the end of World War I. When he returned to El Paso, Thurston enrolled in a correspondence course in industrial art and studied privately with his mother’s teacher, de Ribcowsky.

In addition to drawing political cartoons for local newspapers, the young artist used his knowledge of printmaking and graphic design to establish his own greeting card business. Featuring depictions of local mountains and desert scenes, these sold in retail outlets from Santa Fe to San Antonio.

During the 1920s, local artists such as Fremont Ellis, Audley Dean Nicols and Lewis Teel built lasting friendships and mentored each other’s work. In fact it was Nicols and artist/gallery owner Harry Waggoner who first encouraged Eugene Thurston to try his hand at oil painting. He found his true calling, and by the late ‘20s and early ‘30s, his evocative images were being shown in exhibitions and galleries in New Mexico, Arizona, Colorado and Texas.

In 1940, Eugene began teaching commercial art at the El Paso Technical Institute, sharing his knowledge with younger artists, until he retired in 1966. In his leisure time, he continued to hone his own skills.

With easel and palette always at hand, he sketched and painted wherever he and his family traveled, in locations as distant as Hawaii and the Caribbean. Mountains were often his subject of choice, especially those with a proximity to El Paso, including Arizona’s Superstitions, Albuquerque’s Sandias, the Franklins and the Guadalupes.

Daughter Holly Cox remembers, “Mountains in my dad’s paintings always evoked a feeling of tremendous weight. He insisted they look like mountains and not something soft and floaty.”

Even into his 80s, Thurston was so adamant about capturing the reality of favorites such as El Capitan that in an interview with Hal Marcus he stressed, “The old-fashioned calendar picture of pretty colored mountains without any back bone has no place in the mentality of painter’s with modern tendencies.”

In 2003, when the University of Texas El Paso mounted a retrospective exhibition of Thurston’s paintings, President Diana Natalicio clarified the essence of his work, saying, “Thurston’s paintings exhibit a true reflection of the colors of the desert. He clearly loved his subject, and it is important for viewers to be able to see that quality through his eyes.”

The third person in this family, and still actively painting, Holly Thurston Cox creates works that provide a very different vision. She is best known for colorful abstract water media paintings that have received acclaim in exhibitions in Texas, New Mexico and California.

Cox received her first tubes of paint, a palette and palette knife from her father. “I hadn’t yet learned that you could make a third color such as green just by blending blue and yellow. I continued to experiment by mixing all sorts of pigments together, getting lots of muddy browns, but I think this was the beginning of my life long love of color,” she recalls.

As early as the 1930s, Eugene and Fern entered the same exhibitions, often sharing in community firsts like the Sun Carnival Exhibit in 1949, and El Paso Art Association Exhibit the following year. Mother and son were also instrumental in founding local arts organizations. Fern passed on her talents through the Woman’s Club Art Study Group and the El Paso Art Guild, while Eugene helped found the Del Norte Arts and Crafts Guild and the Far Southwest Art Association, and he was a charter member of the El Paso Art Association, serving two terms as president in 1950 and 1951.

Not to be left out, Cox began showing her work even before finishing her degree at Texas Western College, so it was not unusual for all three family members to have paintings juried in the same exhibit.

Like her father, Cox was also an avid supporter of the El Paso Art Association, serving as its president in 1971.

Over the years, each artist has received individual recognition, as well. Years after her death, a growing interest in Early Texas painters and exhibitions such as the 1993 “Women Artists of Texas 1850-1950” at the Panhandle Plains Historical Museum in Canyon, Texas, brought renewed interest in Fern Thurston’s paintings. Locally, two of Fern’s paintings were included in the 1996 Exhibition “Texas Women Painters 1900-1960” hosted by the El Paso Museum of Art.

The list of Eugene Thurston’s exhibitions and awards would fill pages, but one of the most significant validations of his work by his El Paso peers came when he was inducted as a member of the El Paso Artists Hall of Fame in 1995.

In 2010 the El Paso Museum of Art showcased the work of all three in its exhibit, “Into the Desert Light: Early El Paso Art 1850-1960.” In carrying on the family legacy, Cox is also quick to give credit to another family member, her niece Carol Price Miller, whom Holly says contributed countless hours working on several books, including “A Guide to Early El Paso Artists” and most recently “Into the Desert Light,” which included paintings and bios of the artists.

On the bright side, the family painting legacy seems to be continuing in the form of the Cox’s 7-year-old granddaughter, Heather, who frequently starts her day by getting out brushes, paints and paper, and announcing, “I want to paint.”