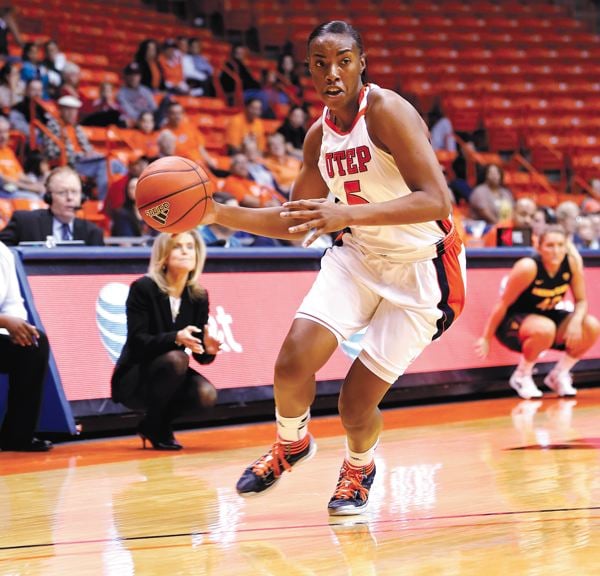 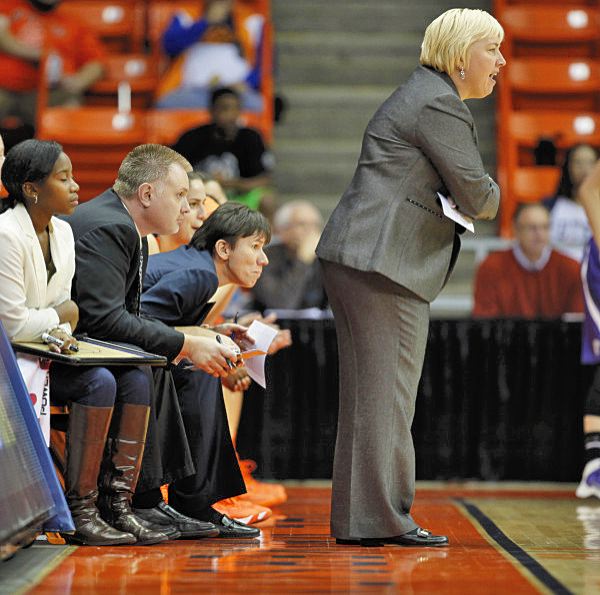 These are dark days for football and men’s basketball at my alma mater. Football was a disaster – and now the basketball team goes and drops two games in a row to, of all people, the New Mexico State Aggies.

Now don’t get me wrong. I love the Aggies. I root for them whenever they’re not playing the Miners. But really, it’s always been standard policy that if a coach wants to keep his job at UTEP he should not lose to the Aggies.

I know that’s sort of a snobbish policy, and I’m not saying Miners basketball coach Tim Floyd is in any kind of trouble. But doggone it, no matter how good the Aggies are, the Miners aren’t supposed to lose two in a row to our New Mexico neighbors. It hurts too much.

AH, BUT let’s look at the bright side. The Lady Miners – oops, I’m not supposed to call them that anymore. I mean the Miners’ women’s basketball team this season seems to be not just a good team but also a super one. What coach Adams has done, and is doing, ranks close to the phenomenal.

The Miners won their first four games for a third straight year, aided by back-to-back wins of at least 45 points for the first time in school history.

As outstanding El Paso sports statistician/analyst Charles Hill puts it, “The Lady Miners have a very good basketball team and could easily make the NCAA Tournament if they can remain healthy. Please encourage your readers to support the team. The team deserves good crowds but regularly plays before the same 1,000-1,500 fans. People would get hooked if they would come to one game and watch the team play.”

BUT DON’T GIVE up on the men’s team yet. Hill adds:

“I see your crystal ball is back at it. I like the orb’s optimism and hope it is right about the playoffs. I got out my basketball magazine and looked at each of UTEP’s remaining games. I can see a 22-9 regular season record but the schedule is so weak that a 22-9 record won’t get them any place. Upsets against Tennessee and Iowa/Xavier would certainly help if UTEP wants to make the NCAAs.

“I can see anywhere from a second to fifth place finish in C-USA. Southern Miss, UAB, Charlotte, and LA Tech are the main contenders. I think the only way UTEP gets to the NCAAs is to win the C-USA Tournament. There’s a good chance of that since the tourney is in El Paso. Hopefully UTEP gets more production out of its guards as the season progresses.”

TRIVIA QUESTION: Two brothers were on El Paso High School teams that won a state basketball championship in different years. Can you name the brothers? Answer at end.

WANT TO HEAR a really wild rumor? One fellow golfer says he heard Lee Trevino is interested in returning to, and renovating, Santa Teresa Country Club.

FLIP LYLE, like Old Man River, just keeps on rolling, or rather running, along.

TALKING ABOUT amazing, I found a great way to get my new book, “The Good, the Bad and the Funny of El Paso Sports History,” to anyone interested. Mesa Publishing has an agreement where if you go to Amazon.com and purchase it, Amazon notifies Mesa immediately, I autograph it and you’ll have it in your hands the next day. Now that’s service.

ANSWER TO trivia question: Mario Palafox helped El Paso High School win the state title in 1941 and his brother, Jose “Pepe” Palafox, helped the Tigers win the state crown in 1947. Both were named to the All-State team and both became doctors of medicine.